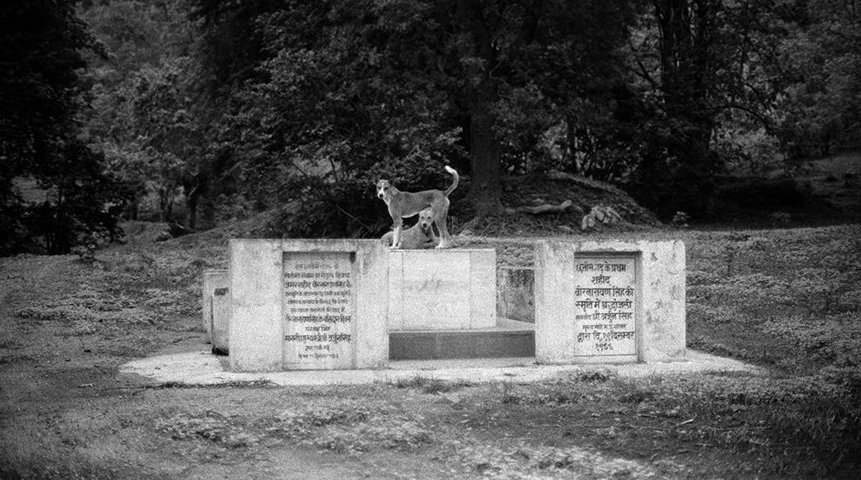 TEN TALES OF FREEDOM – 6: In Chhattisgarh, Veer Narayan Singh sought no charity, but gave his life fighting for justice 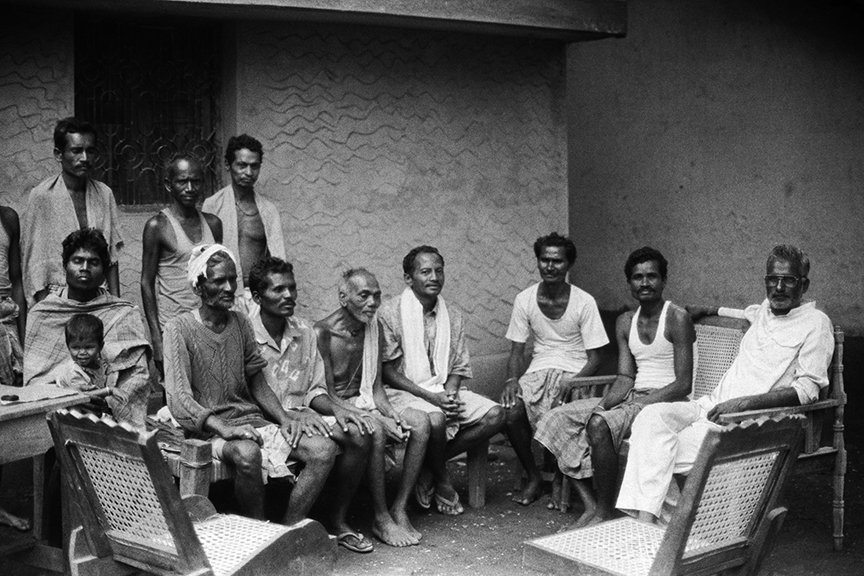 Some of the villagers initially call Veer Narayan Singh a ‘bandit’, but their view softens by the time we leave

“Veer Narayan Singh?” says Sahasram Kanwar of Sonakhan village in Chattisgarh. “He was a lootera , a bandit. Some people have made him out to be a great man. Not us.” Quite a few of those sitting around nod in assent. Some weigh in with similar comments.

It was heart-breaking. We had come a long way in search of Sonakhan. This was the nerve centre of a Chattisgarh tribal revolt of the mid-1850s. One that began before the great uprising of 1857. And which threw up a genuine folk hero.

This is the village where Veer Narayan Singh rose against the British.

Near famine conditions here in the 1850s pushed matters to the brink. As things got worse, Narayan Singh of Sonakhan faced up to the feudals in the area. “He did not seek charity,” says Charan Singh, the oldest Adivasi resident in this largely tribal village. He alone seems to hold a more generous view of Narayan Singh.

“He asked the merchants and lords to open the godowns and let the poor eat.” Like in so many famines, the granaries were full. “And he said that when the first crop came, people would replace the grain they were given. When they refused, he led the poor to seize and distribute the grain.” The struggle that followed spread across the region as the tribals took on their oppressors. 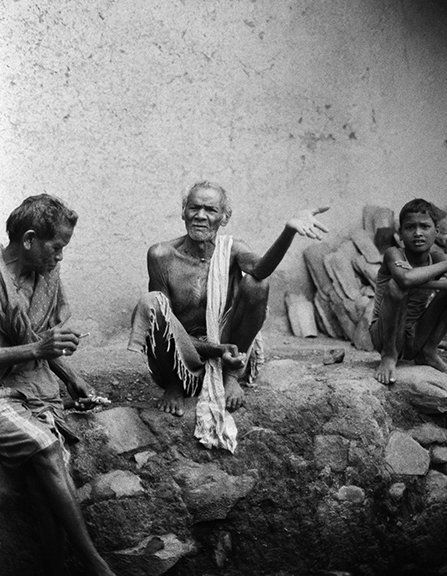 “He did not seek charity,” says Charan Singh, the oldest Adivasi resident of Sonakhan, who alone seems to have a more generous view of Veer Narayan Singh

“The conflict began well before the 1857 uprising,” says Prof. Hiralal Shukla of Barkatullah University, Bhopal. Yet, says Prof. Shukla; “It later networked with the rebels of 1857.” Which means the sacrifices of the Chattisgarh tribals came around the time the elite of Bombay and Calcutta were holding meetings to pray for the success of the British.

In 1857, the British hanged Narayan Singh in Raipur.

People in Sonakhan do not mock the sacrifices that led to freedom. They have made many themselves. Jaisingh Paikra, a marginal farmer, believes “fighting the British was correct. This is our country.” He values the last 50 years “though the poor have got much less” out of it.

Hunger is still an issue in Sonakhan – which is not quite the gold mine its name suggests – as it is for many tribal and non-tribal poor in Chattisgarh. “Last season,” says Shyamsunder Kanwar, “you would have found even less people than the few you see today. At times, we all have to migrate to earn something.” That’s one reason the literacy drive here has collapsed.

Sonakhan is in the middle of a sanctuary. So, many forest-related issues of past and present are still alive. And the region is firmly under control of the kind of forces that Veer Narayan rose against. Merchants, money lenders, feudal elements. “Sometimes, we mortgage land to survive,” says Vijay Paikra, another farmer. 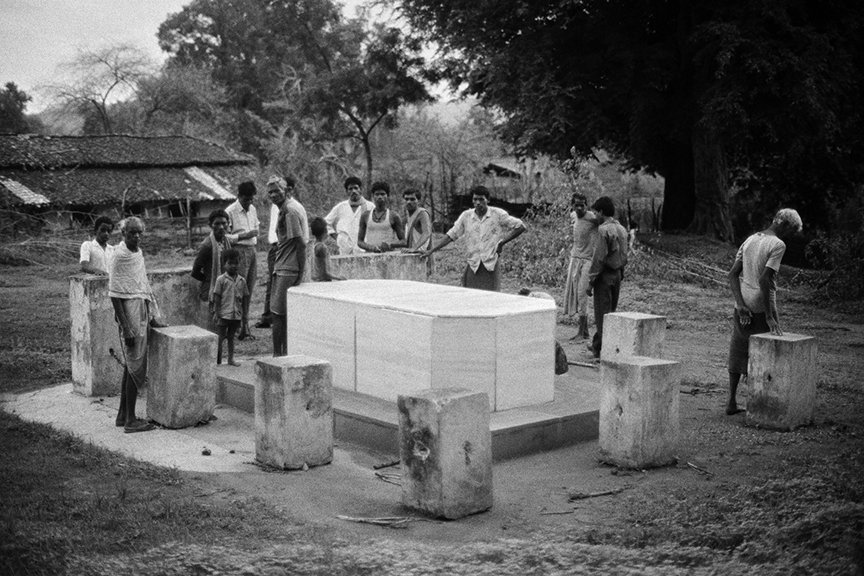 Some Sonakhan villagers accompanied us to the samadhi

With all those issues alive, why is Veer Narayan’s memory dying in his own village?

“The answer to that,” says an official in Bhopal, “may have less to do with the past than with the politics of Madhya Pradesh in the 1980s and ’90s.”

“Arjun Singh came [in his helicopter] almost 13 years ago,” recalls Charan Singh. “And he opened a hospital here. This April, there were more big men. [Ministers Harvansh Singh and Kantilal Bhuria and also Vidya Charan Shukla.] They also came by helicopter. In between, some others, too, have come.”

It takes two hours by road to cover the 100 kilometres from Raipur to Pithora, the nearest point to Sonakhan. But it takes over two hours to cover the remaining 30 kilometres to the village. “If someone falls seriously ill here, we have to carry them 35 kilometres through the jungle for medical help,” says Jaisingh Paikra.

But what about Arjun Singh’s hospital? “It has never seen a doctor since it began 13 years ago,” says Paikra. It has a compounder who is happy to write out prescriptions. But the medicines have to be bought outside. 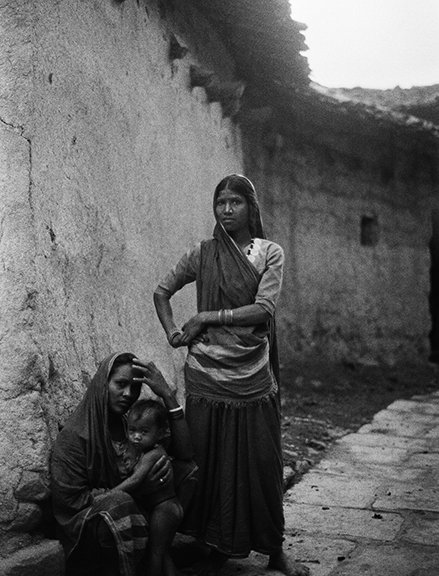 Hunger and poor health care are still issues in Sonakhan, as these women explain

So what was it that brought the “ bade log ” here? And what did they actually do?

“Each time they come it is the same,” says Paikra. “They make speeches about Narayan Singh and give money and gifts to one family: his descendants.” We could not find the descendants.

“They are never here. Who knows if they are really his descendants,” says Charan Singh. “They say they are. But they do not even worship at the village deity’s shrine.”

“Yet, they corner everything,” charges Paikra.

The official volumes of the state government listing the freedom fighters of Madhya Pradesh are intriguing. Thousands of Adivasis lost their lives fighting the British. But it is virtually impossible to find tribal names in the lists. Not in Chattisgarh. Nor in Bastar. But Mirdhas, Shuklas, Agarwals, Guptas, Dubeys, dot the volumes. History, as written by the victors. 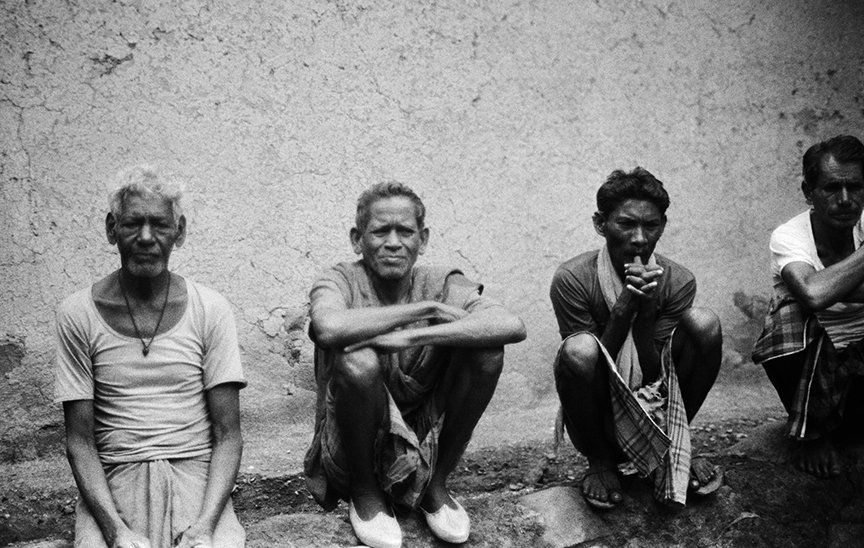 In the mid-1980s, Arjun Singh – then chief minister of Madhya Pradesh – sought to undercut his main rivals, the two Shukla brothers. One, Shyama Charan Shukla, was thrice chief minister of the same state. The other, Vidya Charan Shukla, was a union minister several times. Their bastion was – and to a reduced extent still is – Chattisgarh. In the battle for supremacy within the state Congress, Arjun Singh went after them. And Veer Narayan was recruited as an ally.

Narayan Singh may not have figured in the history books. Yet, he was an authentic hero for people in this region. Now, however, he was adopted by the State.

The boosting of Veer Narayan Singh was, in fact, the cutting to size of the Shuklas. Who were Chattisgarh’s real heroes? The tribal leader? Or the elite Shuklas? Who did the great traditions of Chattisgarh belong to? The past was now a cloak to very contemporary political battles. In deifying Veer Narayan, Arjun Singh was placing himself on the side of the tribals, against the Shuklas.

Soon, the state machinery was re-creating an official avatar of Narayan Singh. It had some positive effects. A less known hero was being given his due at last. And no one could fault that. But the motives had their own logic. The visits to Sonakhan came as leaders competed for its legacy. Hospitals and other buildings were inaugurated. They seldom functioned. Jobs and “relief” were announced. Reservoirs and gardens were named after Veer Narayan Singh.

But, charge the villagers, only one family benefited. 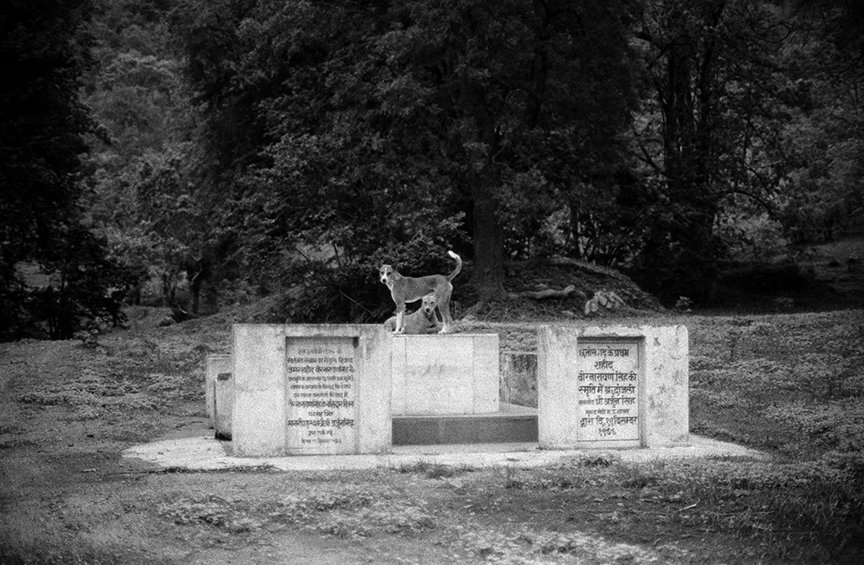 As Narayan Singh’s name gained new admirers in other parts, it dipped in the esteem of his own village. Sonakhan resents what it sees as the singling out of a family for favours.

The politics of protest that Veer Narayan symbolised were lost. The politics of patronage had won. An authentic folk hero demolished by the embrace of the elite. The solidarity he stood for, in shreds. The ’80s had arrived.

Towards the end of our stay, the villagers soften. And the reasons for their anger, if misplaced, seem logical. “He was a good man, really,” says Vijay Paikra. “But then he fought for all of us, no? Not just his family. He was selfless. Why should only one family benefit?”

This story originally appeared in The Times of India on August 27, 1997.