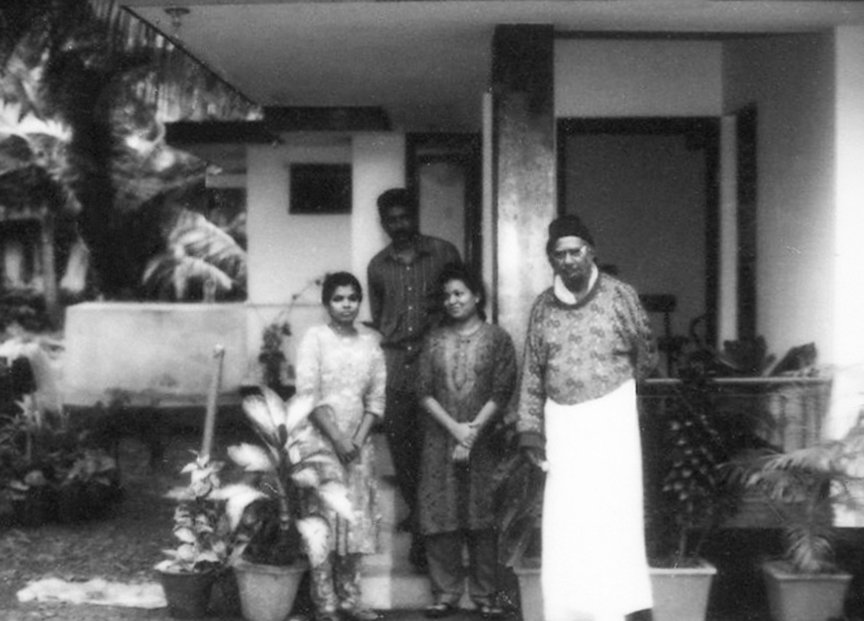 TEN TALES OF FREEDOM – 7: The village that battled on all fronts, fighting the British, local landlords, and caste

Kalliasseri has never really stopped fighting. Not even after 1947. This village in north Malabar in Kerala has fought on many fronts. In the thick of the freedom struggle, it challenged the British. At the heart of the peasant movement in the region, it took on the janmis (feudal landlords). As a centre of Left-wing currents, it confronted caste.

"How can we say the fight for freedom ended once and for all in 1947?" asks K.P.R. Rayarappan, a key figure in all those conflicts. "There was still the struggle for land reform left." At 86, Rayarappan sees more battles ahead. And he wants to be part of them. At 83, he walked some 500 kilometres from Kasargode to Thiruvananthapuram on a march calling for national self-reliance.

Two events that sparked off change in Kalliasseri stand out in his mind. One was Gandhi's visit to Mangalore in the early 1920s. Many, including schoolchildren, journeyed there to hear him. "We were all with the Congress then," says Rayarappan.

The other was "the thrashing of Sumukan, a little Dalit boy who sought admission to our board school. Upper caste elements beat him and his brother for daring to come to the school."

Caste oppression was closely linked to the control of resources. Mainly land. Kalliasseri was the bastion of janmi terror in the Chirakkal taluk of Malabar district. In 1928, upper caste Nairs controlled close to 72 per cent of the land. Thiyyas and other backward communities made up 60 per cent of the population, but owned just 6.55 per cent. Yet here, the drive for land reform, extending right into the 1960s, was to succeed.

Today, the Thiyyas and other backward castes and the Dalits control over 60 per cent of the land.

"We were like slaves earlier," says 63-year-old K. Kunhambu. His father was a Thiyya cultivator. "We were not allowed to wear shirts, just a towel under the armpit. No footwear either. And only half a dhoti, just like a small bath towel." In some parts lower caste women were not allowed to wear blouses. "We could not go through certain roads. We had to keep a set physical distance from an upper caste man depending on our place in the hierarchy. "

Keeping the lower castes out of school was just one part of it. Cutting them off from access to resources was the aim. Denying them any kind of respect went with that. Janmi terror against the poor was common.

The beating of Sumukan proved to be a major turning point.

"All the nationalist leaders of Malabar came here," says Rayarappan. "Kelappan, the great Congress leader even stayed awhile. All campaigned against caste. C.F. Andrews, too, came here. And he managed to have the issue raised in the British parliament. Later, Kalliasseri became a centre of Dalit education." People also organised community meals where members of different castes ate together.

But not before major battles. In Ajaanoor, not very far from here, a school was torn down thrice in the '30s and '40s. First by the janmi . Then by the police. Then again by the janmi . The school had been taking in scheduled caste students. It was also suspected "of harbouring nationalists and communists."

Those suspicions were well founded. "Leftist roots in this area in the 1930s grew from a set pattern", says Agni Sharman Namboodiri, a retired teacher. Now a full-time political activist in nearby Karivellur, Namboodiri says: "When we came to a village, we always started a night school, a reading room and an agriculturists' union. That's how the Left grew in north Malabar." And, adds Rayarappan, "that, too, is why Kalliasseri went the way it did, how it succeeded."

By the mid-1930s, leftists had gained control of the Congress in north Malabar. By 1939, Rayarappan and his friends had emerged from it as members of the Communist Party. In a place where denial of education was a weapon, the teachers' union of the time played a major political role.

"That is why you had the pattern of night school, reading room and agriculturists' union," says P. Yashoda. "We were, after all, teachers." At 81, she retains the fire and spirit of 60 years ago when she emerged a leader of that union. At 15, she was the first and only woman teacher in her taluk and the youngest teacher in Malabar. Earlier, she was the first girl student in her school.

"My political education began when the two best students in my school were flogged in front of all of us." Their crime? "Saying ‘Mahatma Gandhi ki jai' . Each was given 36 strokes with the cane. The legal limit was 12 strokes. So Chintan Kutty and Padmanabiah Warrier were caned 12 strokes each day for three days. Also, I once saw a family being evicted from homestead land. Their misery stayed with me."

"Of course there have been major strides in the last 50 years," says ‘Yashoda teacher' as she is known here. "Freedom brought a sea change."

For a village where education was a rare privilege, Kalliasseri has not done too badly. Literacy is close to 100 per cent, both male and female. Every child goes to school.

"This panchayat of 21,000 people has 16 libraries," says the librarian at the Krishnan Pillai reading room, quite proudly. All 16 libraries-cum-reading rooms are quite busy each evening. The books are mostly in Malayalam. But there are some in English, too: Han Suyin, Charles Dickens, Tolstoy, Lenin, Marlowe. Those diverse tastes reflect in strange ways. This is an Indian village where you find houses named ‘Shangri La'.

Kalliasseri is where an eighth standard dropout will argue with you about why Arafat has gone wrong in West Asia. Everybody has an opinion on everything and no one is shy of saying what they think.

"Along with the freedom struggle and education, the organised movement for land reform changed everything," says Rayarappan. Thiyya farmer K. Kunhambu, who gained from it, agrees. "It made all the difference," he says. "Land reform broke up the caste hierarchy here. It gave us a new status. Earlier, we held a plot at the janmis' mercy. Land to the tiller changed that. Now we felt equal with the property owners." Crucially, it also dramatically improved the access of the poor to food, education and health.

"We fought for the land reform from 1947 to '57 and even after. And we found the Congress with the upper castes. With the janmis ." So Kalliasseri came to be a place "where over 85 per cent of the people go with the Left."

"There have been big changes in 50-60 years," says Pannaiyan Janaki, Sumukan's widow. "It was hard to send my own children to school. The years of freedom have made a huge difference."

Sumukan died 16 years ago. His family still lives nearby in Azhikode. Sumukan's daughter works as a supervisor at the telephone exchange. His son-in-law, Kunhiraman, retired as senior superintendent of post offices in Calicut. He says, "There is no discrimination in the social set up now, at least here. Our family has two MBBSs, two LLBs and a BSc…"

These are the grandchildren of Sumukan, the boy who could not go to school.

This story originally appeared in The Times of India on August 28, 1997.