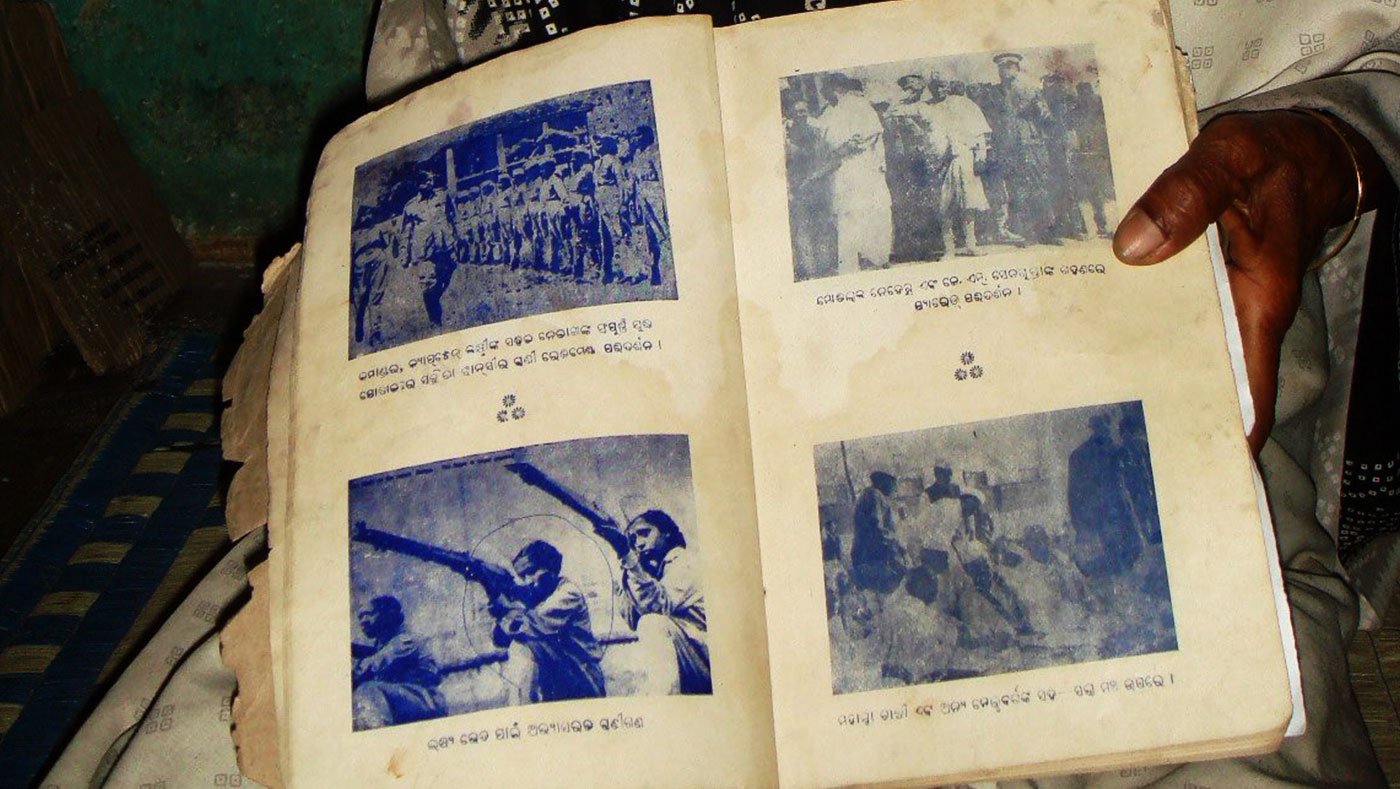 TEN TALES OF FREEDOM – 9: The impoverished INA freedom fighter whose only demand of her nation was recognition. And so the ageing soldier's fight continued even six decades after Independence

Laxmi ‘Indira’ Panda did not accept the invitation of the Odisha governor and his wife to attend the Republic Day function in Bhubaneswar and then join them for tea at the Raj Bhavan. They even included a privileged 'Parking Pass' for her car. But Laxmi did not bother to reply. Nor did she make it to their Independence Day event.

Laxmi Panda has no car and lives in a tiny room in a chawl in Jeypore town of Koraput district. An improvement on the ugly slum where she has spent most of two decades. Last year, she did make it to the I-Day event since local well-wishers bought her train ticket. This year, she can’t afford it. She laughs as she shows us the invitation and the parking pass. The only connection she has ever had to a car: “My late husband was a driver four decades ago.” This Indian National Army (INA) fighter still proudly holds on to a published photo of herself, with rifle in hand 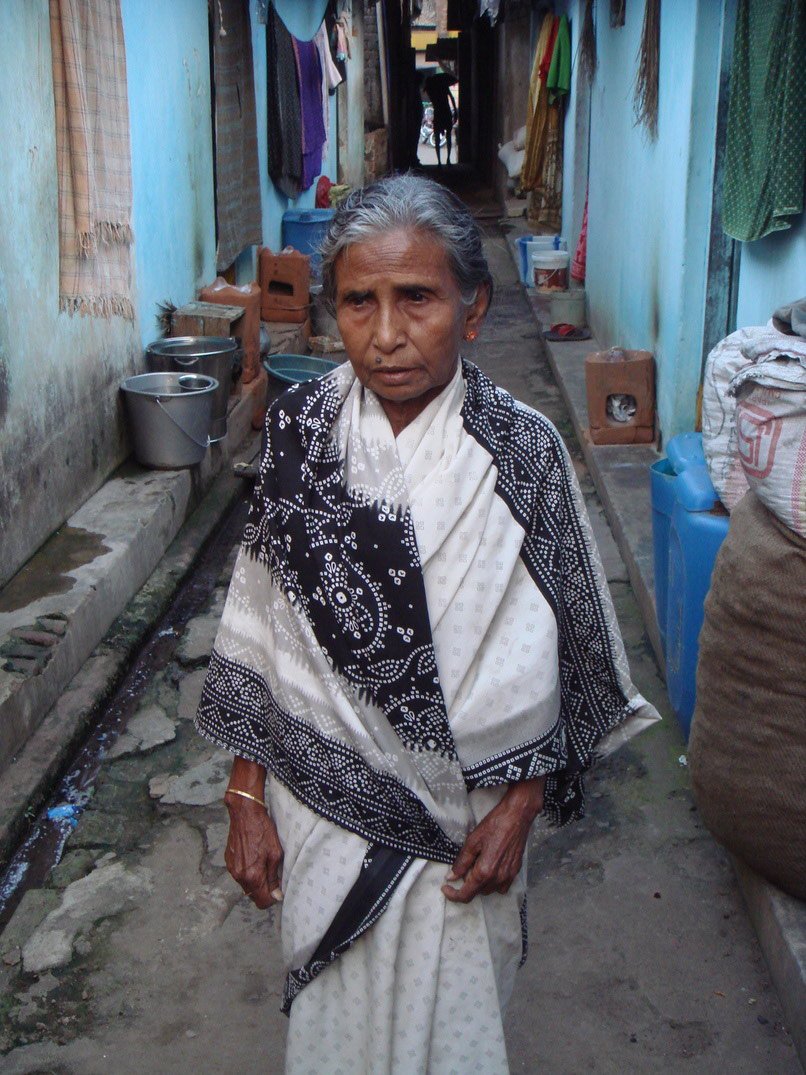 A forgotten freedom fighter in the decrepit chawl that is her home in Koraput, Odisha

Laxmi is one of countless rural Indians who fought for the country’s freedom. Ordinary people who did not go on to become famous as leaders, ministers or governors. Just people who sacrificed a great deal and then went back to everyday lives after Independence. Most of that generation has died out as the nation celebrates its 60th anniversary. The few who remain are in their late 80s or 90s and many are ailing or otherwise in distress. (Laxmi herself is an exception to the age group. She joined the INA in her early teens, and is only now closing in on 80.) The number of freedom fighters is dwindling rapidly.

Odisha state recognises Laxmi Panda as a freedom fighter, which entitles her to a meagre monthly pension of Rs. 700. This went up by Rs. 300 last year. Though for many years, no one knew where to send her the money. However, freedom fighter status has been denied to her at the Centre despite several INA legends of that time corroborating her claims. “They said in Delhi I haven’t been in jail,” she says. “And it’s true, I haven’t. But then many fighters of the INA did not go to jail. Does that mean we didn’t fight for freedom? Why should I lie for my pension?”

Laxmi was one of the youngest members of Netaji Bose’s Indian National Army. Perhaps the only Odiya woman to have enlisted with the INA and joined its camp in what was then Burma. Certainly the only one living. She says Bose personally gave her the new name of Indira, to avoid confusing her with the far more famous (Captain) Lakshmi Sehgal at that time. “He told me, ‘In this camp, you are Indira'. I was too young to understand much. But from then on, I was Indira.” 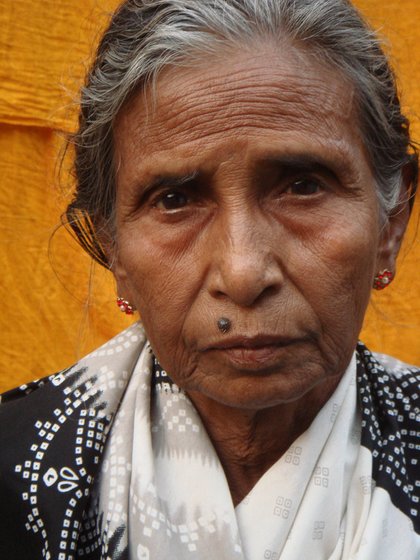 ‘Many of us in the INA did not go to jail. Does it mean we did not fight for freedom?’

Laxmi’s parents were killed in a British bombing sortie while working in the railways in Burma. After that “I wanted to fight the British. My senior Odiya friends in the INA were most reluctant to involve me in anything. They said I was too young. I begged to join in whatever capacity, even a menial one. My brother Nakul Rath was also a member and he disappeared in the war. Years later, someone told me he had come out and joined the Indian Army and was in Kashmir, but how could I even check? Anyway, that was half a century ago.

“In the camp I met Lt. Janaki, and saw the likes of Lakshmi Sehgal, Gowri and other famous INA fighters,” she says. “We went to Singapore in the later part of the war,” she recalls, “With, I think, the Bahadur Group.” There she stayed with Tamil sympathisers of the INA and even picked up a few words of the language.

She signs her name 'Indira' in Tamil in front of us, to prove her point. And proudly sings the first verse of the INA anthem: “ Kadam kadam badhaye jaa, khushi ke geet gaye jaa. Yeh zindagi hai kaum ki, tu kaum pe lutaye jaa [Step by step we march forward. And sing the songs of happiness. This life belongs to the community, so for the community sacrifice yourself]."

Of her photo in INA uniform, with a rifle, she says it was “taken after the war, at a reunion and when we were disbanding.” Soon, “I married Kageshwar Panda in 1951 in Berhampur and a lot of Odiya INA members came for my wedding.”

She is nostalgic about her old INA comrades. “I miss them. Even the ones I did not know well, I wish I could see them again. You know, once I heard that Lakshmi Sehgal was speaking at Cuttack, but I could not afford to go. I wish I could have seen her just once at least. The only chance I ever had of going to Kanpur – I fell ill at that time. Now where will there ever be a chance?”

In the 1950s, her husband got a driver’s licence “and we worked for some years near Hirakud. At that time, I was happy and I did not have to labour for a living myself. But he died in 1976 and my troubles began.”

Laxmi worked variously as a store helper, a labourer, and as a domestic servant. Always for a pittance. Saddled with an alcoholic son who had several children, all in bad shape. 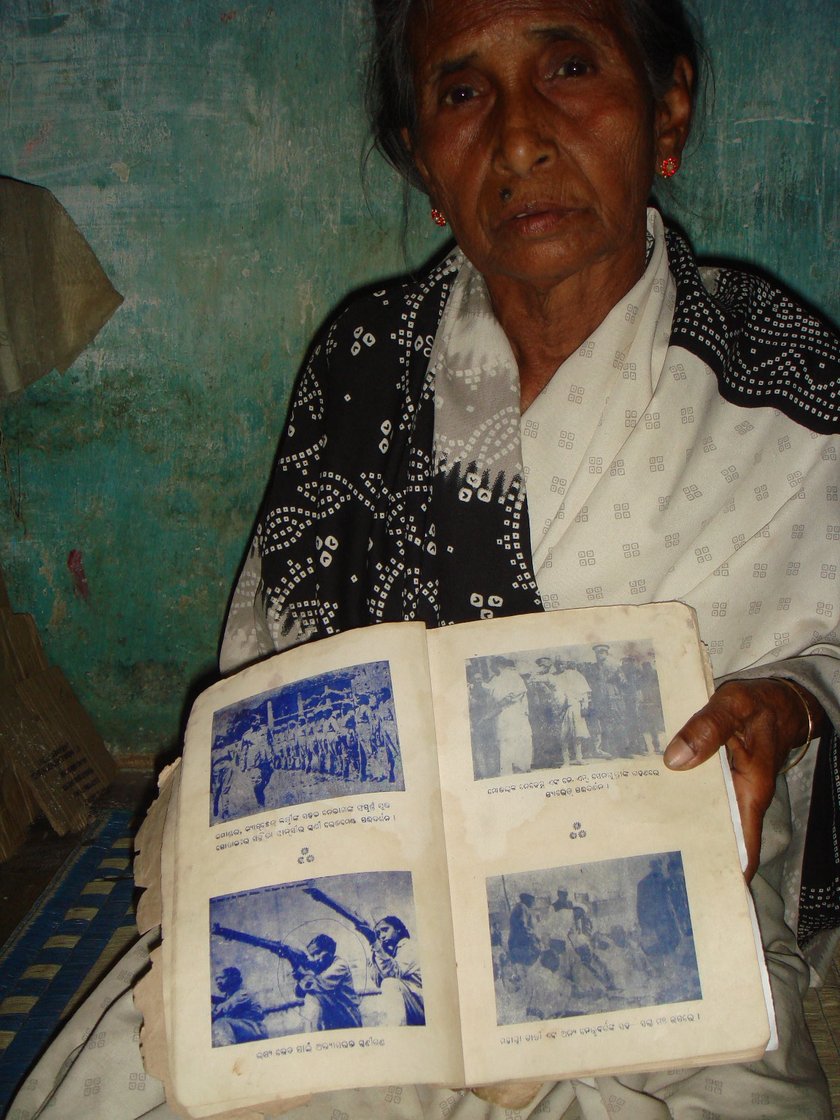 “I asked for nothing,” she says. “I fought for my country, not for reward. I sought nothing for my family either. But now, at the end of this chapter, I hope at least my contribution will be recognised.”

Ill health and poverty combined to crush her a few years ago. That’s when a young journalist of Jeypore, Paresh Rath, broke the story. Rath also moved her from the slum to her single room residence at his own expense and looked after her medical needs. Panda was recently hospitalised following an illness. She is at her son’s place for now, despite her misgivings about his habits. Other stories followed Rath’s. And she once even made it to the cover of a national magazine.

“When we did the first story, she did get some help,” says Rath. “The then collector of Koraput, Usha Padhee, was sympathetic. She got Laxmi Rs. 10,000 from the Red Cross Fund as medical aid. And also assured her a piece of government land. But Padhee left the district on transfer. Some people in Bengal also sent her some donations.” However, this soon died down and she was back to square one. “And yet it is not just a matter of money,” points out Rath. “Even if she gets the central pension, how many years will she enjoy it? It is really a matter of pride and honour for her. But the central government has simply not responded.”

After many frustrating attempts, Laxmi was allotted a piece of government land at Panjiaguda village in this district late last year. But she still waits and hopes for a house on it under a government scheme. For the present, Rath has funded the making of a better room adjacent to her old one and hopes to move her into it soon.

She has a little local recognition now. A few organisations have come forward to press her case. “Tomorrow,” she told me on August 14, “I will hoist the flag at the Deepti School here. They asked me to.” She is proud of that, but worries she does not have a “proper saree to wear to the function.”

Meanwhile, the ageing INA soldier plans her next battle. “Netaji said ‘ Dilli chalo [Onward to Delhi].’ That’s what I will do after August 15 if the Centre does not recognise me as a freedom fighter by then. I will sit down in a dharna at Parliament,” says the old lady. “ Dilli chalo , that’s what I will do.”

And so she will, maybe some six decades late. But with hope in her heart. As she sings, “ kadam, kadam, badhaye jaa …”

This article was originally published in The Hindu on August 15, 2007.