The everyday lives of everyday people

Can a project’s success be judged on the basis of its never being completed? Yes, if it’s a living archive of the world’s most complex countryside. Rural India is in many ways the most diverse part of the planet. Its 833 million people include distinct societies speaking well over 700 languages, some of them thousands of years old. The People’s Linguistic Survey of India tells us the country as a whole speaks some 780 languages and uses 86 different scripts. But in terms of provision for schooling up to Class 7, just 4 per cent of those 780 are covered. Most Indian languages are mainly spoken by people in rural India.

The Eighth Schedule of the Constitution of India lists 22 languages whose development the country’s government is obliged to promote. Yet, there are states whose official languages fall outside those 22, like Khasi and Garo of Meghalaya. Each of six Indian languages is spoken by 50 million people or more. Three are spoken by 80 million or more. One, by close to 500 million. At the other end of the spectrum are unique tribal languages spoken by as few as 4,000 people, some by even less. The eastern state of Odisha alone is home to around 44 tribal languages. The Linguistic Survey reckons that close to 220 languages have died in the past 50 years. Saimar in Tripura is down its last seven speakers.

The same diversity characterises rural India’s occupations, arts and crafts, culture, literature, legend, transportation, and other fields. As the Indian countryside rushes through an extremely painful transformation, many of these features disappear, leaving us poorer. There are, for instance, probably more schools and styles of weaving in India than in any other single nation. Many of these traditional weaving communities face real collapse, which will rob the world of some of its greatest gifts. Some unique occupations – professional storytellers, epic poem singers – are also in danger of extinction.

Then there are professions known only to a few nations. Like toddy-tappers who climb 50 palm trees daily, each one thrice, in season. From the sap they make palm jaggery or a fermented liquor called toddy. In peak season, a toddy tapper climbs a height greater than New York’s Empire State Building – every single day. But so many occupations are in collapse. Potters, metal workers and millions of other highly skilled craftspeople are rapidly losing their livelihoods.

Much of what makes the countryside unique could be gone in 20-30 years. Without any systematic record, visual or oral, to educate us – let alone motivate us – to save this incredible diversity. We are losing worlds and voices within rural India of which future generations will know little or nothing. Even as the present one steadily sheds its own links with those worlds.

There is surely much in rural India that should die. Much that is tyrannical, oppressive, regressive and brutal – and which must go. Untouchability, feudalism, bonded labour, extreme caste and gender oppression and exploitation, land grab and more. The tragedy though is that the nature of the transformation underway more often tends to bolster the regressive and the barbaric, while undermining the best and the diverse. That, too, will be documented here.

THIS IS WHERE PARI COMES IN

PARI is both a living journal and an archive. It will generate and host reporting on the countryside that is current and contemporary, while also creating a database of already published stories, reports, videos and audios from as many sources as we can. All of PARI’s own content comes under the Creative Commons and the site is free to access. And anyone can contribute to PARI. Write for us, shoot for us, record for us – your material is welcome so long as it meets the standards of this site and falls within our mandate: the everyday lives of everyday people.

The use of many libraries and museums in India has fallen, more so in the last 20 years. This was compensated by the fact that what you can find in our museums, you could also find on our streets: the same miniature painting schools, the same traditions of sculpture. Now those too are fading. Library and museum visits amongst the young are more rare than routine. However, there is one place future generations the world over, including Indians, will visit more and more: the Net. Internet access, particularly broadband, is low in India, but it is expanding. It is the right place to build – as a public resource – a living, breathing journal and an archive aimed at recording people’s lives. The People’s Archive of Rural India. Many worlds, one website. More voices and distinct languages, we hope, than have ever met on one site.

It means an undertaking unprecedented in scale and scope, utilising myriad forms of media in audio, visual and text platforms. One where the stories, the work, the activity, the histories are narrated, as far as possible, as far as we can manage, by rural Indians themselves. By tea-pickers amidst the fields. By fishermen out at sea. By women paddy transplanters singing at work, or by traditional storytellers. By Khalasi men using centuries-old methods to launch heavy ships to sea without forklifts and cranes. In short, by everyday people talking about themselves, their labour and their lives – talking to us about a world we mostly fail to see.

PARI hosts and combines video, photo, audio and text archives. There is content we already have and stories we are generating. Both take time and effort to organise and load. The videos generated specifically for PARI record the lives and livelihoods of poor and everyday Indians. For example, a woman agricultural labourer takes you through her life, her work, her labour techniques, family, kitchen, whatever she considers important. Typically, the first credit in such a film goes to her; the second to her village/community. The director comes third. PARI respects her ownership of her story. And it is in our mandate to search for ways in which the very people we cover, rural Indians, will also have access to, and a say in, the making of this site. We're also trying to create subtitling in multiple Indian languages for each documentary we generate.

The site's AudioZone will, over time, hold thousands of clips – conversations, songs, poetry – in every Indian language that we can record. We started with the Grindmill Songs Project – folk songs by women in Maharashtra’s villages. More than 100,000 songs will eventually be hosted on PARI as an archive of a phenomenal poetic-musical legacy.

We also focus on education and learning. Teaching and research materials, including textbooks, will increasingly move online in the next few years – that process is already on in some parts of the world.  PARI aims to help create informative and lively resources for students, teachers, schools, colleges and universities. Done right, it could mean ‘textbooks’ or teaching material that can be added to, amended, updated or widened. As broadband access grows, it should also mean lower costs for many students, as PARI is a free-access-to-public site.

PARI is also building a Resources section, where we aim to put up (in full text and not just via links), all official (and unofficial but credible) reports related to rural India. For instance, every report of the National Commission for Enterprises in the Unorganised Sector, reports of the Planning Commission (now NITI Aayog) and ministries, the United Nations and much more. Researchers will not have to surf multiple sites to access important documents and studies from different sources.

The number of categories you see in the archive are not fixed or final. We will also, for example, include livestock and wildlife – and many others, brick by brick. Here’s a look at just three of very many categories on PARI: 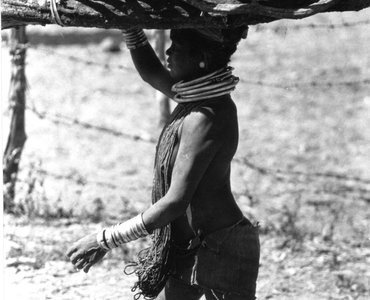 This leads you into the complex world of rural Indian labour. To landless workers in the fields, to farmers and woodcutters, to brick-makers and blacksmiths. From men who push 200 kilograms of coal on bicycles across 40 kilometres to earn a few rupees, to women who scavenge coal at great risk from giant waste dumps. And migrant labourers who travel thousands of kilometres each year in search of work, never staying anywhere for six months, not even in their own village homes.

Apart from covering their stories we are also photographing and filming the tools and implements that people use, many of them sure to disappear over the next few years. 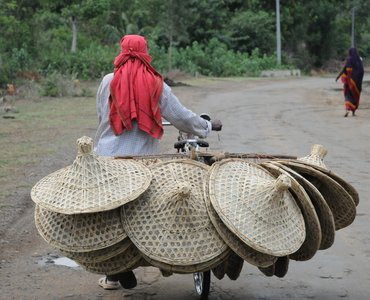 Here, PARI covers arts and crafts, artists and craftspersons. The country’s countless schools and skills and traditions, and their products. In this category, you will find India’s ‘everyday museums’ – miniature painting schools, rural traditions of sculpture, exquisite weaving techniques – many of which are slowly fading away and might soon vanish completely. 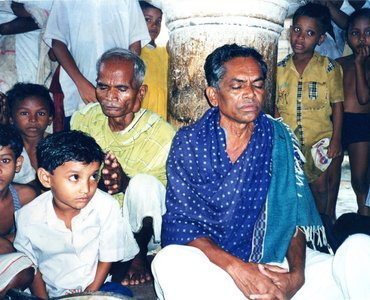 The last living freedom fighters of rural India, most now in their 90s. People who spent many years in prison fighting for the country’s freedom from colonial rule and to establish an independent, democratic Indian nation. In the next decade there will be none left to tell the tale.

While we constantly try to build and expand a gene pool of contributors, we do exercise editorial selection and quality control. The use of experienced contributors with a credible record is important to this work, of course. Most of these will be journalists, writers and authors. But not all. Anyone who is interested can participate, write for us, or shoot even on cell phones with decent video quality – if the material falls within the mandate of the archive. You need not be a professional journalist.

Remember, the narratives that make up the overwhelming share of PARI come from rural Indians themselves, not from the professional media persons who help record their story. Some of those rural Indians will shoot their own stories. And the stories will be renewed and reported — as long as there is a countryside.

Public access to PARI is free. The site is run by the CounterMedia Trust. An informal network supports and funds the trust and its primary activities through volunteer work, donations and direct personal contributions. This voluntary network of reporters, professional filmmakers, film editors, photographers, documentary filmmakers and journalists (television, online and print), represents PARI's biggest asset. Besides, academics, teachers, researchers, techies and professionals from many other fields have also donated their expertise to design the site and establish PARI.

PARI needs money to create content beyond what volunteers do for us, and we aim at crowd funding to generate the resources. Though our call for donations is titled ‘Cover your country’, rural India can never be fully 'covered' and the content on this site consists of fragments of many giant realities. We can expand our coverage of those many worlds only with the widest possible public participation.

"This is an insane project – and a wonderful one"

"There's a pleasure sure to being mad, that only madmen know"

Anyone can contribute to PARI. Write for us, shoot for us, record, translate, research, edit a video for us – your material is welcome so long as it meets the standards of this site and falls within our mandate: the everyday lives of everyday people.

At PARI, we’re writing the textbooks of the future. That’s happening with the numerous stories, photos, videos and audio material going up every week on our site. Over time, quite a bit of that will be produced by students and teachers themselves.