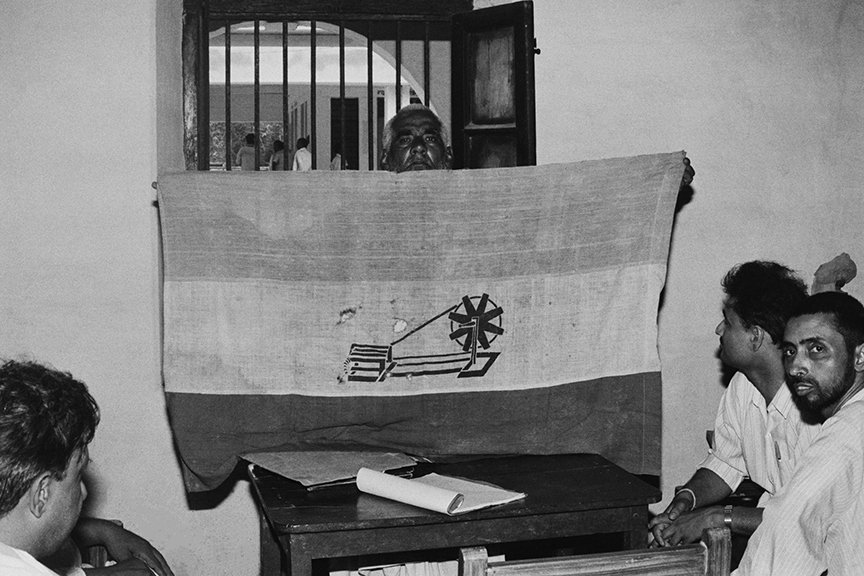 TEN TALES OF FREEDOM – 4: The Uttar Pradesh village that raised the flag in 1942 and paid the price for it

They still keep the flag at the tehsil office. Only here, they raise it on August 18. That day in 1942, people from this part of Uttar Pradesh’s Ghazipur district declared their independence from British rule. The tehsildar of Muhammadabad opened fire on a crowd, killing eight persons from Sherpur village. These were mostly Congressmen led by Shiv Pujan Rai. They were shot dead while trying to hoist the tricolour atop the tehsil building in Muhammadabad.

Struggles erupted across an already simmering district where the British had issued arrest warrants for 129 leaders on August 10. By the 19th, locals took control of nearly all of Ghazipur and ran the government for three days.

The British response, says the district Gazetteer , was “a reign of terror.” Soon, “village after village was pillaged, looted and burnt.” Military and mounted police crushed ‘Quit India’ protestors. They gunned down nearly 150 people across the district in the next few days. Records suggest that officials and police looted Rs. 35 lakhs from civilians. As many as 74 villages were burnt. Ghazipur’s people paid a collective fine of Rs. 4.5 lakhs, a huge sum in those days.

Officials singled out Sherpur for punishment. Hari Sharan Ram, the oldest Dalit resident here, recalls the day: “There wasn’t a bird left in the village, let alone human beings. Those who could, fled. The looting went on and on.” Yet, Ghazipur as a whole had to be taught a lesson. The district had a record of anti-British uprisings going back to the 1850s when locals had attacked indigo planters. It now learned a lesson spelt out with bullets and batons. 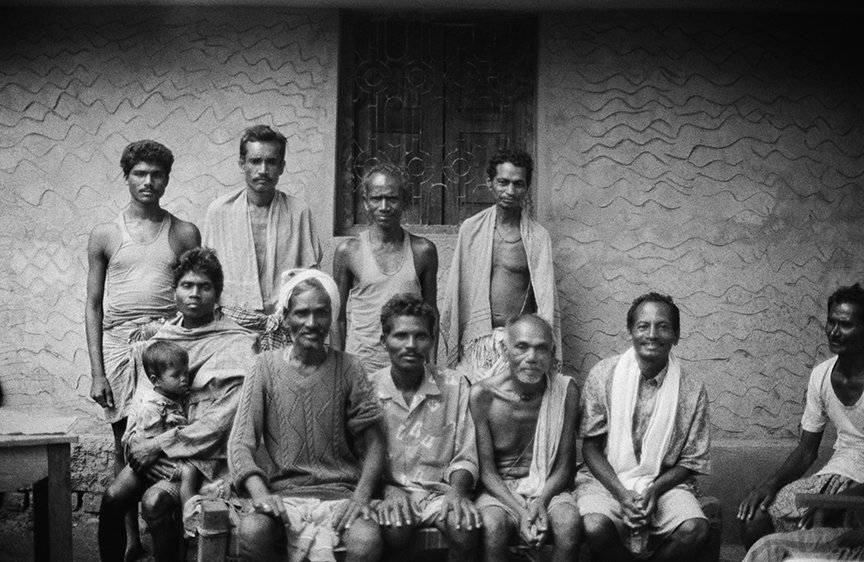 Some of the martyrs committees are controlled by the 'shaheed putra'

To this day, the tehsil office at Muhammadabad attracts political pilgrims. Its visitors' list over the years includes four who were either prime ministers of India or held that post later. Almost all the chief ministers of Uttar Pradesh have been here, too. Usually on August 18, says the amiable Laxman Rai, who heads the shaheed smarak samiti , the association that runs the memorial to the eight martyrs at the tehsil office. He shows us the original flag of the protestors, somewhat frayed, yet carefully preserved here. “The VIPs come here and do puja to the flag”, he says proudly. “Every VIP who comes does this puja.”

Sherpur hasn’t gained much from the pujas. And class, caste, time and commerce colour the memories of the heroic sacrifice of its freedom fighters. “There were eight martyrs,” says one non-governmental organisation worker here. “But there could be as many as 10 memorial committees for the martyrs.” Some of these run diverse institutions with official grants. Sons of the martyrs, known by a term unique to this place – shaheed putra – control some of them.

Promises do accompany the pujas. One of these means that Sherpur, a big village of nearly 21,000 people, can look forward to a women’s degree college. But since nearly four out of every five women here are illiterate, locals may be forgiven a certain lack of enthusiasm at the idea.

What were Sherpur’s sacrifices about? What were its people demanding? How you answer those questions depends on your social and economic status. All the eight officially recognised martyrs were Bhumihars. Their courage in the face of British terror was inspiring. Yet, others from less powerful communities who also gave their lives at different times are not similarly remembered. Many battles took place before and after August 18. For instance, police shot dead 50 persons who took control of the Nandganj railway station on August 14. And killed three times that number between August 19 and 21.

So what did people die for? “There was no demand other than freedom,” asserts Krishan Dev Rai, principal of the Inter College at Muhammadabad. Most of the land-owning Bhumihars at Sherpur and elsewhere see it that way, too. The matter ended with the exit of the British in 1947.

Bal Mukund, a scheduled caste resident of Sherpur, saw it differently. A young man at the time of the revolt, he and his fellow Dalits had another agenda. “We were excited,” he says. “We thought there would be zamin [land] for us.” A Kisan Sabha movement active in the 1930s and again later, raised those hopes. That excitement revived in 1952, when the Uttar Pradesh Zamindari Abolition and Land Reforms Act came into force.

All the 3,500 Dalits in the village are landless. “Land for cultivation?” asks Radheysham of the local Dalit samiti . “Not even our homes are in our own names.” That’s 35 years after the land settlement was to have been completed. Freedom did bring distinct benefits. To some. The Bhumihars did get titles to the land they tilled. The landless lower castes remain the way they were. “We thought we, too, could be like others, take our place with the rest,” says Hari Sharan Ram. 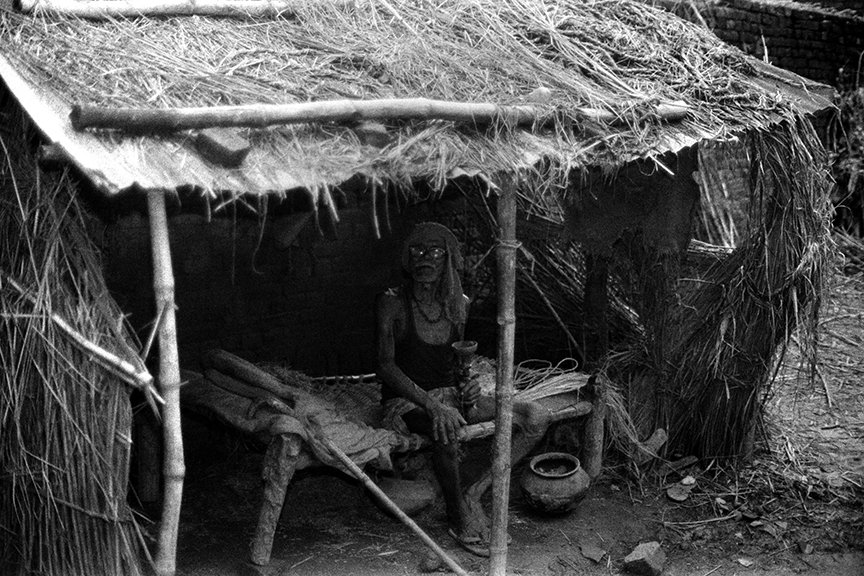 “ We thought there would be some land for us,” says Bal Mukund, a Dalit who lives in Sherpur. His excitement was short-lived

In April 1975, they were shown their place. Just 33 years after the British set the village ablaze, the Dalit basti was burnt down again. This time by the Bhumihars. “There were disputes over wage rates,” says Radheysham. We got blamed for an incident in their basti . Mind you, we were working in their homes and on their fields while our houses were burning!” Nearly 100 houses were razed. But, they clarify, none of the shaheed putra were involved.

“Pandit Bahuguna was chief minister,” says Shiv Jagan Ram who heads the Dalit samiti . “He came and said: ‘We will construct a New Delhi for you people here’. Have a good look at our New Delhi. Even in this wretched slum we don’t have a piece of paper saying we own anything. The wage disputes remain. Can you imagine people here earn so little that we go to Bihar for work?”

It doesn’t pay to get into disputes with the upper castes or the authorities. The way the police treat the Dalits, for instance, hasn’t changed much in 50 years. Dina Nath Vanvasi, a Musahar Dalit of Karkatpur village, has tasted those attitudes. “Do you know what happens to us when any political party has a jail bharo ? Hundreds of activists court arrest. The Ghazipur jail gets all messed up. So what do the police do? They arrest the first few Musahars they can lay their hands on. Mostly, the charge is ‘planning a dacoity’. These Musahars are taken to the jail where they have to clean up all the excreta, vomit and rubbish of the jail bharo . Then they are set free.” 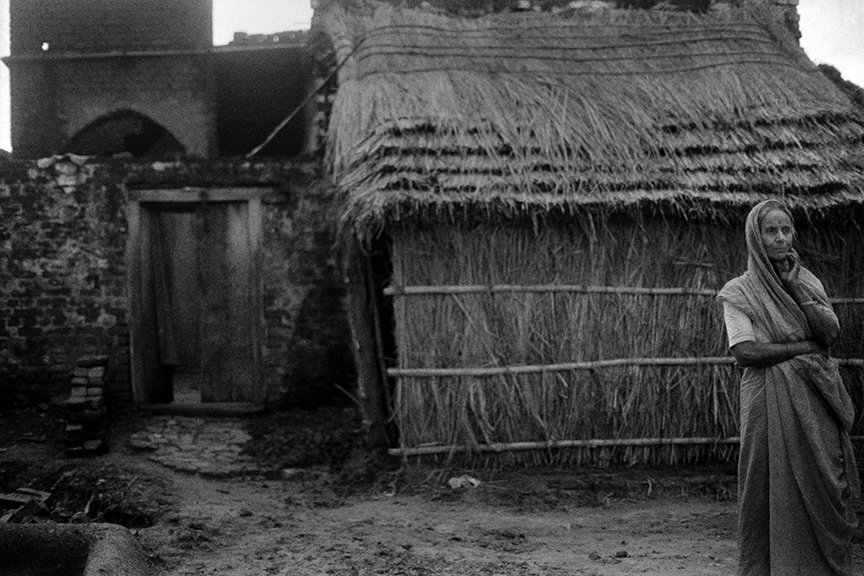 “We are not talking about 50 years ago,” says Dasuram Vanvasi of Gagaran village. “It still happens. Some have faced this just two years ago.” Other forms of harassment, too, exist. Dasuram completed tenth standard with a first division, one of very few Musahars to get that far. He quit college though, harried by the taunts of upper caste teachers and students. Ironically, that Inter College bears the name of Babu Jagjivan Ram.

As we leave Sherpur, our feet sink in the slime, mud and refuse that pave the route in and out of the Dalit basti. Rains have destroyed the main track. Streams of stagnant filth cover the lanes here. “The highway to our New Delhi,” says Shiv Jagan Ram.

“The Dalits here are not free,” he says. “No independence, no land, no learning, no assets, no jobs, no health, no hope. Our freedom is slavery.”

Meanwhile, at the tehsil office, the pujas continue.

This story originally appeared in The Times of India on August 25, 1997.