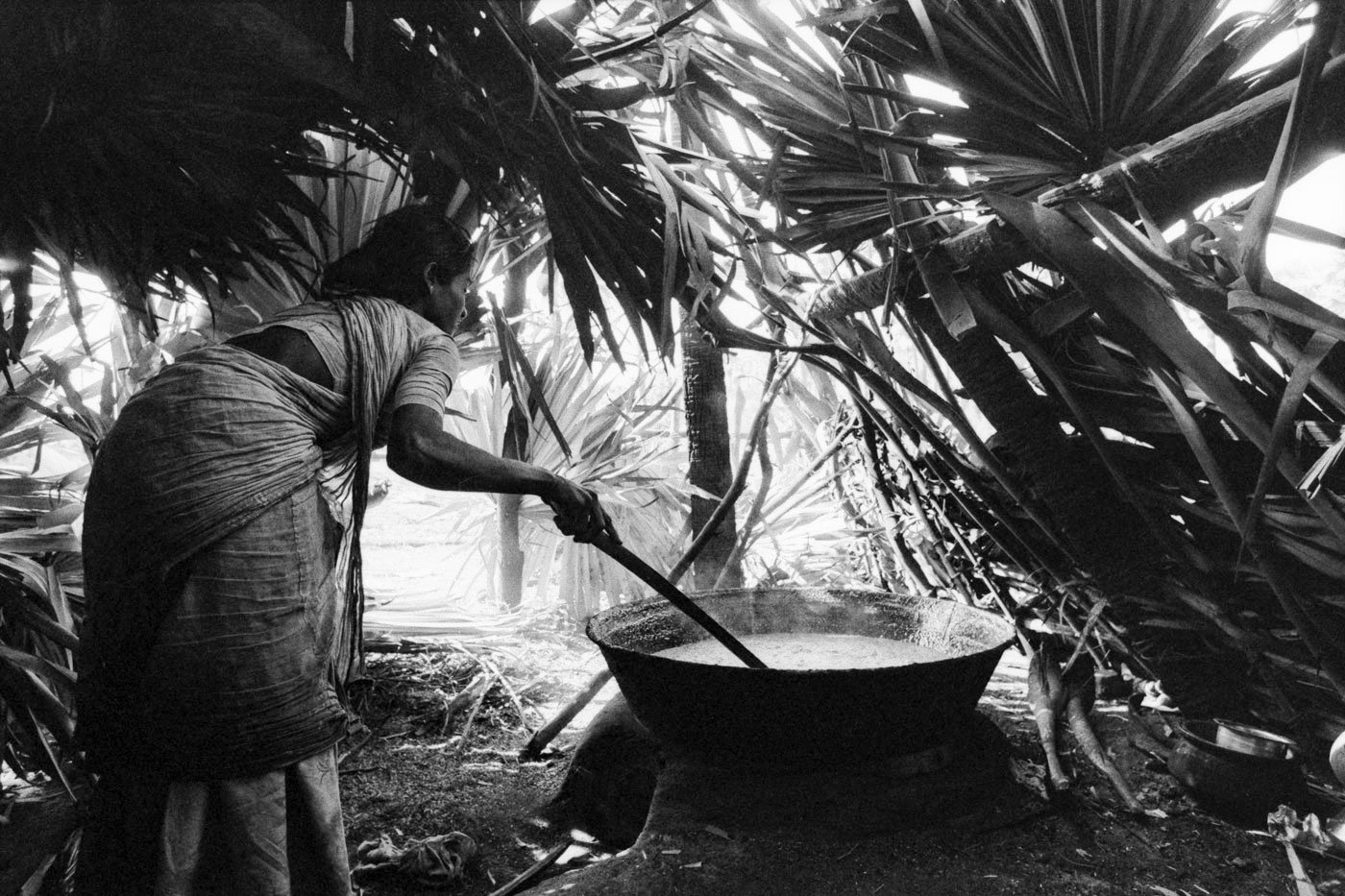 Actually, she’s already done the cooking. She is from a family in Tamil Nadu that processes and sells palm jaggery (molasses) for a living. That’s the stuff in the huge vessel she is stirring. A mistake on her part could cost the family its next few days of income.

This is going to take her a while. So did the cooking. She must spend many hours a day inhaling smoke and fumes doing one task or another. And that’s on top of all the other chores allotted to her – as a woman. Since this role is imposed on her from a very young age, she – and millions like her – quit school very early.

Watch video: 'I took this picture because, though there is no human being in it, if you had to think of a person there you can only associate it with a woman,' says P. Sainath

The chores associated with the home are many. The young woman in Vizianagaram in Andhra Pradesh, carrying the basket on her head (below centre), is yet to begin cooking. She’s collected fuel for that and other tasks by foraging in the fields for hours. Her neighbour in the same village has already begun cooking – though in a somewhat more open area.

The neighbour is relatively lucky. Many women cook in tiny, windowless spaces. And the heavy smoke from cooking fuel exposes them to more dangers than those faced by industrial workers in polluted factories. 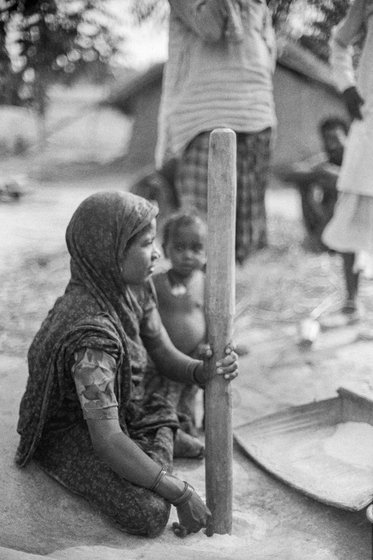 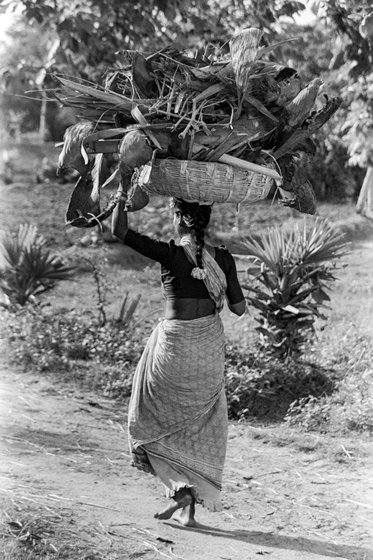 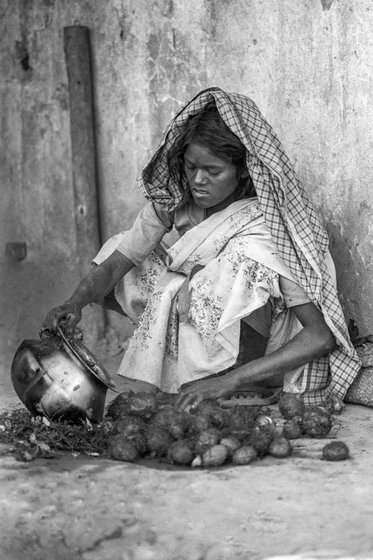 The pounding that the woman in Ghazipur in Uttar Pradesh (above left) is doing involves far more strength and strain than it might at first seem. It is one of many food preparation or processing tasks that she is involved in. Food processing activity is overwhelmingly the work of women. Besides all this and bringing up children, they must also tend to the cattle.

Other chores include washing clothes, grinding, cutting vegetables, cleaning vessels, and feeding different family members at different times. Looking after ill relatives is always their responsibility. All these tasks are seen as ‘women’s work’ – and never paid for. In that sense, rural women are not different from their urban counterparts. But the long distances for water and fuel and the nature of work in the fields adds to the burden of rural women. 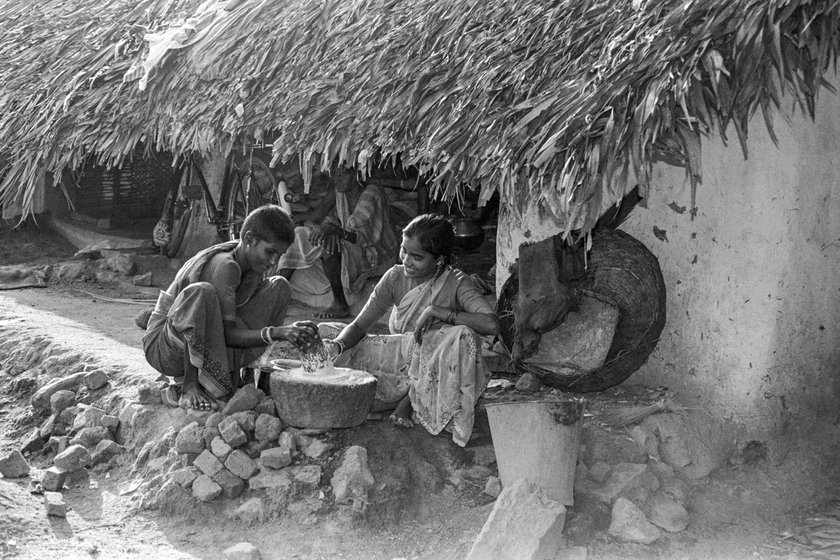 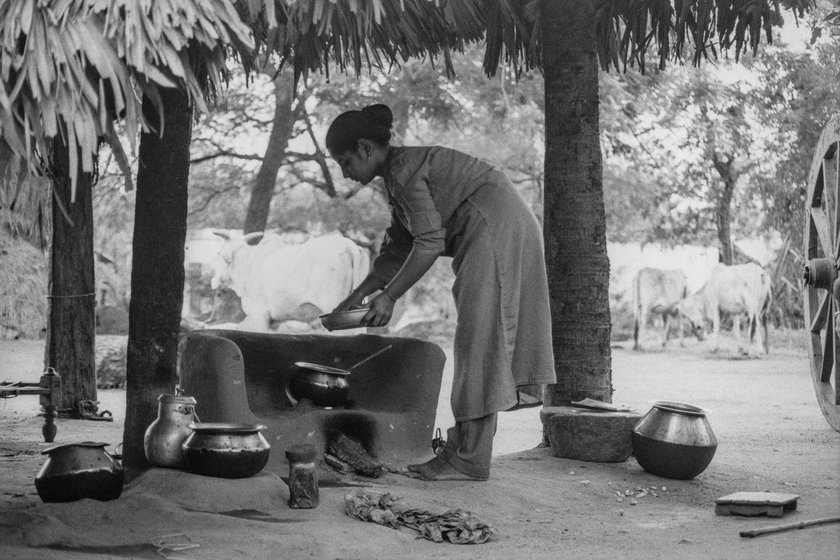 Like the Adivasi preparing the getti roots for cooking (far right in the triptych above) in Palamau, Jharkhand. Fetching these in the drought period is not easy. She has spent most of her morning in the forest doing that. She’s already lost a great deal of time fetching water, but will probably have to make another trip for more. While doing these chores, she could cross paths with a wild animal in the Balumath woods around her village.

The women eat last and least, and get very little rest. So these energy-sapping routines devastate their health. 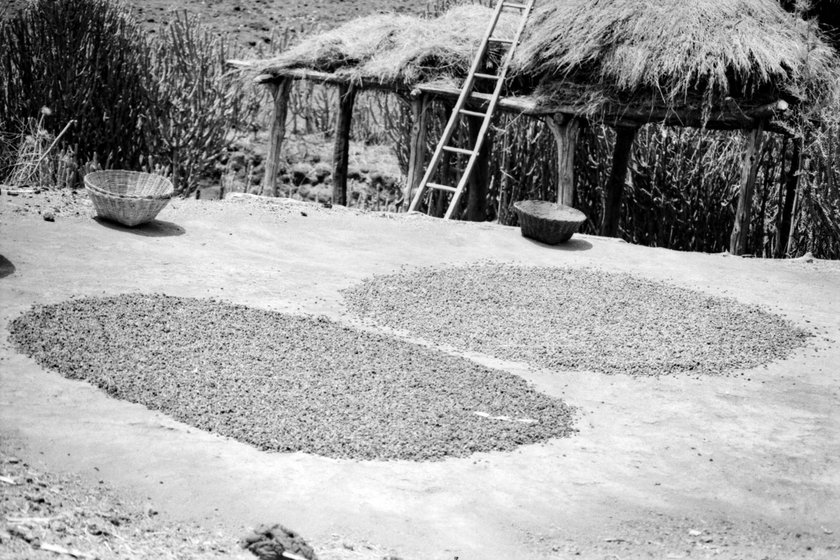 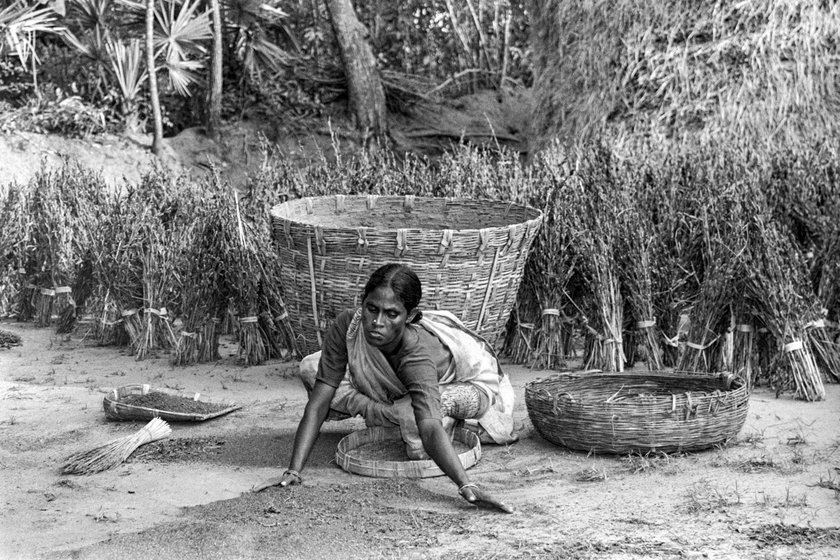