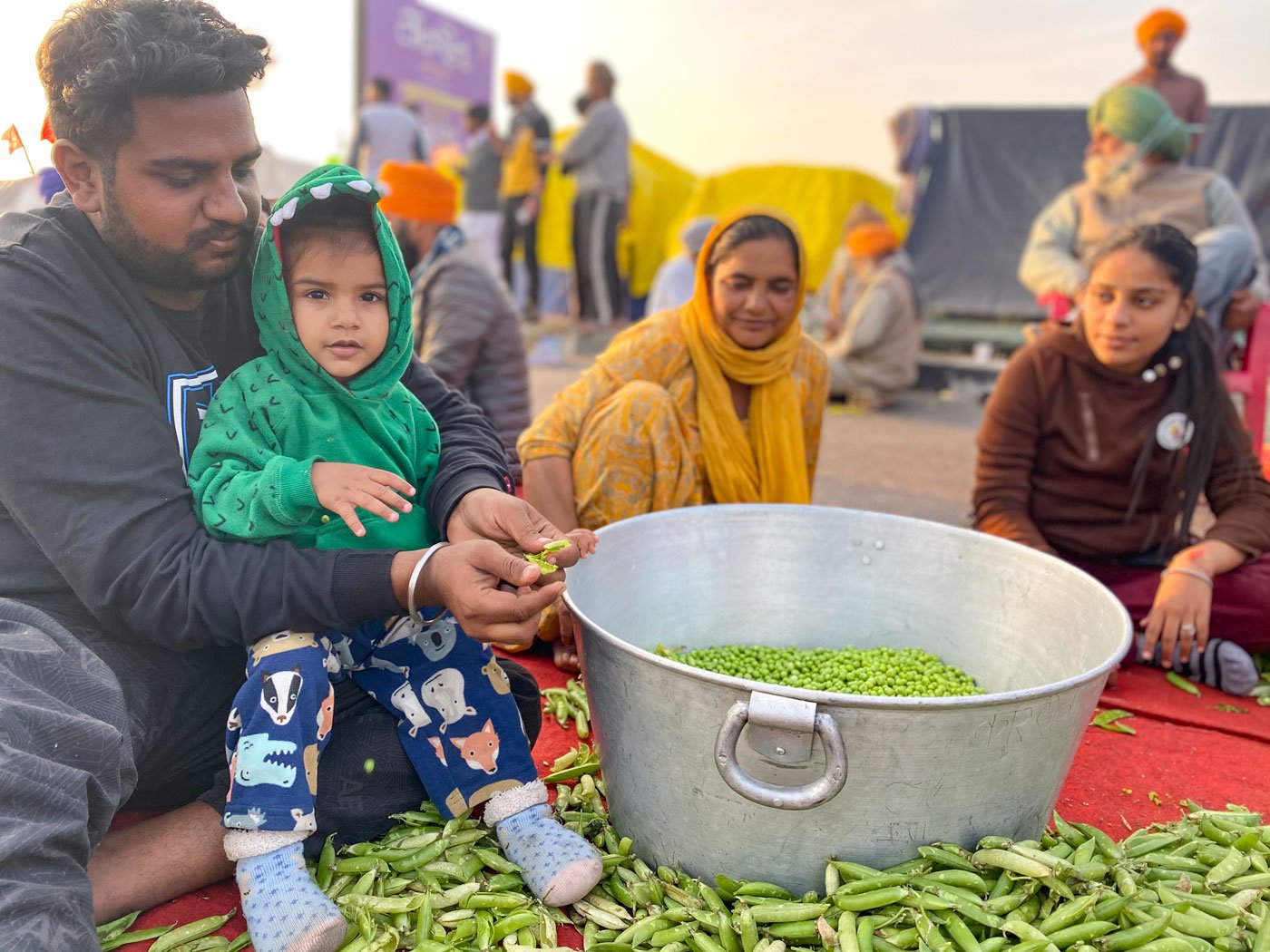 In a green crocodile-styled hoodie and thick woollen socks, Harfateh Singh is trying to help his father peel green peas from a big cylindrical vessel at the Rajasthan-Haryana border. This 18-month-old is surely one of the youngest protesters at Shahjahanpur in Rajasthan’s Alwar district on the Delhi-Jaipur highway. Harfateh’s contribution towards the ongoing farmers' agitation is peeling vegetables. Well, trying to. He may not be able to do that quite properly or efficiently, but that’s not for lack of interest or want of effort on his part.

On different borders of Delhi and Haryana, lakhs of farmers from several states have gathered to demand the repeal of three farm laws devastating to their livelihoods. First issued as Ordinances on June 5, these laws were introduced as Bills in Parliament on September 14 and rammed through to become Acts by the 20th of that month.

On December 25, when I met Harfateh, around a thousand farmers from Maharashtra had joined many other cultivators from Punjab, Haryana, and Rajasthan in solidarity at the protest site in Shahjahanpur. These farmers and agricultural labourers had covered more than 1,200 kilometres from Nashik in vehicles such as tempos, jeeps and minivans to join their counterparts from different states at multiple protest sites.

Among the families welcoming the Maharashtra farmers was Harfateh’s – they had been tasked with making aloo mutter (a potato and peas preparation) for nearly a hundred people. “We are here in cold winter days for our children’s future. If we kisans don’t protest today, Fateh will not have a future,” says the child’s 41-year-old father, Jagrup Singh from Chhajupur village in Haryana’s Kurukshetra district. 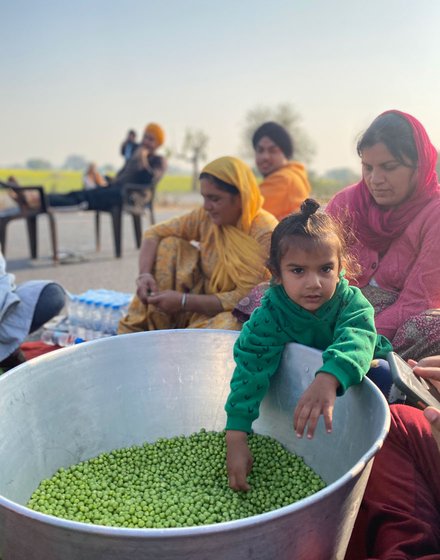 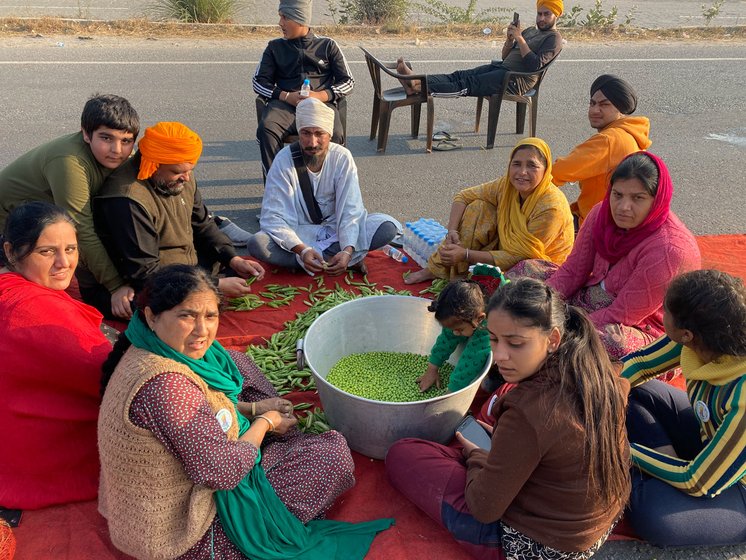 Jagrup, whose family owns five acres of land in Chhajupur where they grow rice, wheat and potatoes, had already been protesting for 28 days when I met him. He was present at the Singhu border in Haryana’s Sonipat district for the first 20 days and then shifted camp with thousands of other farmers to Shahjahanpur with the aim of blocking the highway at the Rajasthan-Haryana border.

Jagrup says he missed his family during the first weeks of the protests. On December 23, his wife Gurpreet Kaur, 33, and their two children, Ekamjot, 8, and Harfateh, joined him in Shahjahanpur to help at the different community kitchens set up at the protest site. “My daughter has been doing seva (service). She has been distributing chai to everyone who needs it. My children understand the importance of what we are doing here,” says Jagrup, while instructing Harfateh to peel his peas properly.

The laws the farmers are protesting against are: The Farmers’ Produce Trade and Commerce (Promotion and Facilitation) Act, 2020 ; The Farmers (Empowerment and Protection) Agreement on Price Assurance and Farm Services Act. 2020 ; and The Essential Commodities (Amendment) Act, 2020 . The laws have also been criticised as affecting every Indian as they disable the right to legal recourse of all citizens, undermining Article 32 of the Indian Constitution.