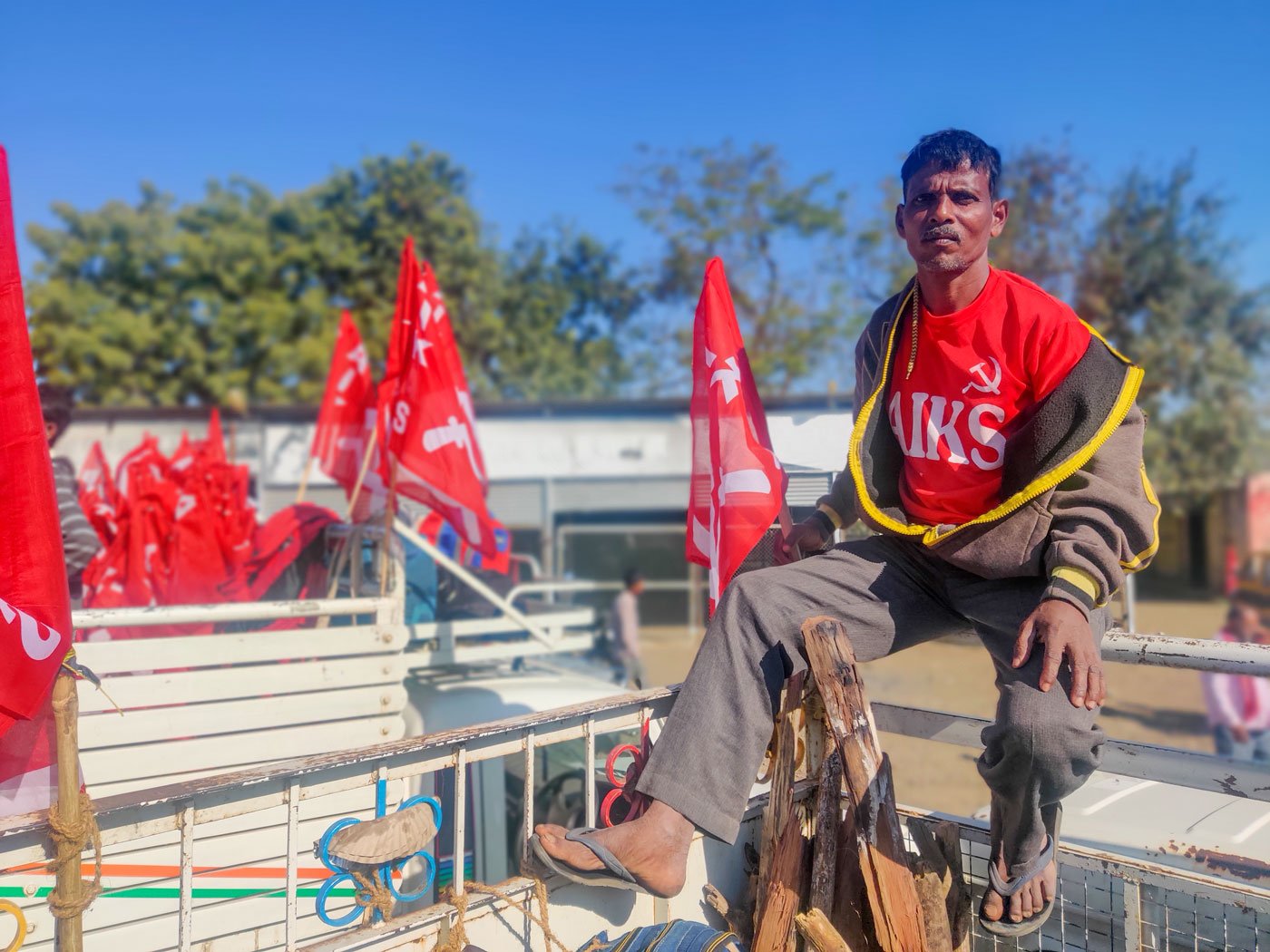 At Shahjahanpur, solidarity cuts across agrarian class lines, and Maharashtra's Adivasi farmers – many with small tracts of land – were moved by the abundance and generosity of their northern counterparts

When Hanumant Gunjal went back to his village after three few days at the protest site at Shahajahanpur, he was carrying back a clutch of unforgettable memories.

“The farmers there were extremely hospitable and really nice,” says the 41-year-old Bhil Adivasi cultivator from Chandwad village in Maharashtra’s Nashik district, who had reached Shahjahanpur on December 25. “We had carried rice and dal with us in case we needed it for cooking. But we did not have to use it at all. They fed us delicious food with a lot of ghee in it. They welcomed us with open generosity.”

On December 21, a jatha , a convoy of vehicles, had started out from Nashik city for Delhi, to be counted in solidarity with the protests against the farm laws. It took the roughly 1,000 farmers five days to reach the outskirts of the capital, around 1,400 kilometres away. Shahjahanpur, where the jatha was terminated, is located 120 kilometers south of Delhi, along the Rajasthan-Haryana border. It is one of the protest sites around the national capital where tens of thousands of farmers, mainly from Punjab, Haryana and Rajasthan, have bene protesting since November 26 against the three farm laws.

These laws were first passed as ordinances on June 5, 2020, then introduced as farm bills in Parliament on September 14 and hastened into Acts by the 20th of that month. The three laws are the Farmers (Empowerment and Protection) Agreement on Price Assurance and Farm Services Act, 2020 , the Farmers’ Produce Trade and Commerce (Promotion and Facilitation) Act , 2020 and the Essential Commodities (Amendment) Act, 2020 . The laws have also been criticised as affecting every Indian as they disable the right to legal recourse of all citizens, undermining Article 32 of the Constitution of India. 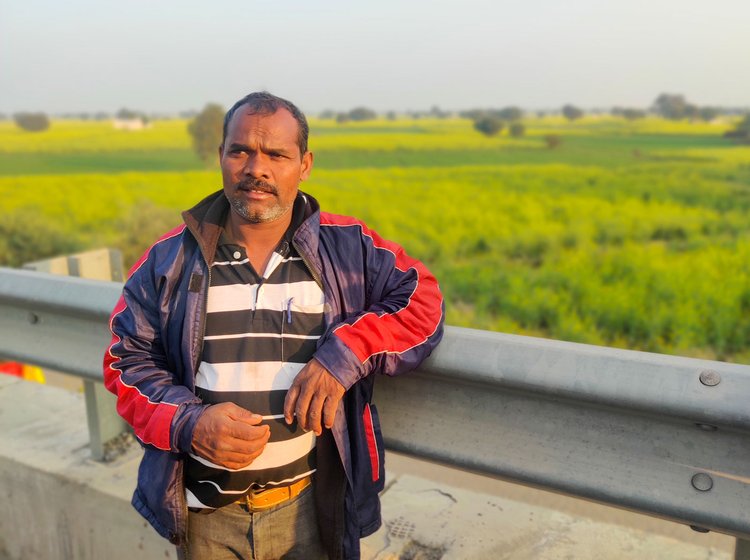 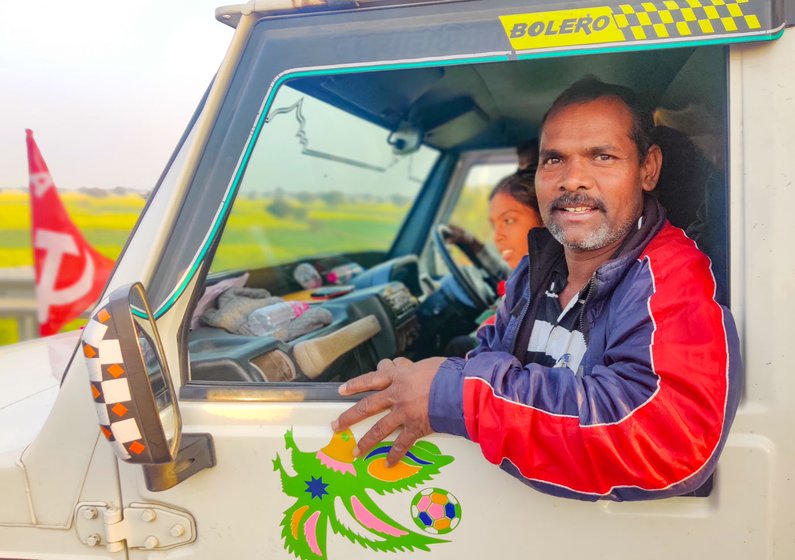 When Maharashtra farmer Hanumant Gunjal went back to his village from the protest site at Shahjahanpur, he carried back precious memories

Many of the farmers at the protest sites in and around Delhi own fairly large tracts of land, many of them drive four-wheelers. They say they have the resources to continue the protests till the 2024 general elections.

For the farmers from Maharashtra, many of them from Adivasi communities, most of them with small plots of land and scarce resources, this was unusual. But, says Suresh Wartha ( in the cover photo on top ), a 45-year-old farmer from the Warli community, who had come from Palghar district’s Vikramgad taluka , “We wanted to show that farmers are opposed to the farm laws outside of the northern states too, and that it affects both rich and poor farmers.”

The farmers all see the three new laws as having a devastating impact on their livelihoods by expanding the space for large corporates to exercise even greater power over farmers and farming. These laws also undermine the main forms of support to the cultivator, including the minimum support price (MSP), the agricultural produce marketing committees (APMCs), state procurement and more.

The Maharashtra farmers were also carrying with them gestures of support – including boxes of medicines they had thoughtfully brought along for their northern counterparts. But the protestors at Shahjahanpur were not quite short on medical supplies either.

“I have never seen a protest like this, where the protestors have all the facilities,” says Mathura Barde, 57, a Bhil Adivasi farmer from Shindodi village in Sangamner taluka of Ahmednagar district. “They had made all the arrangements. Upon reaching the protest site, we were welcomed with kaju , almonds, kheer , and there were many other things. We think twice before buying these items. They provided hot water for bathing. They gave us thick blankets. These were much needed because our blankets were torn.”

Mathuratai, who had participated in the Kisan Long March in March 2018, says she could not help but compare the two protests. “I remember how sparingly we used the foodgrains that we had carried with us,” she says. “We marched from Nashik to Mumbai on foot over seven days. We had to ensure our supplies lasted that long. Here, there are continuous langars feeding the protestors. We could eat as much as we wanted to.” 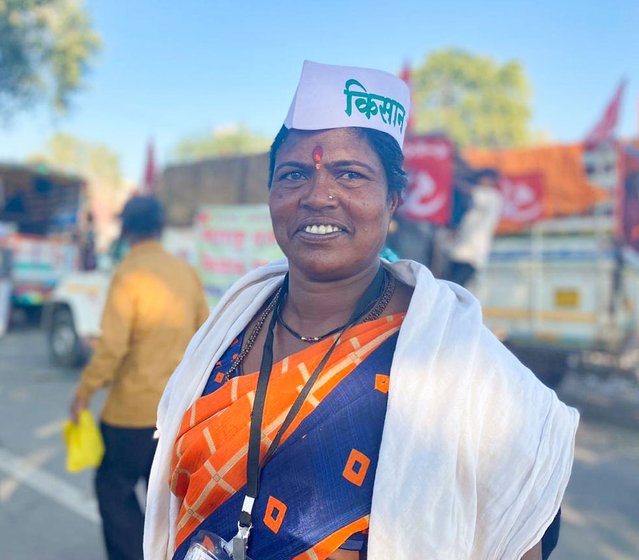 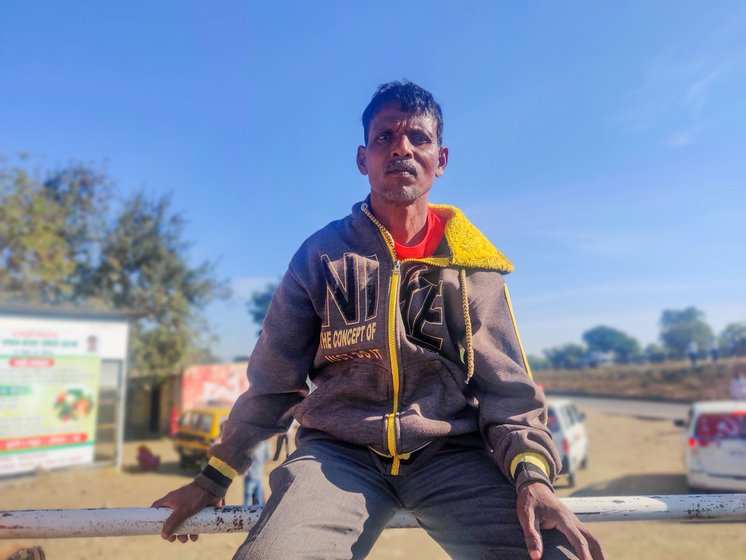 Mathura Barde (left): 'Never seen a protest like this'. Suresh Wartha (right): 'We wanted to show farmers are opposed to the laws outside of the northern states too'

The solidarity across agrarian class lines at Shahjahanpur was apparent, but what’s kept the Delhi-border protests well-stocked and going strong is also support from many not present at these sites.

One of the farm leaders who had organised the Long March of 2018, Ajit Nawale, observed this difference: “The Long March lasted seven days,” he says. “We struggled with resources for the first five days. After we reached the outskirts of Mumbai on the sixth day, the non-farming community reached out with food, water, fruits, biscuits, slippers and so on.”

Nawale, who is general secretary of the All India Kisan Sabha (affiliated with the Communist Party of India, Marxist), and was among those who led the convoy of farmers to Shahjahanpur, adds, “The sustainability of any protest depends on whether society backs it or not. That is exactly what has happened with the farm protests around Delhi. They are no longer limited to farmers. The entire society is backing them.”

Elaborating, Nawale adds that on their first night of camping at Shahjahanpur, some autorickshaw drivers landed up at the protest site carrying blankets, warm clothes, monkey caps and other items. “The Sikh community in Delhi had pooled in money upon realising that farmers from Maharashtra are coming to Shahjahanpur,” he says. “They bought these items and sent them along.”

All this added to Hanumant Gunjal’s memorable experience. “We have come back [to out villages] feeling very positive,” he says.