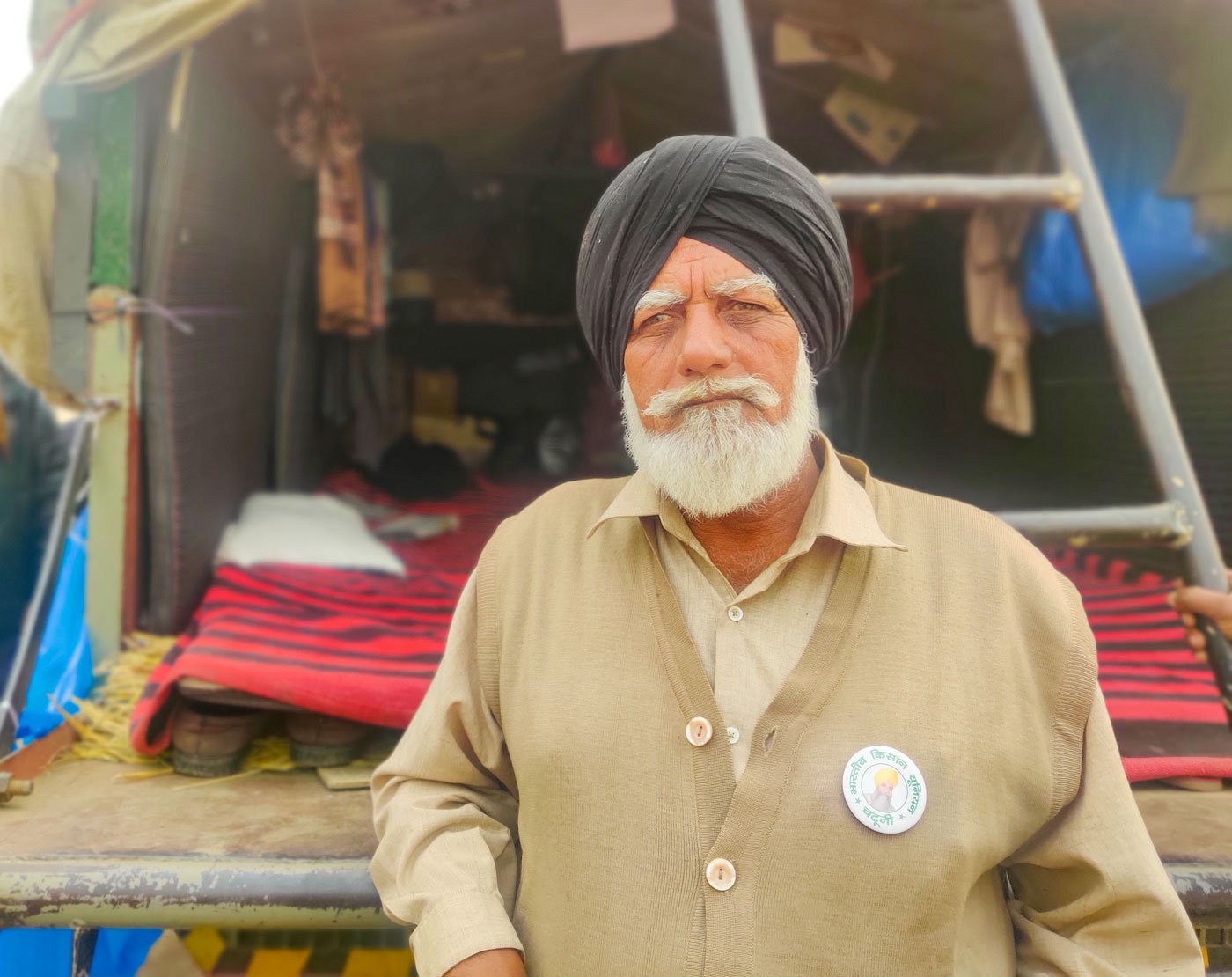 Rotating for a farmers’ revolution at Singhu

With their protest on for weeks, farmers on the Haryana-Delhi border can’t neglect their crops and land, so they have devised a relay – while some return briefly to their villages, others take their place at Singhu

It was time for the wheat crop to be watered. And Sabaran Singh couldn’t afford to miss attending to this crucial step on his farmland. So he went back from Singhu, on the Haryana-Delhi border, to his village in Punjab, in the first week of December.

But he was not leaving the protest site, where he has been steadfastly staying since November 26, for good. A few days later, he was back at Singhu from his 12-acre farm in Khant village, some 250 kilometres away. “I am not the only one doing this,” says the 70-year-old farmer. “Many people here are rotating between their villages and the protests site.”

The relay that the farmers have devised keeps their numbers strong at Singhu, while also ensuring their crops back home are not neglected.

“This is the time we start cultivating our wheat crop,” says Sabaran, referring to the November-December period. “When I was away, a few of my friends from the village replaced me at Singhu.”

Several protesters have been following this to-and-from movement. “Many of us have four-wheelers,” says Sabaran, who is also a former armyman. “These keep going back and forth from here to our villages. But the cars are never empty. If four people are being dropped at the village, four others come back in the same car.” 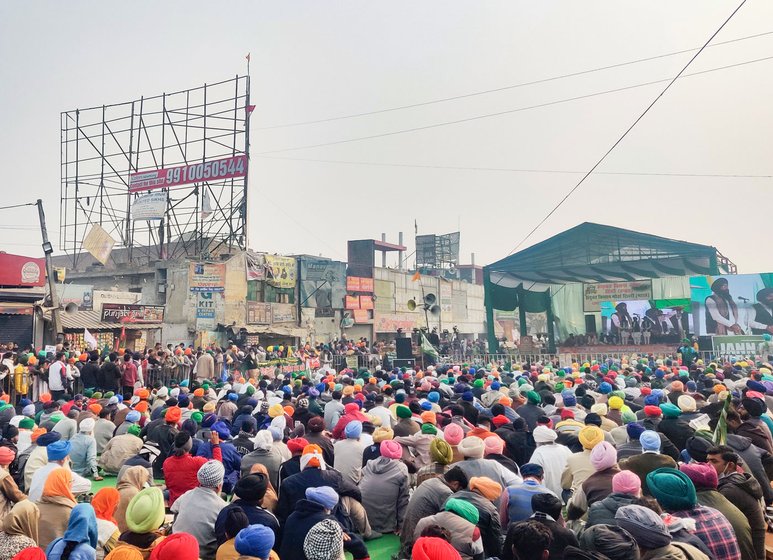 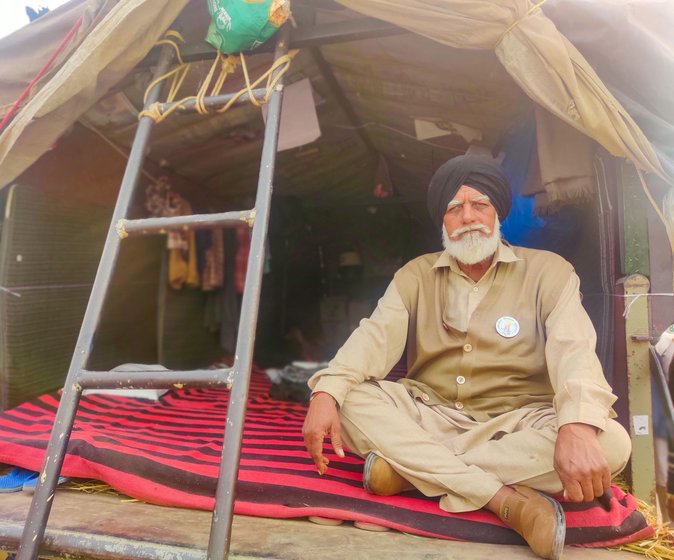 'The cars keep going back and forth from here to our villages. If four people are dropped there, four others come back in the same car', says Sabaran Singh

They come back to Singhu, one of several protest sites in and around the national capital, where tens of thousands of farmers have been protesting since November 26 against the new farm laws pushed through in Parliament by the central government in September 2020.

The protest at Singhu – in outer north Delhi, along the border with Haryana – is the biggest, where over 30,000 farmers have parked themselves. They are determined to carry on until the laws are withdrawn.

While he was in his village in Khamanon tehsil of Fatehgarh Sahib district in early December, Sabaran attended a wedding, completed some bank formalities and put together a fresh stack of clothes. “We have all the facilities here,” he says, pointing to the hay he has layered under a mattress in his truck. “It helps us stay warm. Plus there is electricity, water and blankets. Bathrooms are not a problem either. We have rations that can last for more than six months.”

As a wheat and paddy cultivator, Sabaran is particularly uncomfortable with the law that overrides the state-regulated mandis , from where the government procures crops at MSP (the minimum support price). The procurement of wheat and rice in Punjab and Haryana is more efficient than in any other part of the country, and this is one of the reasons why it’s predominantly farmers from this belt who are protesting against the laws. “The moment private companies come in, they will have a monopoly,” says Sabaran. “Farmers will have little say, and large corporations will dictate terms with these laws.” 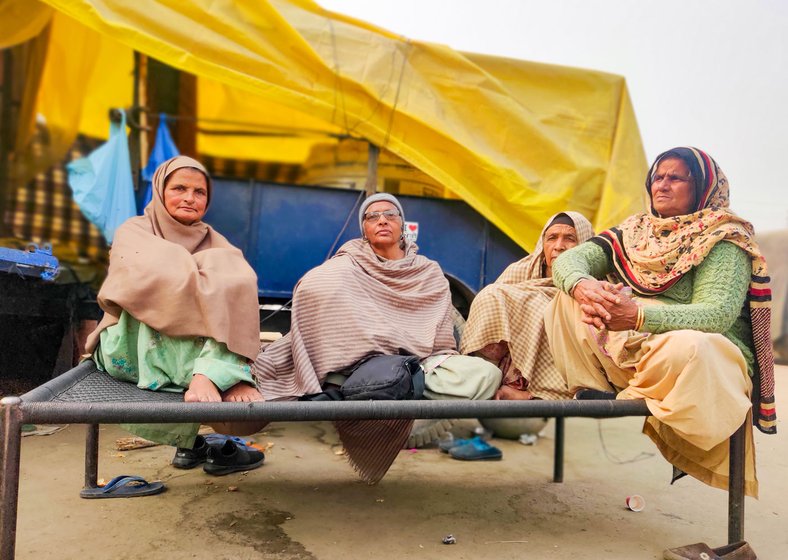 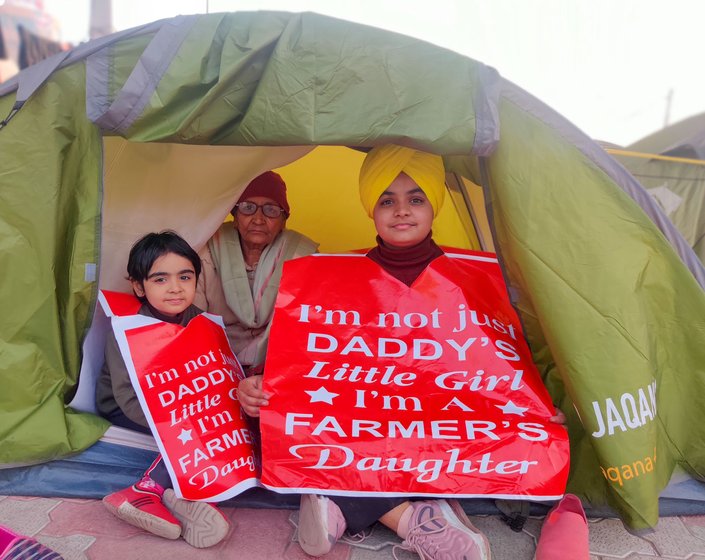 Left: Hardeep Kaur (second from left) says, 'We will go back for a while when he [a n employee looking after their farmland] needs us there. We will be replaced by someone here for that duration'. Right: Entire families at Singhu are engaged in this rotation

The laws were first passed as ordinances on June 5, 2020, then introduced as farm bills in Parliament on September 14 and rushed through as Acts on the 20th of that month. The farmers see these laws as devastating to their livelihoods by expanding the space for large corporates to exercise even greater power over farmers and farming. They also undermine the main forms of support to the cultivator, including the minimum support price (MSP), the agricultural produce marketing committees (APMCs), state procurement and more.

“ Yeh looteronki sarkar hai [This is a government of those who loot],” says Sabaran. “More and more farmers will join us in the coming days. The protests will only get bigger.”

Among those who have recently joined in is 62-year-old Hardeep Kaur, who arrived at Singhu in the third week of December. “My kids told me to join the protests,” she says, sitting on a charpoi with three friends, all wrapped in shawls against the severe northern winter.

Kaur has come here from Chakkar village in Ludhiana’s Jagraon tehsil – roughly 300 kilometres from Singhu. Her children live in Australia, where her daughter works as a nurse, and her son works in a factory. “They have been following the news closely,” she says. “They encouraged us to be part of this. We didn’t worry about corona when we decided to be here.” 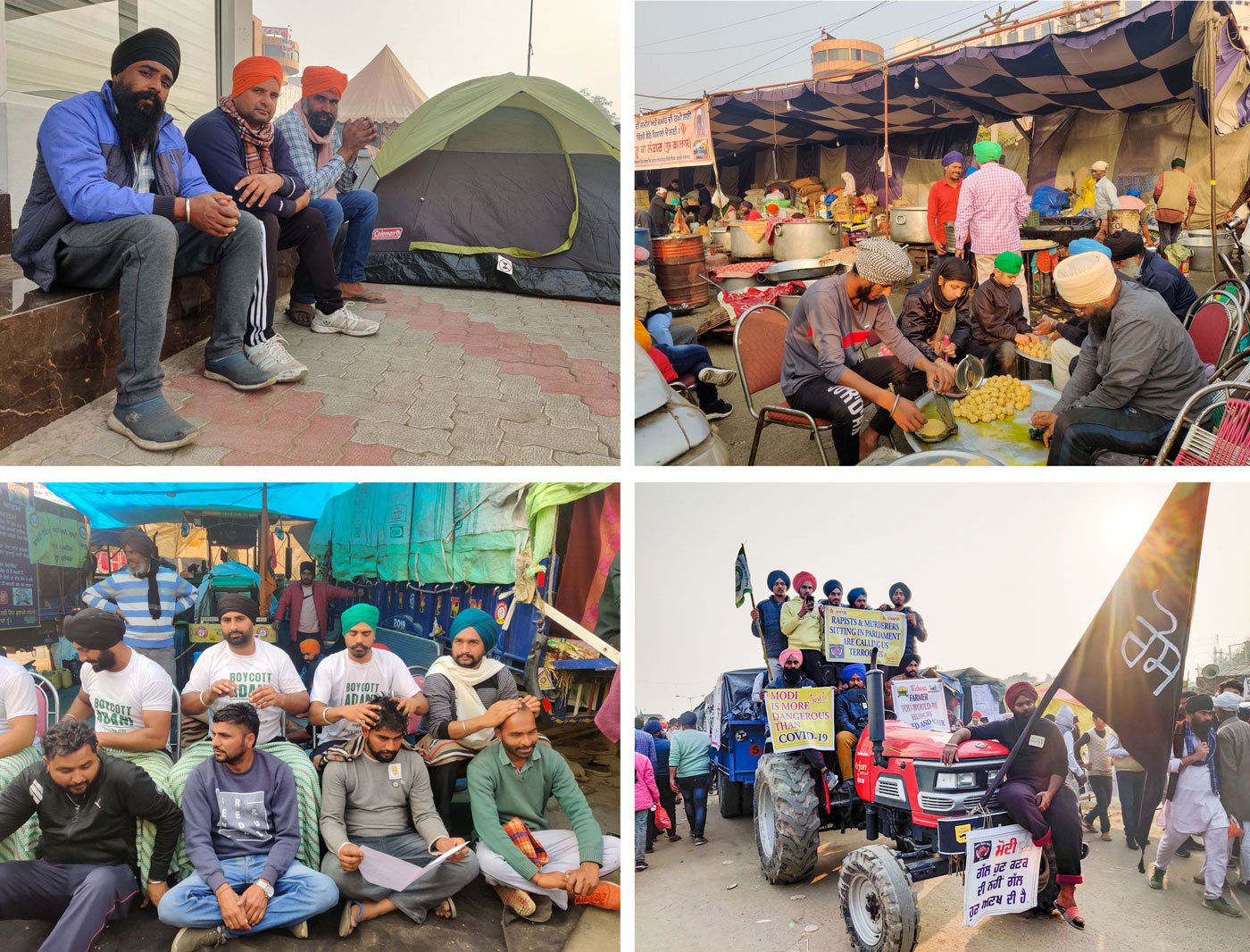 Shamsher Singh (top left, middle) points out that the back-up armies of farmers and helpers in the villages, though not visible at Singhu, are also protestors

While Kaur and her husband Jora Singh are away at the protest, an employee is looking after their 12-acre farmland where they cultivate paddy and wheat. “We will go back for a while when he needs us to be in the village,” she says. “We will be replaced by someone [at Singhu] for that duration. We will hire a car to go back home. The same car will bring back someone from the village.”

Those who can’t afford a car are rotating by bus. The farmers have brought their tractor-trolleys at the protest sites as well, but these don’t go anywhere, says Shamsher Singh, 36, a sugarcane farmer with four acres of land in Shivpuri village in Uttar Pradesh’s Muzaffarnagar district. “The tractors signify that we have not left the battlefield,” he says. “They remain at Singhu.”

While Shamsher marks his presence at Singhu, sugarcane is being harvested back in his village. “I will be here for another few days,” he adds. “Once I leave, my brother will take my place. He is currently harvesting sugarcane. Farming does not wait for anyone. The work must go on.”

The back-up armies of farmers and helpers in the villages are also protestors, Shamsher points out, though they are not visible at Singhu. “A huge number of people have left their homes behind to be part of the protest,” he says. “But not everyone has families or help to look after their farms. So villagers back home are doing double the work, and cultivating [their own land as well as] the land of those at Singhu or other protest sites. They are also part of these protests. They are just not physically present at the protest sites.”
#new-farm-laws #Article-32 #corporate-control #tractors #farmers-protests #APMCs #MSP #mandi
Parth M.N.
@parthpunter