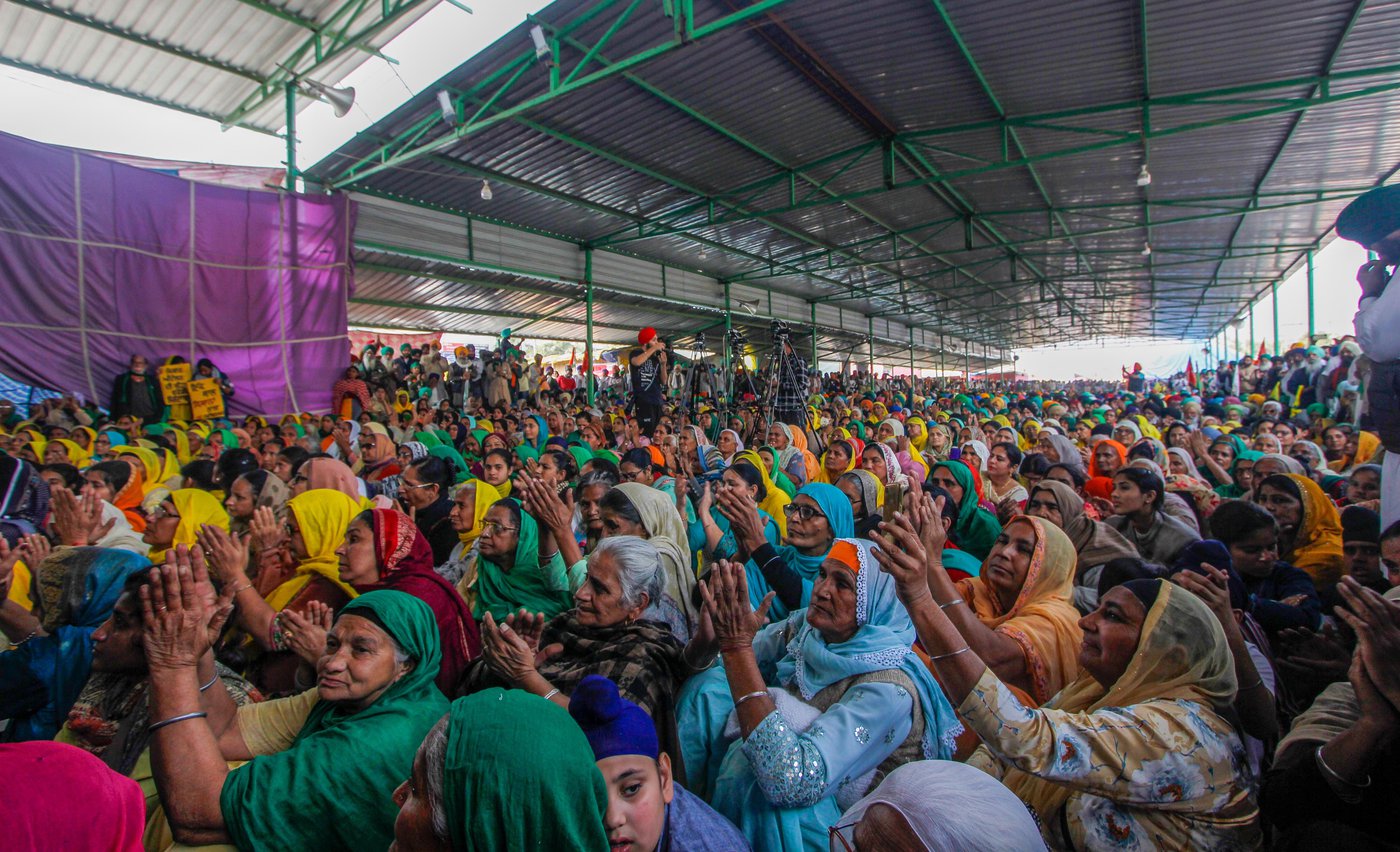 An ocean of farmers marked the milestone anniversary of their protest at Singhu, spoke of the repeal of the farms laws, recalled the tears and triumph of the year gone by, and of the struggle still to come

They walked past the stage, flags held high – red, yellow, green, white and orange. A group of women farmers came marching in, their heads covered in green dupattas . A contingent of men drove by on tractors, their turbans off-white and maroon, yellow and green. Various groups with flags held on their shoulders walked past the stage all day – each colour gliding by like verses in an epic poem.

It was a full year since November 26, 2020, when many of them had reached the gates of Delhi to protest against the three laws passed by Parliament. To mark the milestone anniversary, farmers and supporters filled the protest sites at Singhu, Tikri and Ghazipur last Friday.

It was a day of triumph and tears, of memories and plans. It’s a battle won, not the final victory, said 33-year-old Gurjeet Singh, who was at Singhu, of the announcement on November 19 by the prime minister that the three laws will be repealed. Singh cultivates 25 acres in Araianwala, his village in Zira tehsil of Punjab’s Firozpur district.

“This victory belongs to the people. We defeated a stubborn administrator and we are happy,” said 45-year-old Gurjeet Singh Azad, who too was at Singhu that day. In Azad’s village, Bhattian, in Kahnuwan tehsil of Gurdaspur district, his uncles cultivate mainly wheat and paddy on the two acres he owns. “This battle did not start on November 26. That day, it arrived at the borders of Delhi,” he added. “The farmers had started protesting long before the bills turned into laws. After the three farm laws were passed in September 2020, a call was given to come to Delhi. We followed that call.”

He recalled that eventful march last year: “As we moved towards our capital, the government used water cannons. They dug trenches. But we were not coming to rage war to be stopped with raised fences and barbed wire.” (Last year, 62-year-old Jograj Singh had told me that it is farmers like him who feed the police, and the cops too are their children – so if their lathis also needed to be ‘fed’, then the famers were willing to offer their backs.) 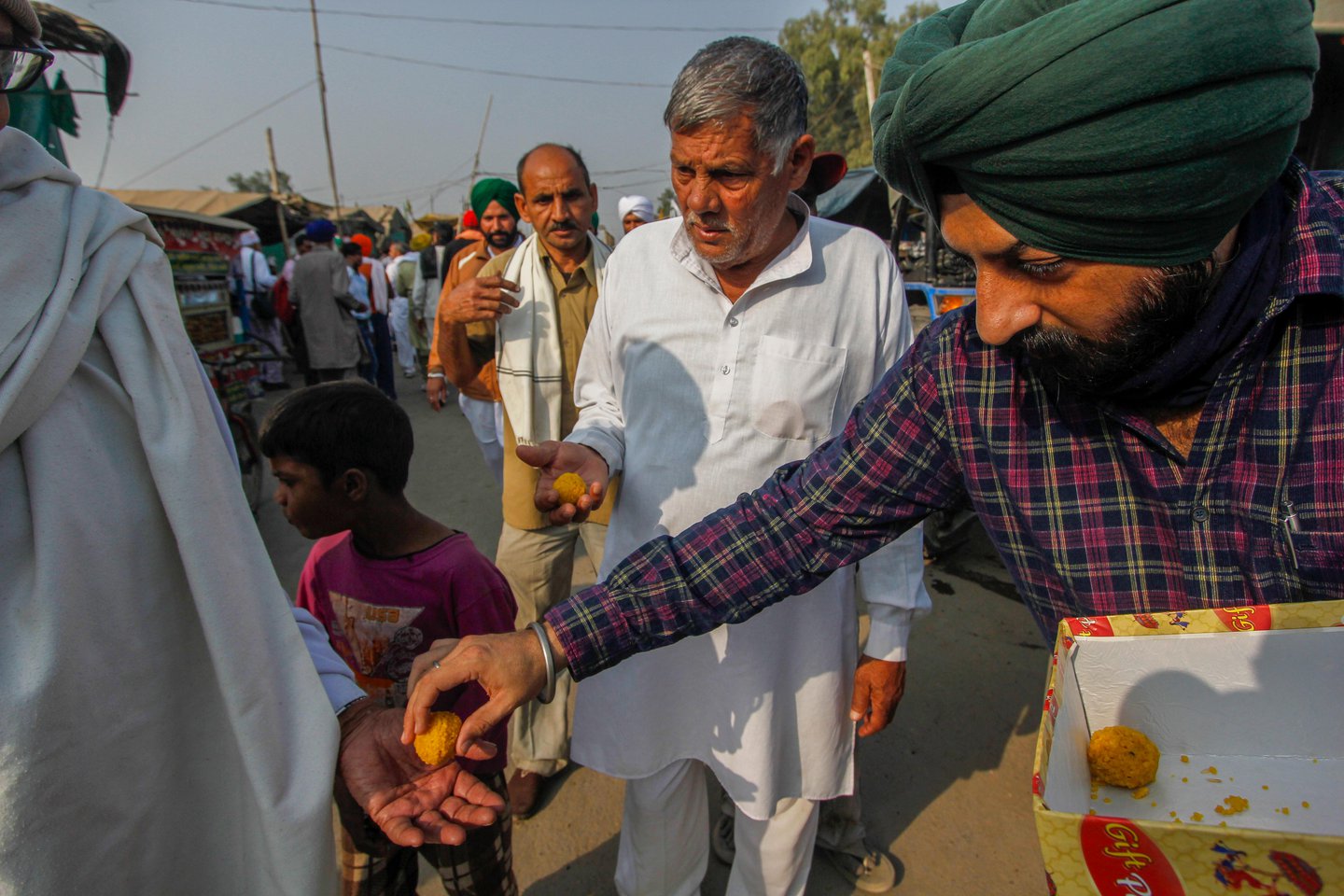 The farmers were as peaceful in their celebration on November 26 as they have been through the year of adversity. They danced, they sang, they distributed laddoos

Also at Singhu last week was Rajinder Kaur from Daun Kalan village of Patiala district – she had come to the protest sites 26 times. “Since this protest started, I have been volunteering at one of the toll plazas in Patiala, taking care that no farmer has to pay toll,” said Rajinder, 48, whose family owns five acres of land. “First, he [the prime minister] imposed the laws. Then he repealed them. In between, we have suffered a huge loss [of lives and livelihoods]. He should not have brought in the laws in the first place, and once he did, should have repealed them much earlier.”

Over the 12 months, when the prime minister would not repeal the laws, the farmers braved the chill winter winds and the government's refusal to listen. They braved the scorching sun, they withstood the storms and rains that blew away their tents on the highways. They were threatened that their water and electricity supplies would be cut. They endured a shortage of washrooms, and the risks of the pandemic.

“The government wanted to tire us and thought that we would go. We did not,” said Azad. While the farmers resolutely continued the protest, many sections of the mainstream media maligned them. Azad volunteered with a well-knowns social media handle dedicated to farmers to, he said, counter the media narrative calling the farmers uneducated, Khalistanis and more. “They said we were illiterate and attacked our ability to reason and think for ourselves. I took it as a challenge and wrote rebuttals,” he said.

“This movement has taught us many things,” added Gurjeet Singh, “and that no matter how tough it is, the battle for truth can be won. And it has at least taught the lawmakers of the country one thing — think a thousand times before bulldozing any such law onto the people in the country.”

“We came to be victorious, and will only leave when victory is ours,” said Sukhdev Singh. The 47-year-old-farmer from Mohan Majra village in Khamanon tehsil of Fatehgarh Sahib district, whose left leg was amputated after a road accident 15 years ago, added: “Even after the [repeal] announcement was made, the focus has been on sending us home. We are not going back until the parliamentary procedure for the repeal is completed and the bijli bill [Electricity (Amendment) Bill, 2020] is revoked.”

The farmers were as peaceful in their celebration on November 26 as they have been throughout the past year of adversity. They danced, they sang, they distributed sweets and fruits — boondi laddoo, barfi and banana. The langar and other sewas have continued. 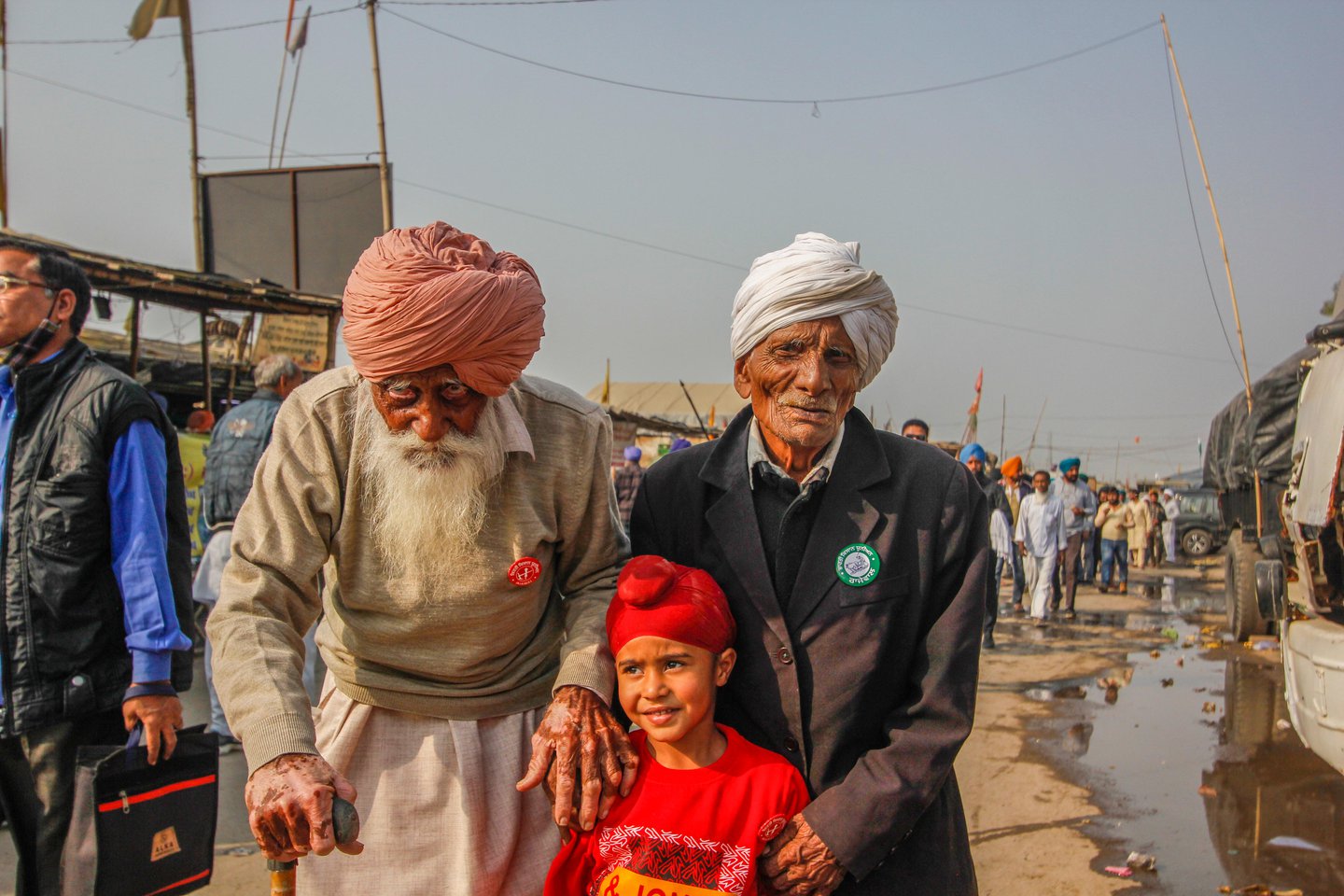 Determined to be present on this historic day, 87-year-old Mukhtar Singh asked his son to take him to the protest site so that he could die in peace. Here, he is with his grandson and Devi Singh, a farmer-poet from Karnal in Haryana

On November 26, the stages at the Singhu and Tikri borders overflowed with people from various fields and professions, who came there to congratulate the farmers. Many cried, too.

Several farm leaders were on the stage, and the women and men farmers sitting and standing in front responded to each slogan with passion and pride. Every person who spoke from the stage offered homage to the nearly 700 farmers who have lost their lives over the last year of struggle.

“The farmers who came back here to mark one year did not only come to celebrate the victory, but also to pay their respects to the martyrs who died in the protests,” Azad said. “We do not know whether we are happy or sad,” Gurjeet added. “Our eyes are still moist thinking of those fellow protestors who died for this cause. We pay homage to them.”

Determined to be present on this historic day, 87-year-old Mukhtar Singh had come to Singhu from Sehnsra village in Ajnala tehsil of Amritsar, where he owns nine acres. He could barely walk or talk. Half bent and holding a stick, he took small steps towards the stage. When the repeal of the laws was announced, he asked his son, Sukhdev Singh, 36, to take him to the protest site. He told Sukhdev that he has spent all his life working for farmers (as a union member), and wanted to see the protest site so that he could die in peace.

During the difficult year-long wait, said  Kulwant Singh, 58, a farmer from Harchowal village in Batala block of Gurdaspur, sometimes he was uncertain if the laws would be repealed. “Then I would again struggle to regain optimism and tell myself – chardi kalan [a Punjabi phrase for remaining hopeful].”

The farmers spoke of other pending demands, including a legal right to MSP (minimum support price) for their crops and justice for the farmers killed in Lakhimpur Kheri. The fight for these and other issues, they said, will continue. Until then, a landmark year has gone by, and the poet Iqbal’s words come to mind:

("Find the field whose harvest is no peasant’s daily bread
Garner in the furnace every ripening ear of wheat!") 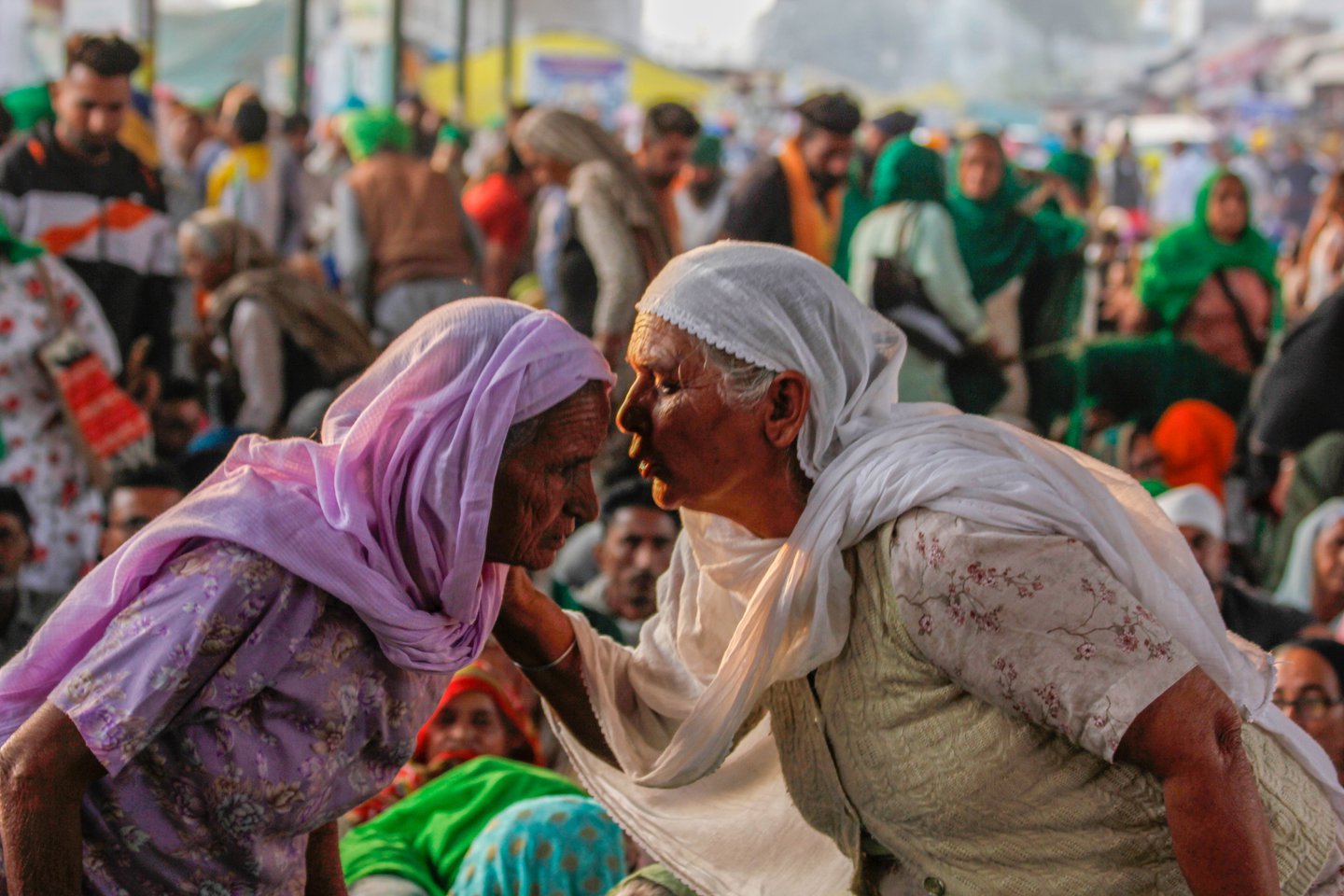 It was a day of shared victory and of memories for young and old alike at Tikri (in this photo), Singhu and Ghazipur 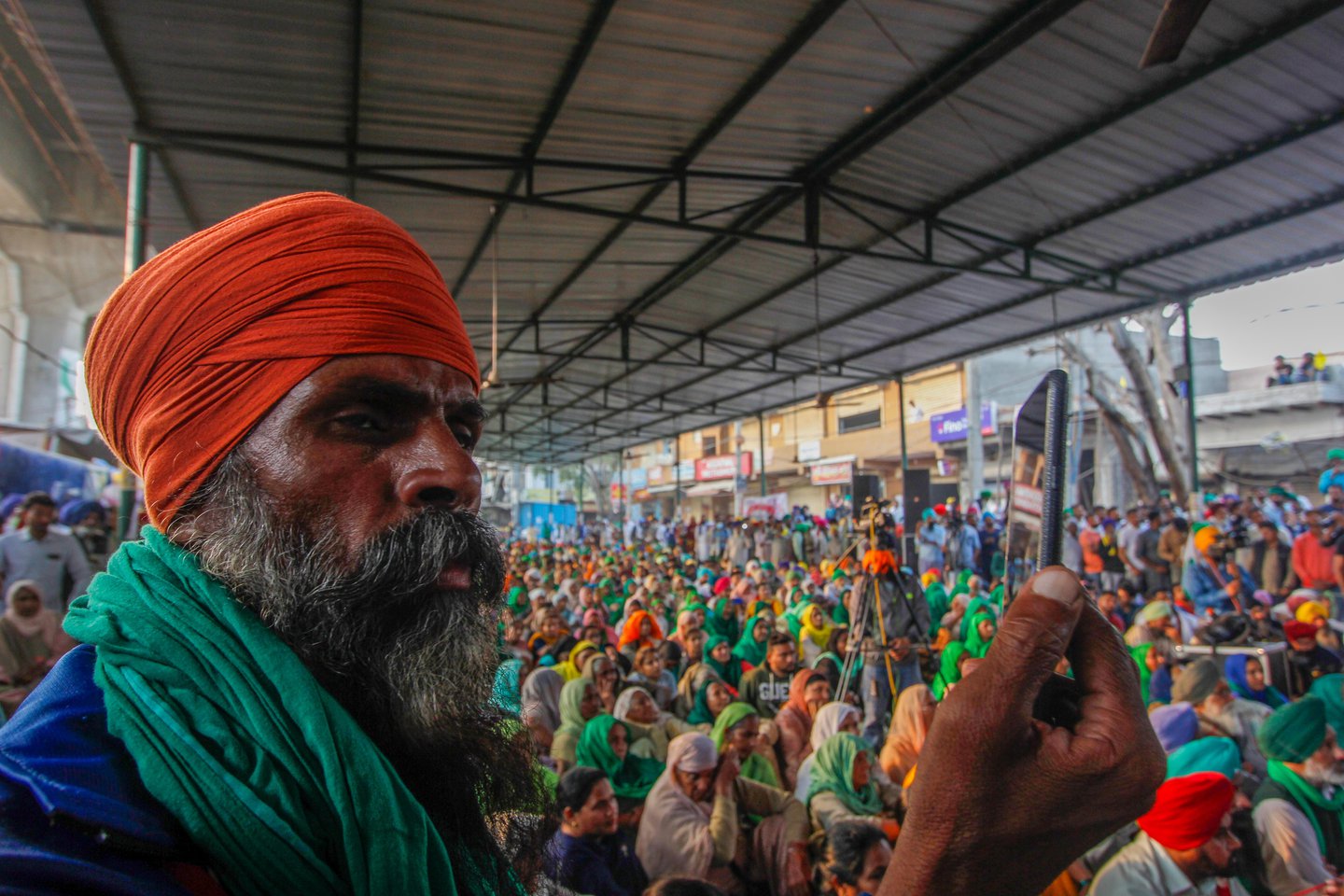 Many, like this farmer near the stage of the Samyukt Kisan Morcha in Tikri, recorded the historic moment 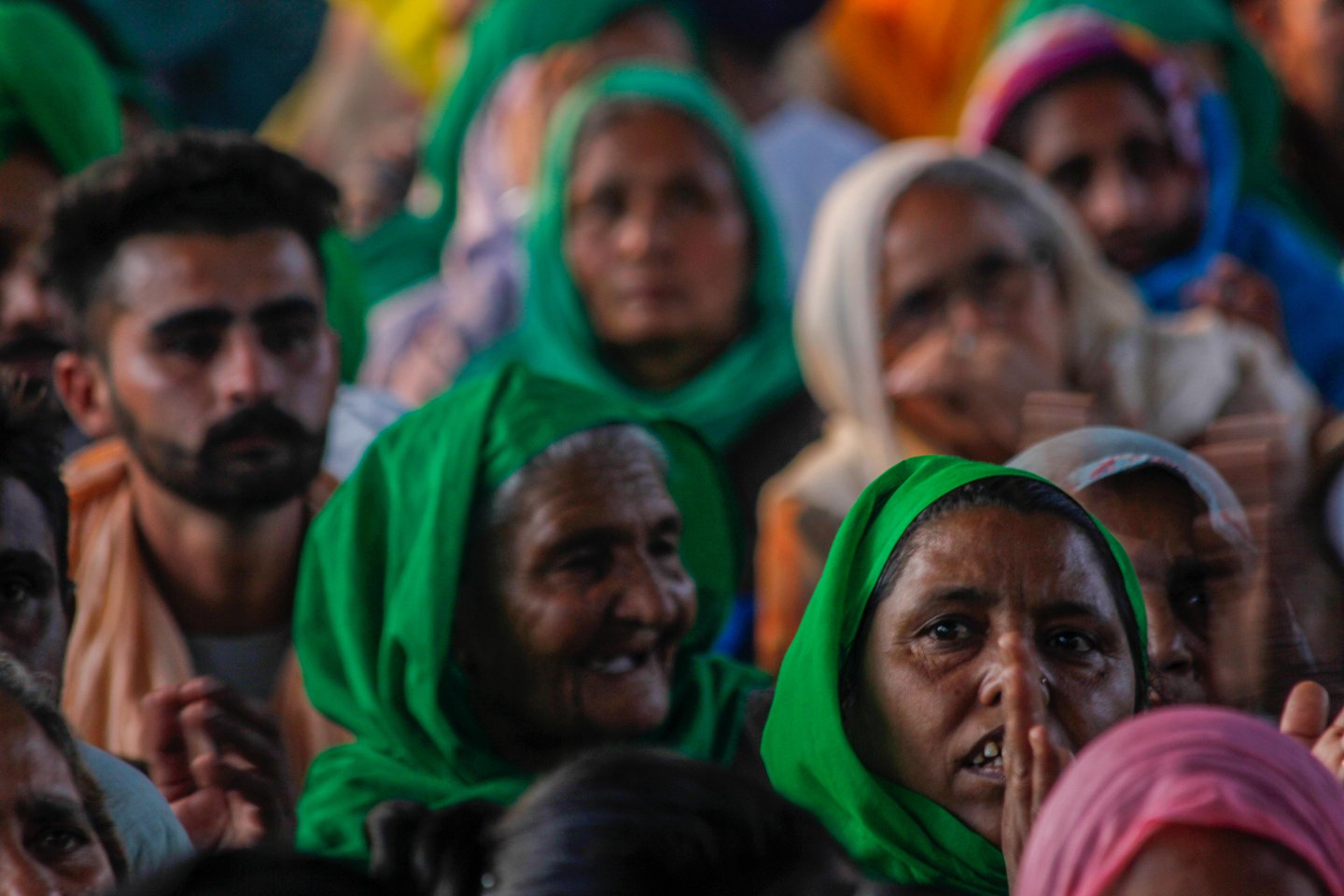 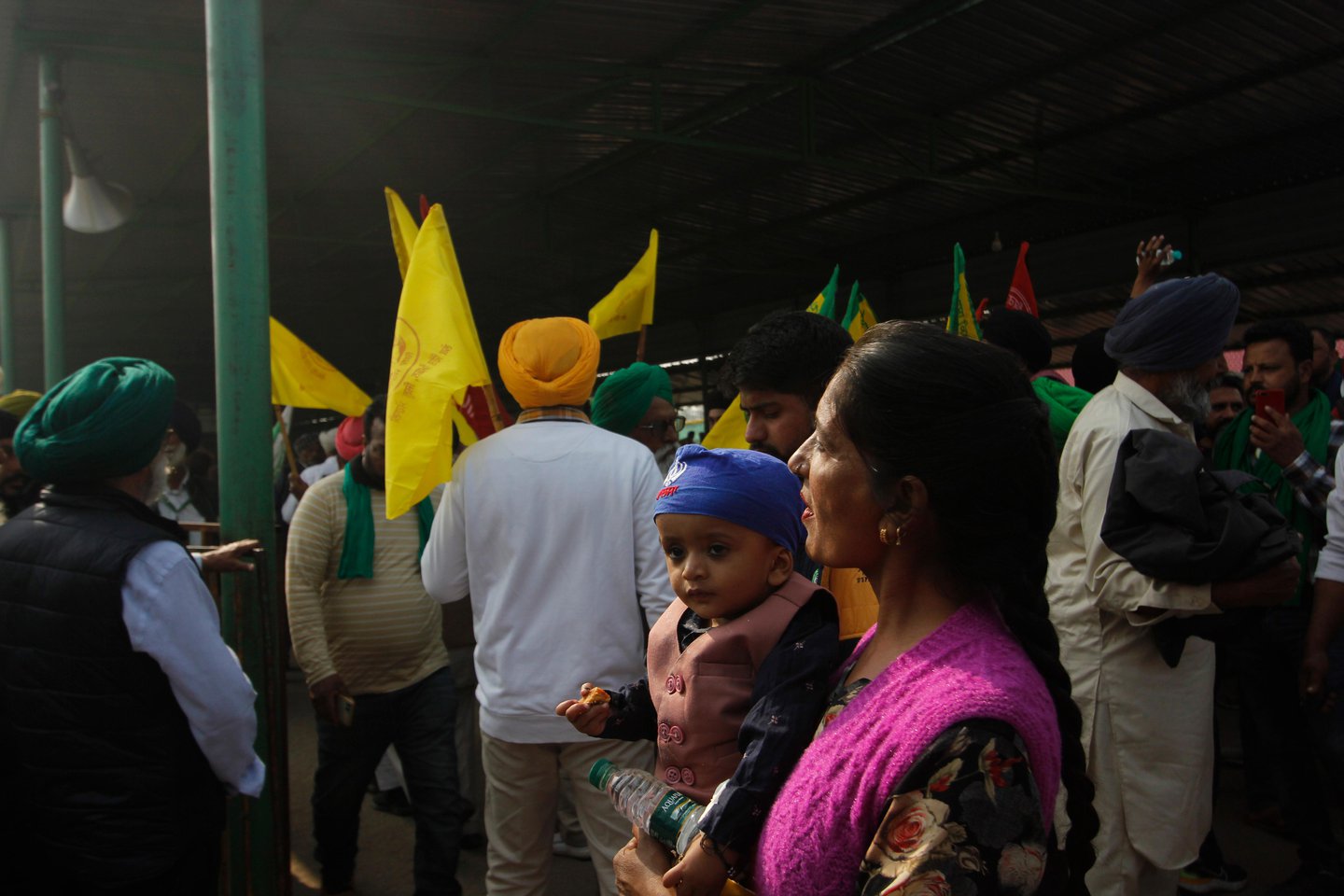 On November 26, the stages at the Singhu and Tikri borders overflowed with people from various fields, there to congratulate the farmers. Many cried, too 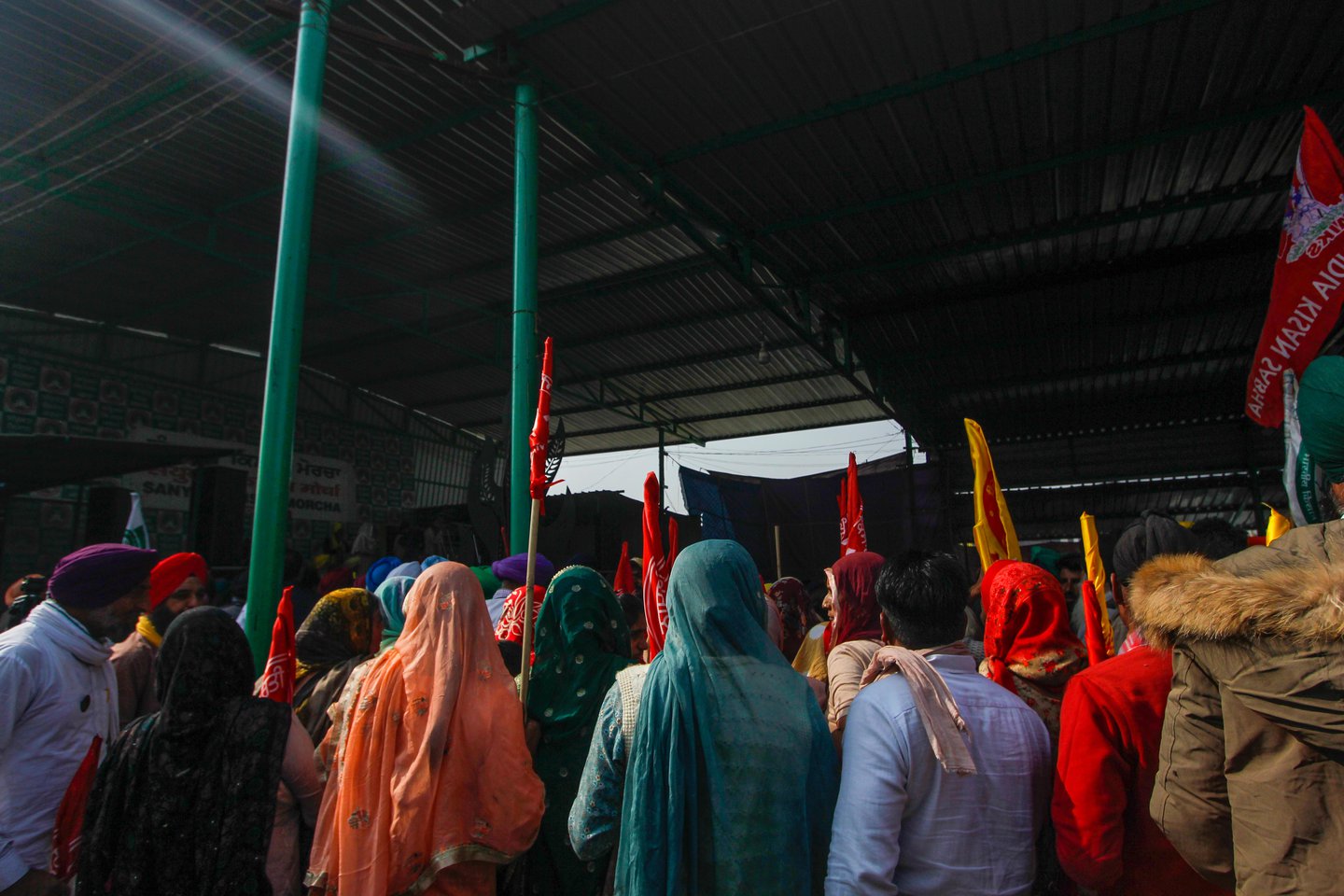 Several farm leaders were on the stage, and the farmers standing and sitting in front responded to each slogan with passion and pride 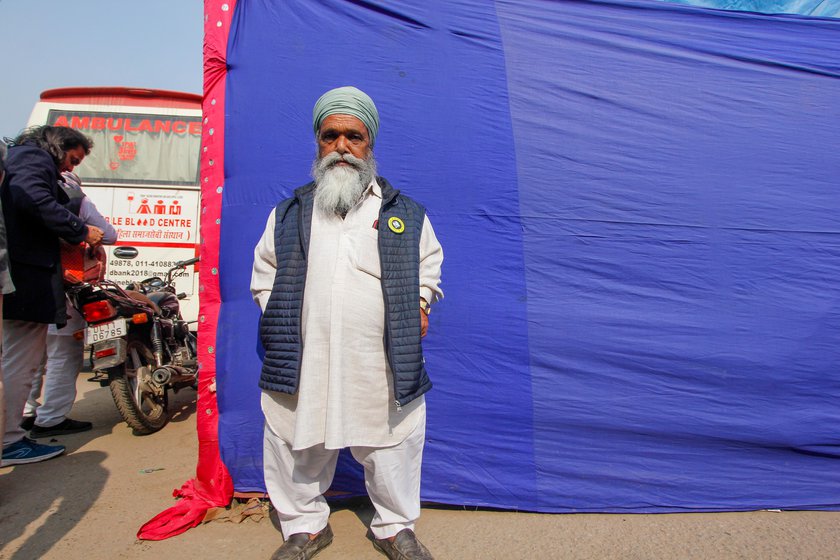 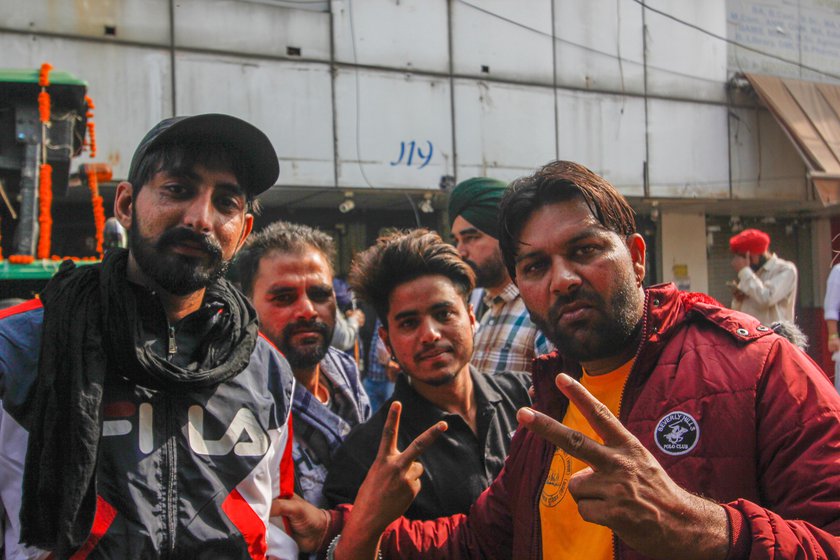 During the difficult year, said Kulwant Singh (left), sometimes he was uncertain if the laws would be repealed:' Then, I would again struggle to regain optimism and tell myself – chardi kalan [remain hopeful]. Right: Victory signs at the Singhu border 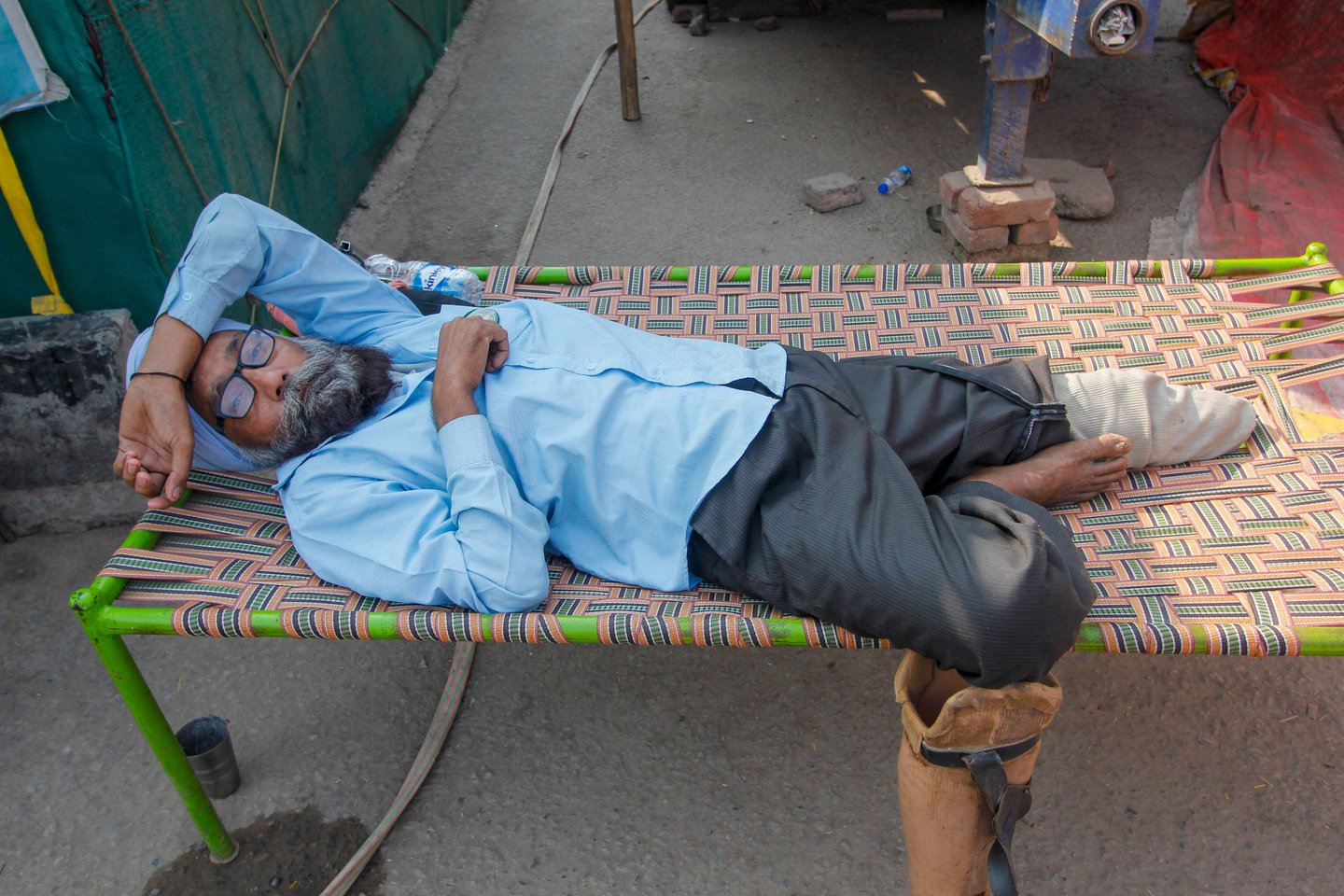 'We came to be victorious, and will only leave when victory is ours', said Sukhdev Singh, whose left leg was amputated many years ago 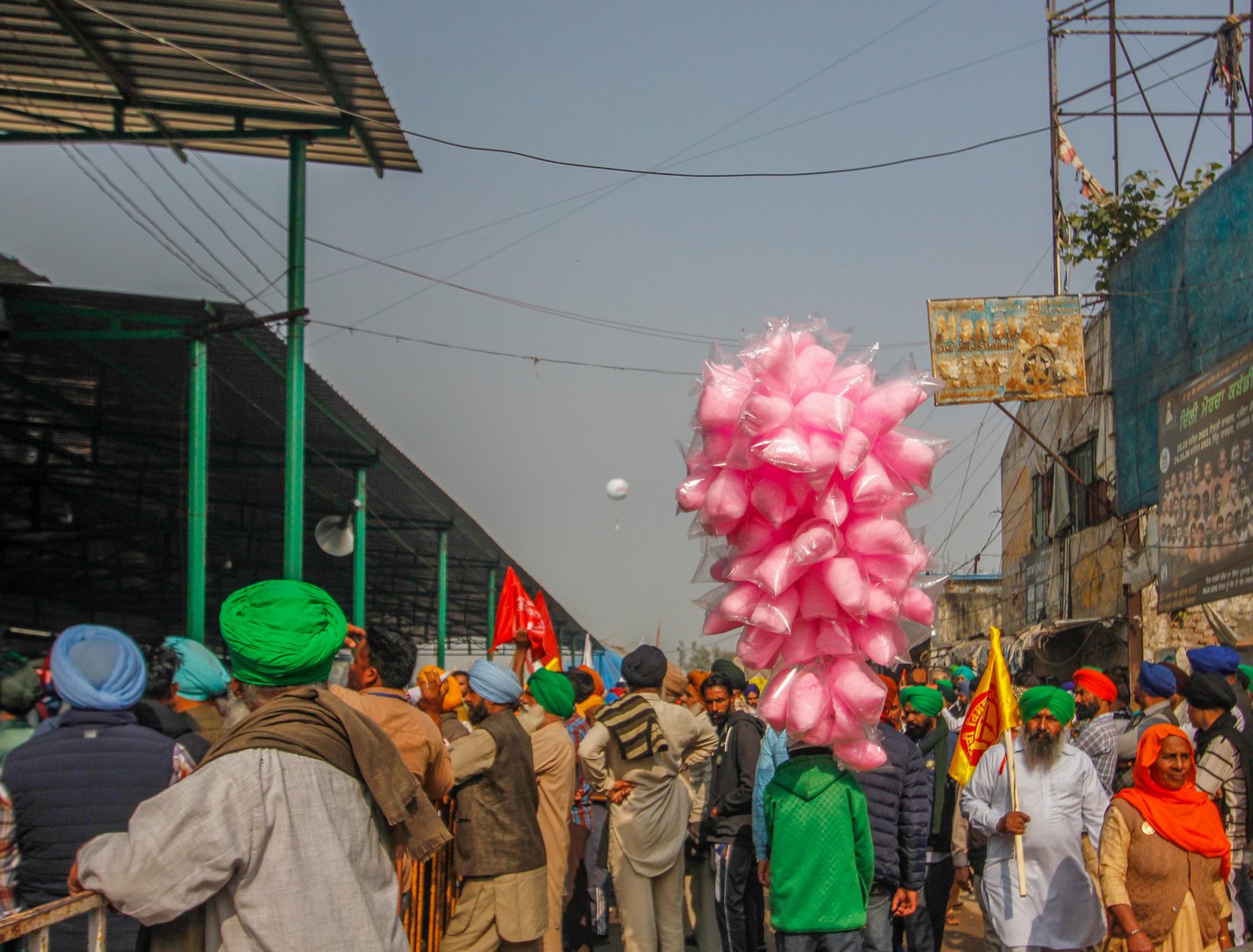 Candy floss mingled with flags, speeches from the stage (left), slogans and applause 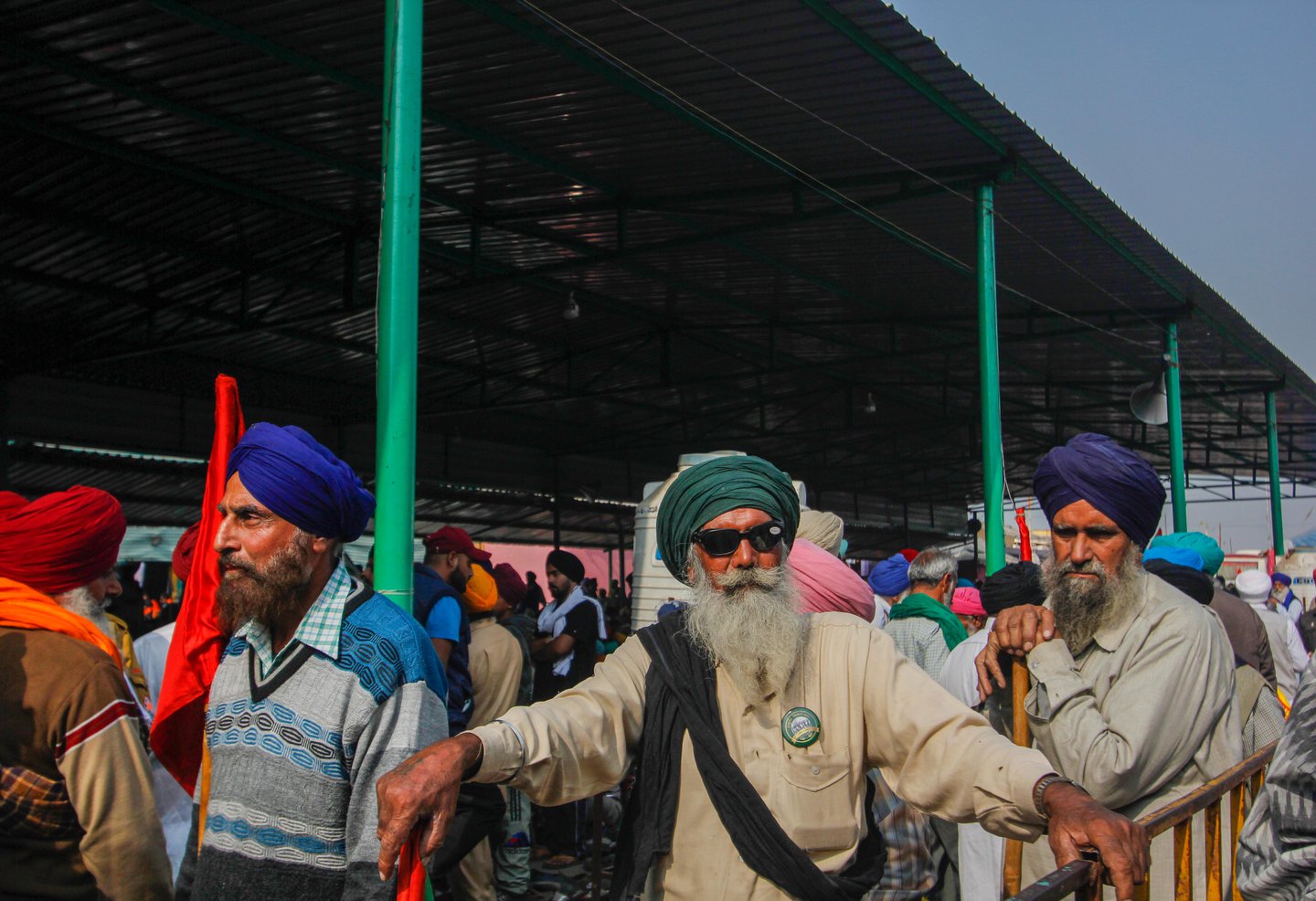 Farmers readily posed for photos to mark the milestone day 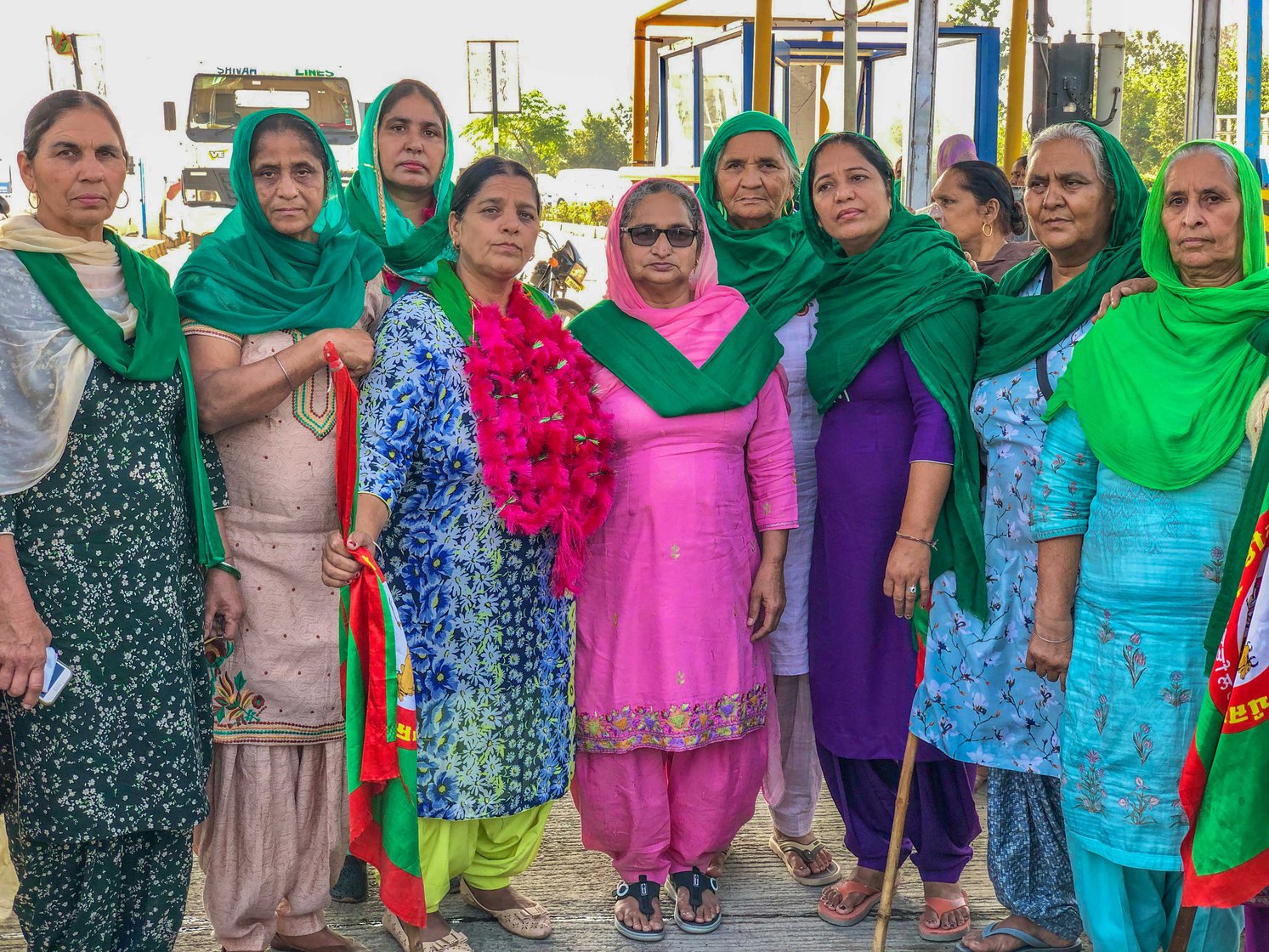 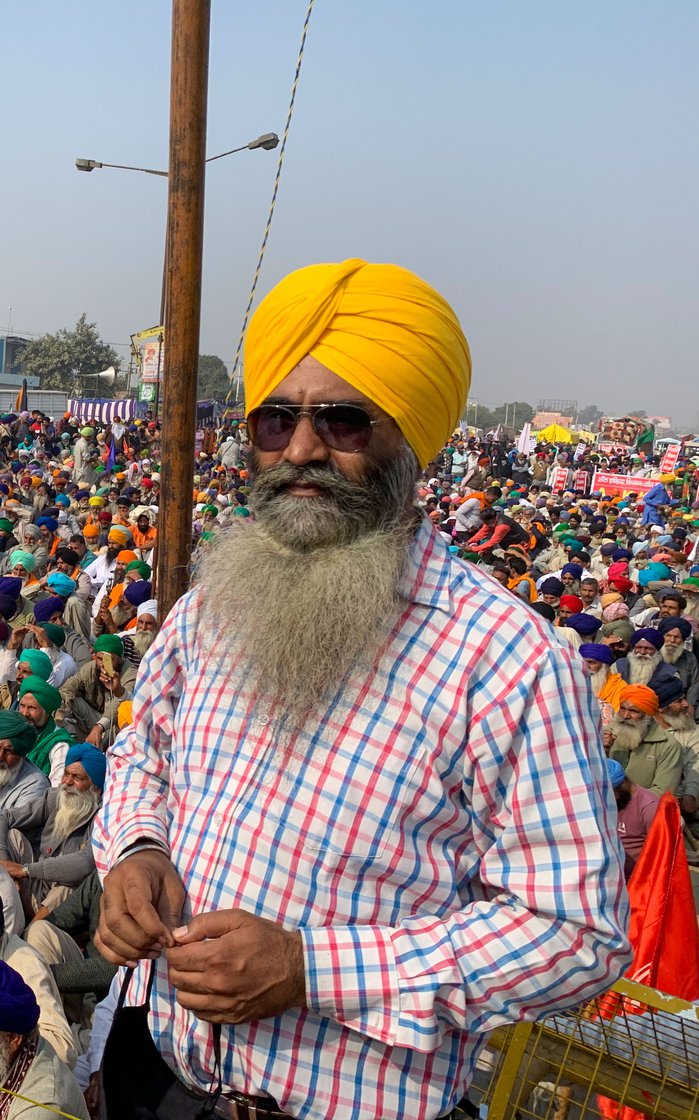 Left: Also at Singhu last week was Rajinder Kaur (fourth from left, in a photo taken in Patiala) – she had come to the protest sites 26 times. Right: Gurjeet Singh Azad (photo from last year) said: 'The government wanted to tire us and thought that we would go. We did not' 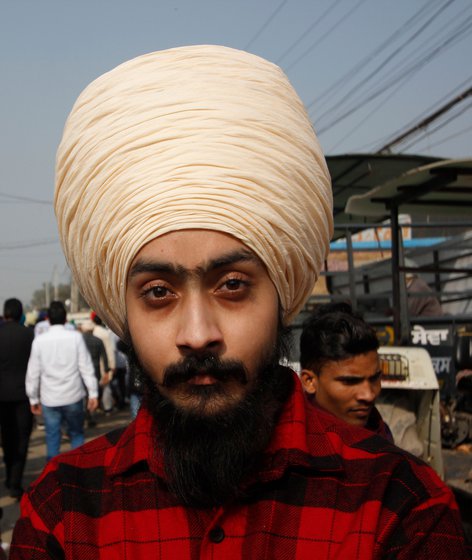 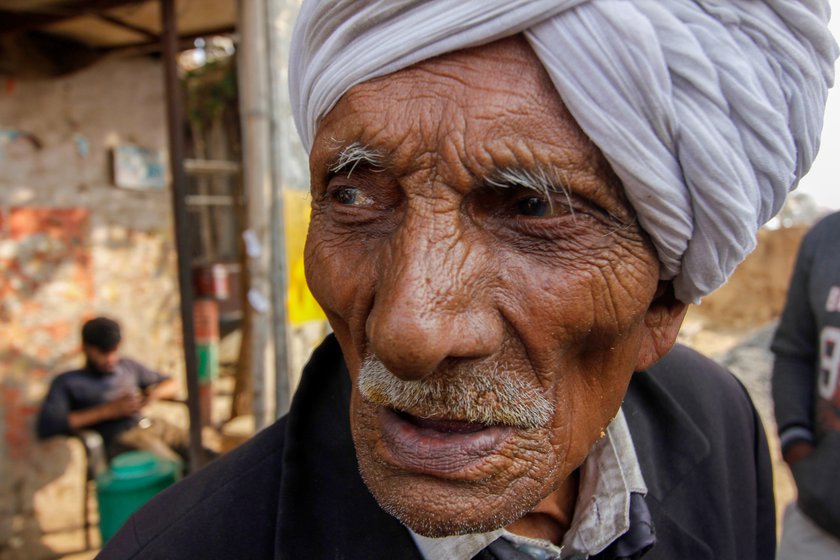 Left: An engineer from Delhi who came to witness the celebrations. Right: Devi Singh, a farmer and poet from Baragaon in Karnal, Haryana 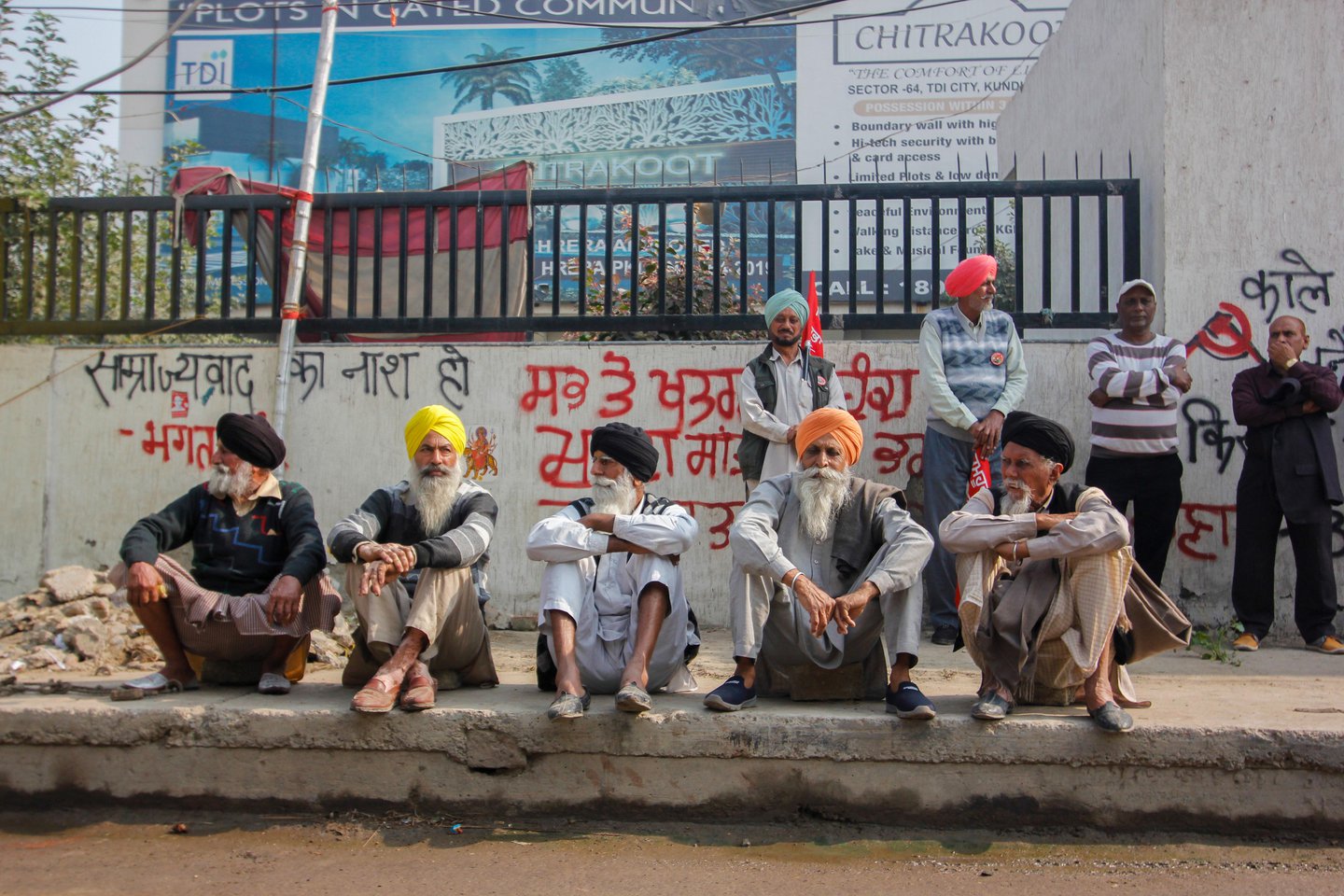 A group of farmers relaxing in front of the wall with graffiti that says: 'May imperialism fall' 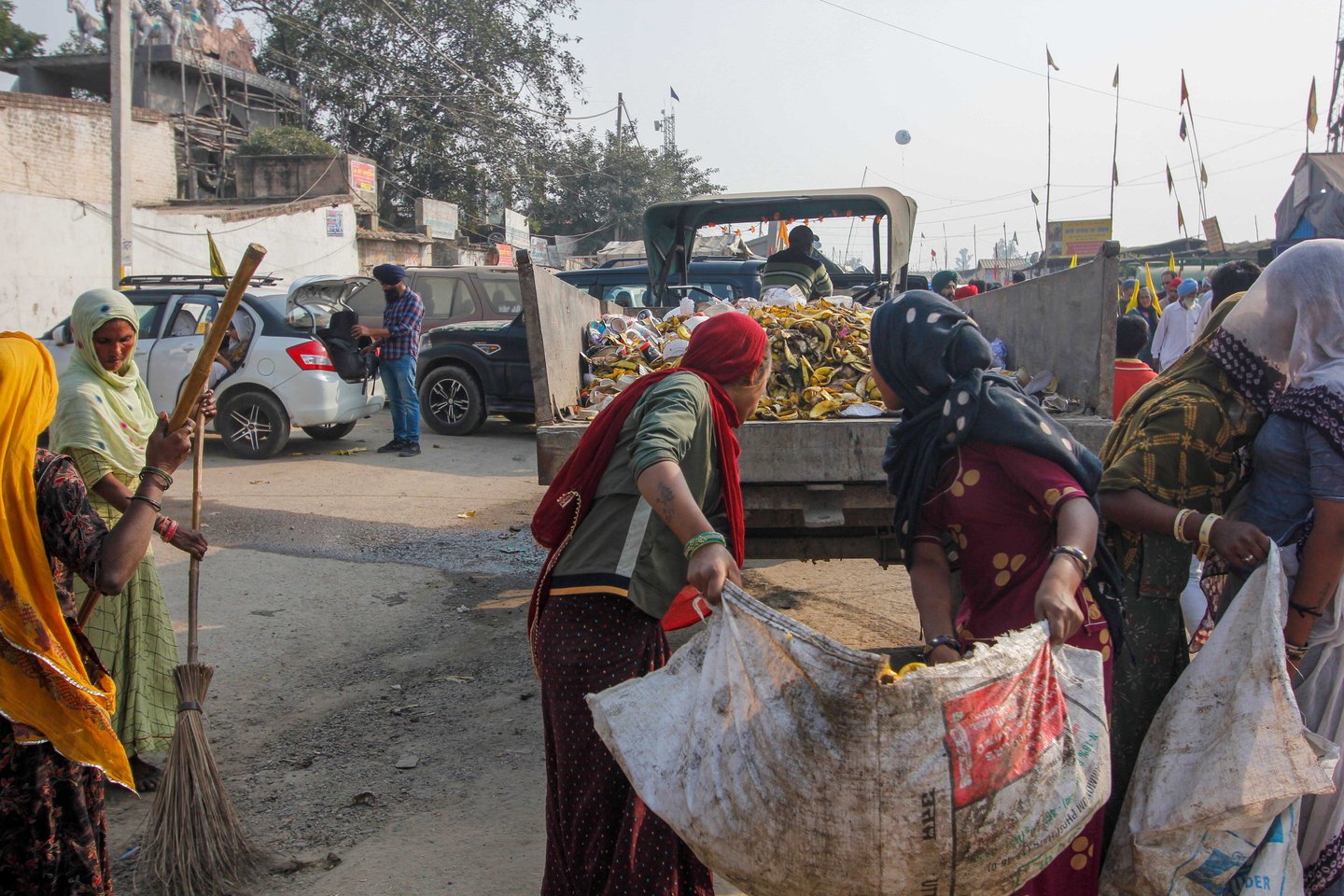