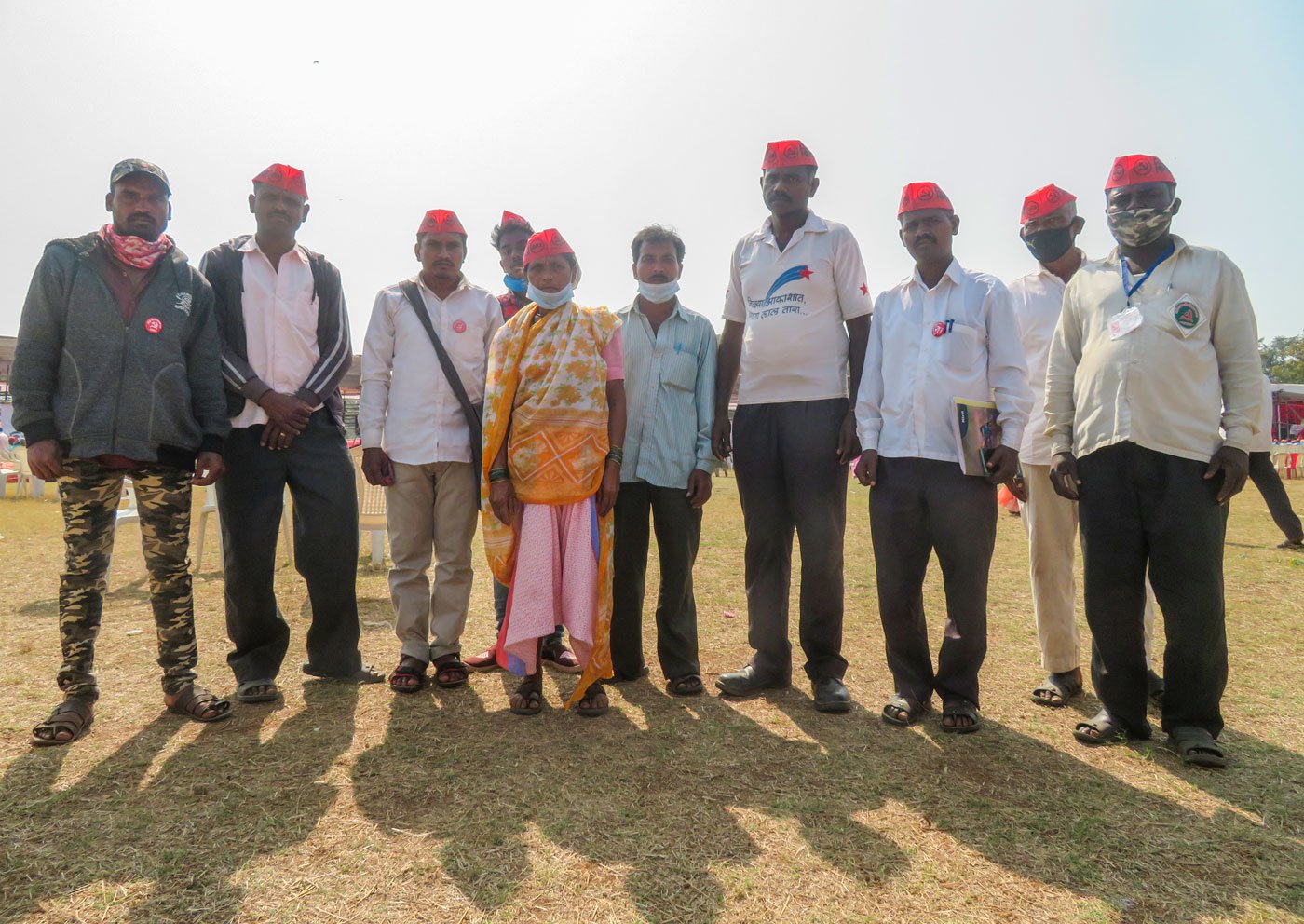 ‘Will the corporate-wale feed us for free?’

A shortage of PDS rations, hoarding, rising food prices – Maharashtra's farmers, who were at the protest at Mumbai's Azad Maidan, are worried about these and other possible long-term effects of the farm laws

Kailash Khandagale’s eyes widened as he scanned the maidan . “There are so many farmers here,” the 38-year-old landless labourer remarked, limping across the ground.

On January 24, Kailash had arrived in south Mumbai’s Azad Maidan to join thousands of Maharashtra farmers expressing solidarity with the farm protests at Delhi’s borders. “I am here to oppose the three [new farm] laws. I learned that they may affect the rations that my family gets,” said Kailash, whose community members mainly cultivate tomato, onion, bajra and paddy on plots ranging from one to five acres.

He was among the nearly 500 (his estimate) Koli Mahadev Adivasis from Ahmadnagar district who participated in the sit-in organised by the Samyukta Shetkari Kamgar Morcha from January 24 to 26. The Adivasis farmers from Akola, Parner and Sangamner talukas each paid Rs. 200 to hire 35 vans for the nearly 300 kilometre journey to Mumbai.

In Khambe, his village in Sangamner taluka , Kailash is the sole earner in his family of seven – his wife Bhavna, elderly parents and three kids. “I work on others’ farm and earn 250 rupees a day. But it is hard to find work for more than 200 days in a year because of my leg,” he said. Kailash injured his left leg as a 13-year-old, and over time, without adequate medical attention, it became a limp. Bhavna too is unable to do hard labour due to an impaired right arm.

With a small and unsteady income, rations from the public distribution system (PDS) are vital for the Khandagale family – one of the 80 crore individuals entitled to rations under the of The National Food Security Act, 2013 . The Act entitles eligible households to purchase a total of five kilograms of grains per individual per month at a subsidised rate – rice at Rs. 3 a kilo, wheat at Rs. 2 per kilo and coarse cereals at Rs. 1 a kilo.

But Kailash’s seven-member family gets only 15 kilos of wheat and 10 kilos of rice every month– 10 kilos less than their quota – because the names of his two younger children are missing from their BPL (below poverty line) ration card.

“These 25 kilos get over in 15 days. Then we have to suppress our hunger,” said Kailash, who walks a total of four kilometres to and from the local PDS outlet to collect the family’s rations every month. “We have to pay for oil, salt and the children’s education too. Who has the money to buy expensive grains from the kirana [grocery] shop?” 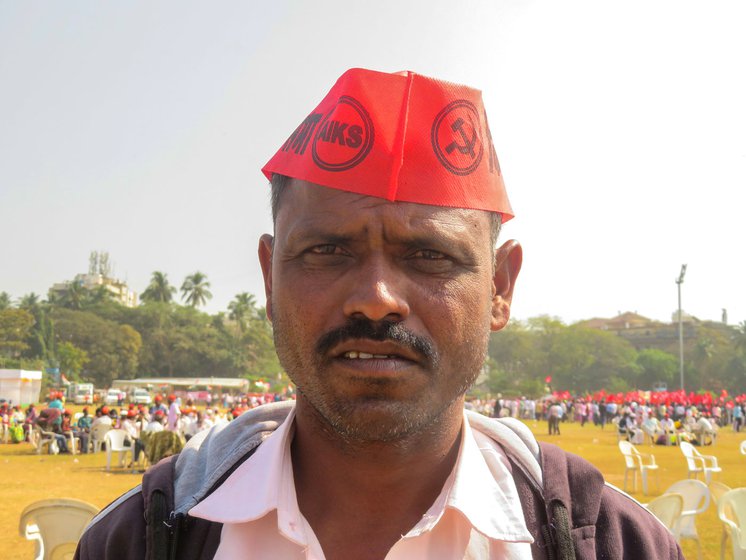 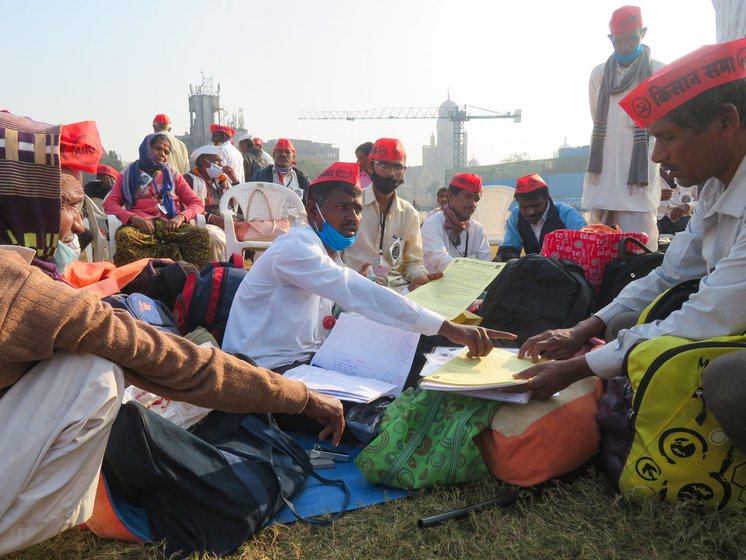 This and other potential fallouts of the farm laws have Kailash Khandagale worried: “The bills [laws] will have a large-scale impact. This is not only about farmers. This fight is for all of us,” he said.

“I want to ask the sarkar – if we don’t even have a fixed job and you stop giving us rations too, what we will eat?” he added, clearly agitated, while at the Mumbai protest. Kailash’s fear stems from the provisions of one of the new farm laws, the Essential Commodities (Amendment) Act, 2020 , which will remove stock limits on ‘foodstuffs’ (cereals, pulses, potato, onions, edible oilseeds and oils) except under ‘extraordinary circumstances’.

“This amendment makes very clear that there won’t be any limit on how much a company can stock in their godowns. As a result, there will be an increase in the hoarding and black-marketing of essential items like rice and wheat – the daily diet of lakhs of poor people in our country,” said Namdev Bhangre of Akola taluka ’s Khadki Budruk village. He too is from the Koli Mahadev community, and he and his wife Sudha cultivate mainly bajra on two acres of land for their family of six.

“During the lockdown, the government could distribute free rations to those in need and those who were without work because they had a stock of foodgrains. Hoarding could affect this food security in a crisis,” added 35-year-old Namdev. He also foresees the government then struggling to buy grains from the market in such an event.

Namdev is well-versed with the new laws that farmers across India are opposing. He refers to the Farmers’ Produce Trade and Commerce (Promotion and Facilitation) Act, 2020 , which promotes free market trade in agriculture, and undermines the main forms of support to the cultivator, including the minimum support price (MSP), the agricultural produce marketing committees (APMCs), state procurement and more.

“If farmers sell grains at higher prices in the open market rather than to the mahamandal [the Food Corporation of India], where will a poor farmer, labourer, the elderly, or those with disabilities go to buy grains?” asked Namdev. (The Food Corporation of India is the statutory body that procures and distributes rations for PDS.) “Will the corporate-wale feed them for free?” 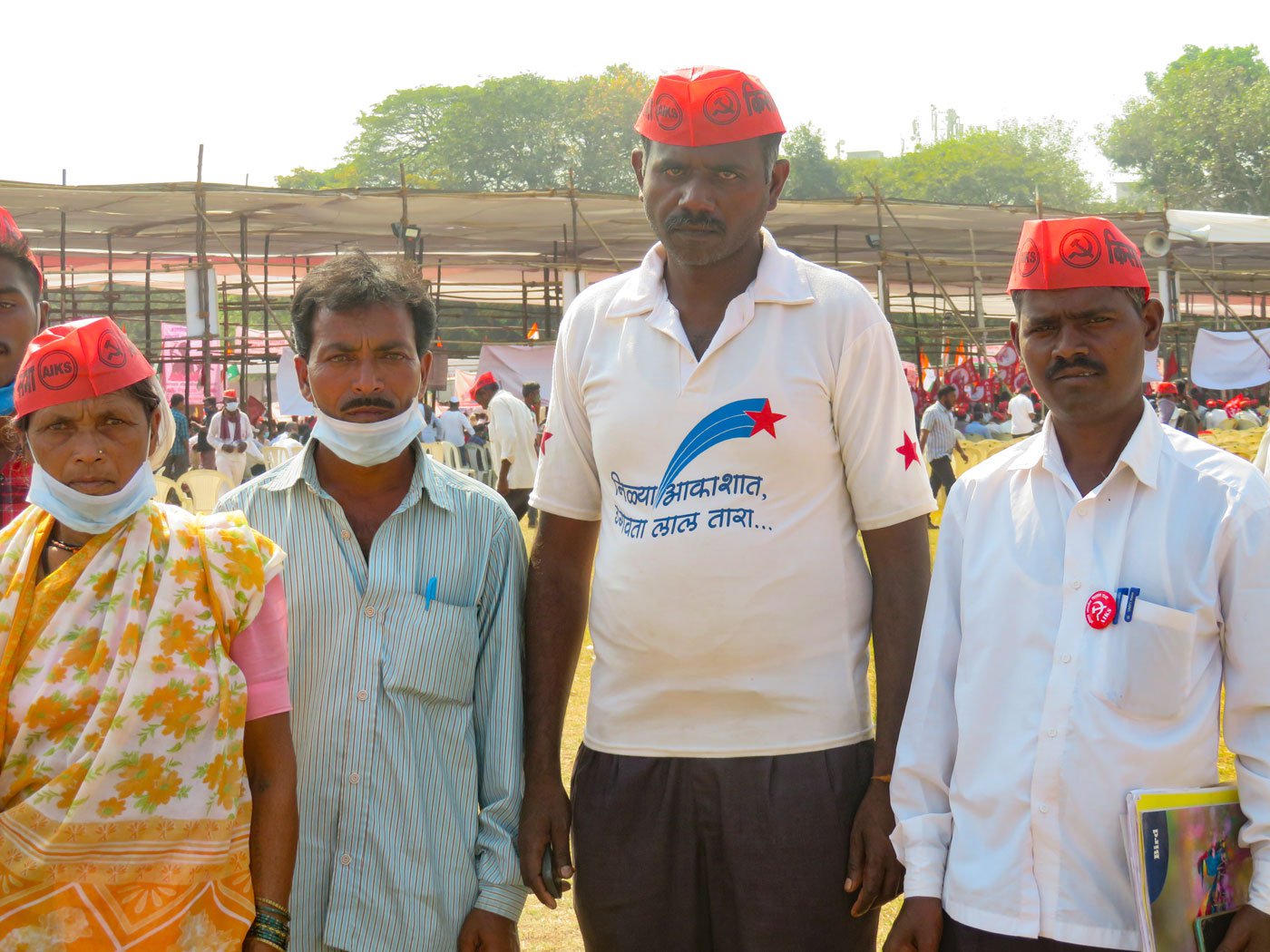 For Bhagubai Mengal, of Digambar village in Akola district, a fair minimum support price (MSP) is the most immediate concern – a demand echoed by countless farmers across the country, and recommended by the National Commission on Farmers (Swaminathan Commission). “We have to carry our harvest of tomato or onion to the [APMC] market. For 25 kilos of tomato the trader gives us only 60 rupees,” said 67-year-old Bhagubai, who expects at least Rs. 500 for the lot. “After deducting the cost of transportation, there is nothing left for us.”

Bhagubai grows tomato, bajra and paddy on a four-acre plot. “It’s forest land, but we have been cultivating for very long,” she said. “The government is not even giving us our land titles. And on top of that they are bringing such anti-farming laws – why?” Bhagubai is furious.

The Ahmadnagar farmers are aware too of the ill-effects of agri-businesses and contract farming, which will be widespread, they fear, if the Farmers (Empowerment and Protection) Agreement on Price Assurance and Farm Services Act, 2020 is implemented. Like the farmers at Delhi’s border, the Maharashtra cultivators also foresee that the recent farm laws will expand the space for large corporates to have even greater power over farmers and farming.

Although Eknath Pengal has not been signed up for such farm arrangements, he has heard of troubling instances from his taluka , Akola, and neighbouring areas. “Corporate companies have already entered our villages. Luring them [farmers] with higher prices, and then rejecting the produce at the last moment saying that the quality is poor.”

The 45-year-old farmer from Samsherpur village grows bajra and paddy on five acres of forest land during the kharif season, and works on other farms from November to May. “During the lockdown a company distributed vegetable seeds and flower saplings in our village,” he added. “The company asked farmers to plant on big plots. When the harvest was ready, the company openly refused [to pay] saying ‘we will not take your chili and cabbage and cauliflower]’. The farmers had to throw away the produce.”