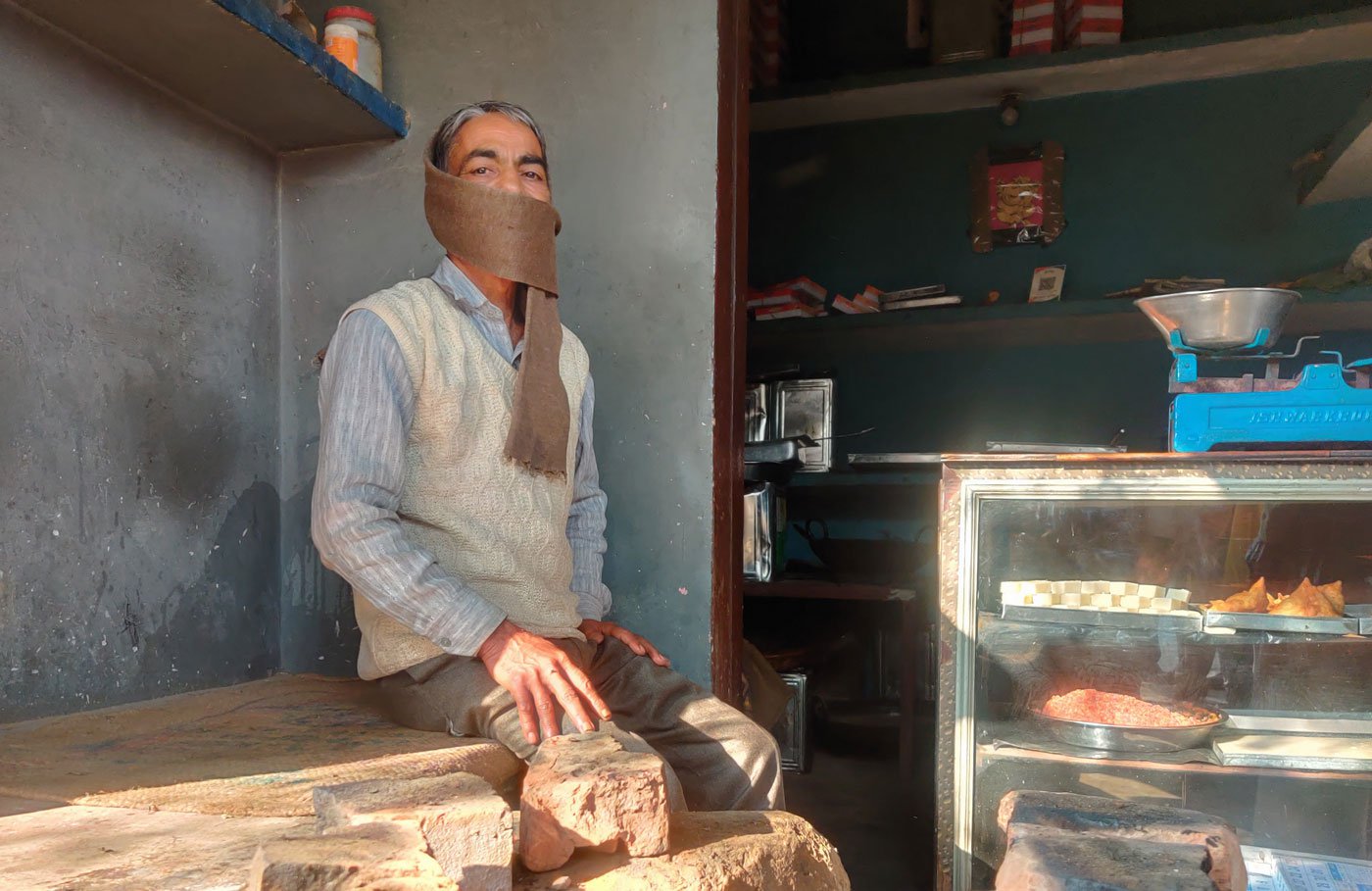 Residents of Muzaffarnagar's Shaoron village are pooling resources to send food to farmers protesting against the new farm laws at Ghazipur. Many are giving rations despite being in debt from sugarcane farming

In December 2020, Surendra Kumar was setting aside four hours on one day of the week to cook for farmers protesting at Ghazipur, on the border of Uttar Pradesh and Delhi. The hours slowly increased to eight, and now Surendra spends about 12 hours a week cooking for the protestors.

“I may have to cook every day at this rate,” says Surendra, 58, referring to the growing numbers of farmers from west UP joining the agitation at Ghazipur.

Surendra is a halwai (confectioner) who owns a shop in Shaoron village (or Soram) of Muzaffarnagar district in UP. “We cook food here [in the village] and send it to the border in tractors and cars,” he says. The village residents transport the food to Ghazipur once a week.

“At first, farmers from west UP were not there in large numbers. So I could handle my shop, and spend some hours every week [to cook]. But the load is growing with each passing day,” adds Surendra.

Ghazipur, about 95 kilometres from Shaoron, is one of the three main locations of the farmers’ protests against the new farm laws that began on November 26, 2020 at Delhi’s borders. Large groups of farmers from west UP started arriving at the protest site from late January, responding to an emotional appeal by the leader of Bharatiya Kisan Union (BKU), Rakesh Tikait. 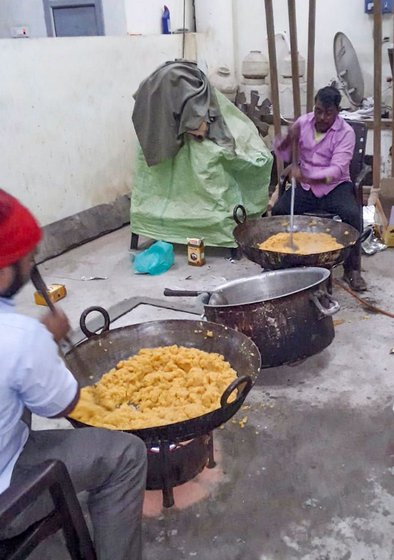 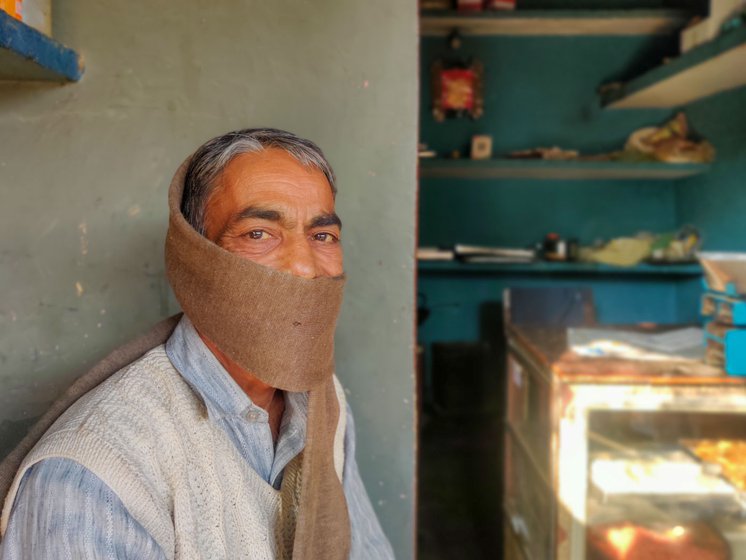 Food cooked in Shaoron is sent to Ghazipur once a week. Surendra Kumar (right) cooks for the protestors while also managing his halwai shop in the village

On January 28, UP Police had arrived in Ghazipur to vacate the site after the state government had issued an ultimatum to the protestors to leave. Anticipating a violent police crackdown, the BKU leader broke down on camera and called on farmers to come to Ghazipur to support the protest. Tikait was among the farm leaders named in first information reports (FIR) related to the violent incidents in Delhi on January 26 during the farmers’ tractor rally.

Tikait’s appeal recharged the agitation and brought more farmers to the Ghazipur border. Sit-ins were also launched in various parts of west UP, where he is an influential leader.

Shaoron village, located in Shahpur block, is a part of the Baliyan khap – a cluster of 84 villages that were controlled by the Jat community's Kashyap clan in medieval times. Even today, the Baliyan clan council, headed by Tikait’s family, exerts influence in these villages, which are now spread across UP, Haryana and Rajasthan. Shaoron is one of many villages of Baliyan khap that’s keeping the agitation going.

In Shaoron, men are doing almost all the cooking for the protestors. While they are eager to explain the logistics, Chanchal Baliyan, who cultivates sugarcane on five acres, is not so impressed. “We [women] cook all the time. What’s the big deal?” says the 45-year-old farmer, half in jest.

The village’s cultivators, who mainly grow sugarcane, are pooling resources. “Farmers have given money for food items. We also donate wheat, pulses and cereals, which we grow in our farms,” says Chanchal. “Some farmers may be physically protesting at the border. But the entire village is behind them. We are all in it together.” 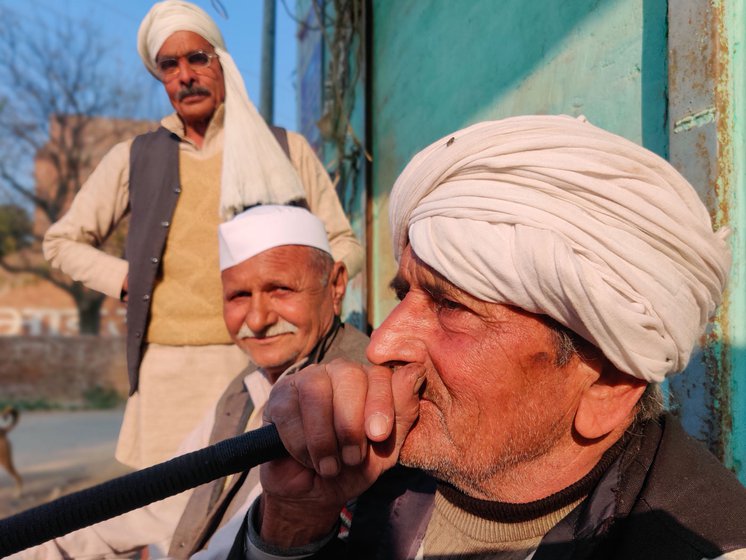 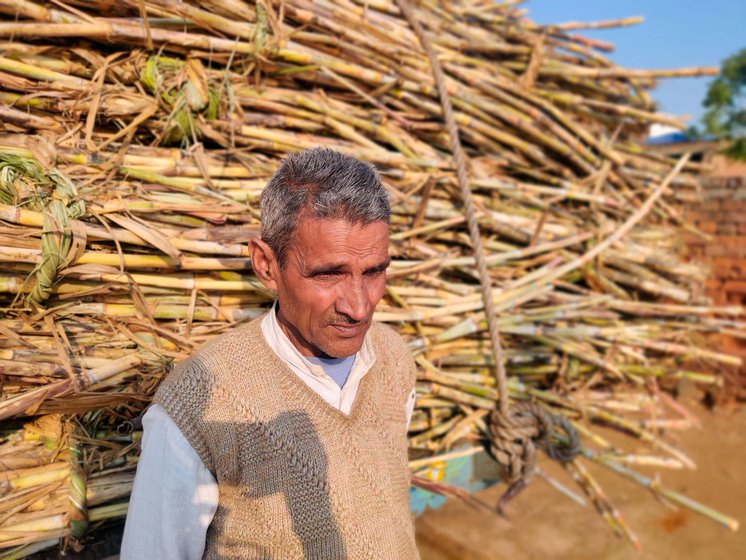 Many of the farmers donating their produce and money for the protest are themselves in debt or waiting for payments from the sugar industry for their sugarcane crop. Ram Singh, 57, who owns two acres of farmland in Shaoron, is yet to receive Rs. 18,000 for the cane he sold during the 2019-20 season. “I still contribute some food grains,” he says.

“The payment of Rs. 1 lakh for my sugarcane in the 2019-20 season has not come yet,” says Vijay Pal, an 80-year-old four-acre farmer who regularly donates rations. Pal has had to borrow nearly the same amount through his Kisan Credit Card. “What can we do? We can’t starve to death,” he says.

In the second week of February, Pal had taken food to Ghazipur and even camped at the protest site for a few days. “At my age, I can’t stay for a long time,” he says. The pushback on the farm laws has awakened farmers in west UP to the government’s policies, he adds.

Citing the union government’s plan announced in February 2016, to double farmers’ incomes by 2022, Pal says, “It is only a year away. What happened to that? These laws will only make things worse for us.”

The three laws that the farmers have been opposing are: The Farmers’ Produce Trade and Commerce (Promotion and Facilitation) Act, 2020 ; The Farmers (Empowerment and Protection) Agreement on Price Assurance and Farm Services Act, 2020 ; and The Essential Commodities (Amendment) Act, 2020 .

The farmers see these laws as devastating to their livelihoods because they expand the space for large corporates to have even greater power over farmers and farming. The new laws also undermine the main forms of support to the cultivator, including the minimum support price (MSP), the agricultural produce marketing committees (APMC), state procurement and more. They have also been criticised as affecting every Indian as they disable the right to legal recourse of all citizens, undermining Article 32 of the Indian Constitution. 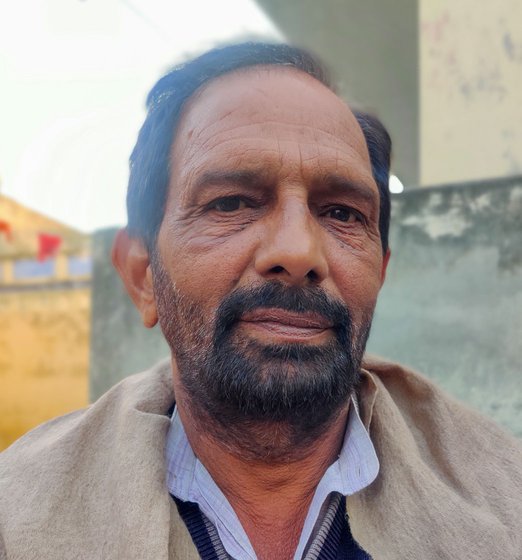 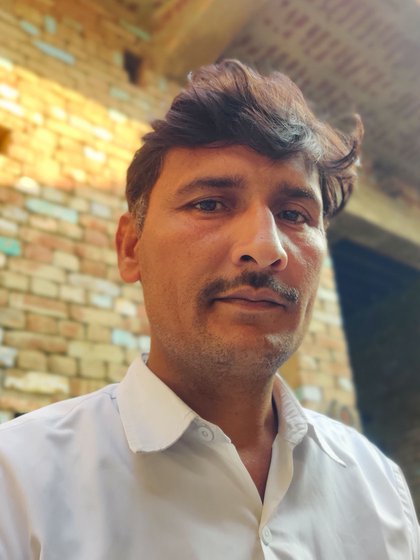 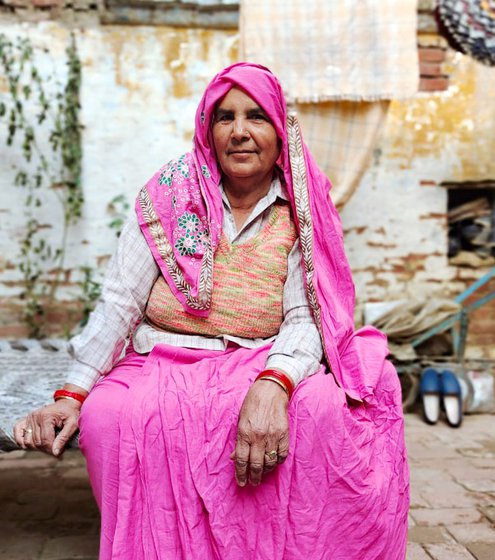 From left to right: Sudhir Choudhary, Ajinder Baliyan and Sayandri Baliyan in Shaoron; they want the new farm laws to be withdrawn

The experience of farmers in Bihar after the state abolished AMPCs in 2006 is an indicator of what lies ahead for all farmers, says 36-year-old Ajinder Baliyan. “Farmers in Bihar have been struggling since then. That will be the situation of farmers in other states now,” he says, expressing regret for having supported the ruling government in the past. “We were warned by our elders, but were influenced by the propaganda.”

The food delivery from Shaoron to Ghazipur is being sustained on the farmers’ resolve at present. But it isn’t economically viable. “No work is available. It is getting tough to pay our children’s school fees or even to maintain a motorcycle,” says Sudhir Choudhary, 60, former pradhan (village head) of Shaoron. “It is tragic that the farmers have to camp at protest sites.”

Some of the farmers are selling the milk of their livestock to survive, adds Choudhary. “We never sold the milk before. Now we go door-to-door with a bucket [of milk] to make extra money. Yet, we are fighting because this is a fight for our livelihoods.”

Despite these hardships, says 66-year-old Sayandri Baliyan, who owns six acres of land in Shaoron, their resolve remains unshaken. The government must withdraw the three farm laws, she insists. “Until then, we will continue to send food and rations to the border.”
#new-farm-laws #Bharatiya-Kisan-Union #west-UP #farmers-protests #Baliyan-khap #rations #food-preparation
Parth M.N.
@parthpunter