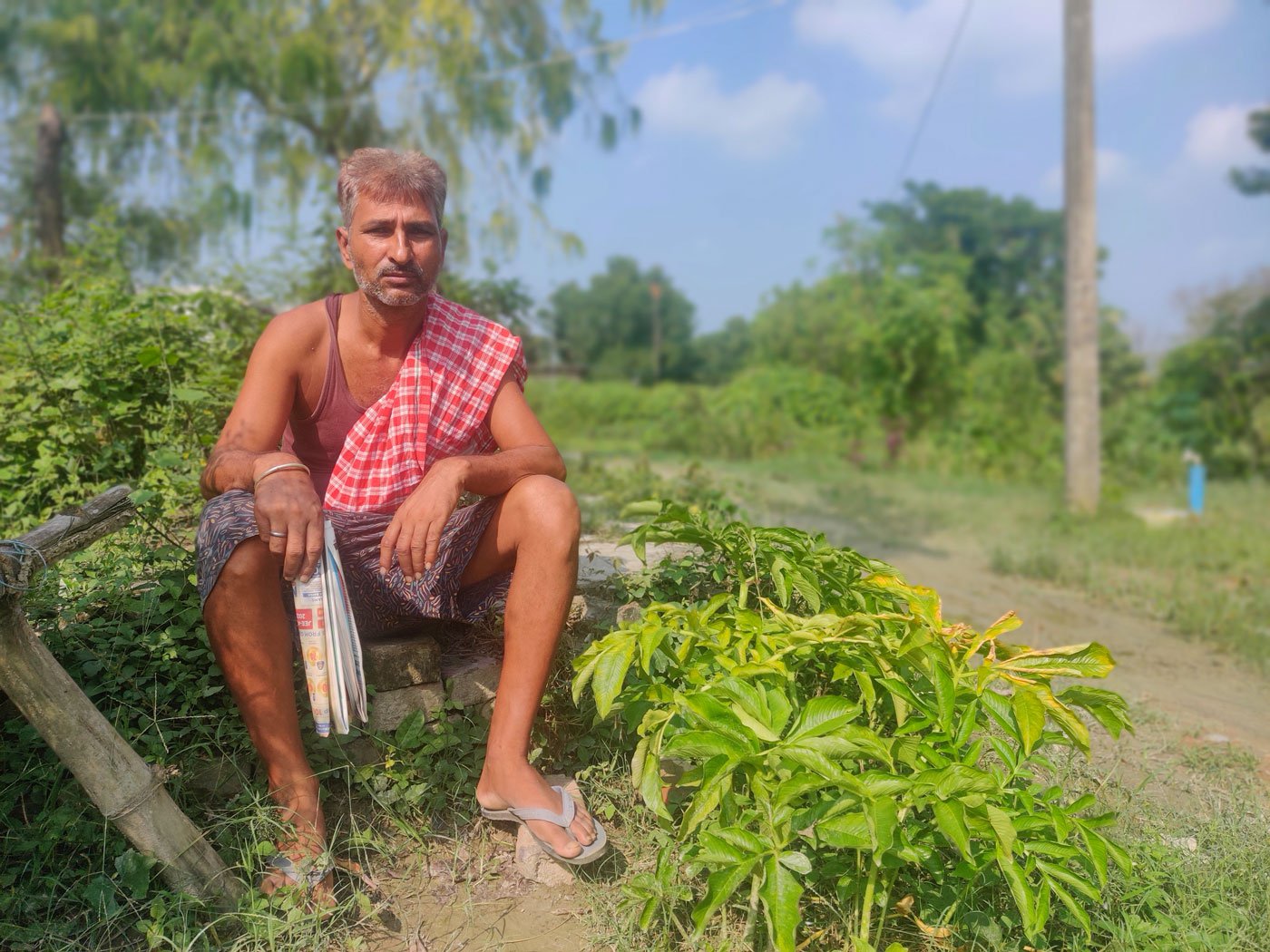 'My troubles begin after I get a good harvest'

Farmers like Rajiv Kumar Ojha in Bihar face high volatility in crop prices, made worse by the absence of APMCs in the state. Their situation predicts the future when the new farm laws take full effect across India

Rajiv Kumar Ojha does not know which is more stressful: harvesting a decent crop or trying to sell it. “You might find it funny, but my troubles begin after I get a good harvest at the end of the cropping season,” he said, sitting in the verandah of his dilapidated house in Chaumukh, a village in north-central Bihar.

Ojha, 47, cultivates paddy in the kharif season (June-November), and wheat and maize during rabi (December-March) on his five-acre farmland in the village, located in Muzaffarpur district’s Bochaha taluka . “Weather, water, labour and many more things need to come together for us to get a good harvest,” he told me in November 2020. “But even after that, there is no market. I have to sell my stock to the commission agent in the village, and I have to sell it at the price he fixes.” The agent in turn sells it to a wholesale trader for a commission.

Like Ojha, many farmers in Bihar have been struggling to get better prices for their crops, especially after the state repealed the Bihar Agriculture Produce Market Act, 1960, in 2006. With that, the agricultural produce market committee (APMC) mandi system was abolished in the state. 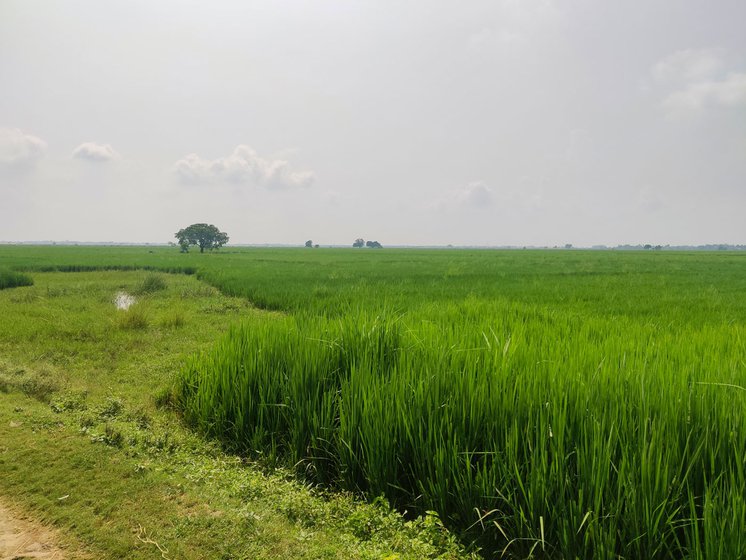 This points to what farmers in the rest of India might face with three new farm laws that were passed in September 2020. Lakhs of farmers have been protesting against the new laws at the borders of Delhi, and across the country, since November 26, 2020.

The three laws are the Farmers’ Produce Trade and Commerce (Promotion and Facilitation) Act, 2020 ; the Farmers (Empowerment and Protection) Agreement on Price Assurance and Farm Services Act, 2020 ; and the Essential Commodities (Amendment) Act, 2020 . They were first passed as ordinances on June 5, 2020, then introduced as farm bills in Parliament on September 14 and hastened into Acts by the present government on the 20th of that month.

Of these, the Farmers’ Produce Trade and Commerce Act, 2020, overrides the APMC laws of the states. The Act allows farmers to access trading areas outside the market yards (APMCs) regulated by state governments, making way for private companies to procure farm produce. The move intends to liberalise the farming sector, and those backing the law claim that farmers would no longer have to sell their produce through intermediaries.

Bihar had repealed its APMC law with similar intentions, but the farmers’ situation has become worse in the 14 years since then. The state is one of only six in India, notes the National Sample Survey (70th round), where the monthly income of a farm household is less than Rs. 5,000.

“Many economists said that Bihar was going to be the harbinger of a new market-oriented revolution in India,” said Devinder Sharma, an agriculture economist based in Chandigarh. “The argument was that private investment would ensure better prices for farmers. But none of that has happened.”

An official in the agriculture ministry of Bihar confirmed the situation. “Unfortunately, we don’t have the exact data on private investment that’s come in after 2006 [to the farm sector]. But cancelling the APMCs has promoted a private-driven model at a considerable level in Bihar,” the official said. “Farmers in Purnea, for example, are selling their banana produce to traders from outside [the state], who come to their doorstep.”

About 90 per cent of crops in Bihar, including paddy, wheat, maize, dals , mustard and banana, is sold to commission agents and traders within the village, notes the Study on Agriculture Diagnostics for the State of Bihar in India , published by the National Council of Applied Economic Research (NCAER) in 2019. “Despite the abolition of APMC Act in 2006, private investment in the creation of new markets and strengthening of facilities in the existing ones did not take place in Bihar, leading to low market density,” the report notes. 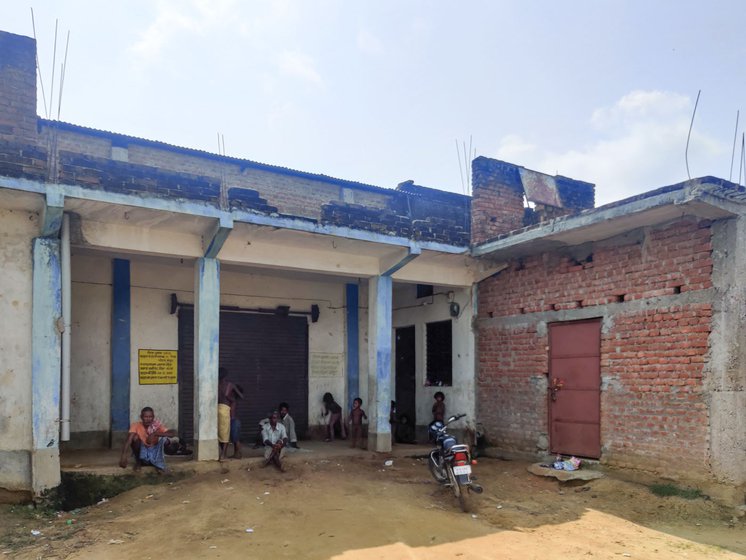 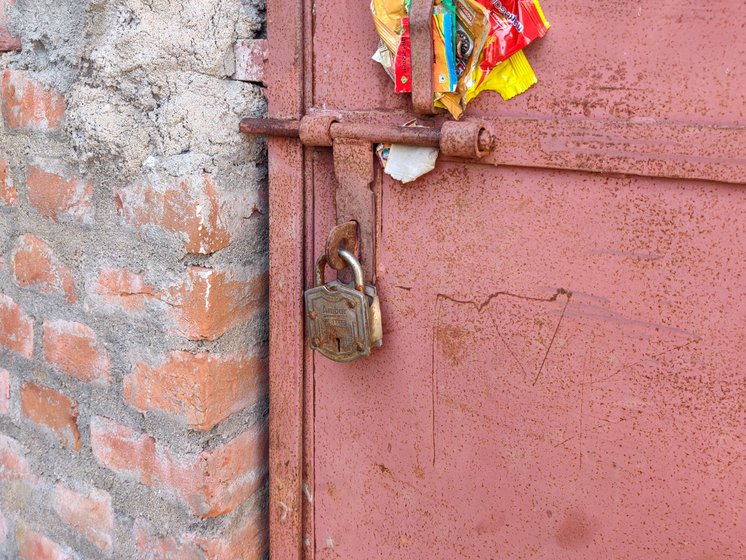 A locked Primary Agriculture Credit Society (PACS) centre in Khapura, where farmers can sell their paddy. Procurement by the PACS centres has been low in Bihar

The APMCs, which are elected bodies of farmers, traders and agencies like agricultural cooperatives, are meant to ensure that farmers are not exploited by large buyers. “Instead of abolishing them, they should have been improved, and their network expanded, to ensure they procure from more farmers,” said Professor Sukhpal Singh, chairperson of Centre for Management in Agriculture (CMA) at IIM Ahmedabad, who is an expert on APMCs. “Abolishing them without a ready alternative has further worsened the situation.”

The consequences of repealing the APMC Act have been far-reaching in Bihar. According to the NCAER report, while the prices of major crops have gone up after 2006, price volatility has increased. “We need prices to be stable, not volatile. Otherwise, we end up having to sell in a hurry,” Ojha said. Devinder Sharma fears that farmers across India would have to endure similar fluctuations once the new laws take full effect.

Apart from selling to a commission agent, Ojha can sell his paddy to the state-run Primary Agriculture Credit Society (PACS), set up in Bihar after the APMC Act was repealed, which procure at the MSP fixed by the central government. But procurement by PACS has been extremely low in Bihar, according to the NCAER study in 2019 – 91.7 per cent of paddy was sold to commission agents.

“The procurement of PACS goes on till February,” said Ojha. “I harvest my paddy in November. I need money to start preparations for the rabi season, which begins in December. If I kept the stock of paddy, and it rained, the entire harvest would get damaged.” The lack of adequate storage facilities prevents Ojha from waiting to sell to the PACS. “It is too much of a risk.”

Kumar Ravi, district magistrate of Patna, said the PACS centres begin the procurement process in November. “A lot of the paddy collects moisture due to winter. The farmers who manage to keep their harvest dry end up selling it to PACS, which is overseen by the district magistrate and the state’s Cooperative Department,” he said.


The district magistrate sets a target quantity to purchase, said Ajay Mishra, chairman of the PACS centre in Chaumukh village. “Every PACS has a limit it can’t cross. In the previous season [2019-20], our limit was to procure 1,700 quintals,” he said. “About 20,000 quintals is produced in the [Chaumukh] gram panchayat . I am in a terrible situation. Farmers often abuse me for turning them away. But there is nothing I can do.” 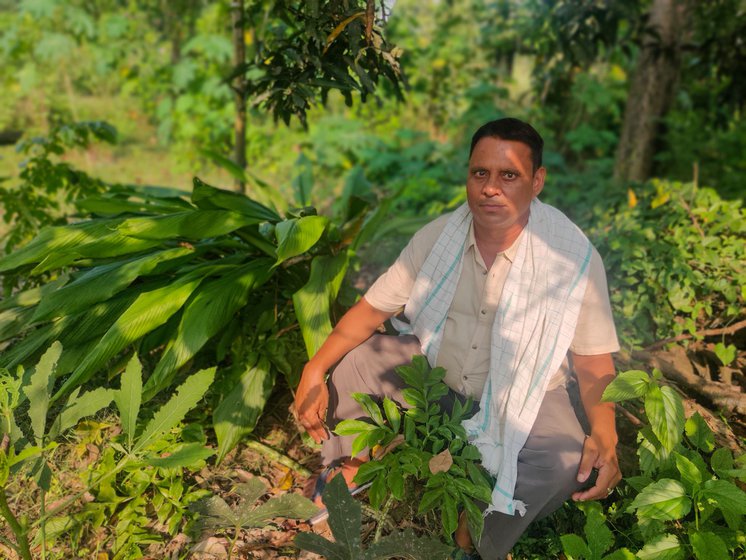 Small and marginal farmers end up dealing with agents, says Ajay Mishra, chairman of the PACS centre in Chaumukh

As of 2015-16, almost 97 per cent of farmers in Bihar had small and marginal landholdings, notes the NCAER report. The figure is much higher than India’s average of 86.21 per cent. “Small and marginal farmers have to deal with the agents while the better-off farmers end up selling their harvest to PACS,” said Mishra.

The PACS procures only paddy, so Ojha sells his wheat and maize harvests at an even lower price than the MSP, to the agents. “I could probably buy a kilogram of potatoes after selling four kilos of maize,” he said. “This year [2020], I sold my maize at Rs 1,000 per quintal because of the lockdown. Last year, it was Rs. 2,200. We are at the mercy of the agents.”

In addition to offering lower prices, agents often manipulate the weighing scales, said Kamal Sharma, 40, a farmer with five acres of land in Khapura village, in Patna’s Paliganj taluka . “He steals five kilos out of every quintal. The weighing machines of the agents and the ones at APMC always show different weights for the same stock,” he said.

“If an agent dupes a farmer, they have to go to the consumer court. How many farmers can afford to do that?” said CMA’s Singh. The traders operating at an APMC are licensed and can be held accountable for their actions, he added. “You cannot have agriculture markets without regulation, which is about fair play for all stakeholders. The APMCs brought in that regulation.”

The raw deal from agents forces many to migrate from Bihar and labour elsewhere, said Kamal Sharma. “We don’t earn enough to employ them at decent wages. That is why they go to Punjab and Haryana.” 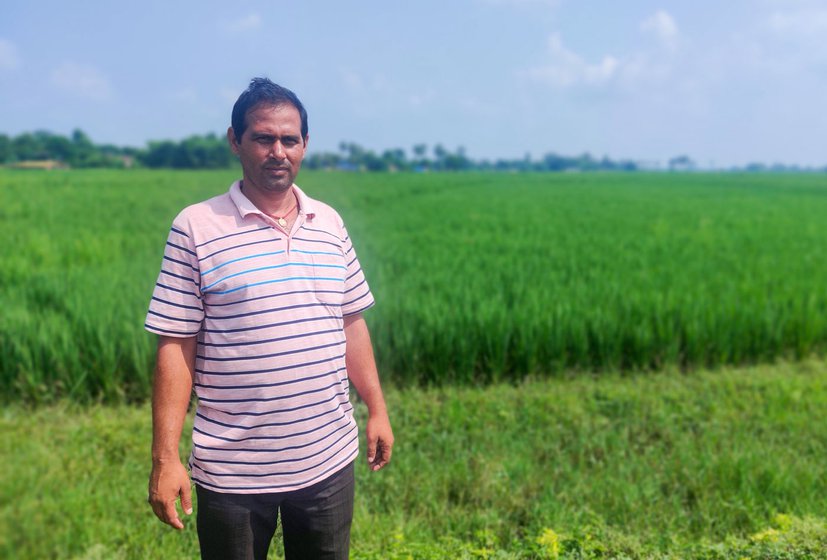 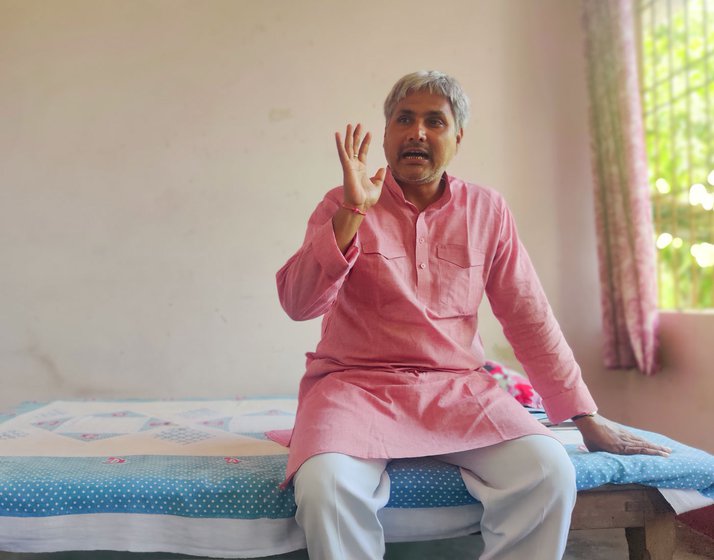 Left: Kamal Sharma in his farm in Khapura. Right: Vishwa Anand says farmers from Bihar migrate to work because they can't sell their crops at MSP

The majority of wheat and paddy grown in Punjab and Haryana is procured by the governments of these states. “The farmers there get a fair price so they can pay the labourers a better wage,” explained Vishwa Anand, a farm activist from Chaumukh. “We cannot blame the labourers for not wanting to work in Bihar. If the farmers could sell their crop at MSP, they wouldn’t be migrating out from here.”

Farmers in several districts of Bihar, whom I spoke to in October-November 2020, said that the government must make it mandatory to procure crops at the MSP. The same demand has been reverberating in the ongoing farmers’ protests outside Delhi.

The farmers see the new laws as devastating to their livelihoods because they will expand the space for large corporates to have even greater power over farmers and farming. The new laws also undermine the main forms of support to the cultivator, including the MSP, the APMC, state procurement and more. They have also been criticised as affecting every Indian as they disable the right to legal recourse of all citizens, undermining Article 32 of the Indian Constitution.

“The [central] government sets the price and then forgets about the farmers who can’t sell at MSP. Why can’t the government make it an offence if someone procures at a rate below the MSP?” said Anand. “Where do they go when the traders dupe them?”

In Khapura, Kamal Sharma and his wife Poonam have been waiting to get back Rs. 2,500 that a trader borrowed from them 12 years ago. “It was supposed to be an advance for a vehicle to pick up our paddy crop,” said Kamal.

“It is a big amount for us even today, but it was even bigger then. A packet of fertiliser cost one-fifth of what it costs today,” said Poonam. “But such instances keep happening in Bihar. It doesn’t even surprise us anymore.”
#new-farm-laws #commission-agents #PACS #paddy-procurement #private-investment #APMCs #farmers-protests #kharif-crop #MSP
Parth M.N.
@parthpunter