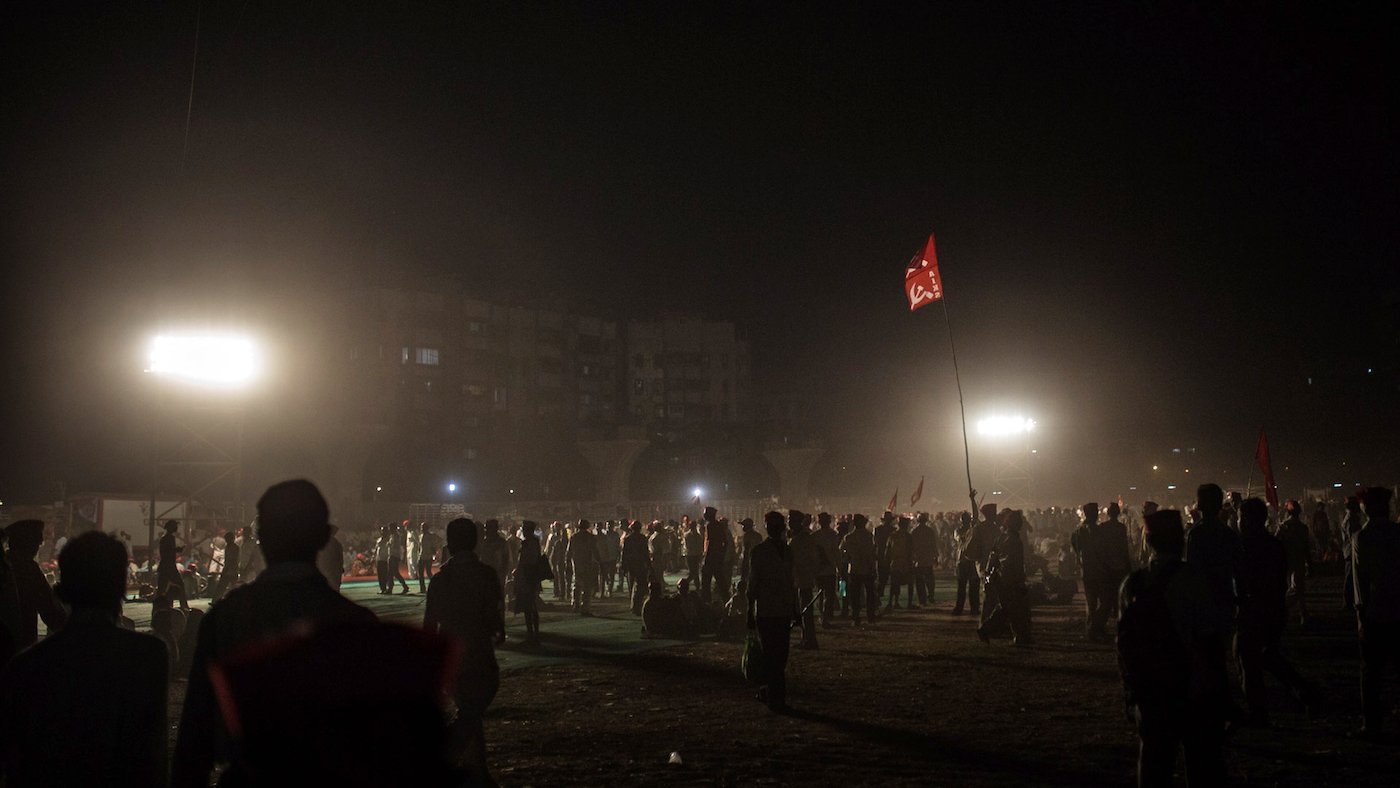 After the March, the aftermath...

The roughly 40,000 farmers gathered at Azad Maidan in south Mumbai had planned to encircle the Vidhan Sabha building, the state’s legislative assembly, on March 12. After a week-long march that started in Nashik on March 6 , the gherao of the assembly building was to have been the culmination of the protest. But the government seemed to have realised the depth and extent of the support the morcha was receiving, and offered to negotiate on the afternoon of March 12.

The farmers were exhausted after the arduous trek in blistering heat (see From farm and forest: Long March to Mumbai and Long March: blistered feet unbroken spirit ), some were annoyed by the many cameras – and they were also uncertain and anxious. “Let us see what happens,” many told me during the four-hour meeting between leaders of the Akhil Bharatiya Kisan Sabha, the organisers of the march, and representatives of the state government. The farmers waited patiently from 12:30 to 4:30 p.m., while the meeting was underway at Mantralaya.

An 11-member delegation of farm leaders, including Ajit Nawale, general secretary of the Kisan Sabha, Ashok Dhawale president of the Kisan Sabha, and J.P. Gavit, member of the legislative assembly from Surgana taluka in Nashik district, met a six-member government panel with their demands. 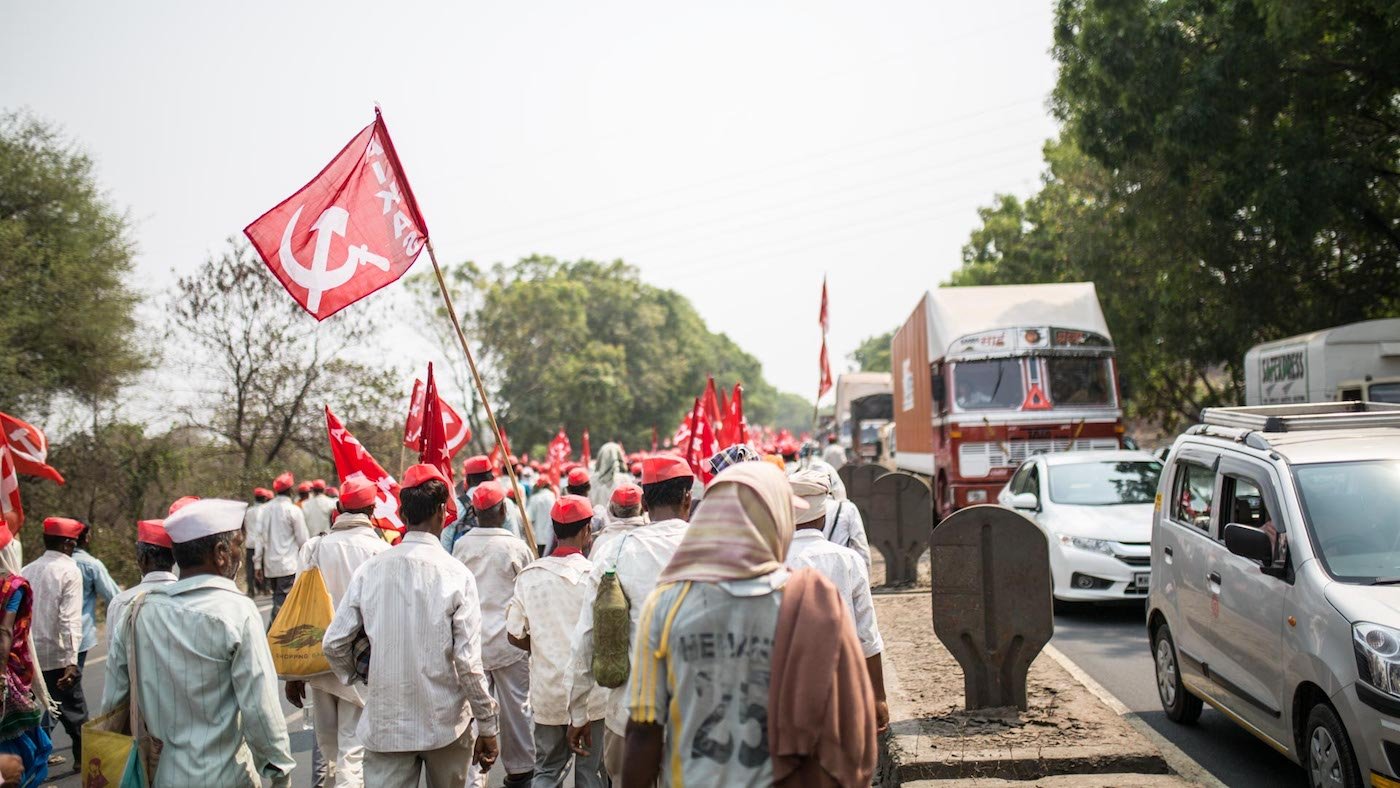 The farm leaders put forth seven major demands. Of these, the state government promised immediate and concrete solutions to two – introduce a more comprehensive loan waiver and ensure that river linking and dam construction projects don’t displace farmers in Maharashtra or divert water to Gujarat.

The government agreed to make two changes in the eligibility conditions for a loan waiver. “An important decision we have taken is to extend the loan waiver scheme to cover the 2001 to 2009 period, as many farmers (affected during this time) didn’t get any benefit in the waiver announced in 2008,” Fadnavis told the media. The government has so far disqualified applications that covered the period before 2009. It also promised to include term loans (high-interest loans used for capital investment) in the waiver scheme, which will benefit many farmers whose crop loans were converted into term loans due to pressure from banks.

The other change is to allow different debtors in the family to make separate applications for a loan waiver – so far, only consolidated applications from each family were permitted, which severely restricted the waiver amount a family was eligible to receive. The government has said it will consider this change after gauging what it will cost the state. 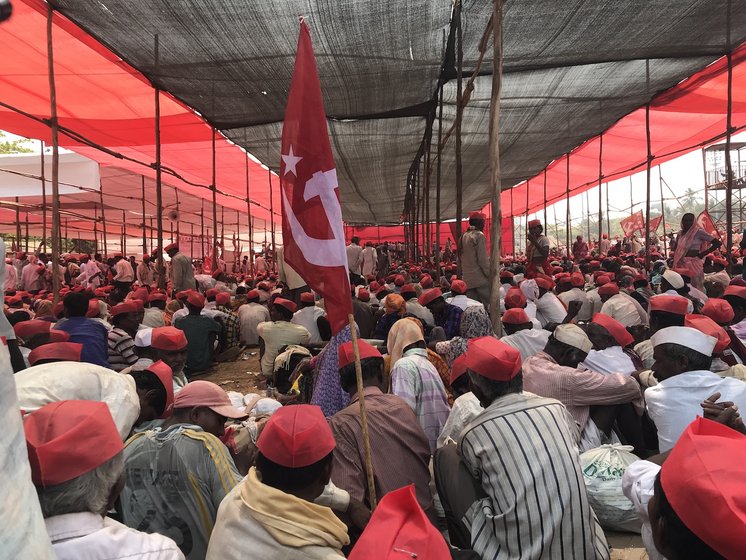 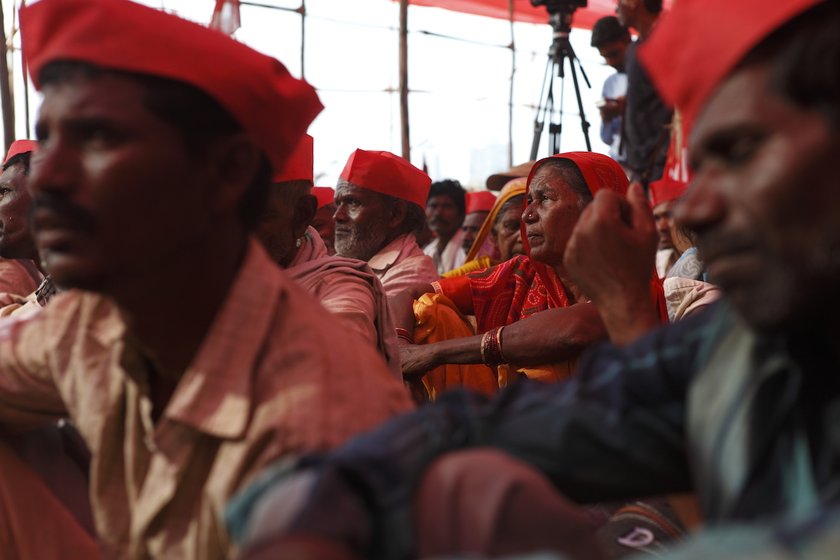 And the government accepted the farmers’ demand that water from Maharashtra’s rivers must not be diverted to Gujarat, and neither must river-linking or dam projects displace farmers in the state. J.P. Gavit, MLA from Surgana taluka , and the Kisan Sabha’s Ashok Dhawale, who this reporter spoke to, said the government, in future, plans to lift water from several rivers (including the Nar-Par rivers in Gujarat, the Wagh tributary of the Damanganga in Gujarat that flows through Nashik district, and the Pinjal tributary of the Vaitarna in Nashik and Palghar). Lifting the water is possible only with dams on those rivers, which could submerge villages in these districts.

Dhawale said the chief minister promised that the displacement will be minimal or absent, and his government will not divert water to Gujarat. Meanwhile, Maharashtra is awaiting the final project plan from the centre.

On March 12, the chief minister also gave a written assurance that a six-member committee of Kisan Sabha members and state government ministers will consider the other important demands of the farmers – give land titles under the Forest Rights Act to Adivasi farmers; implement the Swaminathan Commission’s recommendations; ensure due consent of farmers for projects like the proposed Mumbai-Nagpur Samruddhi Highway; enhance pension and other benefits (under such schemes as the Indira Gandhi Pension Scheme, the Shravan Bal Yojana and others) and also streamline ration cards by replacing old ones and separating joint cards; and compensate farmers for the bollworm attack and hailstorms in the state in 2017.

“We have agreed to most of the demands raised by the farmers and tribals. Their main demand was for transfer of forest land in their names. We have constituted a special team to look into that and complete the process in six months,” Fadnavis told the media. 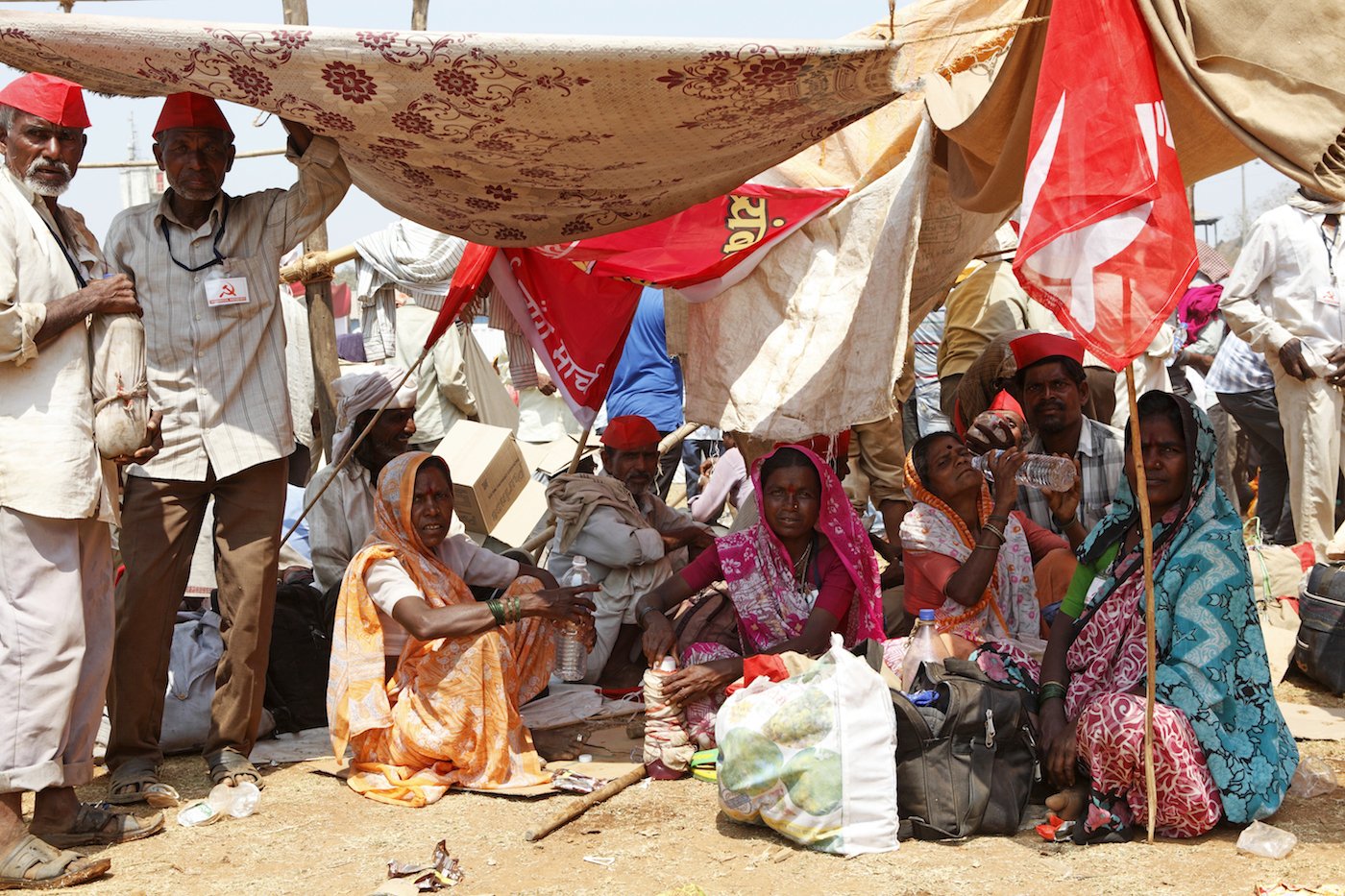 After their week-long trek through the scorching sun, the fatigued farmers waited, hoping the discussion with the government would give them concrete results

Many of the farmers participating in the rally were Adivasis from Nashik district. After March 6, farmers from the tribal belt of Thane, Ahmednagar (listed as  Ahmadnagar in the Census) and other districts also joined the march. Their main demand is this: they want the government to implement the Forest Rights Act of 2006, which will give them ownership of the land they have been tilling for generations. The land is still under the state’s forest department. (See They run the farm, they made the March )

Another demand of the farmers was that the proposals of the Swaminathan Commission must be implemented, especially the recommendation to ensure a fair minimum support price plus 50 per cent of the production cost. Gavit said the farm leaders included this in the list of demands, but they understand that the state cannot enforce it – the central government has the power to do that.

The government also promised that land for projects like the Samruddhi Highway would not be acquired without due consent of the farmers. The proposed highway will run through 354 villages of 30 talukas in 10 districts of Maharashtra. The government assured the farm leaders on March 12 that farmers will not be forced to give up their land.

And then, when the farm leaders on the stage said the protest had been called off, the farmers listened intently, picked up their belonging, and quietly walked away.

Also See 'I am a farmer, I walk this long journey' and From fields of despair – a march with hope