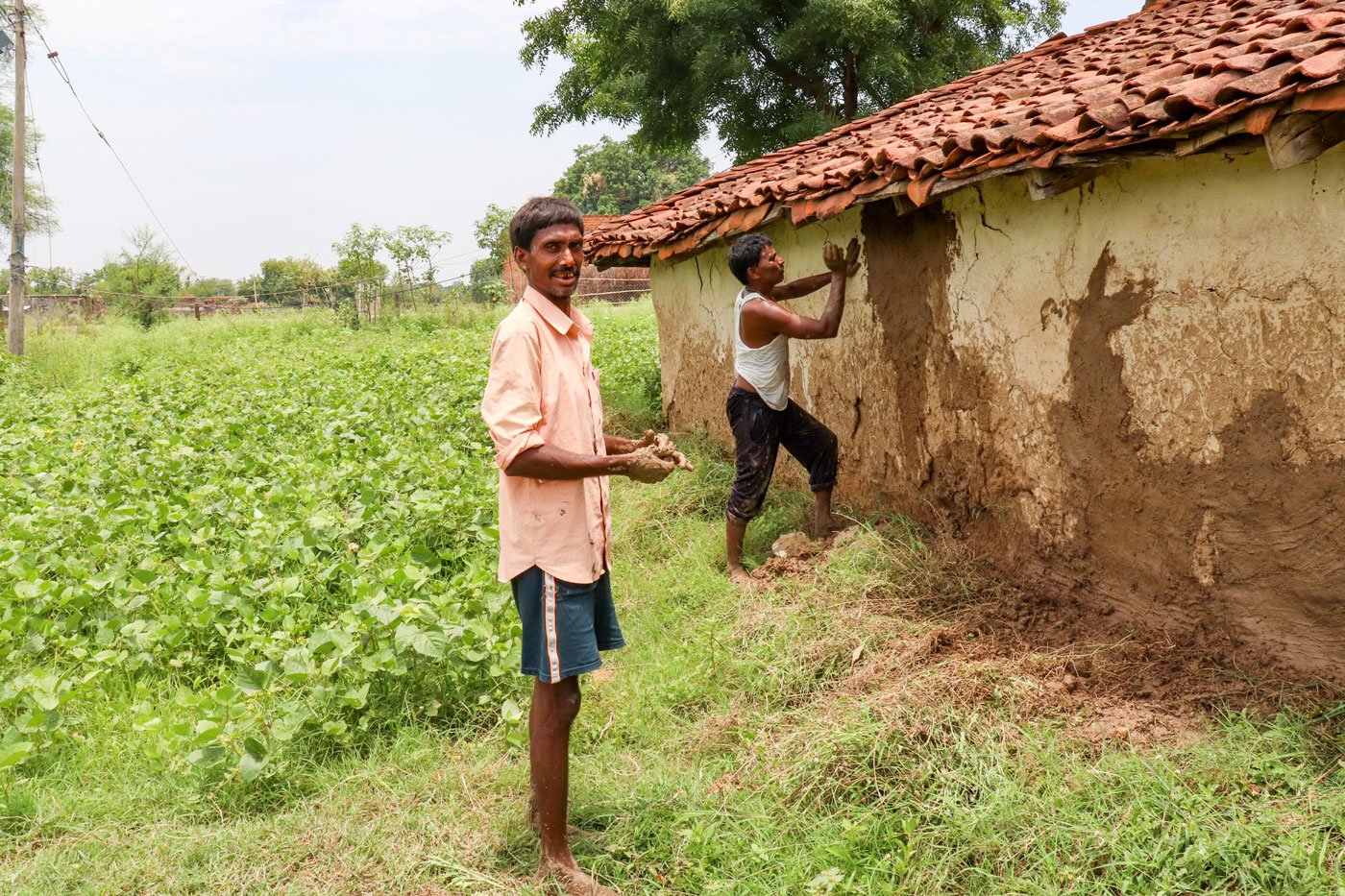 In MP, 'adhiya' farmers like Ravendra Singh, by verbal contract, equally share costs and harvests with the maalik. But that landowner takes all decisions and gets all compensations, often leaving the tenant in debt

Ravendra lives in Mugwari village of Madhya Pradesh, where he has cultivated land as a tenant farmer for around 20 years. Adhiya kisaani (farming) refers to a traditional, verbal contract – common in Madhya Pradesh’s Sidhi and adjacent districts, roughly, the Vindhya region – by which the maalik (landowner) and tenant bear the cost of farming in equal parts, and divide the harvests in half as well.

On eight acres of land, Ravendra and his wife Mamta usually plant paddy, wheat, mustard, moong and tur . But adhiya – which means ‘half’ in Bagheli – a dialect of Hindi spoken in parts of Madhya Pradesh – isn’t quite equal for their family.

In this informal agreement, which takes different forms across India, the landowner takes all farming-related decisions, including which crop to grow. But when crops are damaged – due to extreme cold, untimely rain, hailstorms – and landowners gets compensation from the state or insurance companies, the tenant receives no part of this relief.

'My whole family works [on the farm], but we still don’t earn much,' says Ravendra (in green). His wife Mamta and sons Anuj and Vivek sell dried mangoes in summers

The arrangement keeps the tenant farmer always insecure, studies have noted, and without any access to institutional credit, insurance or other support services. Often, adhiya farmers are pushed to borrow money – usually, from the same landowners – to invest their share for the next harvest.

“My whole family works, but we still don’t earn much,” says 40-year-old Ravendra ( in the foreground in the cover photo on top ) who is from the Bargahi community, listed as an OBC. His sons Vivek, 12, and Anuj, 10, help clear weeds from the field. “ Akele dum me toh kheti hoti nahi hai” – I couldn’t manage farming alone, he says. “Last year, I spent 15,000 rupees on the crops, but earned only 10,000.” The family grew paddy in 2019 in the rabi season, and moong during the kharif cropping cycle – they usually keep a portion of the harvest for their own consumtption, and sell the rest. But the paddy crop was destroyed due to poor rainfall, and extreme cold damaged the moong harvest.

The family owns one mango tree, growing right next to their house. Mamta and her sons sell amahari (dried mangos, used to make pickles or powder) in the market in Kuchwahi village, around two kilometres away, during the summer months, from May to July. Vivek and Anuj also roam around the village collecting fallen raw mangoes. “We sell these at five rupees per kilo and manage to earn 1,000 to 1,500 rupees in the summers,” says 38-year-old Mamta. “This year,” adda Ravendra, “the earnings from selling mangoes will suffice to buy us some clothes.”

'When I learned that maalik had got compensation from the government, I asked him for my share, but he refused', says Jangaali Sondhiya

Watch: ‘When the crops are destroyed, we live on debt’

Ravendra also works as a daily wage labourer in May and June, between cropping cycles.  “We [landless farmers] earn by repairing broken walls and roofs [of houses in Mugwari village] during this time. This will give me 10,000 to 12,000 rupees this year,” Ravendra said, when I spoke to him in mid-June. “I will use this money to repay maalik, ” he added, referring to the previous cultivation, when the landowner paid for water, seeds, electricity and other costs.

“If the crops are destroyed, we end up with nothing” says, 45-year-old Jangaali Sondhiya, another adhiya farmer in Mugwari, speaking of how the pala , the extreme cold spoiled his tur crop in February this year. “When I learned that maalik had got compensation from the government, I asked him for my share, but he refused. Maalik told me that he owned the land, and so he deserved the entire sum.” Jangaali had no idea what the compensation amount was. How own loss, of around Rs.6000, he tried to overcome by doing wage labour around the village, whenever he found any jobs. His two sons work at construction sites in Sidhi town, and  send money home.

However, Laxmikant Mishra, tahsildar of Sidhi block’s Gopadbanas tahsil – where Mugwari village is located – says compensation is available to the farmers. “ Bataidar s [tenant farmers] do get compensation [for crop damages] from the state government,” he says. “If bhumiswami s [landowners] declare them as adhiya farmers.” 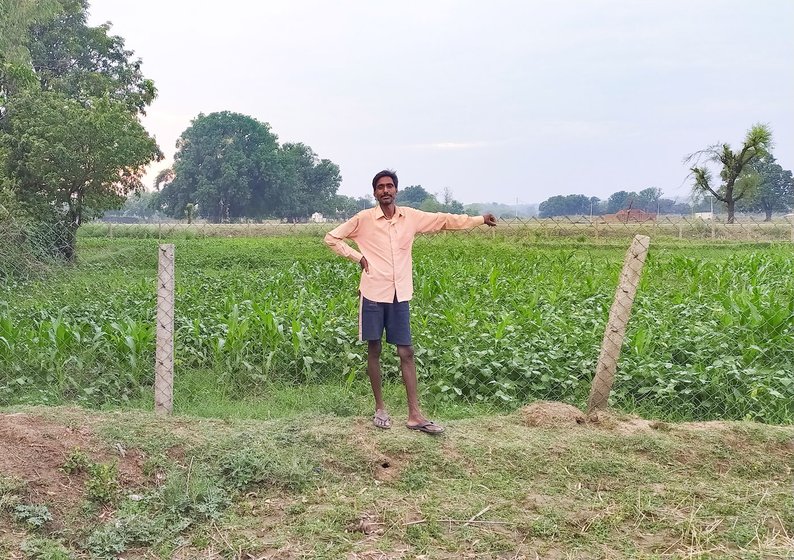 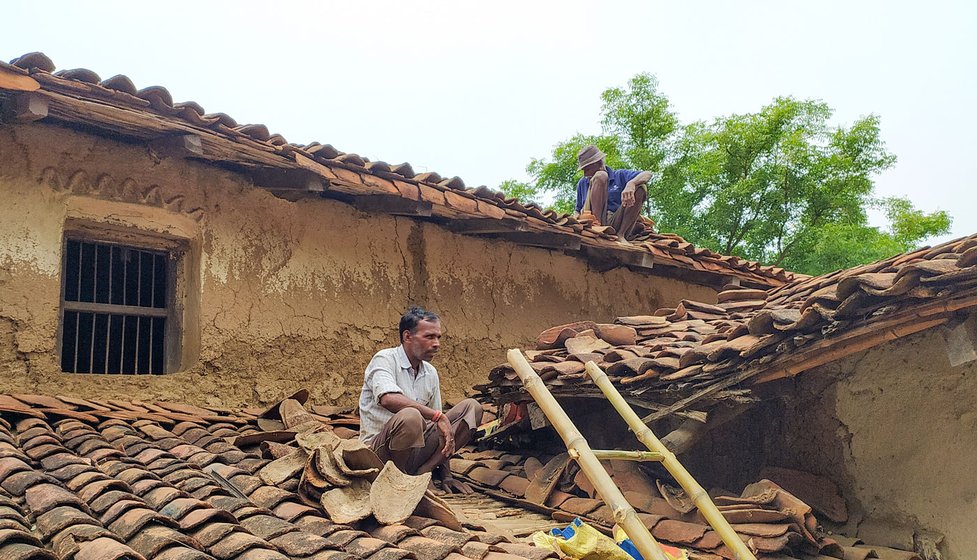 He is referring to the MP government’s 2014 circular, Rajasva Pustak Paripatra 6-4 , which specifies how farmers can get monetary relief from the government if their crops are damaged. For this, landowners must submit information about the damage to their tehsildar . Mishra says that tenants can get a share of this compensation if the landowner also submits documents declaring them as adhiya farmers. Although the circular does not state this, he says this is the accepted practice.

“There are nearly 20,000 bataidars who get compensation in Sidhi district, but more than one lakh farmers don’t get it,” says Mishra. “We can’t force the bhumiswami s for the declaration, as adhiya is a mutual agreement. No state law requires bhumiswami s to do so.”

However, the Madhya Pradesh Bhumiswami Evam Bataidar Ke Hiton Ka Sanrakshan Vidheyak, 2016 , mandates that bhumiswami s and bataidaar s shall both receive relief from the State or insurance companies, in case of crop damage due to a natural calamity or other causes, as per their tenancy agreement. The Act also contains a template for a batai (tenancy) agreement.

When asked, farmers in Sidhi district had no clue about this Act, nor did tehsildar Laxmikant Mishra.


“From sowing seeds to cutting the crops – we do everything, but earn little at the end of the season,” says Jangaali. Why does he continue adhiya kisaani despite the heavy losses? "Farming is how we earn our living,” he says. “Without it, we’ll die of hunger. Where will go after fighting with maalik ?”

Anil Kumar Tiwari is a freelance journalist based in Sidhi town of Madhya Pradesh. He mainly reports on environment-related issues and rural development.

Priyansh Varma is a freelance journalist based in Gurgaon. He is a recent graduate of the Indian Institute of Journalism & New Media, Bengaluru.