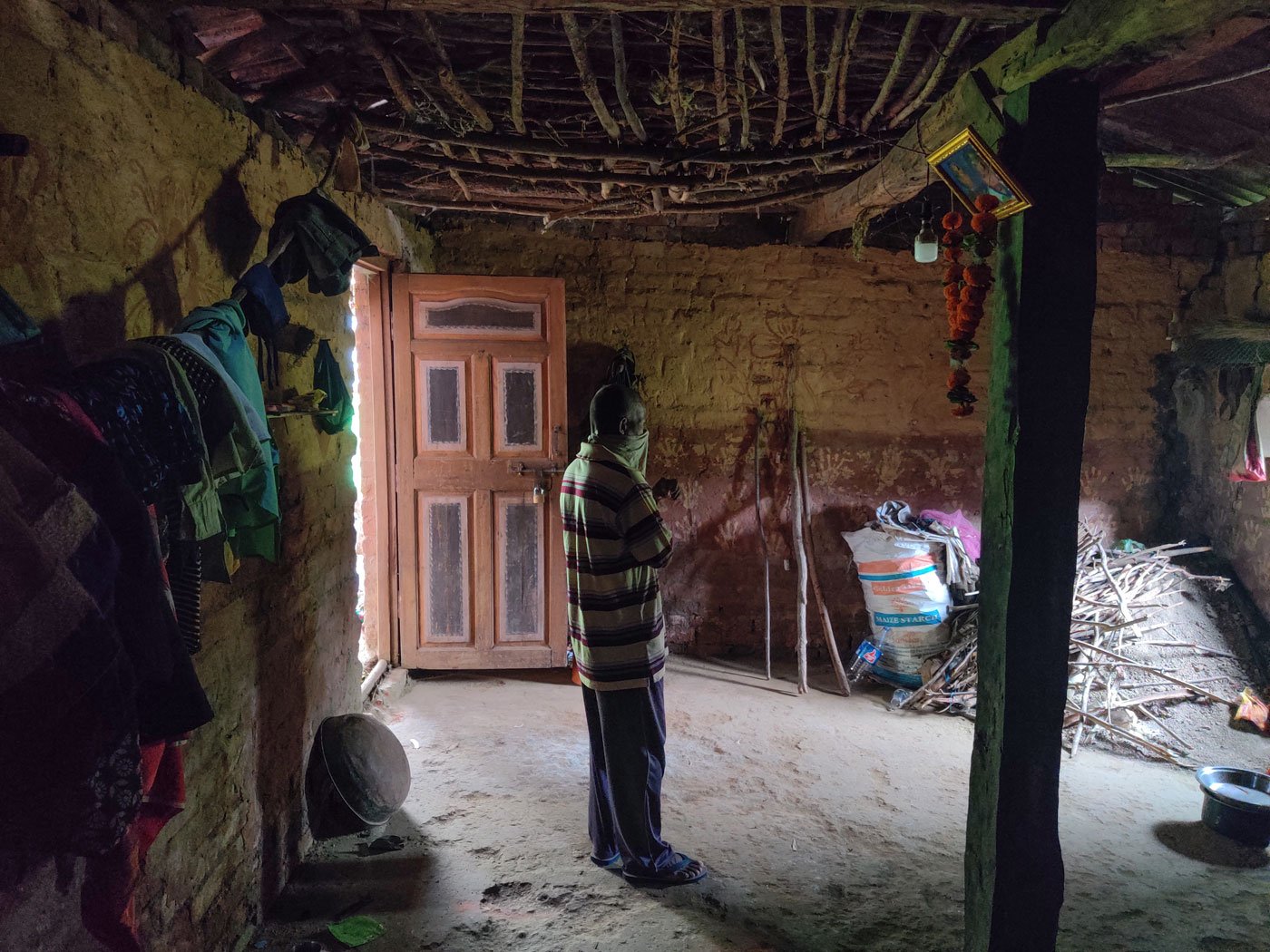 The lockdown saw demand for labour shrink for the Katkaris, a Particularly Vulnerable Tribal Group, in Maharashtra’s Palghar district. That may have pushed Mangal Wagh to kill her own daughter and herself

When Dilip Wagh left for work at 2 in the afternoon on June 22, he waved a habitual goodbye to his wife, Mangal and daughter Roshni. The next he saw them was two days later, wrapped in white sheets at a local hospital.

“When I returned home that evening, they weren’t there,” he said, sitting in his dimly lit hut in the remote Adivasi hamlet of Kadvyachimali in Maharashtra’s Palghar district.

Thinking they were missing, Dilip had begun looking for 30-year-old Mangal and three-year-old Roshni around the village. He asked his elder daughter, Nandini, 7, if she had seen them. “But she had no idea,” said Dilip, 35. “When they didn’t return that night, I got a bit worried.”

The next morning, Dilip began a frantic search that extended beyond his settlement. On foot, he visited a few nearby hamlets – but did not find them. “In the afternoon, I met Mangal’s aunt in a neighbouring hamlet to see if she knew anything,” said Dilip, sitting next to the empty vessels arranged along a muddy, damp wall. “But she didn’t have any idea either.”

Dilip, who belongs to the Katkari community, returned home that night – but Mangal and Roshni were still missing. Only Nandini was there. The next morning, on June 24, he resumed his search with renewed hope, expecting to find some leads about where they might be. And that afternoon, he did. It wasn’t the lead he was hoping for.

About four kilometres from Kadvyachimali, which is in the revenue village of Dehare in Jawhar taluka , a woman and a little girl had been found dead in the forest. Their photos had been circulated on WhatsApp. A boy Dilip bumped into on the outskirts of his village had those on his phone. “When he showed me those photos, I told him it is my wife and daughter,” recalled Dilip. 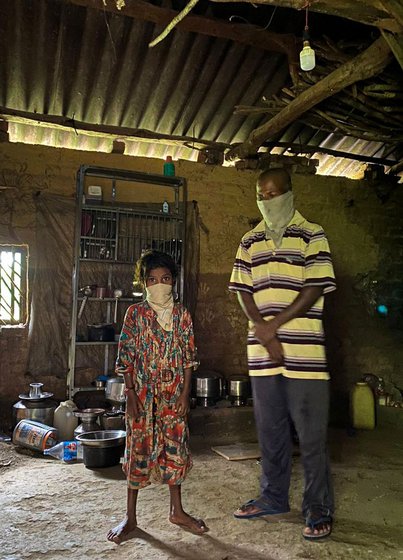 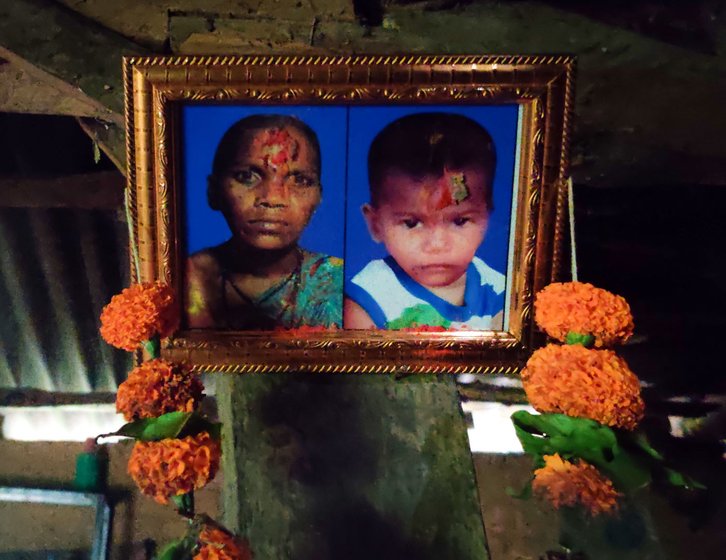 Using her saree, Mangal had first strangulated Roshni, and then hung herself from a tree. The locals took both to the district hospital in Jawhar from where Dilip eventually claimed the bodies.

A small frame with Mangal and Roshni’s photos now hangs from the only wooden beam supporting the roof inside the house. The melancholy in the air has drowned out the aroma of the earth that the monsoons usually bring. Some water dripped inside from the incessant downpour, the rest slid off the hut covered with dried straw.

“We have no farmland, and our only income is from [daily wage] labour, which has dried up since the lockdown,” said Dilip. “We had rations, but there was no money at home. Over the past 15 days, I had received occasional work in the paddy fields, but it was hardly enough. She was extremely worried about our situation.”

Even among the poor Adivasi communities of Maharashtra, the Katkari tribe is more sharply disadvantaged. Of the 47 Scheduled Tribes in the state, only three, including the Katkaris, are classified as Particularly Vulnerable Tribal Groups (PVTGs).

The marginalisation of the Katkaris dates back to the British Raj – which brought them under the Criminal Tribes Act, 1871 . That basically declared them and 200 other tribal groups across India criminals by birth. It restricted their movement, made it impossible for them to find jobs, and led to unending harassment and alienation. The Act was repealed after independence and the list of ‘criminal tribes’ was denotified in 1952.  So the Katkaris, among many others, were decriminalised. But the stigma is far from gone.

Predominantly forest dwellers, Katkaris own no land. They depend on manual labour. The story is no different in Kadvyachimali. Deepak Bhoir, Wagh's neighbour, said that residents here lead a life of perpetual uncertainty. "Once the monsoons are over, every house here will be padlocked," he said. "People have no choice but to migrate. During the monsoons, there are a few opportunities in other people's farmlands." 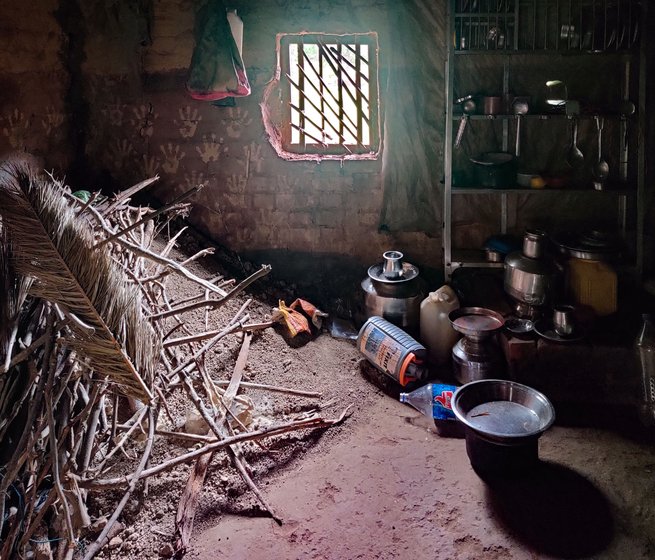 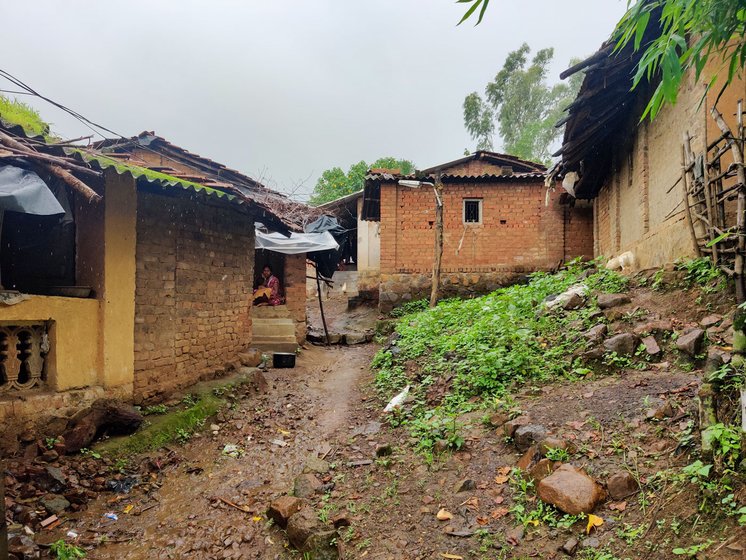 The lane to Dilip's house (left) in Kadvyachimali hamlet (right), with houses whose residents migrate for work every year

Deepak, who himself migrates to work as a security guard in Jawhar town, 35 kilometres away, is among the relatively better off in the village. "Most people migrate to work at brick kilns or construction sites," he said. "It is only about survival – and ensuring you and your family don't go hungry that day. Work for labourers, too, is also going down because there are far too many people migrating for the same jobs. So you have to do what the owner says and take whatever money is on offer. Otherwise you can lose the job."

Now grounded at home during the lockdown, Deepak sees everyone in the village as sailing in the same boat. "Mangal committed suicide, but the condition of the entire village is similar," he said. "Everyone is dealing with the stress and anxiety arising from the uncertainty of work. Every year, this taluka sees similar cases. This year, the lockdown made it even worse."

Abject poverty and an uncertain future, said Dilip Wagh, could have driven Mangal to do what she did. “She probably thought there would be two less stomachs to feed,” he said. “Nandini keeps crying, looking at their photos.”

Vivek Pandit, former MLA and chairman of the government appointed committee to review official schemes for tribals in the state, visited the family after the suicide, on the instructions of Chief Minister Uddhav Thackeray. “The officials will make every effort to prove that it was not a case arising out of poverty and depression,” he said.

“I had warned in March itself that such a situation was imminent if the government didn’t take matters seriously and act immediately. She [Mangal] is a victim of poverty.”

Virtually none of the 70 households in Kadvyachimali hamlet  – surrounded by green fields glittering with raindrops – owns any farmland. 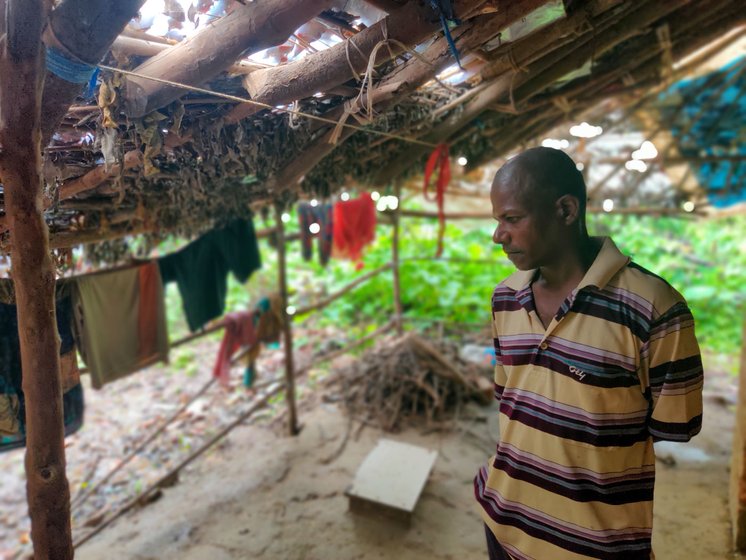 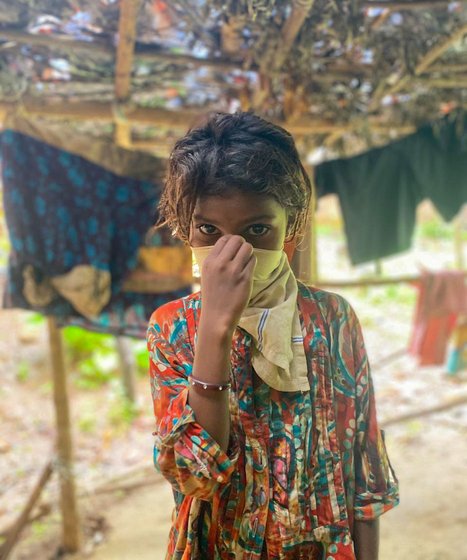 Dilip and his family used to work at a brick kiln in Bhiwandi for six months every year; now, only his daughter Nandini remains

Dilip Wagh migrates with his family to Bhiwandi – about 100 kilometres from his hamlet – to work at a brick kiln for six months every year. “We leave around November, after Diwali,” he said. “After we return, my wife and I used to look for odd jobs in Jawhar town and for work on the farms in the villages around us.”

When Prime Minister Narendra Modi declared a national lockdown on March 24, Dilip, Mangal and their two daughters were at the brick kiln. “The work soon stopped, and we stayed there for a month,” he said. “We came home in the first week of May. We walked for hours, then hired a tempo when we found one, paid the driver Rs. 2,000 and got home.”

The lockdown was enforced to contain the spread of the coronavirus. But it aggravated the condition of countless labourers like Dilip and Mangal, who live on the brink of hunger.

The labour contractors abandoned their workers during this time of great difficulty. Dilip and Mangal never got the full amount they were owed in wages for the six months of intense, gruelling labour they had put in at the brick kiln.

The kiln owner owed them Rs. 18,000 in back wages – after deducting the advance of some Rs. 7,000 he had given them at the start of the season. But he held back Rs. 6,000. “We used that money [the remaining Rs. 12,000] for survival during the lockdown,” said Dilip. “Even as things open up slowly, there is little work coming our way. That was bothering my wife.”

The kiln owner, said Dilip, paid him the outstanding Rs. 6,000 a few days after the  tragedy. “If he had sent it earlier, perhaps I could have used it for Mangal and Roshni’s funeral,” he said. “I had to borrow money to give them a respectful farewell.”