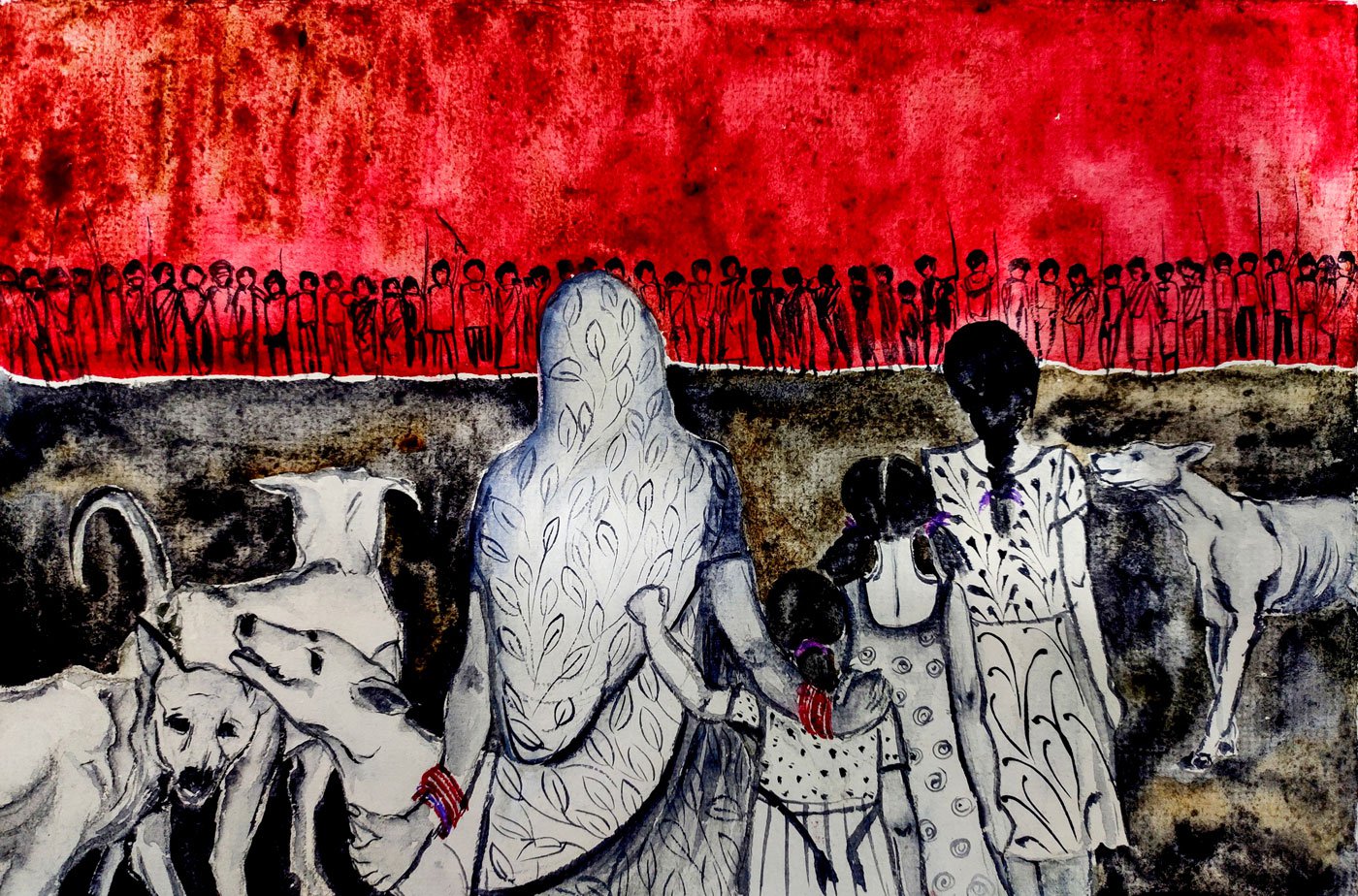 In Beed: 'It got easier to threaten and harass me'

In Maharashtra’s Beed district, a rape survivor was forced to return to her village and face harassment and social boycott – amidst the pandemic, income losses and a long fight for justice

Radha’s adopted dogs have paid the price for her courage. The first was decapitated, the second poisoned, the third went missing, and the fourth was killed in her presence. “Four powerful people from my village are in jail because of what they did to me,” she says. “They despise me for not settling the rape case.”

It was about six years ago that four men had sexually assaulted Radha (not her real name). She was going to Beed city from her village – about 100 kilometres away, in Beed district – when the driver of a private vehicle abducted her on the pretext of offering a lift. He and his three friends from the same village then raped her.

“I was disturbed for weeks after that,” says 40-year-old Radha about her trauma. “I decided to punish them by the law, so I filed a police complaint.”

At the time of the violent assault on her, Radha lived in Beed city with her husband and children. “My husband worked at a finance agency there. I would go to the village every once in a while to look after our farmland,” she says.

After registering the complaint, Radha came under pressure to withdraw the case. The perpetrators and their relatives, she says, are well connected to gram panchayat members and influential people of the village. “I did feel the pressure. But I lived away from the village. I had people supporting me in the city. I felt somewhat safe and confident.”

However, her veil of safety fell off after the outbreak Covid-19 in March 2020. Her husband, Manoj (not his real name), lost his job soon after the nationwide lockdown was announced. “He was earning Rs. 10,000 per month,” says Radha. “We used to live in a rented flat, but after Manoj became unemployed we couldn’t pay rent anymore. It became difficult to survive.”

With no other option available to them, Radha, Manoj and their kids reluctantly went to live in the village – the very place where Radha was raped. “We have three acres of land here, so we came to stay. We couldn’t think of anything else,” she says. The family now lives in a hut on the plot, and Radha cultivates cotton and jowar there.

The moment she moved to the village, the offenders’ families targeted Radha. “The case was going on. The pressure to withdraw increased a lot,” she says. But when she refused to back down, the pressure turned into overt threats. “I was right in front of them in the village. It got easier to threaten and harass me,” says Radha, who did not give in to it. 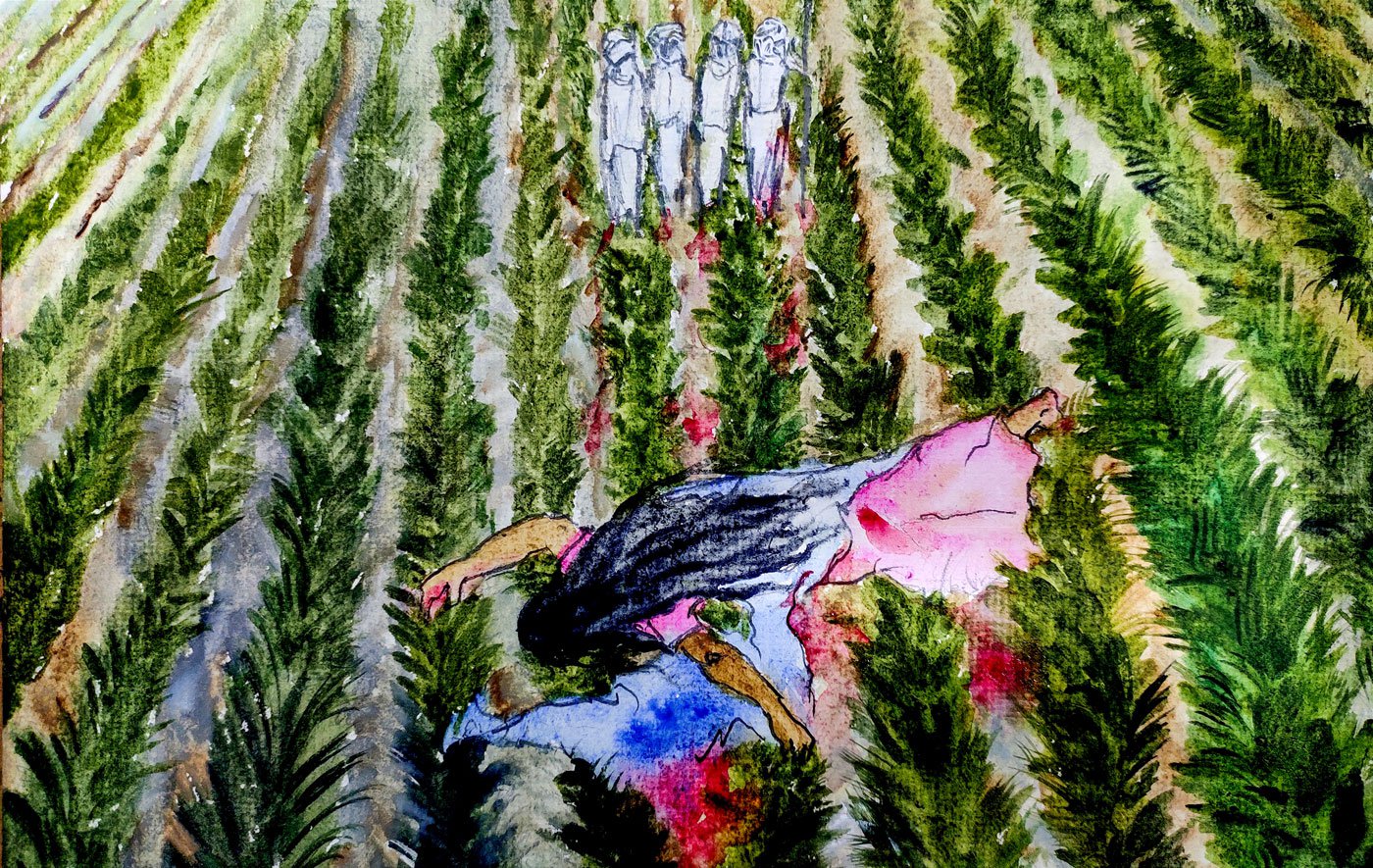 In mid-2020, the gram panchayat of her village and two neighbouring ones, called for a social boycott of Radha and her family. Radha was accused of being “characterless” and of defaming her village. She was “prohibited” from moving around in the three villages. “When I stepped out to fill a bucket of water for household needs, someone would say something nasty,” she remembers. “They actually meant, ‘You want to send our people to jail and still dare to live amongst us.’”

She often felt like breaking down. “ Maala swatahala sambhalna mahatvacha hota (It was important that I held myself together),” she says in Marathi. “The case was almost coming to a close.”

Manisha Tokle, a women’s rights activist in Beed, kept in touch with Radha during the court case. She had helped Radha file the police complaint earlier. “Our lawyer was confident about the [positive] verdict,” says Tokle. “But Radha had to stand firm. I wanted her to be confident and not get overwhelmed by the situation.” The activist had also ensured that Radha received Rs. 2.5 lakhs through the Manodhairya Scheme , under which the Maharashtra government gives financial assistance to victims of rape.

The prolonged legal process made Manoj restless, at times. “He would get disheartened sometimes. I told him to be patient,” says Tokle, who saw how he courageously supported Radha in her fight.

The case, which progressed slowly, became slower in the pandemic, when the court functioned online. “It had already been four years [by then]. The hearings were postponed a few times after the lockdown. We didn’t give up, but it lowered our hope of getting justice,” says Radha.

Her patience and persistence was not wasted. In October last year, close to six years after the crime, the Beed Sessions Court found the accused guilty of committing rape. The men were sentenced to life imprisonment. “When we conveyed the verdict to Radha, she paused for a minute and then broke down. Her long struggle had finally reached its conclusion,” says Tokle.

But the harassment did not end there.

Two months later, Radha received a notice accusing her of encroaching on land that belonged to someone else. According to the document, which was signed by the gram sevak, the plot that Radha was cultivating and living on belonged to four other people in her village. “Those people are after my land,” says Radha. “Everyone here knows what is happening, but nobody openly supports me, out of fear. In the pandemic, I learnt how low people could go to make a woman’s life miserable.” 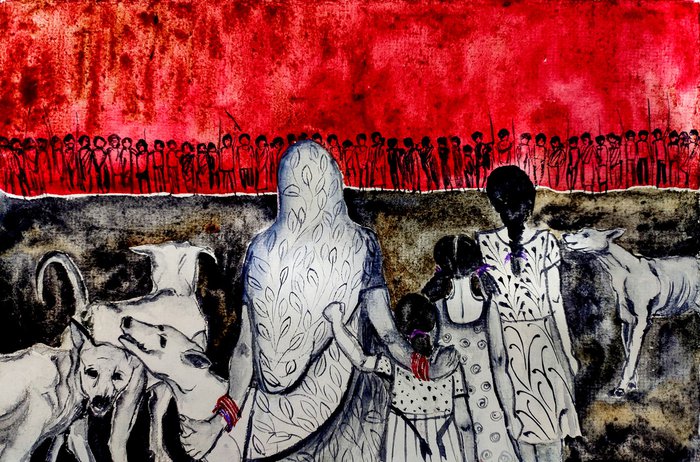 After registering the complaint, Radha came under pressure to withdraw the case. The perpetrators and their relatives are well connected to gram panchayat members and influential people of the village

The tin-roofed house where Radha’s family lives, leaks in the monsoon and heats up in summer. “When the wind is strong, it feels as if the roof will come off. My children hide under the bed when that happens,” she says. “This is my situation, yet they won’t leave me alone. They even stopped my water supply and threatened to evict me from here. But I have all the papers. I am not going anywhere.”

Radha wrote about the attempts to take control of her land, in a letter to the district magistrate. She was at risk, she said, and needed protection. Later, the gram sevak wrote to the magistrate stating that his signature had been forged on the notice. He said that the land belonged to Radha.

Taking note of Radha’s situation, in early 2021, Neelam Gorhe, deputy chairman of Maharashtra Legislative Council, wrote to the state rural development minister, Hasan Mushrif. She insisted on protection for Radha and her family, and an inquiry into the illegal social-boycott notice issued by the three villages.

A police constable is now supposed to be stationed at Radha’s house at all times. “I still don’t feel completely safe. The policeman is there sometimes, sometimes not. I never get sound sleep at night,” she says. “Before the lockdown [in March 2020], I could at least sleep peacefully because I was away from the village. Now I am always a little awake, especially when it is just me and the kids.”

Even Manoj can’t sleep well when he’s away from his family. “I keep worrying if they are all right and safe,” he says. After working for daily wages since losing his city job, he found employment in September last year. His place of work is 60 kilometres away from the village, so he rents a small room there. “His salary is less than what he earned [before the pandemic]. So he can’t afford to rent a place big enough for all of us. He comes and stays with us 3-4 days of the week,” says Radha.

Radha worries about how her three daughters, aged 8, 12 and 15, would be treated at the local school, which they will attend when it reopens. “I don’t know if they will be harassed or threatened.”

Her dogs helped relieve her anxieties. “They were a bit of protection too. They would bark when someone approached the hut,” says Radha. “But these people started killing them one by one. My fourth dog was killed only recently.”

Adopting a fifth is out of the question now, Radha says. “At least the dogs in the village should be safe.”