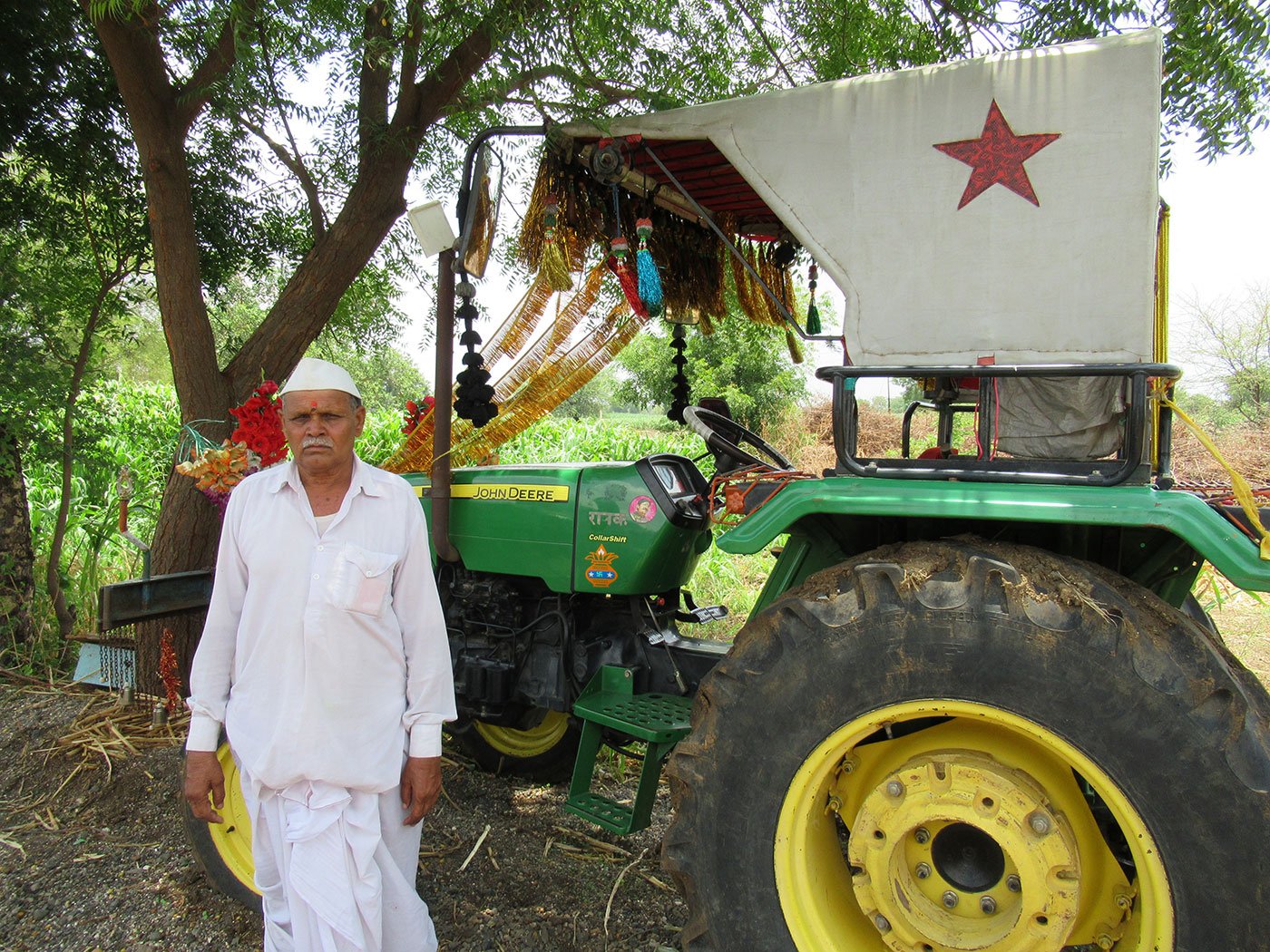 Private moneylenders or sahucars often wield enormous power in villages, leading farmers to ruin with crippling interest rates – as two recent cases in Marathwada show. But they do so only because of the collapse of formal avenues of farm credit and the state’s reluctance to help

Baliram Kadpe is critical of the Maharashtra government. “Farmers do not get the minimum support price [for their crops, from the state],” he says with concern. “And it is tedious for them to acquire crop loans.” Kadpe believes if the state ensures that farmers have access to a robust credit system, they would not have to approach sahucars [private moneylenders] and “it will automatically check farm suicides.”

His logic is sound, but there is one problem: Kadpe is accused of being a sahucar himself. For 25 years, Kadpe, 42, who lives in Ashti town of Jalna district in Marathwada, is said to have devoured more than 400 acres of land from various farmers who approached him for money.

Pote has two sons – one is a cop and the other is a farmer – and five daughters, for whose weddings he needed the loans. Even after he mortgaged the land to the sahuca r against the loan, he continued farming on it, and repaid in kind – with the harvest. “I cultivated cotton, bananas and sugarcane,” he says. “A majority of what I harvested would be sent to Kadpe. The total stock was easily over a lakh of rupees [every season]. I could hardly keep anything for myself. Once the land is mortgaged, the sahucar can do as he pleases and he can coerce you into doing anything.” 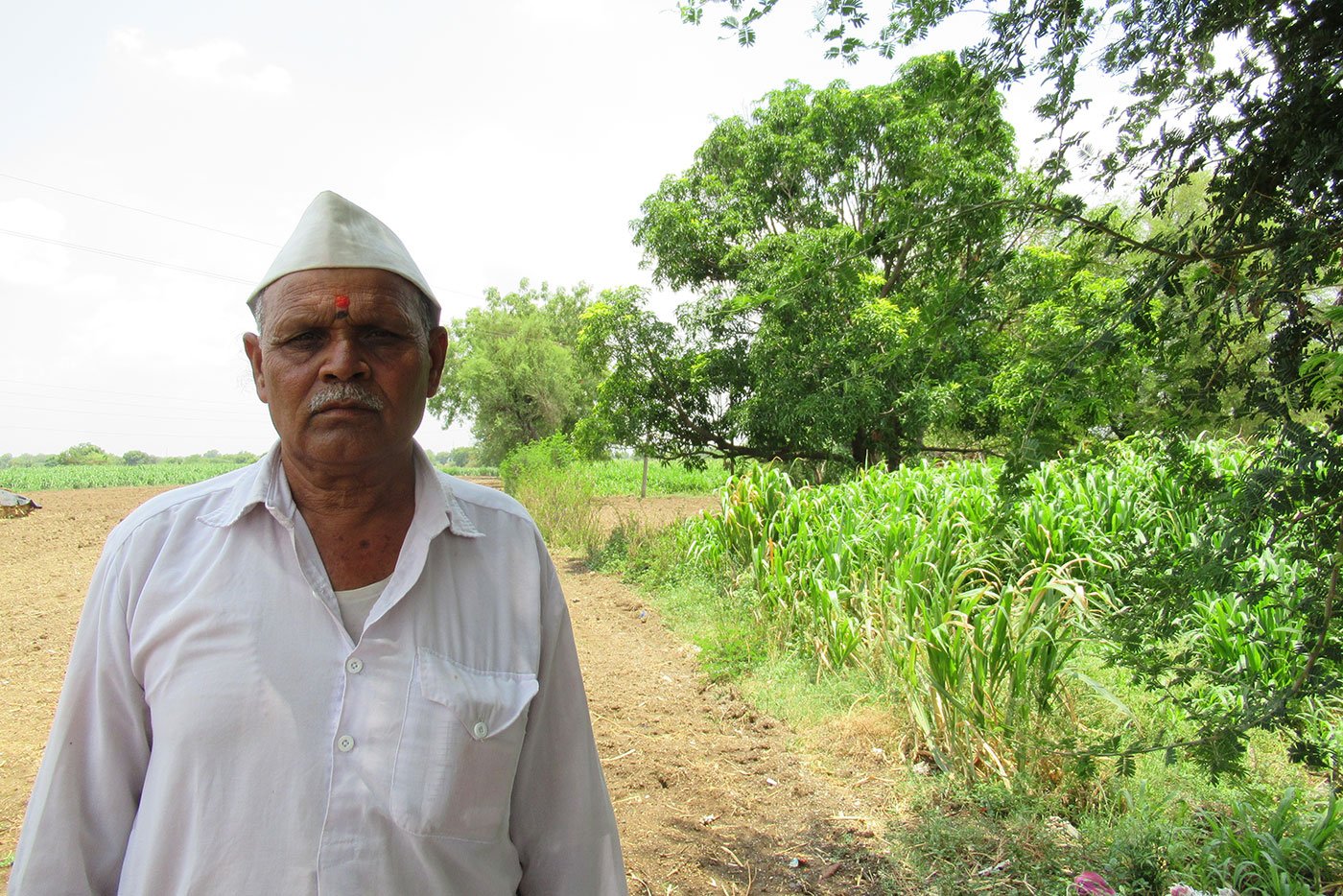 Haribhau Pote of Raigavan village lost land in mortgage to the moneylender, and paid vast sums to clear his debts with the sahucar , but was fearful of approaching the police

In 2007, Kadpe debarred Pote from the land and asked him to pay Rs. 3 lakhs in cash to get the land back. “I paid Rs. 2,86,000 over the next five years,” says Pote, who worked harder than ever on his remaining 2.25 acres. “I implored him to let the balance 14,000 rupees go. But he released just over two acres of my farmland. Since then, three acres is with him. He is asking 12 lakh rupees for it.”

It took Pote years to divulge these details to the police. “Kadpe is a strongman here,” he says. “I would not be surprised if he has sugarcane parcelled at his bungalow from every village around Ashti. He has not let any other sahucar settle in. I was scared to take him on.”

But in May this year, Murlidhar Kekan, 33, who lives right across Kadpe’s bungalow in Ashti, filed an FIR (first information report) against Kadpe and started collecting evidence. He collated a list of 133 farmers who had collectively lost around 400 acres of land. “The 400 acres still with him are after returning close to 400 acres to various farmers against a lot of money and their crops,” says Kekan. “He has captured seven acres of my land as well.”

The case was later moved to the Jalna crime branch, where police inspector Rajendrasingh Gour is examining the documents related to the case – property papers, land records, loan registers – which he says are all dubious. “There is no doubt he is a sahucar ,” he says. “The give and take of his land deals exceeds 1,000 acres. It looks like a typical sahucari case. The investigation is on; we will shortly file the chargesheet.”

While this could invoke sections of the law related to cheating, extortion and other crimes, the Maharashtra Money-Lending (Regulation) Act of 2014  – which has barely been put to use – requires moneylenders to be licenced, and, among other measures caps the interest rate at 12 per cent per year. Meanwhile, Kadpe has approached the high court seeking cancellation of the FIR.

What Kekan does not mention immediately is that Kadpe is an old family friend and is married to Kekan’s cousin.  And it is their now divergent political affiliations, Kadpe claims, that have driven Kekan’s allegations.

Kadpe spent nearly three decades with the Bharatiya Janata Party (BJP), then defected to the Nationalist Congress Party (NCP) last year. He is now said to be close to Dhananjay Munde, NCP member of the state’s Legislative Council. “I was a [considered a] ‘respected businessman’ and a ‘farm leader’ for years,” he says, sitting in his office on the ground floor of his lavish bungalow. “The moment I joined the NCP, I became a ‘ sahucar’ ? Buying and selling of land does not make everyone a sahucar . It is business.”

Kadpe declines to be photographed. “Forget about this case,” he says. “I will prove my innocence in  court. You have come from far. Have a cup of tea.” 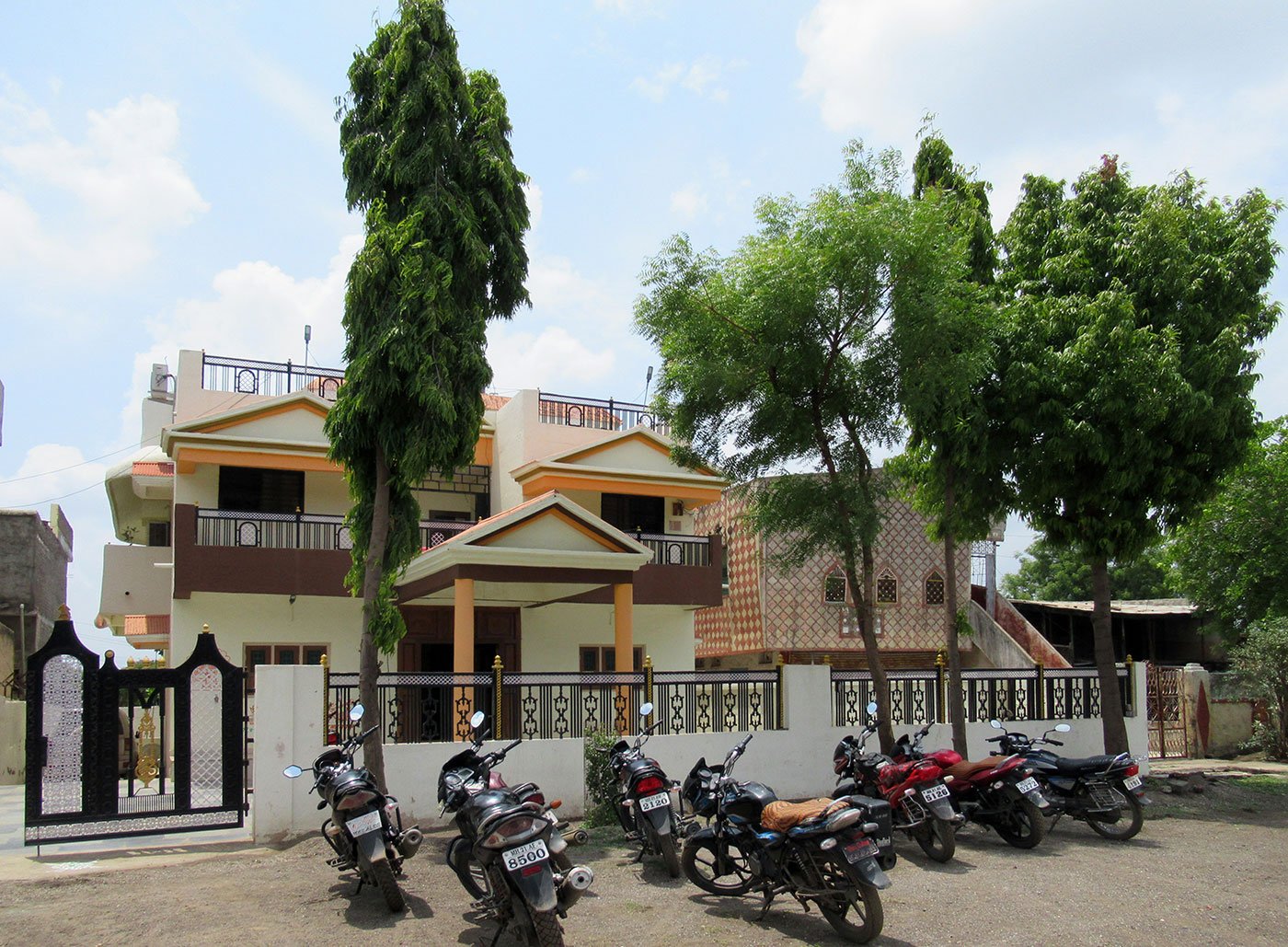 Kadpe's bungalow and office in Ashti town. 'Buying and selling of land does not make everyone a sahucar. It is business', he asserts

I walk across to Kekan’s house after meeting Kadpe. He offers me lunch and brings out the bunch of papers he has gathered against Kadpe. In his living room are photographs of his father with the late Gopinath Munde, BJP leader and former deputy chief minister of Maharashtra. “I am a common man who is merely concerned with my land,” says Kekan, denying any political vendetta.

Local reporters in Ashti support the political crossfire view. “Everyone here knows Kadpe is a sahucar ,” says one, requesting anonymity. “But we cannot deny political vendetta. There are hundreds of sahucar s across Marathwada. Hardly ever do such cases come to the fore.”

In fact, private moneylenders are a major source of loans across the region, and with the collapse of banking in rural areas, their role has only grown. Most district cooperative banks, which farmers have traditionally counted on, have gone defunct in Marathwada due to corruption and the banks’ inability to take on influential defaulters. Private banks, which a farmer might then have turned to, have magnified the interest rates on farm loans by merging crop loans and term loans, thereby making it ever more difficult for the debt to be repaid. The loan waiver promised by the state government has not materialised either, making farmers ineligible for new loans.

Without these credit avenues, farmers are compelled to approach private moneylenders, who readily disburse loans, but at interest rates that vary between 3-7 per cent per month or 40-85 per cent per annum. With such exorbitant rates, even a modest sum can end up digging a farmer's grave, because the interest soon surpasses the principal amount. Alternatively, sahucars lend money against mortgaged land – and when a farmer defaults, he loses his land.

Either way, farmers end up in a spiral of debt and at the mercy of moneylenders, who are typically powerful in the village, and have influential contacts in the administration and at local police stations. Unless someone equally powerful has a vested interest in exposing the sahucar , it is nearly impossible for farmers to speak out against the oppression and expect justice.

This oppression is what drove Sunil Mutkule to suicide in August last year. Mutkule, a 21-year-old farmer from Moha village in Osmanabad’s Kalamb taluka , was repeatedly humiliated about borrowing a meagre Rs. 1,000. Local newspapers reported the case, naming Pappu Madake as the sahucar .

Left: Documents found at Pappu Madake's house revealed the names of his 500-plus debtors; one of them was Sunil Mutkule. Right: Sunil's house in Moha village

Ravindra Keskar, a journalist with Loksatta in Osmanabad, spoke to the family and reported how Sunil ended up paying Rs. 22,000 to Madake during 2016. But Madake wanted Rs. 20,000 more. “Sunil then fled the village and started working as a security guard in Pune,” the report reads. “He sent some money home for his parents [who are farm labourers]. One day, when he had returned to the village to complete a few legal formalities, Madake’s men caught hold of him and beat him up with sticks and stones. They forced him to drink the water flowing from a gutter near a public toilet, in front of the entire village. He could not handle the humiliation and hanged himself.”

After this incident, the police conducted raids at Madake’s house where they found papers with more than 500 names of people to whom Madake had loaned money at interest rates of 15-20 per cent per month. A case of abetment to suicide was registered against him, and he was put in jail.

However, a few months ago, Madake was acquitted of all the charges in the taluka court of Kalamb. “The witnesses refused to testify,” says Keskar. “The entire village is petrified of Madake. Nobody talks about Sunil anymore. And Madake roams around with his head held high.”