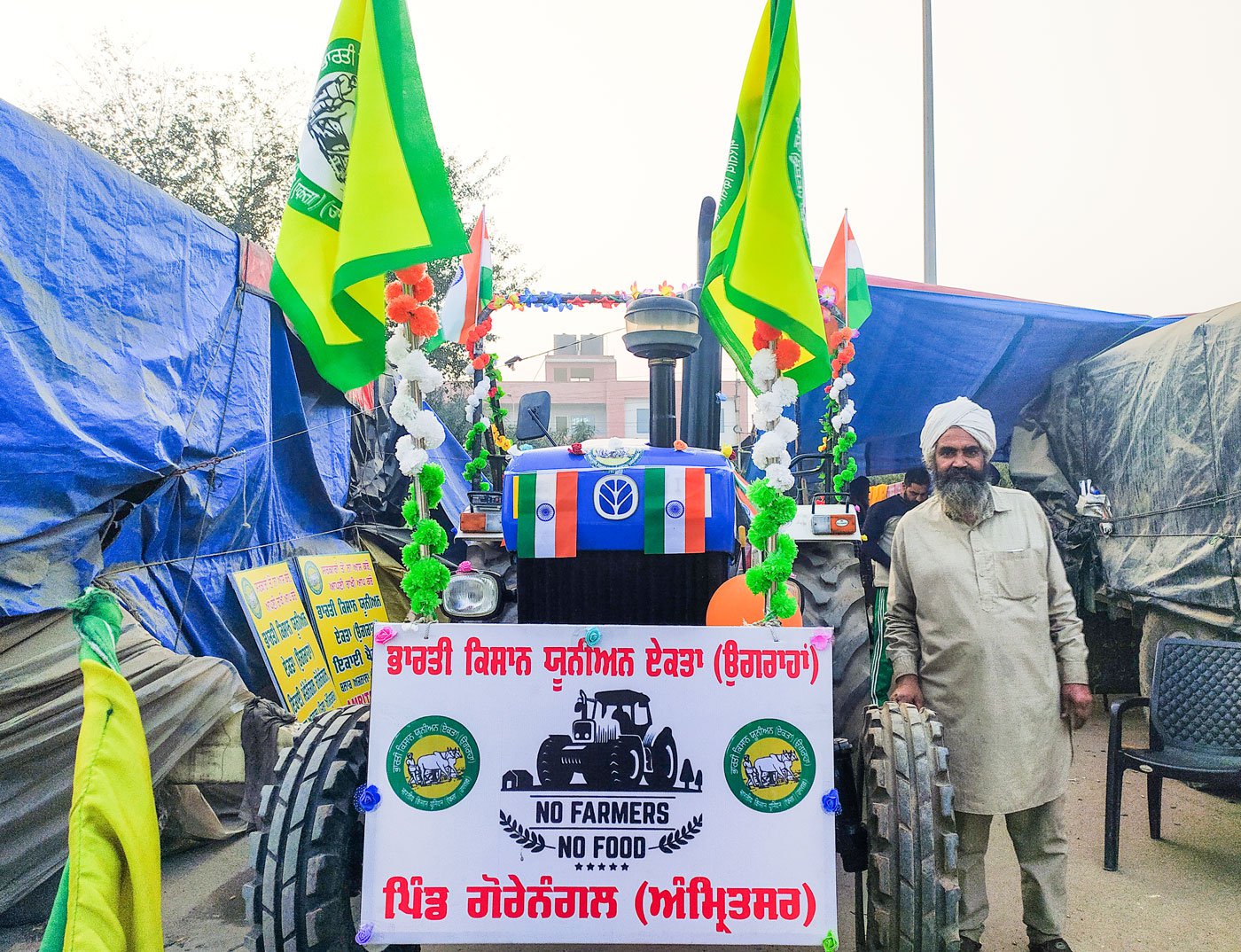 Ready to move: with tractors and the tricolour

Farmers at and around the Delhi protest sites have been readying their tractors with paint, garlands and balloons for the unprecedented Republic Day parade

“We have decorated our tractor with the tricolor because we love our nation,” says Shamsher Singh. His tractor is festooned with ribbons, balloons and flowers in the colours of the Indian flag. “Farming is as dear to us as our motherland,” he adds. “ We cultivate the land for months, we take care of the crops like our mothers take care of us. It is with this intention in mind that we have decorated our tractor like mother Earth.”

In and around the protest sites in Delhi farmers have been readying their tractors in various themes for the event. They want to make this rally as colourful and meaningful as the annual Republic Day parade in the capital with floats representing different states and themes. Accessorised with flowers, flags and tableaus, the tractors have got a new look. Individual farmers as well as farm-union-appointed teams have been working over the last few days to see that they are ready in time for January 26.

“It took two days to drive [the tractor] from my home in Gaurey Nangal,” says 53-year-old Shamsher. He has come to Tikri, on the Haryana-Delhi border along with 20 other farmers from this village in Amritsar district of Punjab to participate in the parade to reiterate the farmers’ demands to repeal the farm laws. 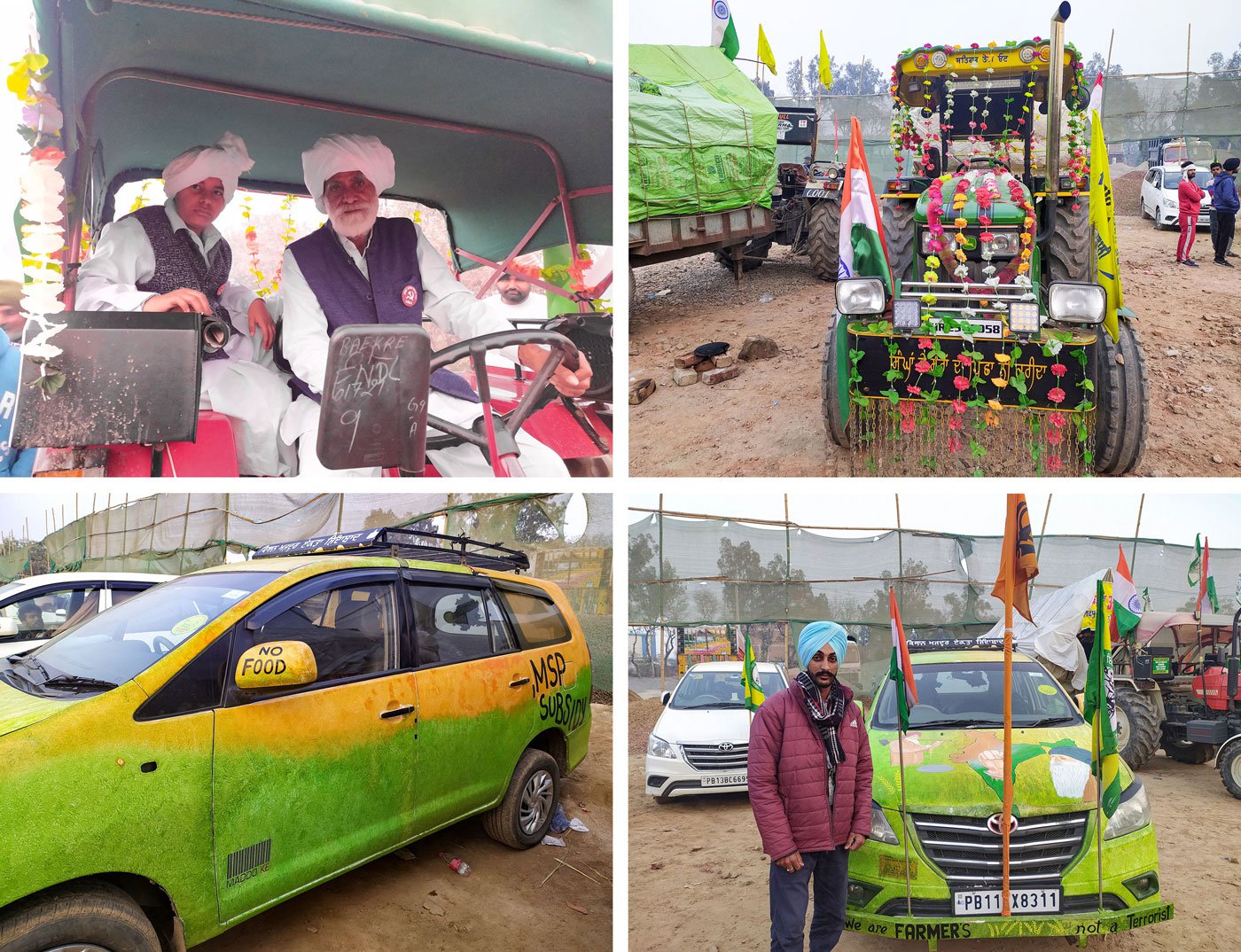 The farmers have been protesting against the three laws passed in Parliament in September 2020. These were first passed as ordinances on June 5, 2020, then introduced as farm bills in Parliament on September 14 and hastened into Acts by the 20th of that month. The three laws are the Farmers (Empowerment and Protection) Agreement on Price Assurance and Farm Services Act, 2020 , the Farmers’ Produce Trade and Commerce (Promotion and Facilitation) Act, 2020 and the Essential Commodities (Amendment) Act, 2020 .

Baljeet Singh has also decorated his tractor with long colourful garlands and the Indian flag. He drove from Kheri Sadh village in Rohtak district with his 14-year-old grandson Nishant to participate in the protest. He says his grandson and he will be dressed in the traditional attire of Haryana as a gesture of respect, and to represent other farmers from their state. 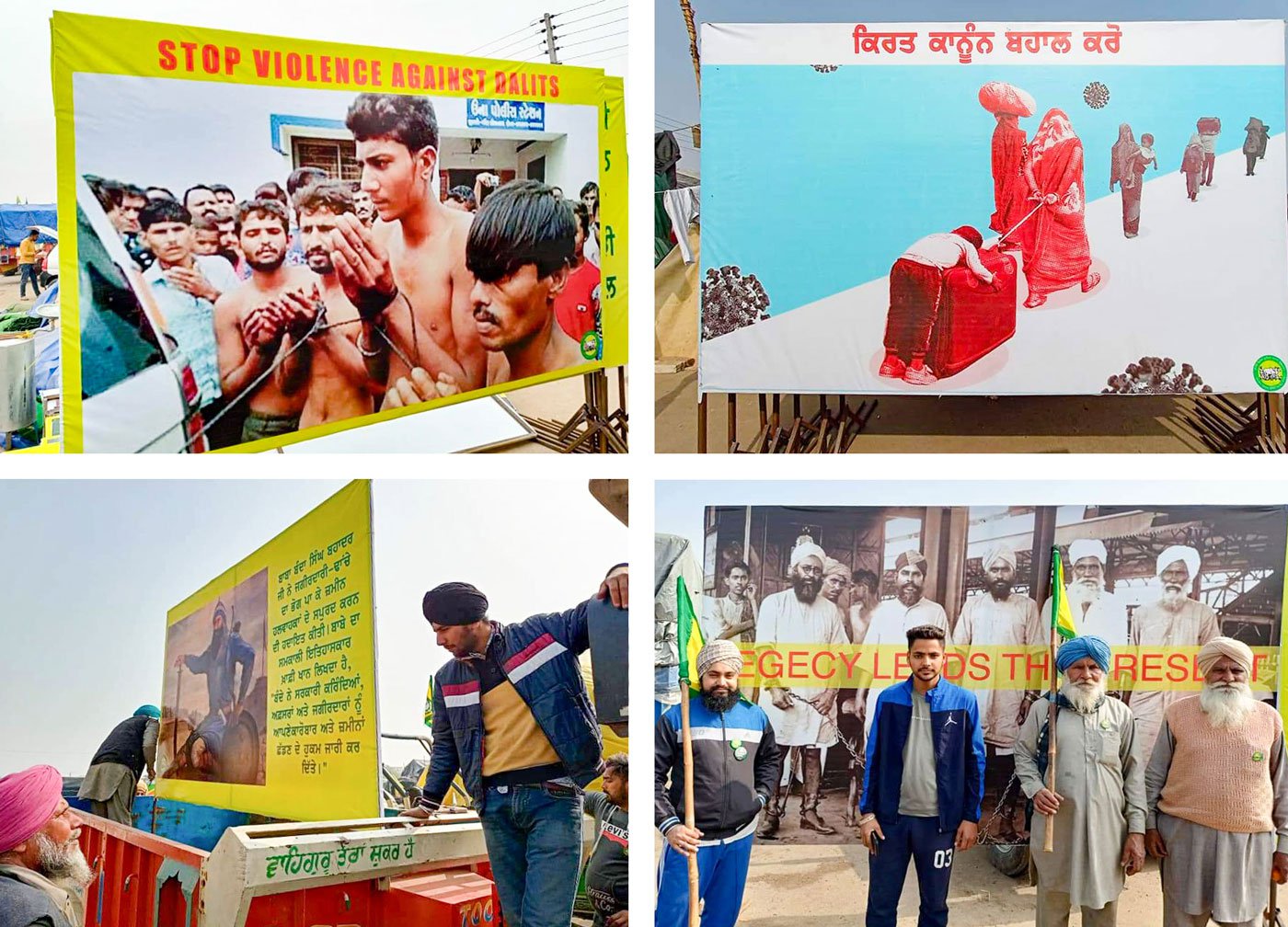 Many artists made posters, banners and hoardings for the rally. A Bharatiya Kisan Union spokesperson says: 'We are using this platform of the farmers protest to spread awareness about social evils'

“I purchased a Mahindra tractor only recently to participate in the protest. I used my own money. This is to show the government that we are not funded by anyone. We have earned our money,” says the 57-year-old farmer.

Cars too will be joining the parade. Baljinder Singh, 27, has come from Moga town in Moga district of Punjab to participate in the ‘Kisan Republic Day parade’, he says. He drove his Innova over 350 kilometres to Tikri. Baljinder is an artist and the exterior of the car is painted green to represent agriculture. On the rear end of the car he has painted the slogan ‘Punjab weds Delhi’. He explains: “It means we, the people from Punjab will go only after winning [the hand of] Delhi.” He says his hero is Bhagat Singh, the legendary freedom fighter.

In preparation for the rally, many other artists have made posters, banners and hoardings. The Bharatiya Kisan Union (BKU) has drawn up a list of the artists Vikas (he prefers to use only this name), media spokesperson for BKU (Ugrahan) says, “We are using this platform of the farmers protest to spread awareness about social evils like atrocities against Dalits and the migrant crisis. We are making large hoardings with the teachings of our gurus , and have worked day and night to complete these.”

And so, on the morning of January 26, the tractors, cars and people have set off on this unprecedented parade – a journey that the protestors surely hope will bring them to their destination – the repeal of the farm laws.

Other stories by Shivangi Saxena