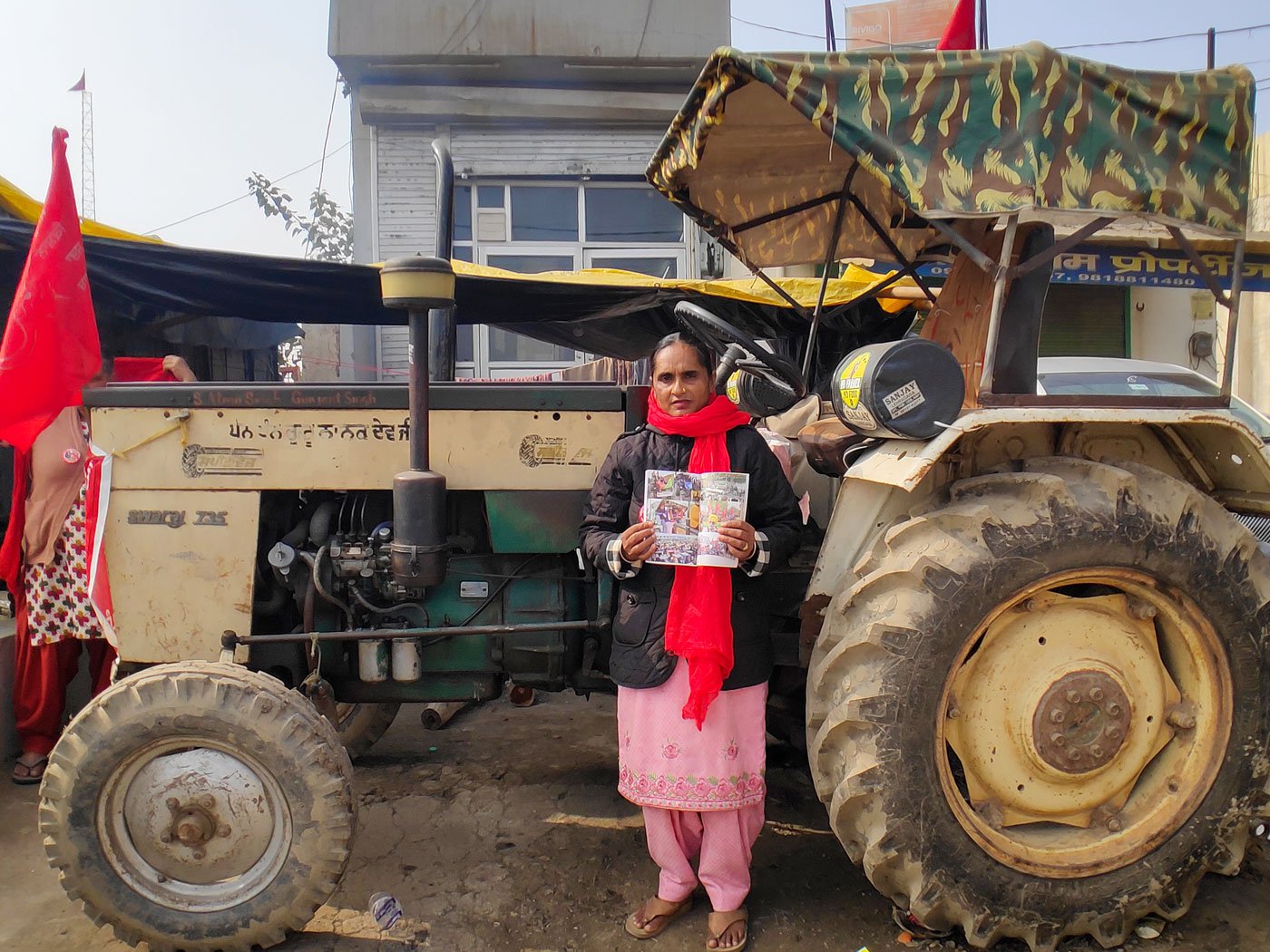 ‘I feel like I am flying when driving a tractor’

Sarbjeet Kaur drove her tractor for more than 400 kilometres from her village in Punjab to the Singhu farmers’ protest site, and is now ready to participate in the tractor rally on January 26

“I know how to drive a tractor,” declares Sarbjeet Kaur. So she got on to her family’s white tractor nearly two months ago and drove for roughly 480 kilometres from Jasraur village in Punjab to Singhu on the Haryana-Delhi border. “I came on my own,” she adds, while others in her village came to the protest site on trolleys arranged by their farm union.

Before she left Jasraur, 40-year-old Sarbjeet had been talking and protesting about the farm laws passed in Parliament in September 2020. She had gone campaigning door-to-door against the laws in her village of 2,169 people in Ajnala tehsil of Amritsar district. Then, on November 25, she left in a convoy of 14 tractor-trolleys travelling from Jasraur and surrounding villages, organised by the Jamhoori Kisan Sabha (affiliated to the All India Kisan Sangarsh Coordination Committee, the pan-Indian umbrella platform comprising over 200 farmers organisations). They left early in the morning and reached Singhu on November 27.

And now Sarbjeet is all set to take part in the unprecedented tractor parade on January 26, Republic Day, starting at the Kundli border some three kilometres north of Singhu, near Sonipat in Haryana. “I am joining it on my tractor," she says.

Singhu and Tikri in Haryana, and Ghazipur in Uttar Pradesh, are among the major sites where lakhs of farmers and numerous farm unions have been engaged in protests since November 26, 2020, demanding the withdrawal of the three new farm laws. “Until the laws are removed, neither the old nor the young, men or women, are leaving,” Sarbjeet says.

“Nobody told me to come here. Nobody has ‘kept’ me here,” she adds, standing near her tractor lined up with the others at the protest site. “So many men rode on my tractor for the protest. Will you say I brought them here?” she asks, smarting at the remarks made by the Chief Justice of India (on January 11) that women and the elderly are being ‘kept’ at the protest and must be ‘persuaded’ to go back. 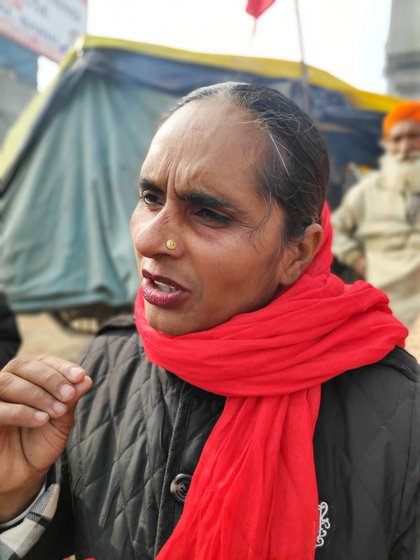 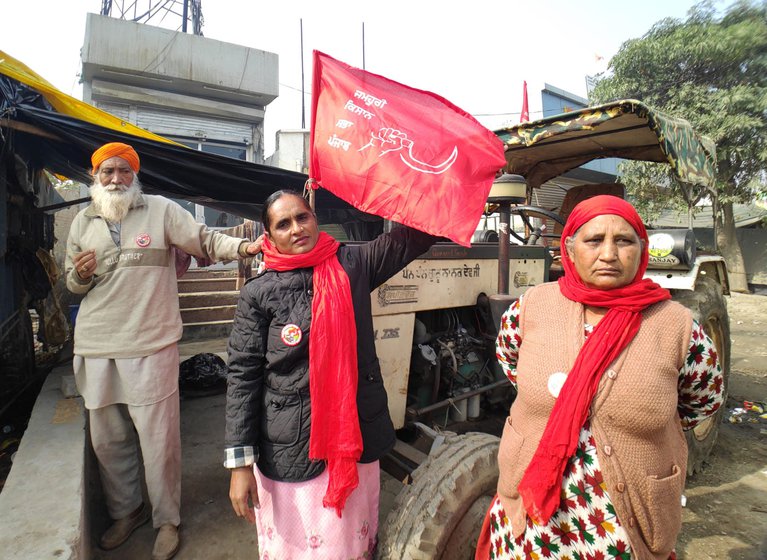 Sarbjeet Kaur: 'Women are the reason this movement is sustaining. People in power think of us as weak, but we are the strength of this movement'

“Women are the reason this movement is sustaining,” Sarbjeet says. “People in power think of us as weak, but we are the strength of this movement. We women look after our farms. How can anyone consider us weak? I do the sowing, harvesting, threshing and transporting of my crops. I take care of both my farm and my family.”

Like Sarbjeet, 65 per cent of women in rural India are engaged directly or indirectly in farming activities.

Sarbjeet’s husband’s family own’s five acres in Jasraur village – the land is registered in the name of her in-laws – on which they grow wheat and paddy. They sell their harvest in the local mandis and earn Rs. 50,000-60,000 annually. Though she works hard as a farmer, Sarbjeet does not own any land – less than 2 per cent of women in India hold titles to the land they work on. (The Women Farmers Entitlement Bill , 2011, proposed by M.S. Swaminathan to address this and other gaps on the agrarian economy, never made its way into a law.)

Her husband, Niranjan Singh, has been at the protest site on and off, and left for their village a few days ago. Sarbjeet misses their four children – two daughters and two sons – but says she is here for their future and will stay until the end of the protest. “Once the mandis are closed, how will we earn from our land? How will my children study?” she asks, referring to the law that will sideline the state-regulated APMC mandis . “I want to give my children a good education,” she adds. “We can't see it now, but slowly the mandis will close down and then how and where will we sell?'

The laws the farmers are protesting against are the Farmers (Empowerment and Protection) Agreement on Price Assurance and Farm Services Act, 2020 , the Farmers’ Produce Trade and Commerce (Promotion and Facilitation) Act, 2020 and the Essential Commodities (Amendment) Act, 2020 . They were first passed as ordinances on June 5, 2020, then introduced as farm bills in Parliament on September 14 and hastened into Acts by the 20th of that month, despite opposition.

The farmers see these three laws as expanding the space for large corporates to have more power over farmers and farming. These laws undermine the main forms of support to the cultivator, including the minimum support price (MSP), the agricultural produce marketing committees (APMCs), state procurement and more. The laws have also been criticised as affecting every Indian as they disable the right to legal recourse of all citizens, undermining Article 32 of the Constitution of India. 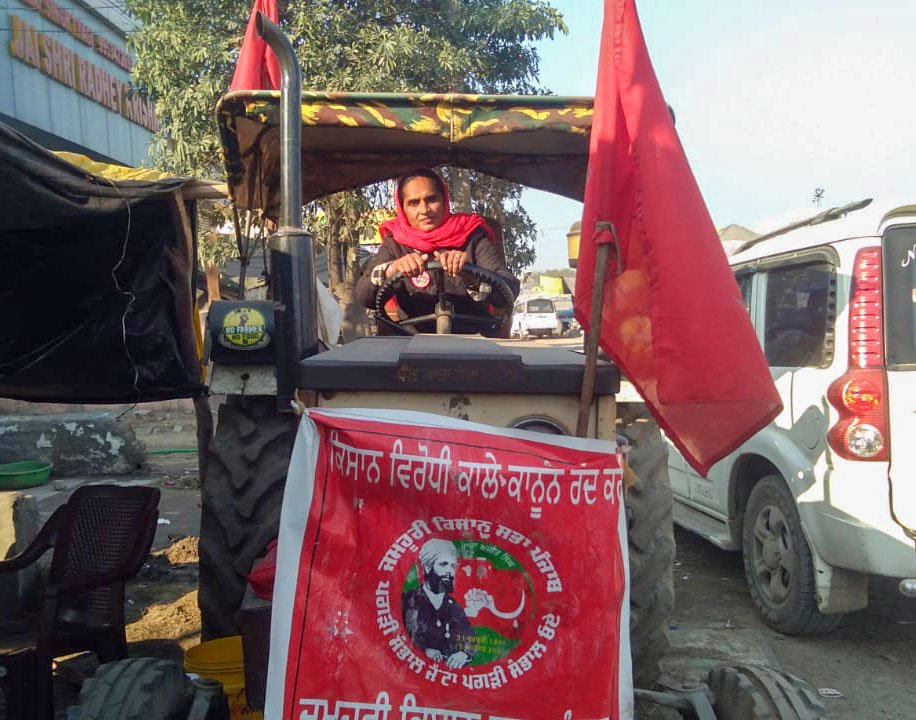 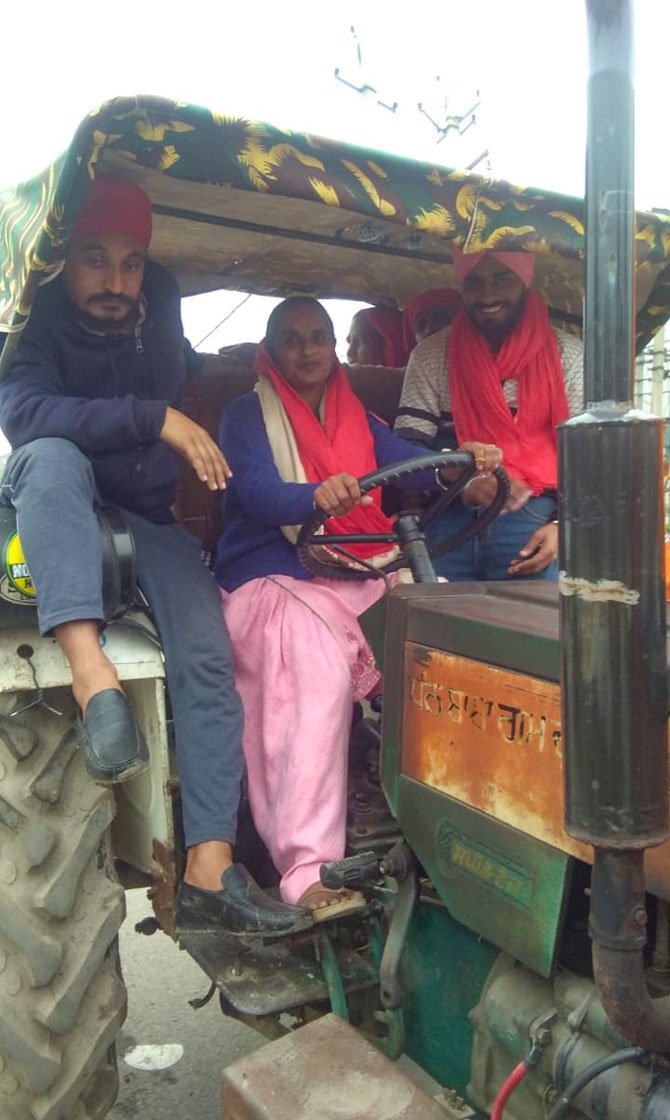 Sometimes, Sarbjeet gives children an others at the protest site a ride on her tractor, which she learnt to drive four years ago

At the protest site, Sarbjeet spends her day cooking for langars , cleaning roads and washing clothes. For her, it’s a form of sewa (community service). She sleeps in her tractor-trolley and uses the toilets in nearby shops. “People around here are very helpful, they trust us so much that they hand us the keys to their shops so we can use the toilet any time. We get free sanitary pads and medicines from different organisations who are distributing them here,” she says. Some days, Sarbjeet borrows a cycle from someone and cycles around the area.

“I am very happy here. We all live like one big family. We all come from different pinds [villages] and grow different types of crops, but are united for this cause. I have got an extended family because of this movement. All of us are united like never before. This unity is not limited to Punjab or Haryana. All the farmers of the country stand together today. And no one is coordinating or supervising us. All of us are leaders.”

Sometimes, Sarbjeet gives children at the protest site a ride on her tractor, which she learnt to drive four years ago. “My husband used to drive it and I was always interested too, so I asked him to teach me. And he did. Nobody in my home or village said anything when I learnt or even now when I drive around,” she says.

“I feel like I am flying when I am driving,” she adds. “A woman fights for her rights all her life. People still think that we need someone else to fight for them. This time it is not an [orthodox] society, it is the government we have to fight.”

Snigdha Sony is an intern with PARI Education, and studying for a Bachelors degree in journalism at the University of Delhi.

Other stories by Snigdha Sony