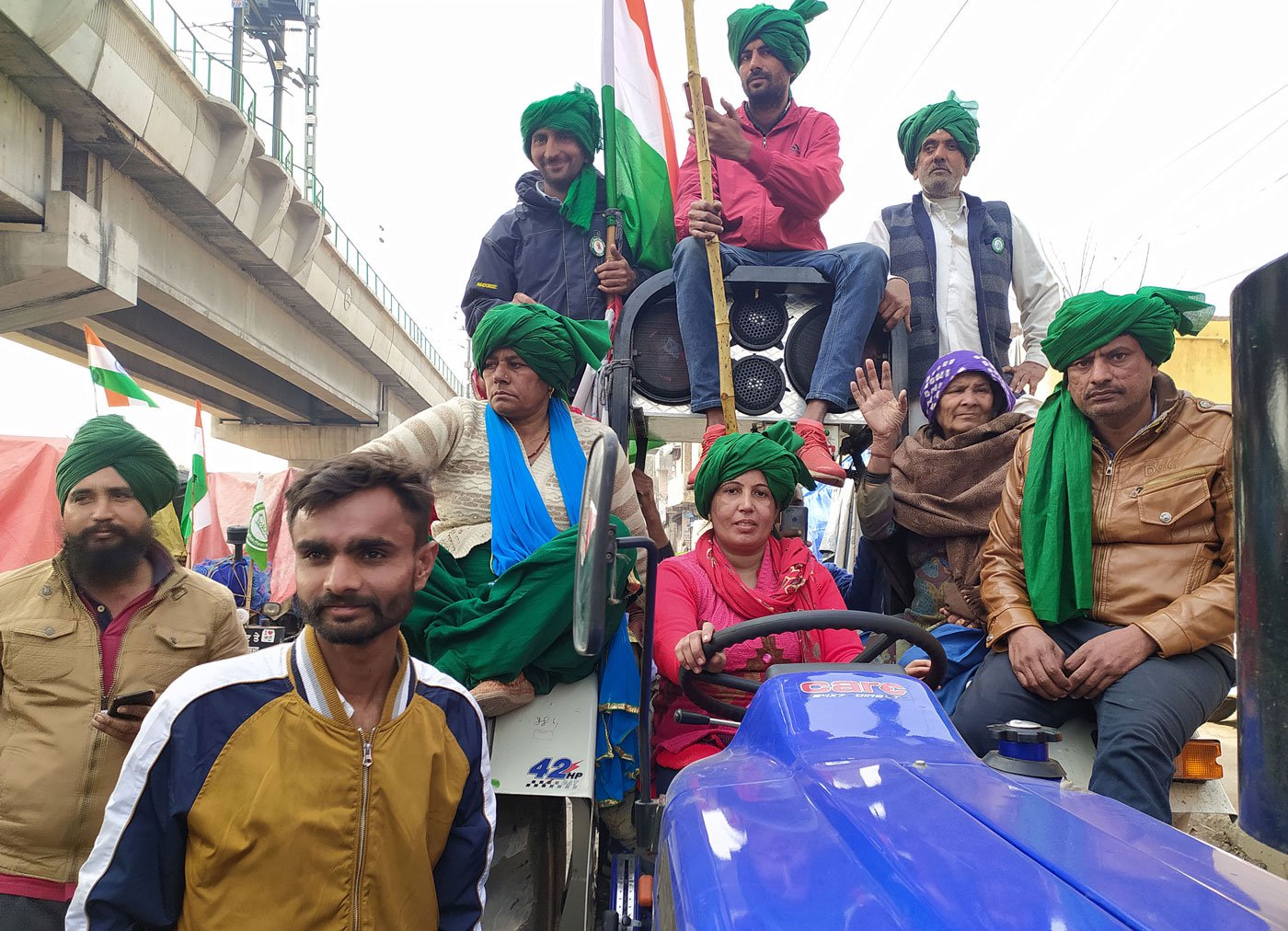 Tens of thousands of tractors are lining up at the Tikri border in time for the tractor rally on January 26. Women farmers will be leading, and all the details are being carefully worked out

“There is a line-up of tractors for 50 kilometres on the Tikri border on both sides of the road,” said Kamal Brar. He, along with 20 other farmers from their village in Fatehabad district of Haryana, reached Tikri with five tractors and two trolleys on January 24.

Tikri, on the Haryana-Delhi border, is one of the three main sites just outside the national capital where tens of thousands of farmers have been protesting since November 26, 2020, for a repeal of the farm laws passed in Parliament on September 2020.

As part of the protests, the farmers have planned an unprecedented tractor rally in the capital on January 26, Republic Day.

Among those planning to participate is Nirmal Singh. It took him several hours to find parking at Tikri for the four tractors from Wahabwala, his village in Abohar block of Fazilka district in Punjab. He has come with 25 people from Wahabwala, under the banner of Kisan Mazdoor Ekta Union. “Many more people are coming. The number of tractors will multiply, you’ll see,” he said. 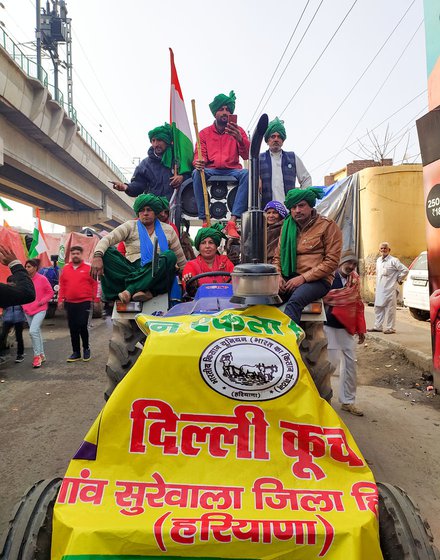 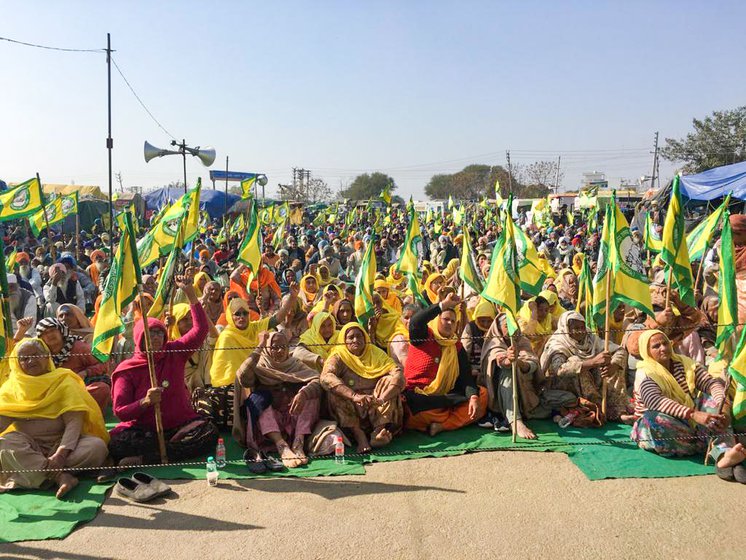 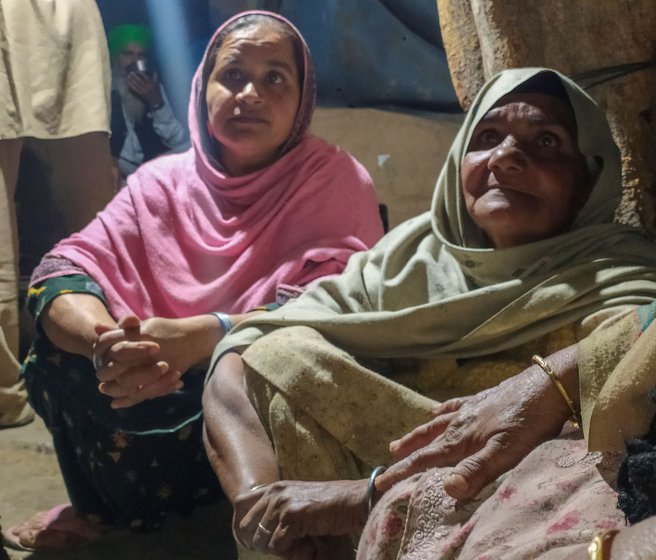 Left: Women from Surewala village in Haryana getting ready for the Republic Day tractor parade. Centre: Listening to speeches at the main stage. Right: Raj Kaur Bibi (here with her daughter-in-law at the Tikri border), says, 'The government will see the strength of women on January 26'

“On the day of the parade, 10 people will be allotted per tractor,” added Kamal Brar. “It will be a peaceful rally and we will keep to the route map given by the police. Teams of volunteers are getting trained under the guidance of farmer leaders to take care in case of any accidents or indiscipline during the parade.”

The langars (community kitchens) will be providing the farmers with tea and breakfast before the tractor parade sets off, and no food will be served on the route.

Women farmers will lead the rally, and are preparing for the parade – groups of women are driving tractors on the roads of Tikri, practicing for the January 26 drive.

Among the women leading from the front is 65-year-old Raj Kaur Bibi, a farmer from her village in Jakhal block of Haryana’s Fatehabad district. “The government will see the strength of women on [January] 26th,” she said.

A convoy of around 20,000 tractors led by the Bharatiya Kisan Union (Ekta Ugrahan) reached the Tikri border late on the night of January 24. They came through Dabwali in Bathinda district and the Khanauri border in Sangrur district, both in Punjab. 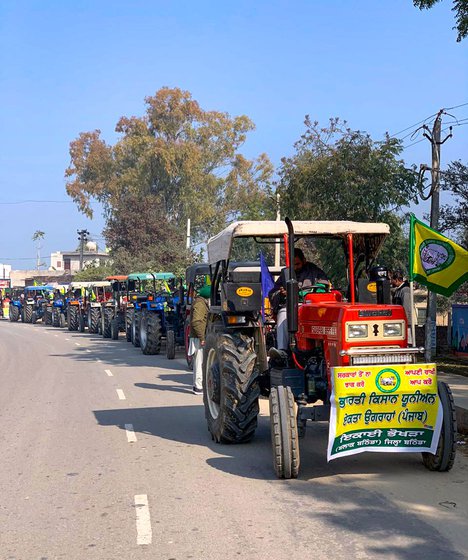 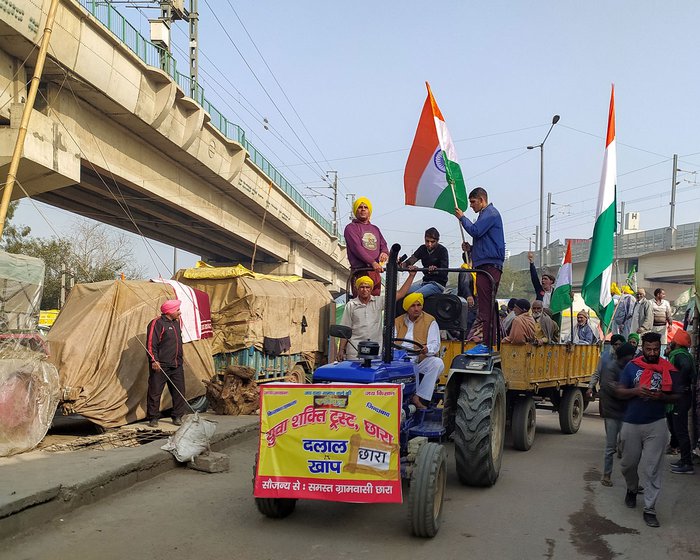 Left: A convoy of truck from Bathinda reaches the Tikri border. Right: Men from Dalal Khap preparing for the tractor parade

Among those waiting with their tractors now is also 60-year-old Jaskaran Singh, who first came to Tikri on November 27 with a group of farmers on five tractors from Sher Khanwala village in Mansa district of Punjab. “We are sitting here since then without a single complaint of misbehaviour, theft or indiscipline,” he said.

He has been going and coming from the Tikri protest site and his village in Mansa district of Punjab. He returned on January 23 along with 25 other farmers on 10 tractors. “January 26 will be a historic day when the country’s food-givers will take out a huge parade. It has become a ‘people’s movement’,” he said.

Wating for Republic Day at Tikri is also Devarajan Roy, an artist in his 40s, who travelled by train from Haldia in West Bengal with a team of three to reach the protest site last week. Along with Biju Thapar, another artist, Devarajan is busy making cut-outs of revered historical figures like Sir Chhotu Ram. “We have come to support farmers. We are spending our own money to make these figures. I believe art should speak for society,” he said. Among the cut-outs is one of Baba Ram Singh, a preacher who reportedly shot himself on December 16 at the Kundli border. 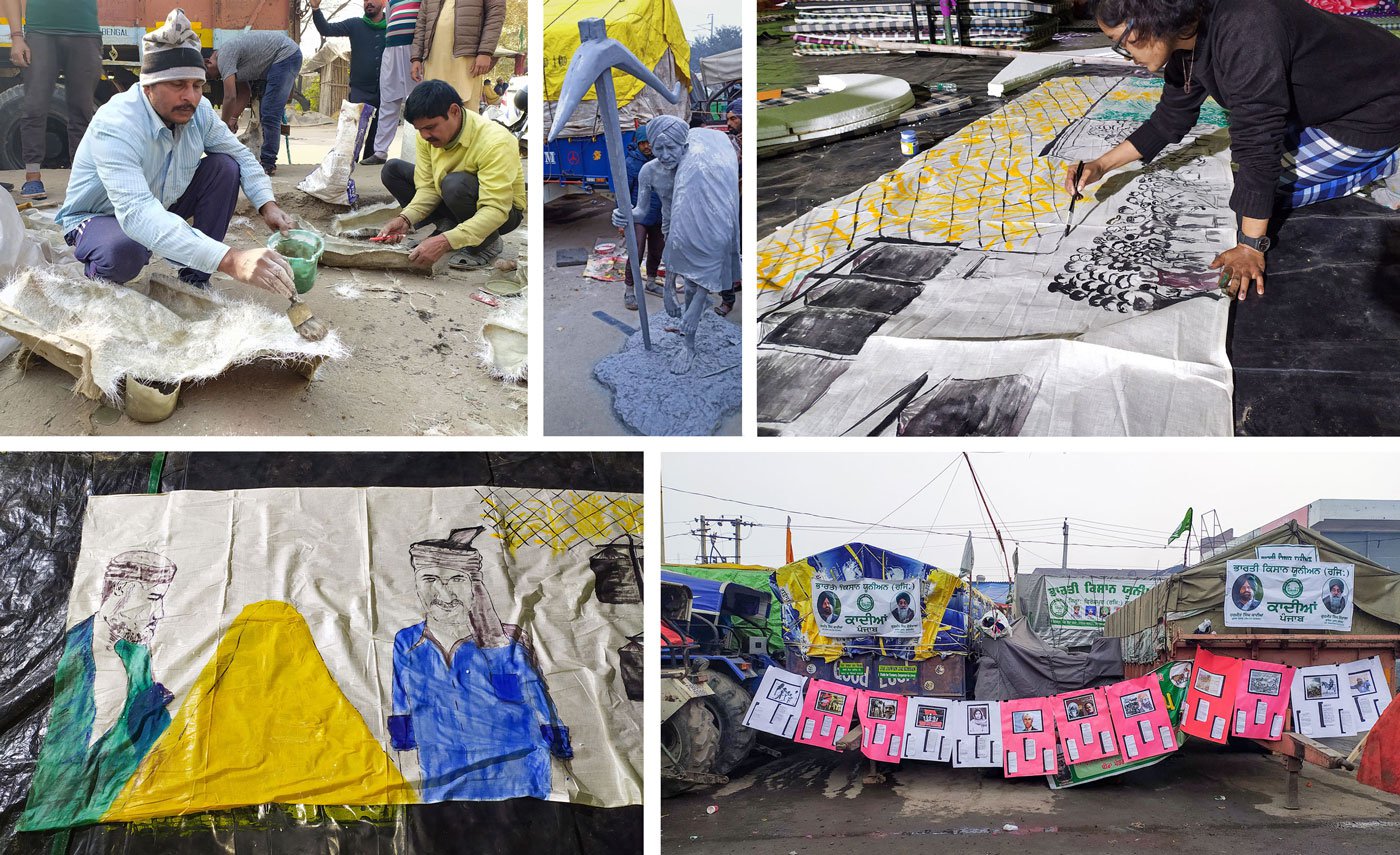 Top left and centre: Devarajan Roy and Biju Thapar making cut-outs of historical figures like Sir Chhotu Ram for the farmers' Republic Day parade. Top right: Ishita, a student from West Bengal, making a banner for a tractor, depicting how the laws will affect farmers. Bottom right: Posters for the parade

The supporters at Tikri include Ishita, a post-graduate student from Haldia in West Bengal. She is making a banner to go up on a tractor, with illustrations depicting how the laws will affect farmers and others.

These laws were first passed as ordinances on June 5, 2020, then introduced as farm bills in Parliament on September 14 and hastened into Acts by the 20th of that month. The three laws are the Farmers (Empowerment and Protection) Agreement on Price Assurance and Farm Services Act, 2020 , the Farmers’ Produce Trade and Commerce (Promotion and Facilitation) Act, 2020 and the Essential Commodities (Amendment) Act, 2020 .

“It should not matter how many farmers are coming to join the parade,” says Jaspreet, who reached Tikri on January 21 from Bhaini Sahib in Ludhiana district. He says he is the only person from his village here. “What is important is that every town and village should contribute to make it successful.”