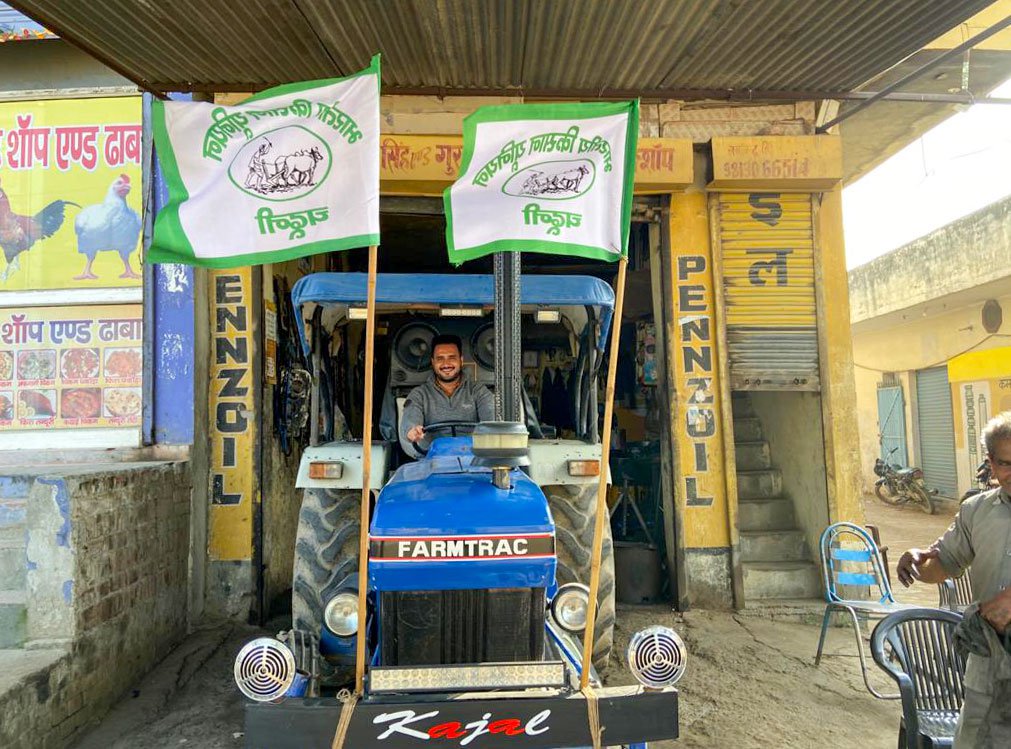 ‘I will be driving my tractor to Delhi’

Cheeku Dhanda, a young farmer in Haryana’s Kandrauli village, has driven to Singhu five times to participate in the farm protests. He is going again, this time to join the tractor rally on January 26

“Three tractors, six tractor trolleys and 2 to 3 cars will leave from our village for Delhi on the morning of January 24,” said Cheeku Dhanda of Kandrauli village in Haryana. “We are going to join the tractor rally. I will be driving my own tractor to Delhi,” added the 28-year-old farmer.

This is Cheeku’s sixth visit to Singhu on the Haryana-Delhi border – where every time he joins the tens of thousands of farmers protesting against the farm laws passed in Parliament in September 2020. Every time, he covers 150 kilometres from Kandrauli in Yamunanagar district, travelling for around four hours on the road. On each visit he has stayed for at least three nights at Singhu, in solidarity with the protests.

Travelling with him on each of his trips is his 22-year-old cousin Moninder Dhanda, who is studying Law at Kurukshetra University. Their families – they belong to the predominantly agricultural Jat community in Haryana – live together and own 16 acres of land on which they cultivate vegetables, wheat and paddy.

“We are able to earn 40,000 to 50,000 rupees per acre every year by selling our crops in the local APMC mandis ,” said Moninder. “The cost of production is increasing every year, whereas the MSP [minimum support price] is not,” said Moninde. These earnings support their family of eight.

Like the cousins’ families, most of Kandrauli village’s 1,314 residents are involved in agriculture. In mid-January, some of them informally put together a committee to oversee and coordinate matters related to the farm protests. It focuses on local-level decisions, unlike the wider scope of the zonal sub-committees of the Bharatiya Kisan Union (to which many farmers in the village are affiliated). “The village committee has been deciding whose turn it is to take care of the fields of those who have gone to protest,” said Cheeku. “They also manage the food supply for the people at Singhu.” 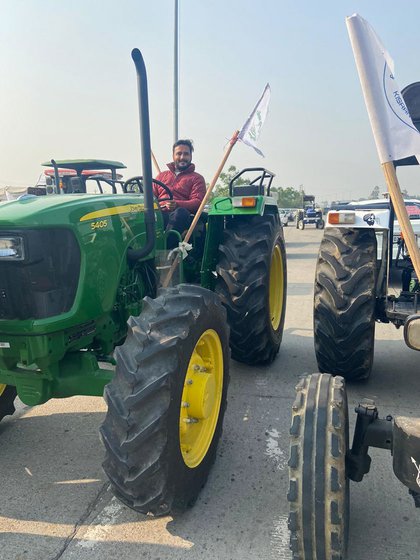 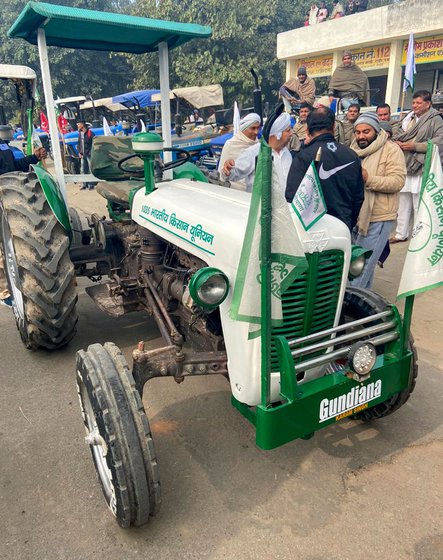 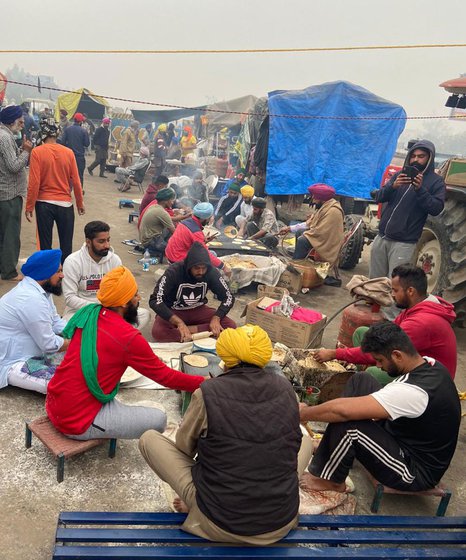 Left: Cheeku Dhanda, on the way to Singhu border for the tractor rally on January 26. Right: A photo from Cheeku’s last trip to Singhu

Kandrauli has donated Rs. 2 lakhs so far to support the protests. The money is sent through people going to Delhi’s borders, said Moninder, who in turn hand it over to union representatives at the different protest sites in and around the capital city. On January 24, the convoy from Kandrauli carried donations of another Rs. 1 lakh, and some in the village have also donated groceries like dal , sugar, milk and wheat for the langars (community kitchens) at the protest sites.

At several such sites on the border of Delhi, farmers have been protesting since November 26 against the three laws were first passed as ordinances on June 5, 2020, then introduced as farm bills in Parliament on September 14 and hastened into Acts by the 20th of that month. The three laws are the Farmers (Empowerment and Protection) Agreement on Price Assurance and Farm Services Act, 2020 , the Farmers’ Produce Trade and Commerce (Promotion and Facilitation) Act, 2020 and the Essential Commodities (Amendment) Act, 2020 .

The farmers have planned an unprecedented tractor rally in the capital on January 26, Republic Day. Cheeku and Moninder plan to participate in this parade of protest.  “It's not as though the present system is perfect,” says Moninder, clearly angry. “But these laws have made matters worse."

Gagandeep (he prefers to use only this name) is a first year student of Law at Kurukshetra University, Haryana.