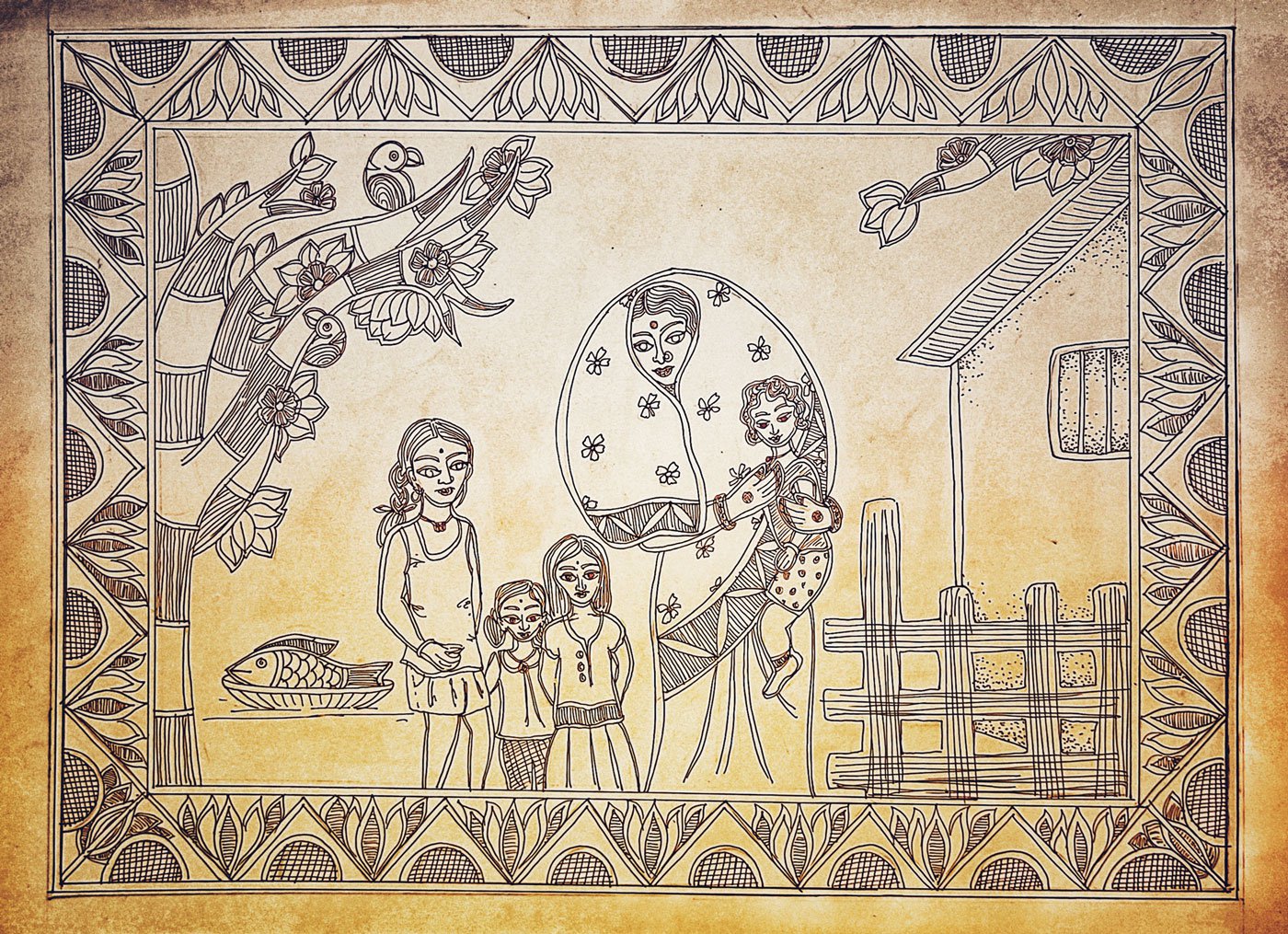 In Madhubani, girls are born but not certified

Women from poor families in Bihar’s Madhubani district face hurdles when accessing health services at the best of times. So when petty corruption surfaces in the few systems that serve them at all, they’re helpless

Poonam parts Rani’s hair into two sections, then oils and braids it tightly. But before she can tie in a rubber band, the child runs outside to play with her siblings and friends. “Dost sab ke abitai, e sab saanjh hoite ghaur sa bhaig jai chai khela lel [As soon as their friends turn up, they all run out to play in the evening],” says Poonam Devi about her children, as she prepares  dinner. Rani is her eight-year-old, second daughter.

Poonam has three daughters and a son. But it’s only for her son – the youngest of her four children – that she has a birth certificate. “ Humra lag me ette paai rahitay ta banwaiye letiye sabke [(If I’d had the money, I would have got it for the other three as well],” she says.

Her kachha house is fenced by bamboo sticks like many dwellings in rural Bihar. Married to Manoj, 38, a daily wage labourer, she lives in Ektara village of Benipatti block of Bihar’s Madhubani district. Manoj makes around Rs. 6,000 a month.

“I am now 25 years and a few months old,” says Poonam (all names in the story have been changed). “My Aadhaar card is with my husband and he is not home right now. I don't remember exactly how old I was when I got married.” If she is 25 now, she was probably around 14 at the time of her marriage.

All of Poonam’s children were delivered at home. “The dai [traditional birth attendant] helped every time. We consider going to hospitals only if the situation seems critical,” says Saanti Devi, 57, Manoj’s aunt. She lives close to their house in the same mohalla and considers Poonam to be her own daughter-in-law. 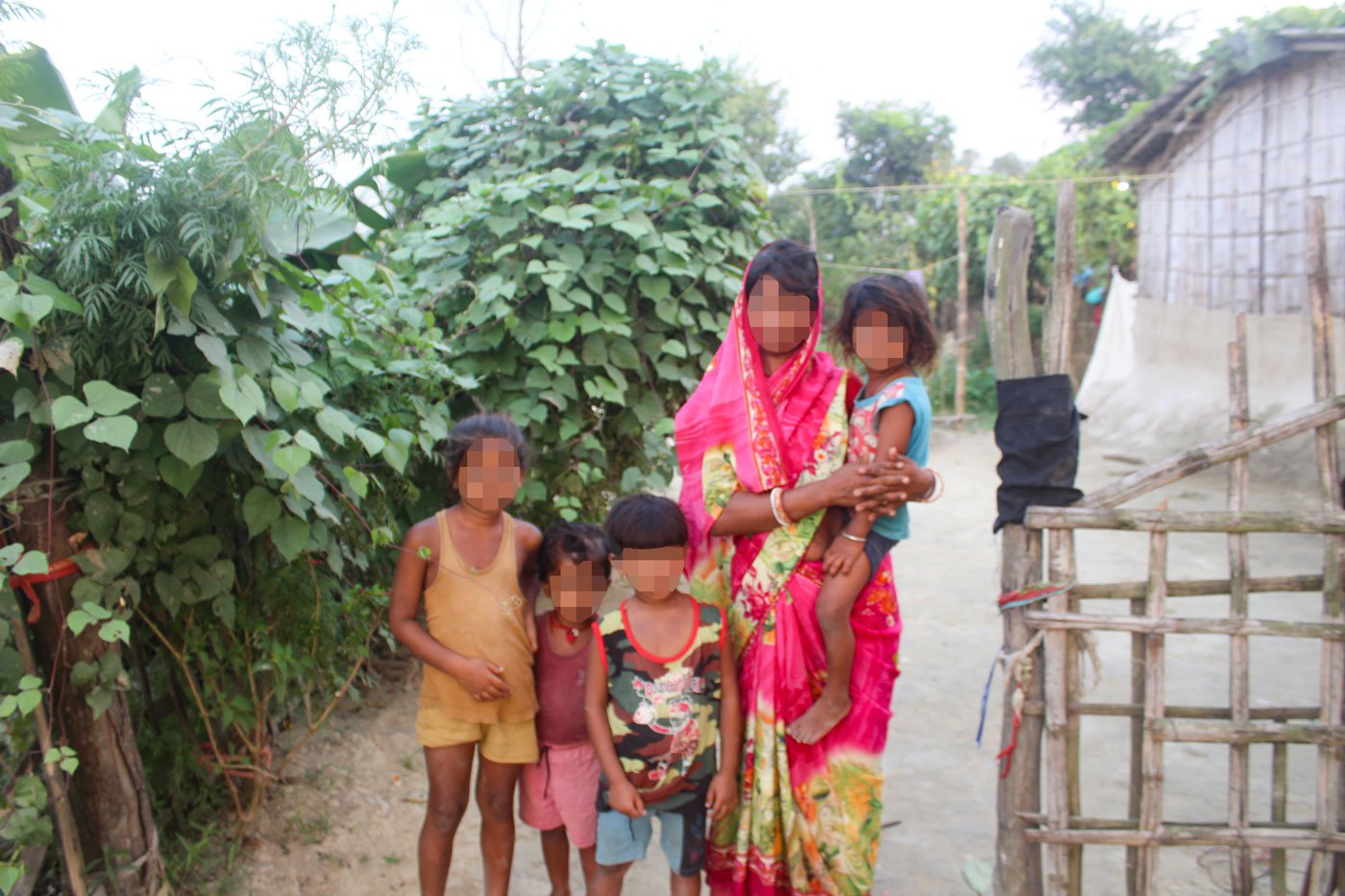 Poonam has three daughters and a son. But it’s only for her son, the youngest of her children, that she has a birth certificate

“Like most of us, Poonam did not know the procedure to obtain a birth certificate,” says Saanti Devi. “To get it made, one has to go to the district hospital and pay a certain amount of money. I do not know how much.”

Payment for a birth certificate?

“ Takkhan ki [Of course]! They don’t give it [the certificate] for free here. Do they elsewhere?” With ‘they’ Poonam refers to the ASHAs (Accredited Social Health Activist) and hospital staff. “ Paai lai chhai, ohi duaare nai banbai chhiyai [They all ask for money, that’s why we couldn’t get the certificates for our girls],” Saanti adds.

Both Poonam and Saanti Devi – and indeed everyone in this mohalla – speak in Maithili. The language has over 1.3 million speakers in the country, mainly concentrated in Madhubani, Darbhanga and Saharsa districts of Bihar. It is also the second-most spoken language in neighbouring Nepal.

Interestingly, the Prathmik Swasthya Kendra (primary health centre) in Ektara is located barely 100 metres from Poonam’s house. The PHC, say locals, mostly remains closed, except for the rare days when the compounder shows up. “The last time he was here was three days ago. He usually opens the hospital twice a week, but the doctor also rarely turns up and we haven’t seen him too in months,” says Poonam’s neighbour Rajlaxmi Mahto, who is in her 50s. “Dular Chandra’s wife is the dai we all call for deliveries. She lives in a nearby hamlet. She is a trustworthy woman.” 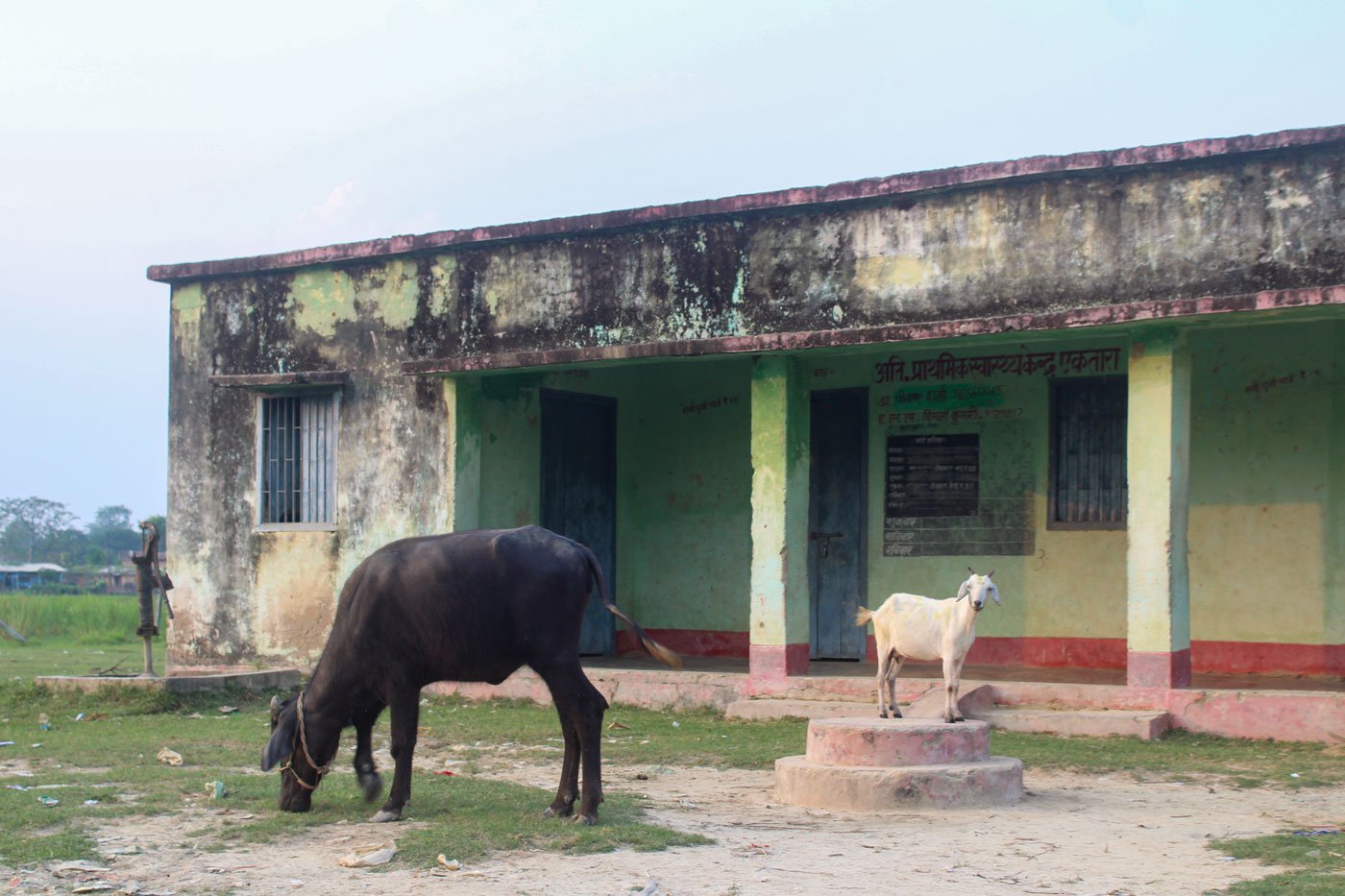 The PHC near Poonam’s house, which remains closed on most days

The  report also notes that “around 80% of India's 1.14 million registered [allopathic] doctors work in cities which are home to just 31% of the country’s population.” It’s the same story with physical infrastructure, like PHCs, district health centres and hospitals. That makes the proximity of the PHC to Poonam’s house even more ironic.

We’re talking while standing in Poonam’s dalaan – the semi-open area between the verandah and the rooms of a house. In Bihar, the dalaan is often used by men or elders as a living space. After a while, a few more women from the neighbourhood join us. They seem to prefer that we go inside a room, but we continue the conversation in the dalaan .

“When my daughter had to deliver, we rushed to the Benipatti aspataal [hospital]. The delivery was planned at home earlier, but at the last moment we got to know that the dai had gone out of station. So my son and I took her to the hospital in an autorickshaw. Upon delivery, the on-duty nurse demanded 500 rupees from us. I told her we could not give that amount and as a result, she made us struggle to get the birth certificate,” says Rajlaxmi.

And that experience, at the lowest end of the health chain, captures the story of the torment, the irony and dilemmas confronting poor women here. 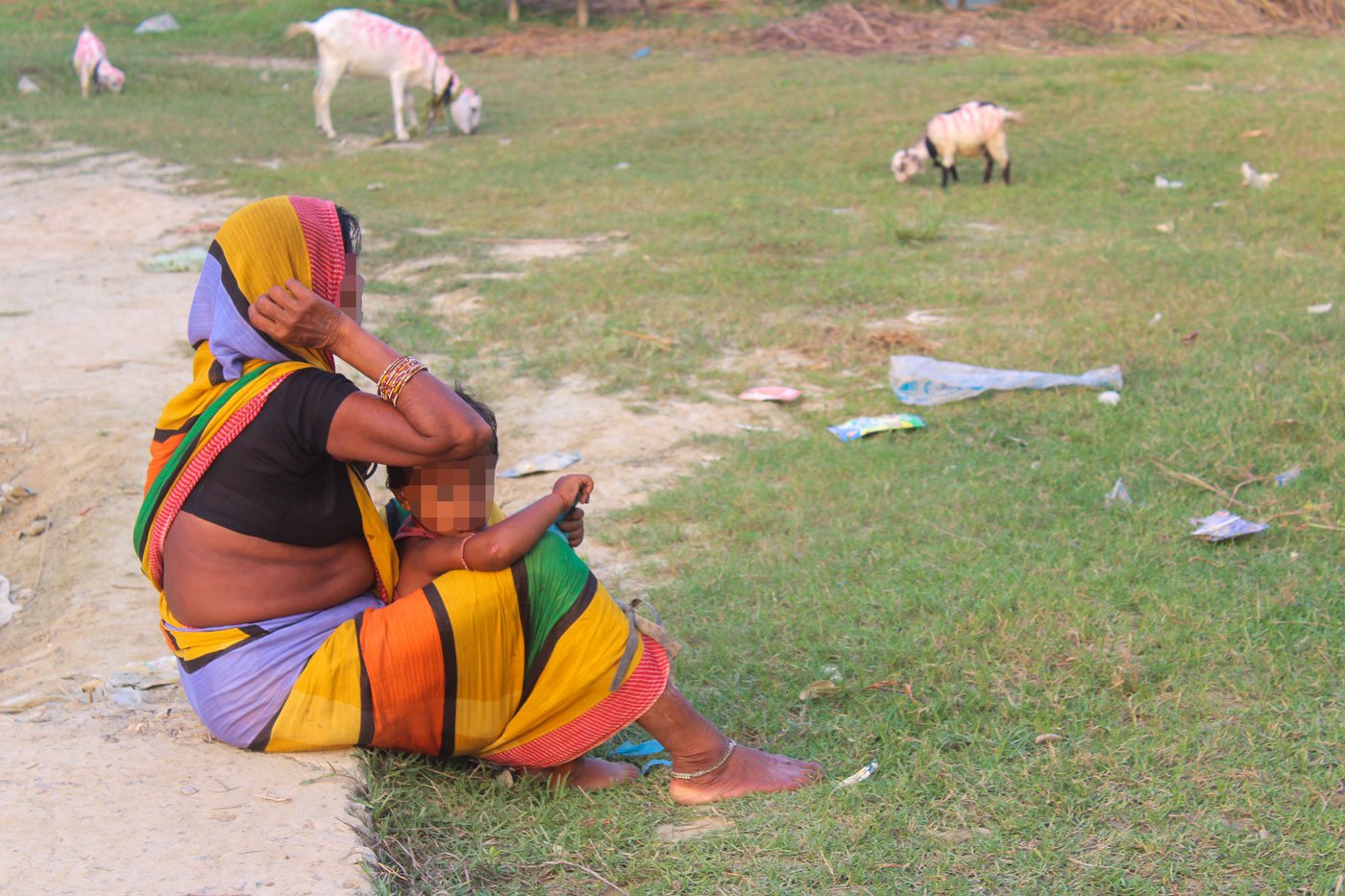 'They all ask for money, that’s why we couldn’t get the birth certificates for our girls,' says Saanti Devi, Poonam’s husband's aunt

With the lack of infrastructure, doctors who don’t show up, private medical services that are either unaffordable or dangerously incompetent – poor women depend a great deal on the assistance of the ASHAs. If anyone has been at the frontline of the battle against Covid at the village level, it has been the ASHA worker.

Walking door to door while everyone else was quarantining for safety, ASHAs have been out, risking their lives for vaccinations, medicine distribution, pre and post-natal care, besides various other tasks assigned to them.

So when petty corruption raises its head at the level of the local auxiliary nurse midwife (ANM), the ASHA, and the anganwadi worker, women like Poonam and Rajlaxmi are helpless. The amounts demanded may appear small but for poor women here, these are more than they can afford.

The ASHAs too, including the few resorting to such practices, are under immense pressure. There are over a million ASHAs across the country who essentially connect the rural population to the public health system. They perform an incredible array of tasks at great risk to themselves. In many parts of the country, they were required since April last year to visit 25 households every day, each of those at least four times a month, surveying them for the coronavirus. And that, with very little protection .

Long before the pandemic, in 2018, ASHAs in Bihar – at 93,687 the second largest contingent of such workers in India – had mounted a huge strike demanding better pay. The strike was called off after various promises were made by the state and central governments. But nothing happened. 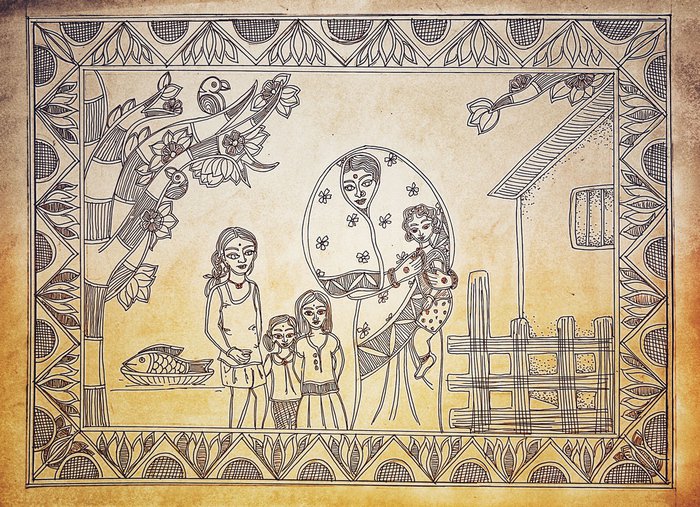 Meena Devi, an ASHA from Darbhanga, says: 'You know how underpaid we are. How will we survive if we do not take the money they [families with newborn babies] give us happily?'

Governments seem to make them promises each time they go into strike action – then renege on their commitments. They are no closer today to government salaries, pensions, or other job benefits. It is incredibly hard to live and work as an ASHA, or for that matter as an anganwadi worker.

Meena Devi, an ASHA from Darbhanga, says: “You know how underpaid we are. How will we survive if we do not take the money they [families with newborn babies] give us happily? We never force anyone or demand a specific amount. Whatever they give with happiness is good for us, be that on childbirth or for the making of birth certificates."

And that might be true of her and some others – there are lakhs of ASHAs across the country who indulge in no such practices at all. But that is not the experience of very poor women here in Madhubani and some other parts of Bihar who speak of demands amounting to extortion.

Manoj’s parents used to live with him and Poonam, and the couple’s first three children -- Anjali, 10, Rani, 8 and Sonakshi, 5. But his parents are no longer alive.  Their fourth child and only boy, Raja – now two and a half years old – was born after their passing. “My mother-in-law had cancer. I don’t know which type, though. She died some 4-5 years ago. Then after my father-in-law’s demise three years ago, it's been just the six of us. He always craved for a grandson, I wish he could have seen Raja,” says Poonam. 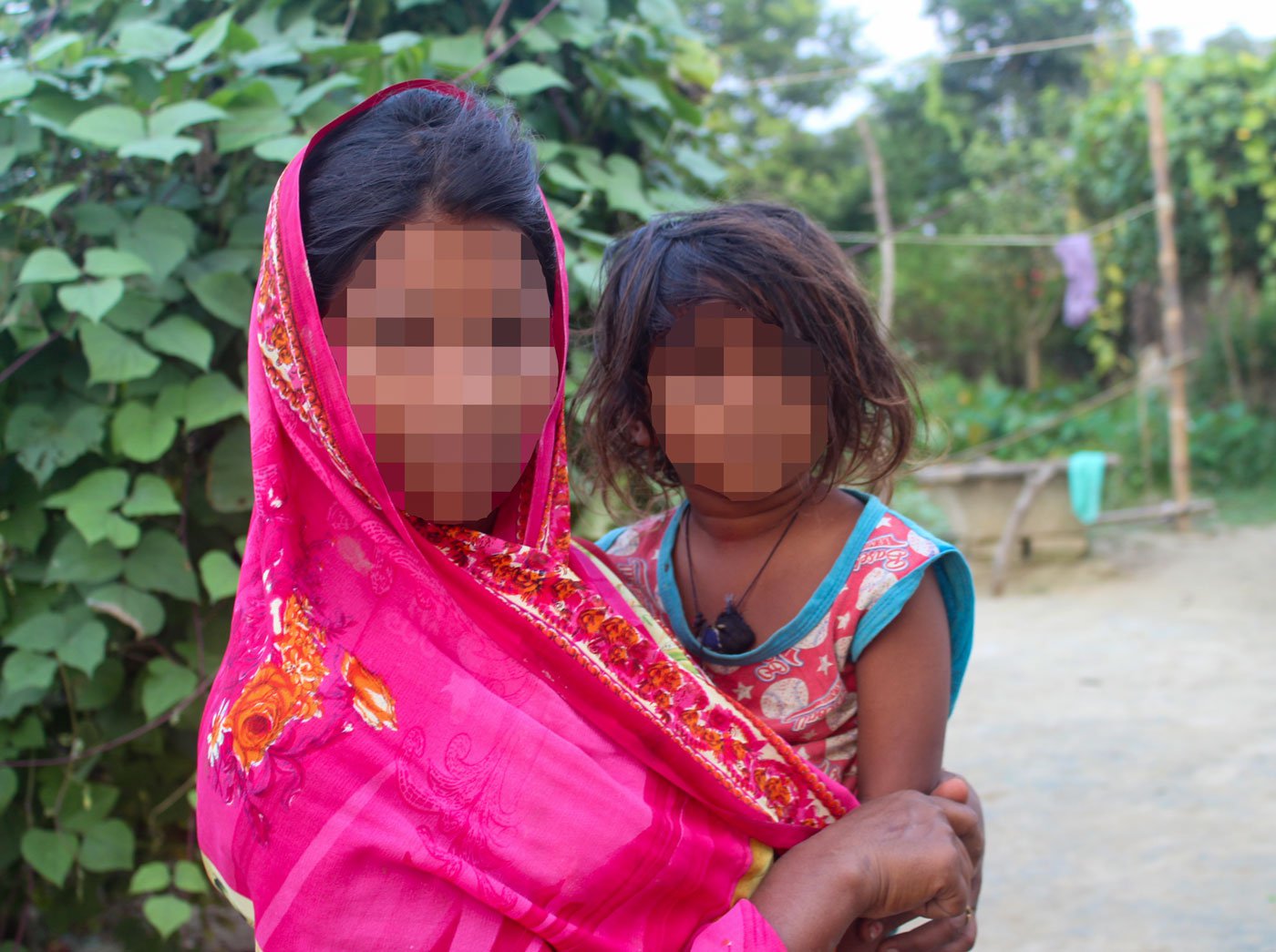 'Only after my third delivery, when the ASHA asked me for money, did I get to know that a thing called birth certificate exists'

“See, earlier I did not know about this janam patri [birth certificate] thing,” says Poonam who went to school only up to Class 6. Her husband Manoj has passed Class 10. “Only after my third delivery, when the ASHA asked me for money, did I get to know that such a thing called birth certificate exists. As I recall, it was some 300 rupees she asked for. I thought it was the normal fee. But then my husband told me that we don’t need to pay anyone for the certificate. Getting it free from the hospital is our right.”

“Kahalkai adhaai sau rupya diyau tauhan janam patri banwa deb [She said I will get the birth certificate made if you give me 250 rupees].” We got it done for our son as she had reduced her demand by 50 rupees. But we could not afford the further sum of 750 rupees which she demanded for getting the certificates done for our daughters as well,” Poonam tells me.

“If we try getting it directly made ourselves, we would have to go to Benipatti [block headquarters] hospital. There, we’d have to pay something to the safaiwali [sweeper]. So money has to be spent either way – whether we pay the ASHA here, or travel all the way to Benipatti,” points out Poonam. “We decided to let it be. We’ll see if those [certificates] will be needed anytime in the future. My husband makes barely 200 rupees a day. How can we spend what would be his four days’ earnings – just like that?” Poonam asks.

Saanti adds, “I even had an argument with an ASHA once. I told her clearly that if we have to pay, we would rather not get the certificates made.”

By then most of Poonam’s neighbours are already leaving for the weekly haat (rural market) in the village, aiming to reach there before it gets dark. “I am waiting for Sonakshi’s father [as Poonam formally refers to her husband],” she says, “so that we can also go and buy some vegetables or fish. I have been cooking dal and rice for three days now, continuously. Sonakshi loves rohu [fish].”

It does seem there are matters more immediate and pressing than birth certificates for daughters.