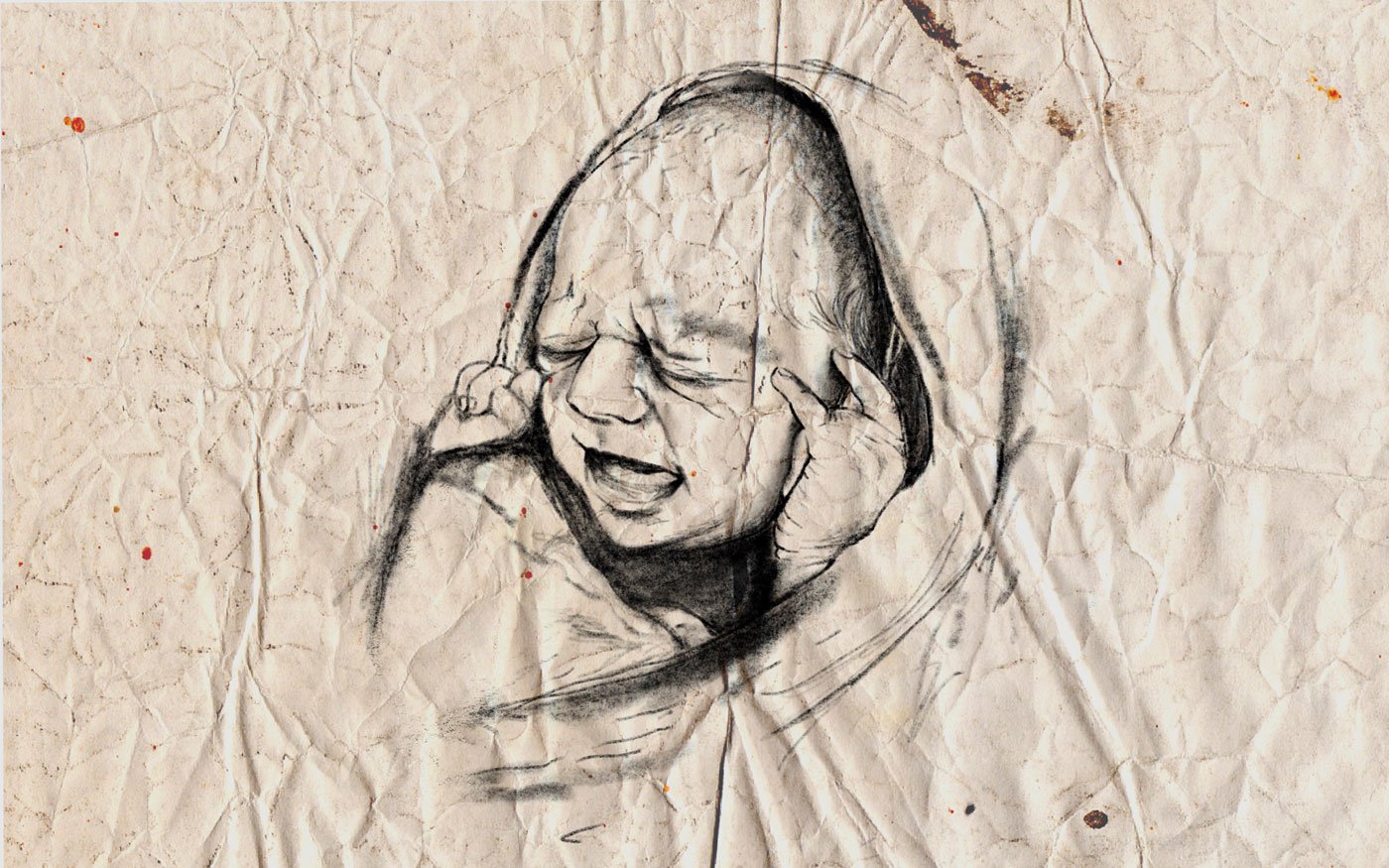 At a PHC in Bihar’s Vaishali district, the ultrasound machine is home to spiders, the staff demands money, and tells a family their unborn baby is dead – making them rush to a private clinic at great cost

“They said our baby had died in the womb. We were scared to death. Then they asked us to leave and go wherever. So then I decided to rush my bahu to a private doctor in the town,” says Sukhiya Devi, recalling how she and her daughter-in-law, Kusum, were treated at the primary health centre (PHC) in Vaishali district headquarters in Bihar.

The 62-year-old agricultural labourer is holding her very much alive granddaughter, one day old, in her arms as she waits in a line at the PHC one morning, around 10 a.m. to get the baby vaccinated.

When her 28-year-old daughter-in-law had developed labour pains, Sukhiya took her to the Vaishali PHC. That’s where an attendant told them the baby was dead. Panic-stricken, she and Kusum returned, in an autorickshaw, to their home in a village (which they requested we not name) some 15 kilometres away. “We went back to our house,” says Sukhiya “and hired a private vehicle, a bolero, to go to a mahila doctor [gynaecologist]. I did not even think of enquiring about the hire charges. I was so anxious about the delivery. With help from my neighbours, I got my bahu in the vehicle. We then started towards the clinic.”

As they wound their way towards a doctor, the baby that was ‘dead in the womb’ came alive in the car.

“She was born right there in the vehicle,” says Sukhiya. It happened quite smoothly, she says. They already had a saree which they used as a sheet, the local medical shop owner (who was accompanying them) had kept some water in the vehicle. “But all this took so much time…” Sukhiya adds.

And it took money. Despite the relatively short distance, the car owner charged the family Rs. 3,000 for the journey – and a further Rs. 1,000 to get someone to clean the vehicle. 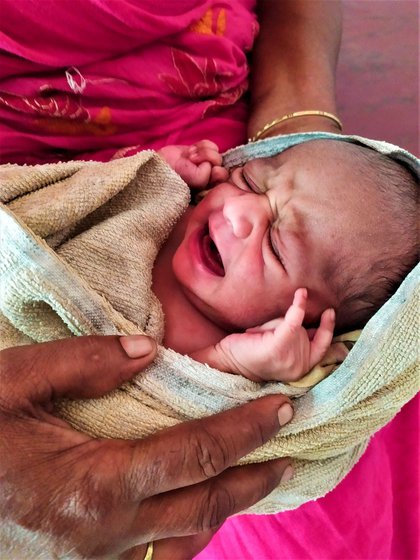 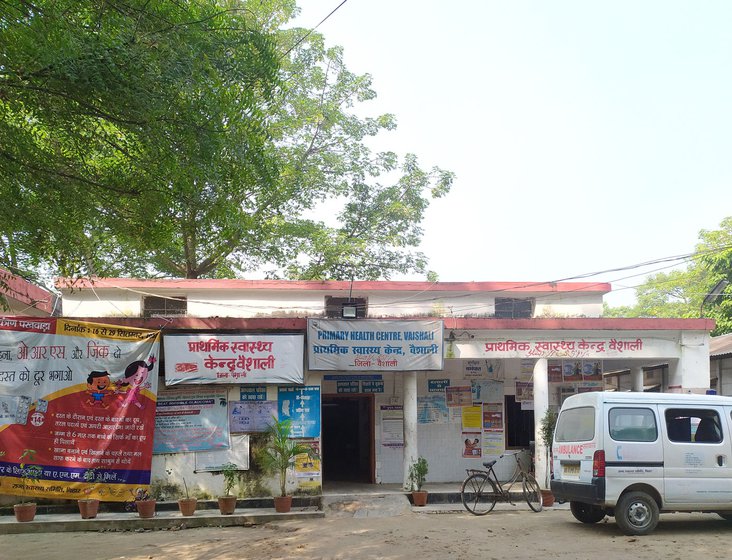 Sukhiya had come to the PHC for the baby's birth certificate: 'These people say that if they don’t get the money, they won’t make the papers'

But what had actually transpired at the PHC? We knew from our own visit to the centre that neither the ultrasound machine nor any other machine there was working. On what basis, then, were they told the baby was dead in the womb? It appears to have been an arbitrary judgement call.

“When we arrived at the hospital [PHC],” says Sukhiya, “it was late at night. They took her to the prasav [labour] room and within five minutes, one of them returned and told me that it’s a very critical case. We had better go to a private hospital, she said. I think it was a dai [birth attendant] who then came out and said that the baby is dead inside the womb. We had not come with our local ASHA worker as it was 11 in the night. So I rushed back home and hired the bolero with the help of my neighbours. The vehicle belonged to someone in the village itself, so we managed to get it within 15 minutes. God knows what would have happened otherwise.”

Sukhiya never thought she would spend Rs. 4,000 on just hiring a vehicle (and its cleaning). “Once we got the vehicle, we picked up a medical shop owner who lives near our village, to accompany us to the doctor. He gave Kusum ‘a bottle’ [an injection and drip] and my bahu delivered then and there [in the vehicle. Then we all went back home.” By then it was after midnight.

I met Sukhiya at the PHC the very next day. She had arrived there to get the baby vaccinated and to get a birth certificate made for her. “These people say that if they don’t get the money, they won’t make the papers,” she said.

In essence, staffers at the PHC were demanding money to issue a birth certificate for a child they had declared as dead in the womb the previous day. 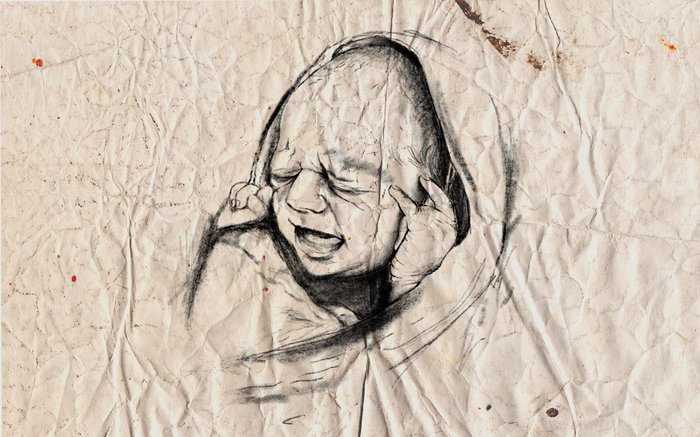 'They took her to the prasav [labour] room and within five minutes, one of them returned and told me that it’s a very critical case. We had better go to a private hospital, she said'

“Everyone demands money. Whatever amount comes to their mind. I gave 100 rupees to one person, then 300 to another to get the paper [birth certificate] made. Then I had to give a further 350 rupees to another woman,” she says. “Earlier, this sister, who’s wearing a red saree,” she points towards an auxiliary nurse midwife (ANM) standing nearby, “she demanded 500 rupees and said I wouldn’t get the paper otherwise.” Sukhiya, though, finally paid the money to the others.

“See, I don’t know much about these papers. I have three children but didn’t get it made for any of them. But nowadays they tell me it’s important,” says Sukhiya.

“I have two sons and a daughter. The eldest is this baby’s father. My younger son’s marriage has also been finalised and my daughter is the youngest of all. She is unmarried and she stays with me. Their father [an agricultural labourer] passed away while they all were little kids.” Sukhiya bends down, lowering her hands towards her knees to show me how small the children were when her husband died.

“I worked many years in the fields of others to feed and raise my children,” says Sukhiya. Now her sons send remittances home, and she looks after two grandchildren (including the latest arrival), their mother Kusum, who is a homemaker, and her own daughter.

“Both my boys work in a ‘company’ she says, for private contractors. “The younger one lives in Mumbai and makes electricity boards. And this baby’s father [34 years old] works as a craftsman doing plaster of paris work for building interiors in Punjab. Neither of my sons could come home during the lockdown,” Sukhiya’s voice becomes heavy. She pauses. 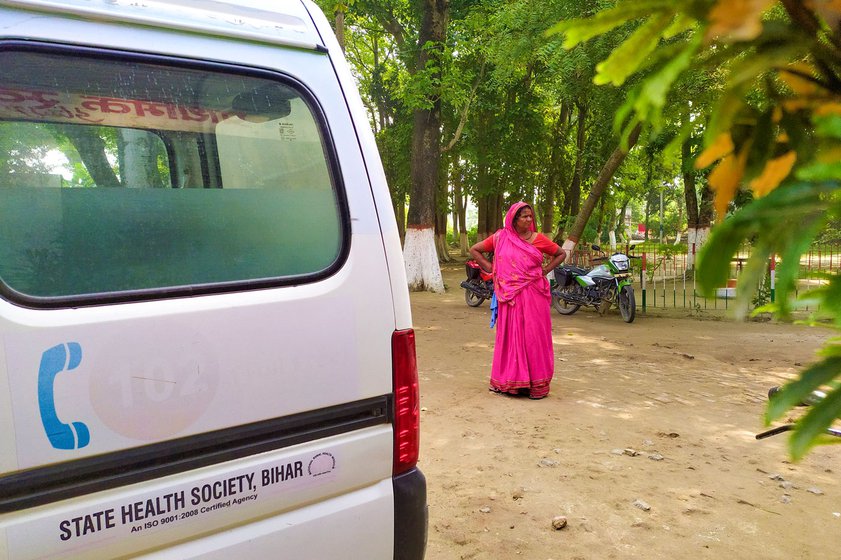 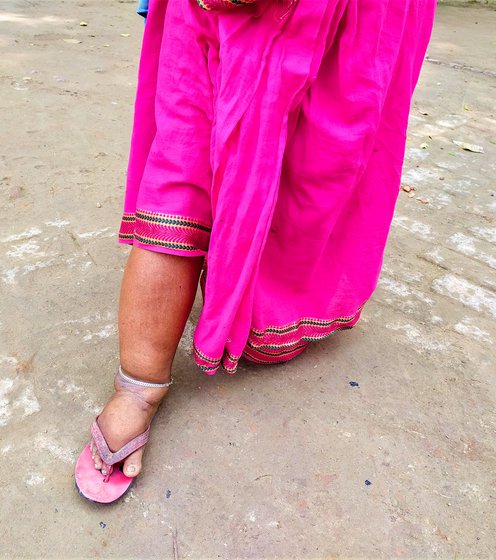 Sukhiya (who suffers from filariasis) waits for Kusum and her grandchild, who have been taken inside the vaccination room

“I got my elder son married, five years ago. This is their second child. My elder grandson is three and a half now,” she says, referring to Kusum’s first child, Prabhat, who was born at the same PHC. Sukhiya was standing in the PHC premises while Kusum lay in the post-natal care room. On Kusum’s left is a white wall – turned half-red from paan that people have spit on it over ages. Photography is strictly prohibited in the ward. On the right side of Kusum’s bare bed is an ultrasound machine which is now home to spiders. “It stopped working last week and the sweeper has not even cleaned it,” the ANM on duty says.


In her last month of pregnancy, Kusum had gone to a private hospital for an ultrasound check – on the advice of staff at the PHC. But “later, when we came here for the delivery, they sent us away, causing us great difficulty,” says Sukhiya. At no point in our conversations was Kusum, traumatised and under sedation, in any condition to speak with us.

Sukhiya, who suffers from filariasis (one of her legs is swollen almost double the size of the other), says: “It stays like this always. Standing for a long time is a challenge for me. I cannot walk much. The pain goes only till I have had the medicine. But I have to do everything with these legs. Now that I am here, I should also get some medicine for myself. I am running out of it.”

With her older grandchild in her arms, she limps off towards the dawa vitaran kendra (medicine distribution centre) of the PHC.