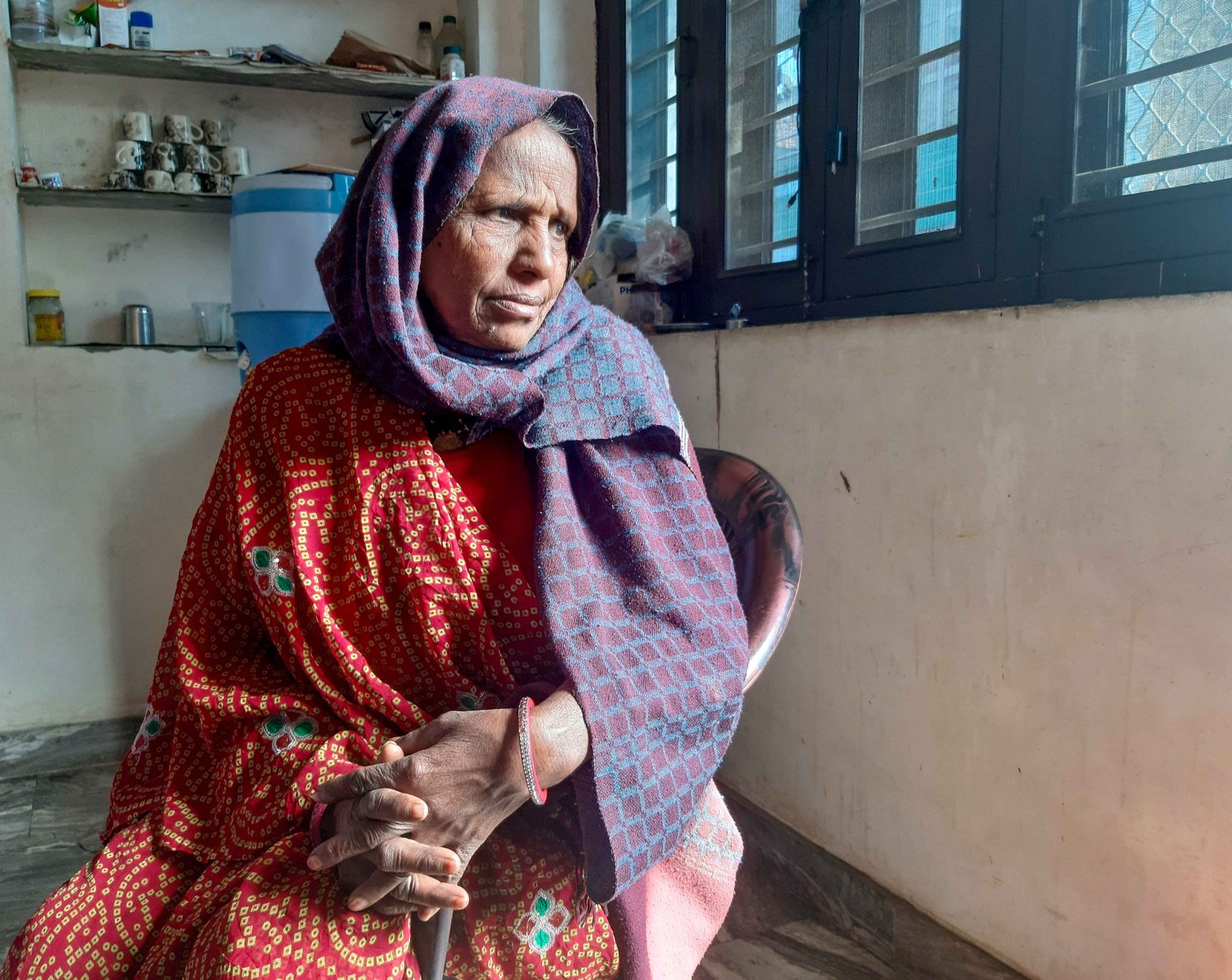 In Dariba: Brand them witches, grab their land

For 15 years, Bholi Devi has fought the stigma of being branded a 'dayan' in Bhilwara district. The harassment drives many women in Rajasthan to loneliness and poverty, and is often a ploy to take over their property

Fifteen years have passed since the day in January 2005 when Bholi Devi Vishnoi was branded as a dayan in Dariba. That day, three women in this village in Rajasthan accused Bholi of practicing witchcraft and making their children sick. They called her a witch in front of the entire village, alleging that she entered others’ bodies and caused illness.

Bholi and her family were forced to leave their home four months after the incident. They moved to Bhilwara city, 14 kilometres from Dariba, their village of around 500 households in Suwana block.

Bholi, now around 50 and a farmer and homemaker, says that she does not believe in witchcraft. But the label of ‘ dayan ’ (also ‘ dakan ’), custom dictates, will remain stuck to her until the women who accused her agree to accept prasad (ritual offerings) from her and “exonerate” her, she explains.

For long, Bholi tried everything to appease them at the behest of her relatives and others in the village – from going on pilgrimages to Pushkar, Haridwar and Kedarnath, and bathing in the Ganga, to observing fasts on auspicious days. She was told that these actions would release her from the stigma of being called a witch.

“After the pilgrimage and fast, following our traditions, a few couples are invited for a feast. But no one turned up to eat at my house,” says Bholi. Her family arranged meals at their home and in the village during local festivals, hoping to end the boycott. Bholi estimates that over the years they must have spent more than Rs. 10 lakhs on the feasts.

The boycott Bholi faced is not rare in Bhilwara district, says Tara Ahluwalia, who lodged the first information report (FIR), through a court application, on behalf of Bholi and her family a few days after the incident in 2005. Ahluwalia is a social activist based in Bhilwara town. 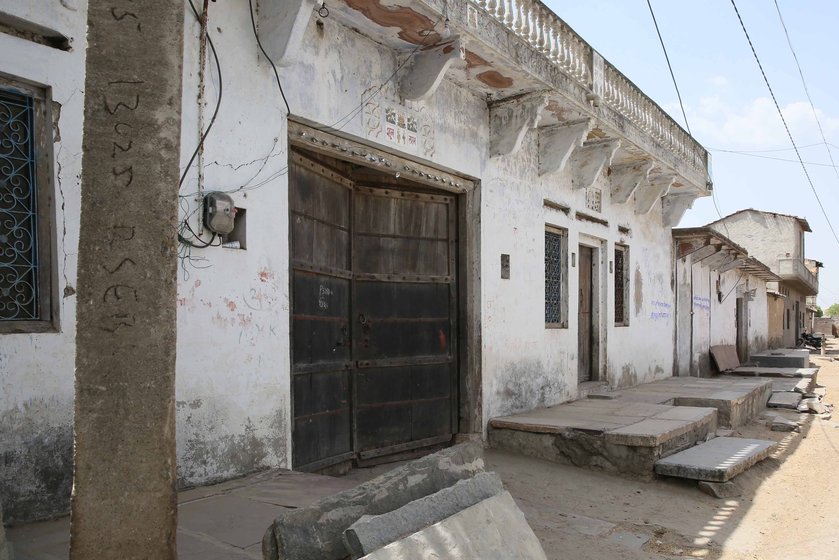 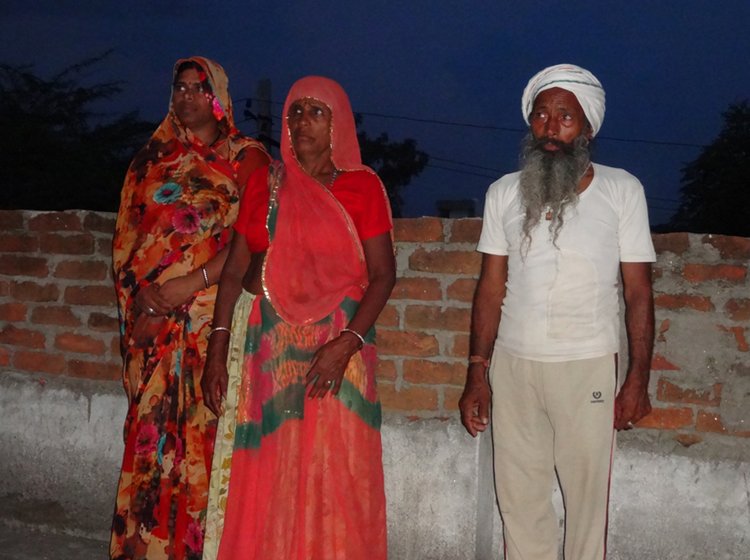 Left: Bholi and her family were forced to leave their home in Dariba village four months after the incident. Right: She moved with her husband Pyarchand (right) and family (including daughter-in-law Hemlata, on the left) to Bhilwara city (photograph taken in 2017)

The FIR, registered on January 28, 2005, stated that seven members of a family had branded Bholi a witch with the malicious intention of grabbing her family’s land of three bighas (1.2 acres) in Dariba. Like Bholi’s family, the family of her harassers also belongs to the Vishnoi (or Bishnoi) community, which is listed as an Other Backward Class (OBC) in Rajasthan. Bholi’s husband, Pyarchand Vishnoi, says that for many years the other family had been demanding access through his fields, which he had leased out for sharecropping, to reach their farm. When he refused and told them to take another route, it stirred up a heated debate that eventually led to Bholi being called a dayan .

Bhilwara district’s Superintendent of Police, Harendra Kumar Mahawar, observes that witch-branding cases are not always what they seem. “Most of them are false and rooted in land disputes. This practice arises out of the social traditions in this area,” he says.

Often, the influential people of a village cite witchcraft to victimise a woman, especially a widow or single woman incapable of fighting a legal battle financially, and this is usually a ploy to grab her land, adds Ahluwalia, who is the founder of Bal Evam Mahila Chetna Samiti, a non-governmental organisation, and has been campaigning against the practice of witch-hunting in Bhilwara district since the late 1980s.

Family enmity and rivalries also drive such accusations against women. And since these cases were regarded as social problems in the past, they were handled by the gram panchayat . “The panch ( panchayat members) have also played a role in promoting this practice and declaring women as witches,” Ahluwalia says.

In April 2015, after a 25-year-long campaign by activists, the government of Rajasthan passed the Rajasthan Prevention of Witch-hunting Act. The law declared witch-hunting as well as witchcraft as crimes, punishable by prison sentences and fines – for witch-hunting, from 1 to 5 years imprisonment, or Rs. 50,000 or more as fine, or both. 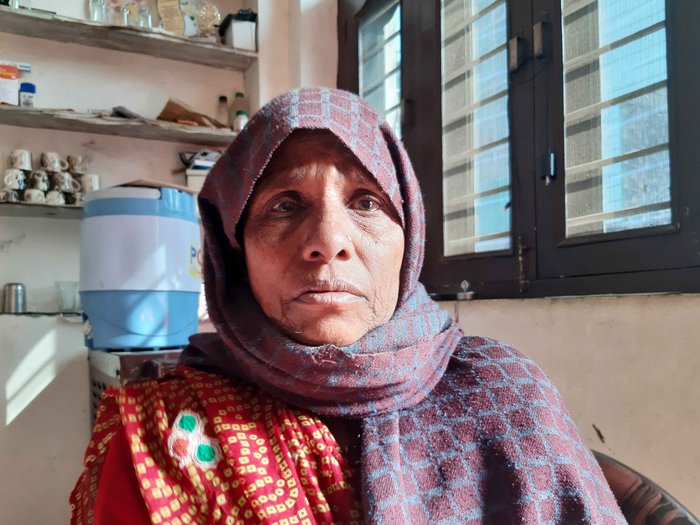 Across Rajasthan, 261 witch-hunting cases have been registered since the law was passed in 2015. However, the police issued chargesheets in only 109 cases – and till today no one has been punished

According to data compiled by the Rajasthan police, after the law came into effect, 75 cases were registered in Bhilwara district alone. (Mahawar notes that 10-15 such complaints come to the police every month but may not translate into cases). Across Rajasthan, 261 witch-hunting cases have been registered since the law was passed – 12 cases in 2015, 61 in 2016, 116 in 2017, 27 in 2018 and 45 cases until November 2019. However, the police issued chargesheets in only 109 cases.

“The law is not being implemented on the ground. That is why till date no one has been punished for witch-hunting in all of Rajasthan,” explains Ahluwalia. She adds that police personnel in rural areas are sometimes not aware of the law, and classify witch-hunting cases as just a quarrel.

Bhilwara-based activist Rakesh Sharma, who is associated with the Dalit Adivasi Evam Ghumantu Adhikar Abhiyan, Rajasthan, agrees that the police don’t investigate such cases properly, and even fail to register cases under the correct sections of the Indian Penal Code. Some policemen accept bribes from the accused to weaken cases, alleges Sharma. “There are two facets of this practice – social and legal. If social malpractices make a woman a witch, then it is the duty of the law to punish the guilty. But unfortunately this is not happening. The police are not doing their job properly, so no victim has been rehabilitated and no accused has been proven guilty.”

Bholi’s case has been stuck in the lower court since it was filed. “We went to court [Bhilwara district court] about 4 to 5 times. Initially, a government lawyer was made available, but later the hearings stopped because the accused did not attend any of them,” says Pyarchand. Bholi’s case was last heard by the court in April 2019. 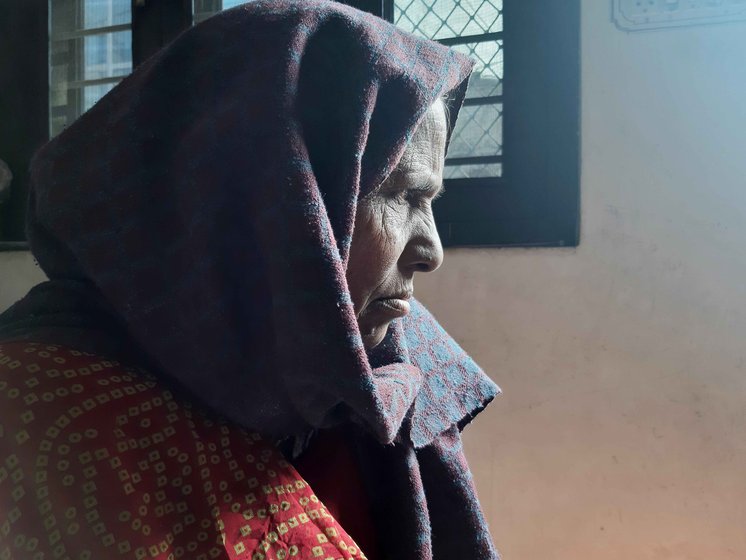 In 2006, Pyarchand, now 68, took voluntary retirement from his job as a teacher at the government primary school in Kumariya Khera village, 18 kilometres from Dariba. He did it to try and escape the contempt and stigma of his wife being branded a witch. He was earning Rs. 35,000 a month then. The money for the various conciliatory village feasts that he and Bholi arranged came from his savings, as well as from the earnings of their three sons.

The family moved to Bhilwara city, but their troubles followed them. On August 14, 2016, a neighbour beat up Bholi alleging that she had performed black magic and given her knee pains. The neighbour had read a news article about Bholi in a local newspaper that day and discovered that she was branded a witch in Dariba.

"People from my village as well as neighbours in the city have marked me with this stigma. And because of that, my daughter-in-law Hemlata was also called a witch. She faced ostracism for 12 years and has been accepted back into society on the condition that she will have no relationship with me,” says Bholi. Her son Omprakash, Hemlata’s husband, and their four children are prevented from meeting her too.

For 35-year-old Hemlata, her maternal home in Bhilwara also became off-limits after she was tagged as a witch. “When I went there, I was treated like an untouchable. When news about my mother-in-law was published in a local newspaper, it affected my family too. The people of the colony cut their ties with me,” she says. But Omprakash, 40, who works in a tractor manufacturer’s showroom in Bhilwara, earning Rs 20,000 a month, supported her and his mother, she adds. Hemlata herself earns Rs 15,000 teaching in a private school in the city.

In 2016, the situation compelled Bholi and Pyarchand to rent a house for Rs. 3,000 a month in Jawahar Nagar in Bhilwara, though Pyarchand has a house in the same colony, which he inherited from his father. Omprakash, Hemlata and their children continue to live in this family house. Bholi and Pyarchand manage their expenses from his pension, and Pyarchand also farms on the 1.6-acre farmland that he owns near Bhilwara town, where the family grows mustard and gram.

“None of our relatives come home to meet us, not even from my maternal home,” says Bholi. Due to the stigma, she says, even the wives of her two other sons, Pappu, 30, and Sundarlal, 28, deserted their husbands. Sunderal now lives in Jodhpur, where he teaches in a college, and Pappu works on the farm with his father and lives in Bhilwara with Omprakash. 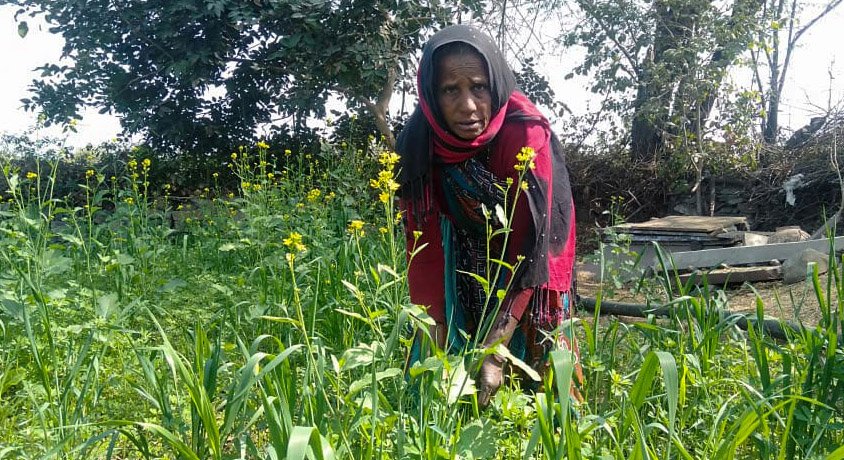 'People from my village as well as neighbours in the city have marked me with this stigma', says Bholi

Though Bholi’s family has stood by her, many victims of witch-hunting are pushed into lonely lives, often without family support. “In the last two years, seven women in Bhilwara’s villages have died after being declared witches,” says Ahluwalia. She believes that though their deaths were from natural causes, they were also driven by mental stress, loneliness and poverty.

In rural areas, there is no greater pain than social isolation, adds Hemlata.

Witch-hunting and witchcraft enable people to invent stories and create fear, explains Dr. Rajeev Gupta, a retired professor of Sociology at the University of Rajasthan in Jaipur. “The practice has many elements of fear and insecurity. That is why society also hesitates to talk to the victim. This fear and insecurity reaches the next generation too,” he says.

But Rajasthan’s minister for Social Justice and Empowerment, Master Bhanwarlal Meghwal, seems oblivious of the practice – in a  state where it has existed for long and is legally a crime since 2015. “It is not good to treat women like this," he says. “But I am not aware of the matter. I will talk to the [concerned] department.”

And the wait for justice remains long for Bholi. With tears in her eyes, she asks, “Why is it that only women are labelled as witches? Why aren’t men?”

Translated from Hindi by Shafique Alam.