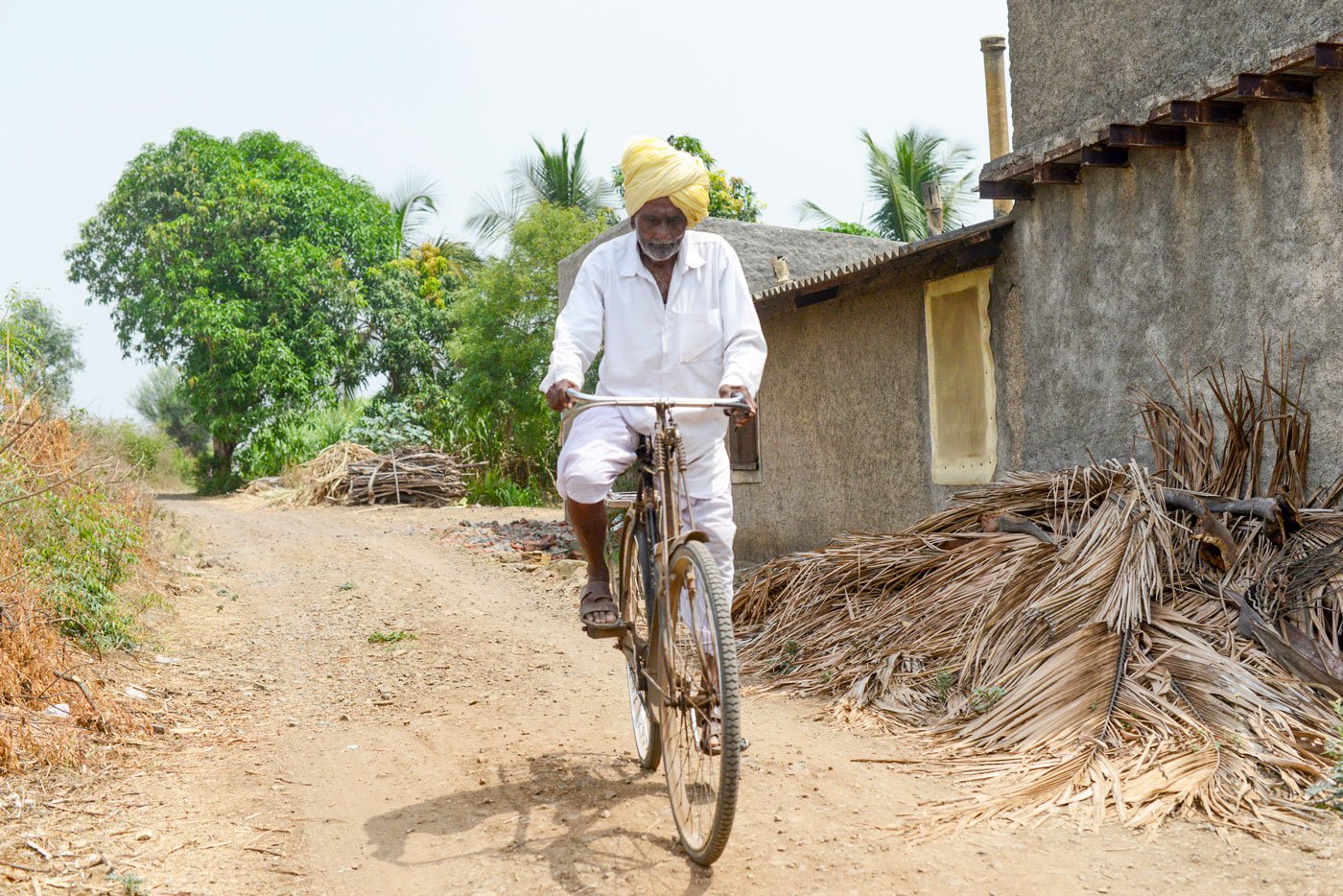 The 101-year-old was one of India’s last living freedom fighters. He was a courier for the 1943 revolutionary underground in the Toofan Sena in Sangli district. He also daily rode a cycle till his last months

Ganpati Bal Yadav cycled off into the sunset last week. The freedom fighter and underground courier for revolutionaries had completed his century and was batting on 101 when, after a brief illness, the man who did anywhere between 5-20 kilometres a day on his ancient bicycle right to his last months, peddled off to that great velodrome in the sky.

The day we met him in 2018 – he was then 97 – he had cycled close to 30 kilometres, in search of us. ‘Us’ being the PARI team that was late, but desperate to get him to share his riveting story with us. That it was mid-May, that he had been on the road for hours, and that his bicycle looked a museum piece seemed not to bother him. That man has gone, but his story remains: Ganpati Yadav’s gripping life cycle .

Ganpati Bal Yadav, born in 1920, was a freedom fighter in the ranks of the Toofan Sena (Whirlwind Army), the armed wing of the prati sarkar or provisional, underground government of Satara that rose in arms and declared independence from British rule in 1943. He participated in their actions against the British Raj. ‘Ganpa Dada’ was also part of that dream revolutionary team that pulled off the great train robbery at Shenoli in Satara district on June 1943 led by G. D. Bapu Lad and ‘Captain Bhau’.

Mostly, for years, as he told us: “I delivered food to our leaders (hiding in the forest). I would go to meet them at night. There would be 10-20 people with the leader.” Discovery would have led to him – and all those 20 – being executed by the British. Yadav on his cycle served as the underground’s meals on wheels of that time. He also carried critically important messages between revolutionary groups. 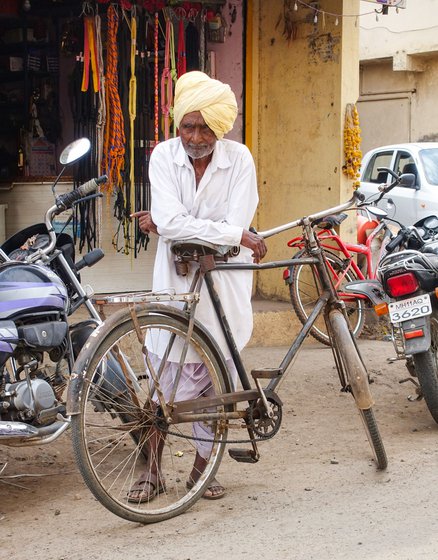 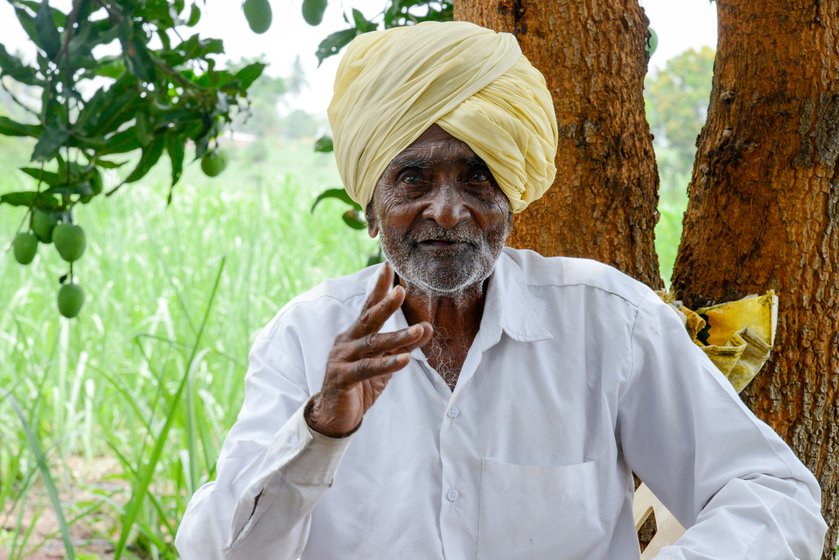 I’ll never forget that bit about his cycle. I kept staring at the old machine, the type still used by egg-vendors, pavwallahs , dhobis and others delivering services to homes in villages, even cities. It was the one time in the conversation he frowned. This bike, he said, was “only” a quarter of a century old. Someone had stolen his earlier one, that he much loved and had used for nearly 55 years. I wondered if that someone had been a shady antiques dealer.

We had been introduced to Ganpati Yadav by our friend, the journalist Sampat More, at whose grandfather’s house in Shirgaon village in Maharashtra’s Sangli district we first met him. Then we moved to his own village, Ramapur, 5 kilometres away, and had a conversation running to many hours. He didn’t quite follow why his cycling at 97 was such a big deal to us, but courteously cycled about a further half hour on our request, with PARI Fellow Sanket Jain and our video editor Sinchita Maji straining to record his routine well. Sanket lying flat on the road – more a dirt track, really – along which he daily cycled. Sinchita riding pillion on a scooter, but in reverse position. Which meant that while the scooter moved ahead of him, she could film Ganpa Dada cycling along the road he always did, every day.

PARI’s Bharat Patil and Namita Waikar served as astute interpreters in that interview, each moment of which remains unforgettable to me.

Sampat tells me that every time he ran into the old gentleman for the next two years, he would say that I and the PARI team had “made me famous. I was a nobody, just a courier in the freedom struggle. But they saw my role as important and treated me with such great respect.” He was deeply touched – and this was so important to him – by the recognition the story brought him in his own village and region. 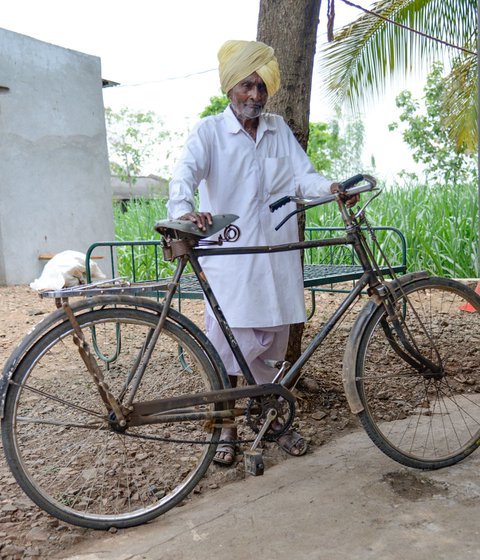 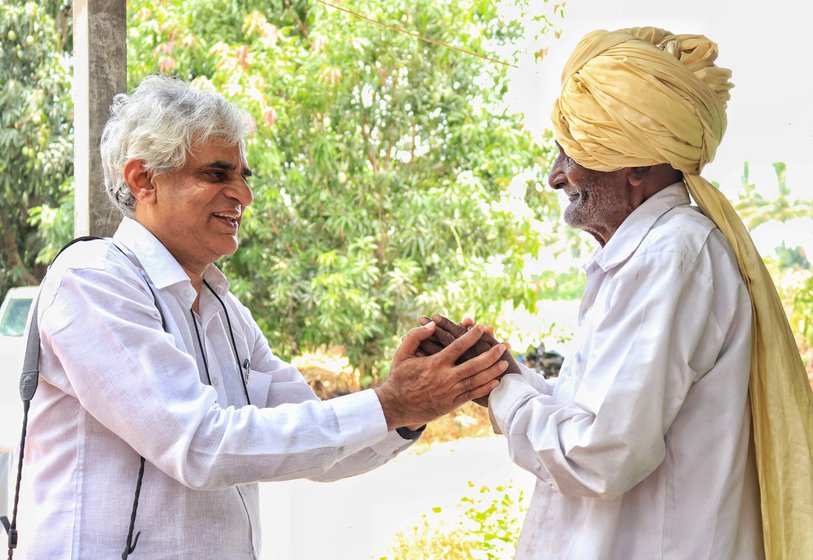 When it was time to part, Dada (Ganpati Bal Yadav) knew only from the body language that this man is now going. Dada was overcome with emotion

That humility is a quality I’ve found in many of India’s last living freedom fighters: there’s a level at which they know well that they, their time and their world was very special. Yet, there’s another level where they simply say they did what they had to, their duty – with no expectation of reward. Many like Ganpa Dada never accepted the pensions the Indian state conferred on them in 1972.

I really wish all our readers and others would frequently visit our special space for India’s last living freedom fighters . In five years, there will be none left alive. The coming generation will never have the chance to see, speak or listen to those who brought this nation Independence, freeing India from the yoke of British imperialism.

Now he’s gone, one more departure from India’s fast-disappearing Golden Generation. We at PARI – who are really proud he chose to tell us his story – mourn his passing but celebrate his life. A farmer who continued to cultivate actively to his 100th year. A man who, just as I was leaving, said he had something he wished to give me with his own hands, in his own one-room house on the larger family compound. That was a cup of fresh milk. At that point, both of us were really emotional.

No one portrayed that moment better than Sampat More who later wrote: “Sainath sir was speaking in English while Ganpa Dada spoke in Marathi. But when it was time to part, Dada, who cannot understand English, knew only from the body language that this man is now going. Dada was overcome with emotion. He stood up and held sir's hand in his own and held it tight. Dada' s eyes were brimming. Sir too held Dada's hand for a long time, and we could see that both men spoke without the need of any language.”