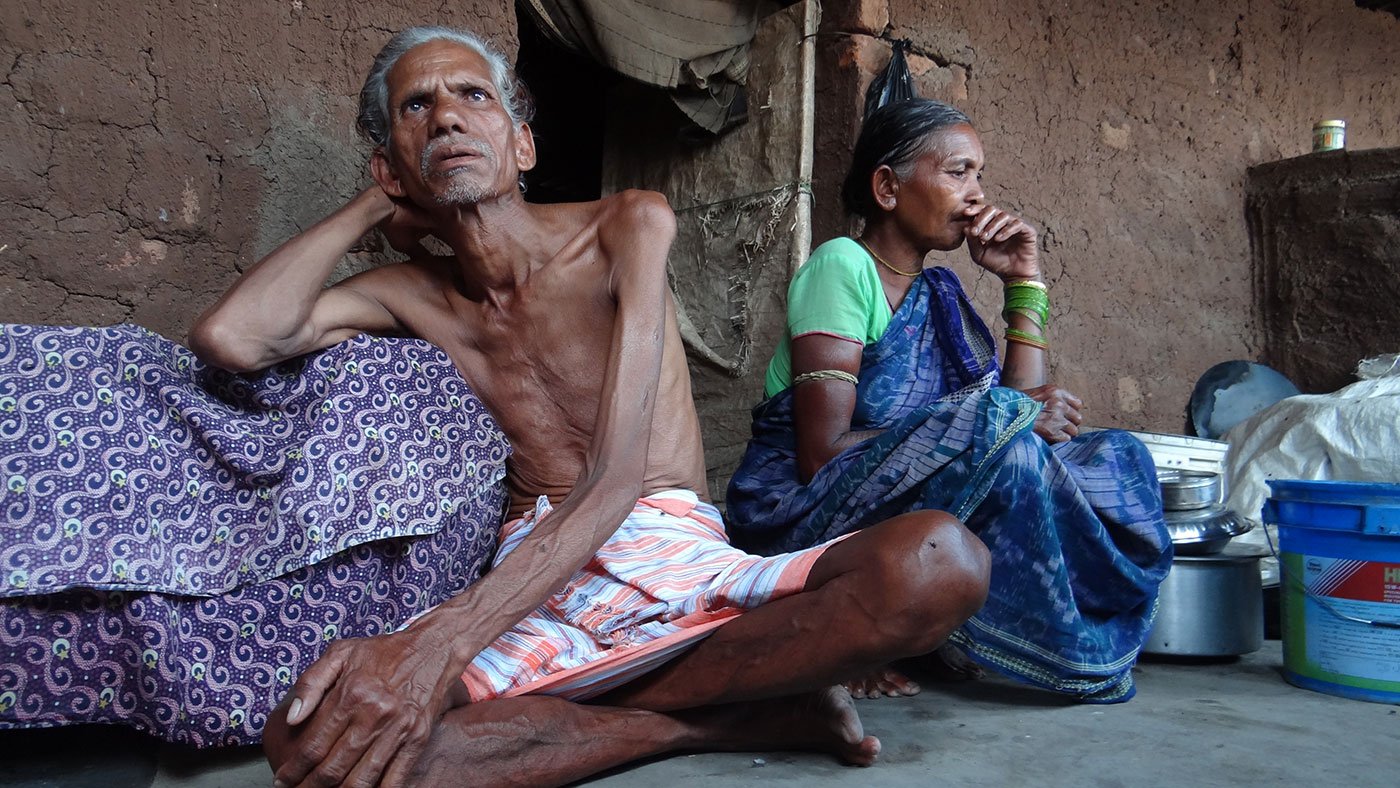 The Dharuas, elderly marginal farmers from Odisha’s Bolangir district, migrated to work at a kiln in Hyderabad. The strenuous labour made them want to return home, but the kiln owner refused to let them go

“I am cooking food for the people who have brought us here. My husband is helping them in making bricks,” says Urvashi, who we come across in the brick kilns of Hyderabad.

We are surprised to see Degu Dharua, around 61, and Urvashi Dharua, around 58, at the kilns. The couple is from Pandrijor village in Belpara gram panchayat in western Odisha’s Bolangir district. This is among the poorest parts of the country.

People in western Odisha – from where I have been reporting extensively for over two decades – have been migrating for more than 50 years.  The region was infamous for starvation, hunger-driven deaths and the distress sale of children – among other outcomes of poverty and policy.

In 1966-67, a famine-like situation drove the migration. In the ’90s, when there was a severe drought in Kalahandi, Nuapada, Bolangir and other districts, it again pushed up migrations. At that time, we had noticed that those who could do manual labour went to other states in search of work, while the elderly stayed back in the villages.

“They were left behind because of many reasons. Those who left the village had to work hard. The brick kilns [where many migrants find work]  require work day and night, and old people cannot work so hard,” says Bishnu Sharma, an advocate and human rights activist who has closely observed Odisha migrations for decades. He is based in Kantabanji in Bolangir district – Kantabanji  is the main railway station from where people take the train to migrate to various destinations, including the brick kilns of Telengana and Andhra Pradesh.   “So no [kiln] owner would pay advance money [for elderly workers],” Sharma adds. “They also stayed back to look after the home, the kids left behind and to collect the rations. And those old people who had no one, they suffered.”

But over the decades, the distress conditions of the 1966-2000 period have improved to some extent, mainly due to social security schemes, including pensions for the elderly and for widows. And for a decade at least there have been no reports of starvation-related deaths. This is largely due to the Rs.2 per kilo subsidised rice scheme launched in Odisha since August 2008 for people living below the poverty line, which was lowered to Re. 1 in 2013 ( for up to 25 kilos per family per month).

So what made Urvashi and Degu Dharua come to Hyderabad looking for work at the kilns, when even in the distress decades people their age didn’t migrate to do such hard manual labour?

“We have two daughters and both are married. Now we are lonely… We are marginal farmers [growing paddy or cotton, and the crop didn't do well this year].  And no one is there to look after us…” Urvashi says.

The advance is usually against five to six months of work – people from the villages come to the kilns after the harvest (around January-February) and return before the monsoon starts, around June.

“After coming here and because of my age and poor health, I changed my mind,” Degu says. “I wanted to refund the advance money to the labour contractor and return to our village since it is very hard work here. But the kiln owner refused to accept our proposal. Instead, I was asked to provide a replacement. From where we will get one? So we are struggling here.”

The makeshift tenements where the labourers live. Many remain trapped at these sites because of the advance payment they take to work for six months of the year

While he talks, Degu is helping the younger labourers from his village to dry the bricks, and Urvashi is cooking lunch – rice and a vegetable – for the group on a wood fire, inside makeshift houses the workers have built near the kiln.  The Dharuas tell us about their problems only after a long conversation.

We later visited a few more brick kilns in Telengana, but did not come across an elderly couple in any of them.  “They look so weak,” Sharma said about the Dharuas, “and now they are in this trap [having taken an advance]. This is pathetic and the reality of migration.”