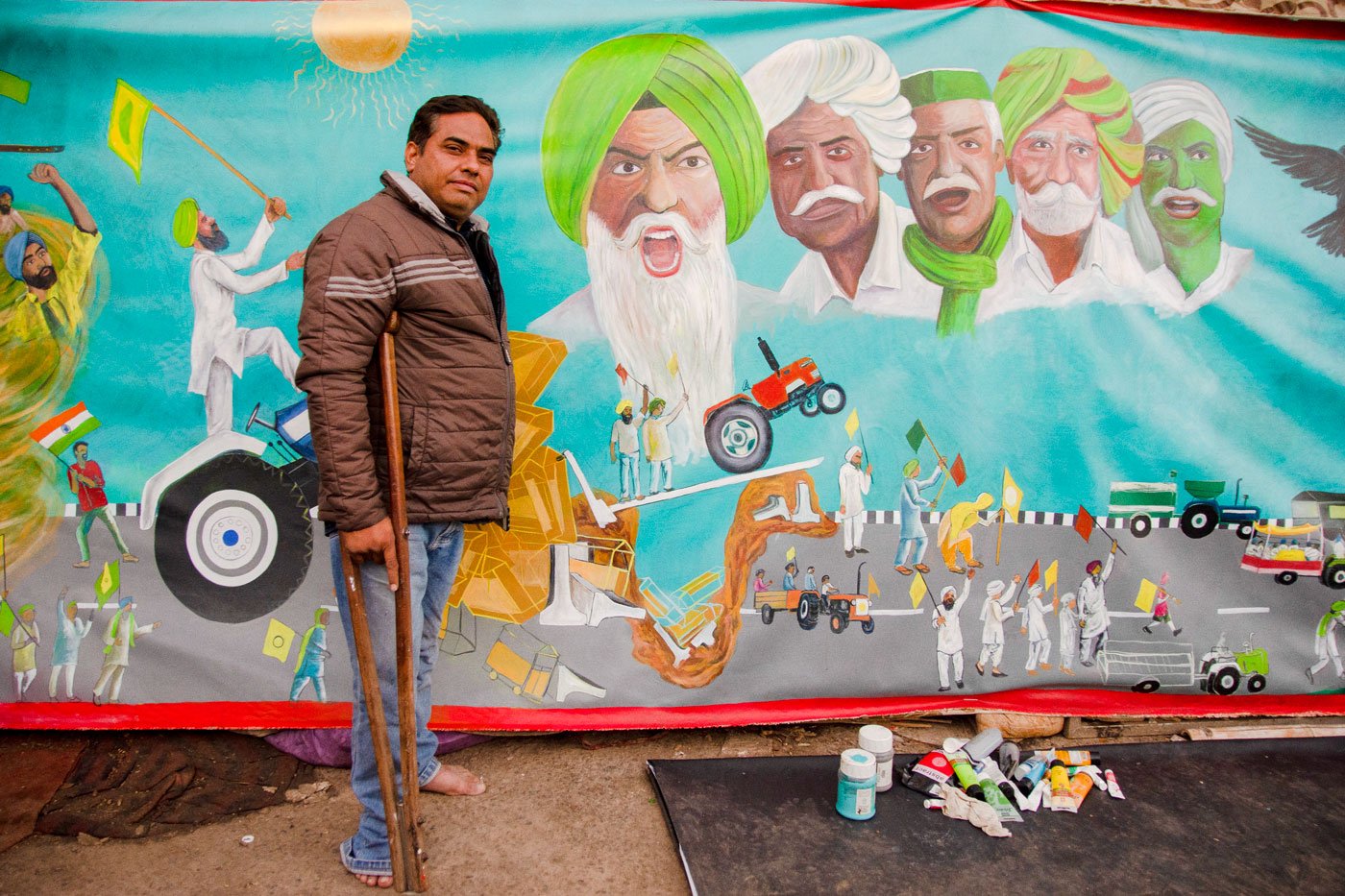 From Punjab to Singhu: painting a protest

Close to where Praveen Kumar is sitting with his crutches on a scooter, a brush in one hand, talking to people around him, is a large canvas – 18 feet in length – on which he has painted images from the farmers’ protest at Singhu.

Praveen has travelled some 300 kilometres to Singhu from Ludhiana, where he is an art teacher and artist. He reached the protest site at the Haryana-Delhi border on January 10, compelled, he says, to make his contribution.

“It’s not that I’m seeking publicity, god has given me a lot, I have no tensions on that front. What makes me happy is that I am now a part of this agitation,” he says.

“I am 70 per cent disabled,” he adds, pointing to his leg, which was paralysed by polio when he was three years old. Neither that, nor the initial displeasure of his family, deterred him from making the journey to Singhu.

Praveen, 43, began the painting the large canvas in Ludhiana and brought it along to Singhu where he continued to work on it – sitting on a street amidst the protestors – till it was ready. 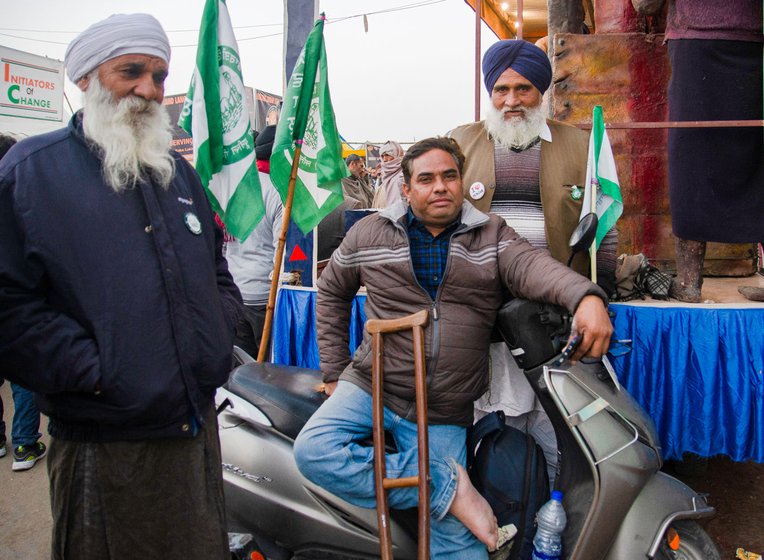 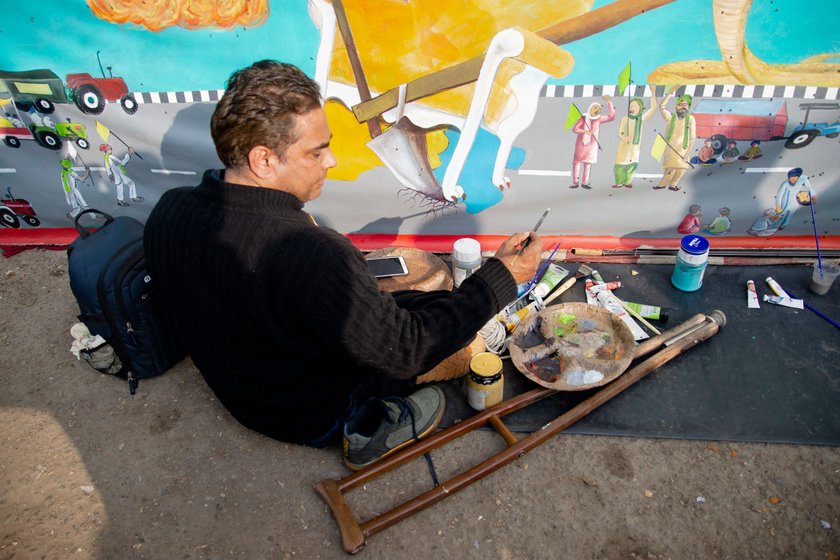 Praveen Kumar, whose painting covers the stages of the protests, says, 'What makes me happy is that I am now a part of this agitation'

At Singhu and other protest sites on the borders of the capital city, lakhs of farmers have been protesting against three farm laws, first issued as ordinances on June 5, 2020, then introduced as farm bills in Parliament on September 14 and rushed through to become Acts by the 20th of that month.

The protesting farmers say these laws will cause widespread ruin – The Farmers’ Produce Trade and Commerce (Promotion and Facilitation) Act, 2020 ; The Farmers (Empowerment and Protection) Agreement on Price Assurance and Farm Services Act. 2020 ; and The Essential Commodities (Amendment) Act, 2020 . The laws have also been criticised as affecting every Indian as they disable the right to legal recourse of all citizens, undermining Article 32 of the Indian Constitution.

Praveen’s paintings cover the stages of the protests that have followed in the wake of these laws. The canvas is an episodic portrayal of this agitation – from the day the farmers began blocking railway tracks, through the period when they faced tear-gas and water cannons, to the present day, when they remain resolute at the borders of Delhi.

He has worked painstakingly on the canvas, but wants to expand it further in time, and says, “I want to take this to its final conclusion” – to the success of the protest and a repeal of the farm laws.