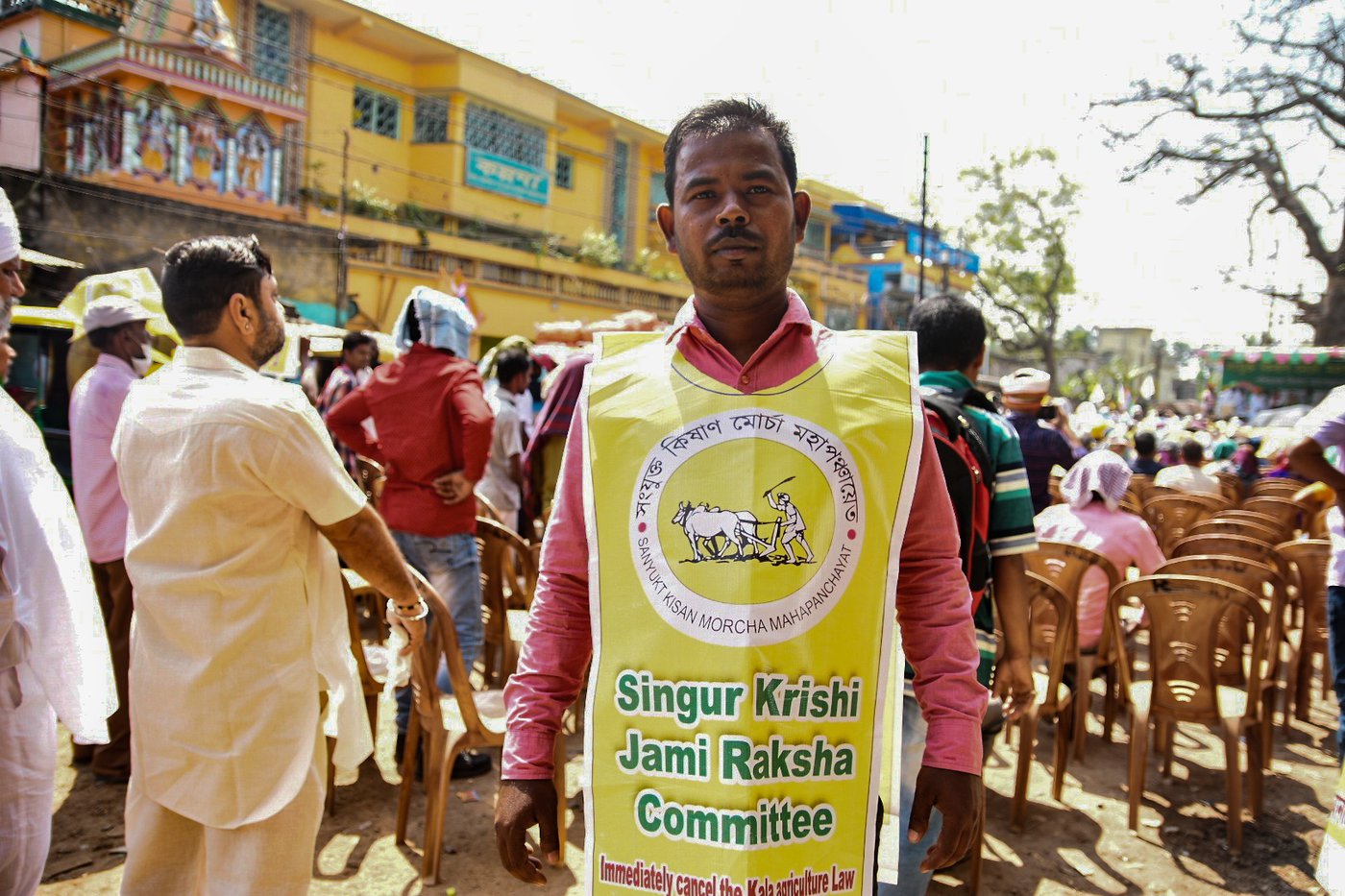 Reaching across from Singhu to Singur

The collective of farmers and unions protesting against the three farm laws at the borders of Delhi arranged meetings in West Bengal in mid-March. This is a report from the gathering at Singur in Hooghly district

“Many farmers in Bengal aren't aware of these laws. So I have brought a few people from my village to listen to the leaders here, understand what they say and then tell their neighbours and friends after they go back home today,” said Subrata Adak.

The 31-year-old farmer had come a protest meeting in Singur on March 14 from his village, Bara Kamalapur, around 10 kilometres away. Leaders of the Samyukta Kisan Morcha, the collective of farmers and unions agitating against the three farm laws at the borders of Delhi, had come to West Bengal in mid-March to generate greater awareness about the hazards of the laws. Besides Singur, they held meetings in Asansol, Kolkata and Nandigram.

At the small gathering in Singur, held in the Nabapally locality from 11 a.m. to 1 p.m., estimates vary of the number of farmers and supporters who turned up – between 500 and 2,000. The town, around 40 kilometres northwest of Kolkata, saw a landmark agitation in 2006-07 against the acquisition of around 997 acres of farmland for the Tata Motors’ Nano car factory. A Supreme Court order in 2016 directed the state government to return the land to the farmers, but most of it remains barren today.

"Being a farmer myself, I know the situation of agriculture in India,” added Subrata, who cultivates potatoes and onions on eight bighas of land (1 bigha equals 0.33 acres in West Bengal). “Even in pre-Independent India, the British exploited indigo farmers. The current government is bringing in the same situation again. The expenses of farming potatoes have gone up, the cost of seeds has gone up. How do we survive if we don't get the money for all this hard work and the corporates get the actual benefit? 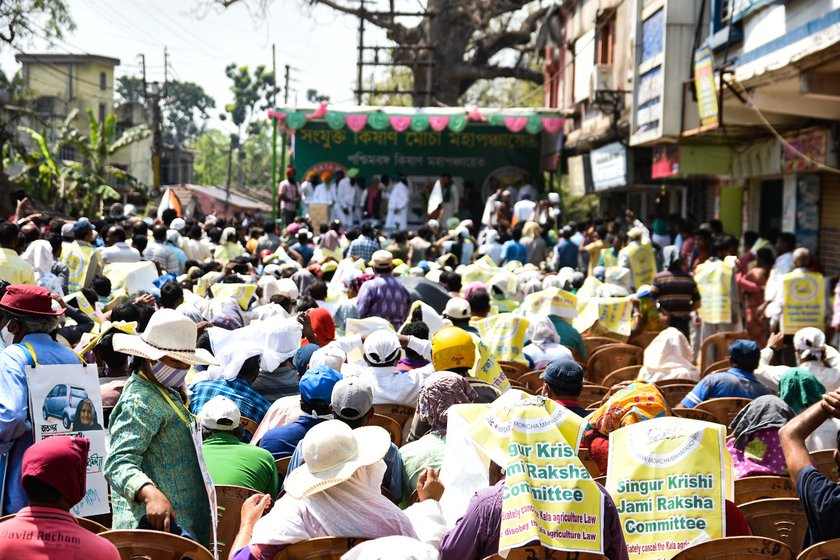 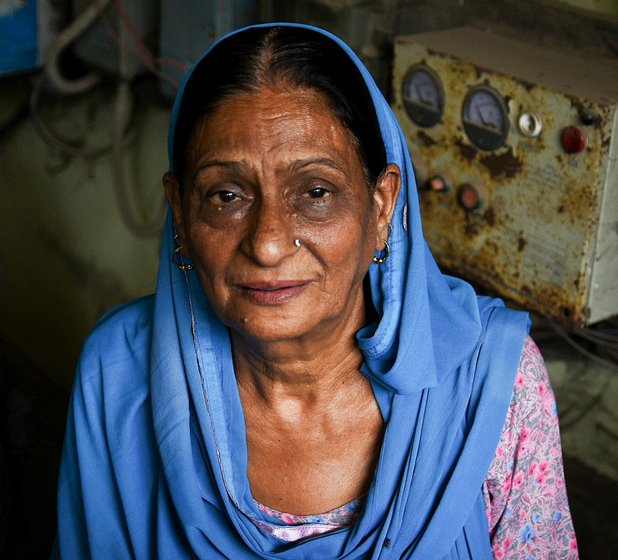 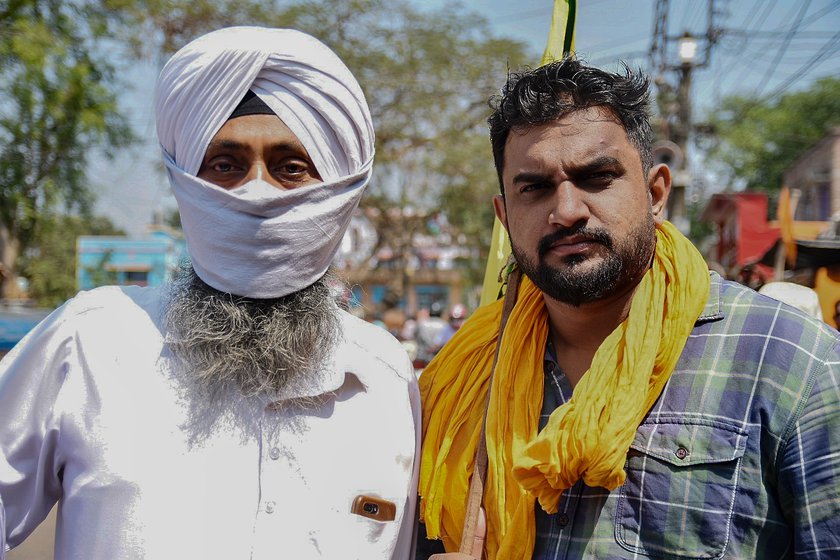 Left: Farmers from Singur and nearby areas gathered for the ' mahapanchayat ' on March 14. Centre: Amarjeet Kaur, who came from the Dunlop locality, said: 'We couldn't go to Delhi [to join the farmers’ protests} but we have come here, and until the black laws are repealed, we will support the agitation'. Right: Jitendra Singh and Navjyot Singh were there because they want the farmers of West Bengal to know more about MSP and the fallouts of the three farm laws

“We won't stop protesting and want the three farm laws to be repealed," concurred 65-year-old Amarjeet Kaur, who had come to Singur from Dunlop, a locality around 30 kilometres away in Baranagar municipality in North 24 Parganas district. “The government has caused us a lot of losses,” said Kaur, whose ancestral home is in Ludhiana, where her family cultivates mainly paddy and wheat. “They brought in demonetisation, nobody has jobs. We couldn't go to Delhi [to join the farmers’ protests] but we have come here, and until the black laws are repealed, we will support the agitation.”

The laws that the farmers are protesting against are The Farmers’ Produce Trade and Commerce (Promotion and Facilitation) Act, 2020 ; The Farmers (Empowerment and Protection) Agreement on Price Assurance and Farm Services Act, 2020 ; and The Essential Commodities (Amendment) Act, 2020 . They were first passed as ordinances on June 5, 2020, then introduced as farm bills in Parliament on September 14 and hastened into Acts by the present government on the 20th of that month.

The farmers see these laws as devastating to their livelihoods by expanding the space for large corporates to have even greater power over farmers and farming. The laws have also been criticised as affecting every Indian as they disable the right to legal recourse of all citizens, undermining Article 32 of the Constitution of India.

Also present at the meeting was 55-year-old Jitendra Singh from Bally, a town around 25 kilometres from Singur. He is in the transport business, and said, “Our [country’s] primary wealth is agriculture, and these farm laws have hit this sector badly Look at Bihar where the mandi system was shut down in 2006. The farmers in Bihar, in spite of having land, go to Punjab and Haryana to earn a living.” 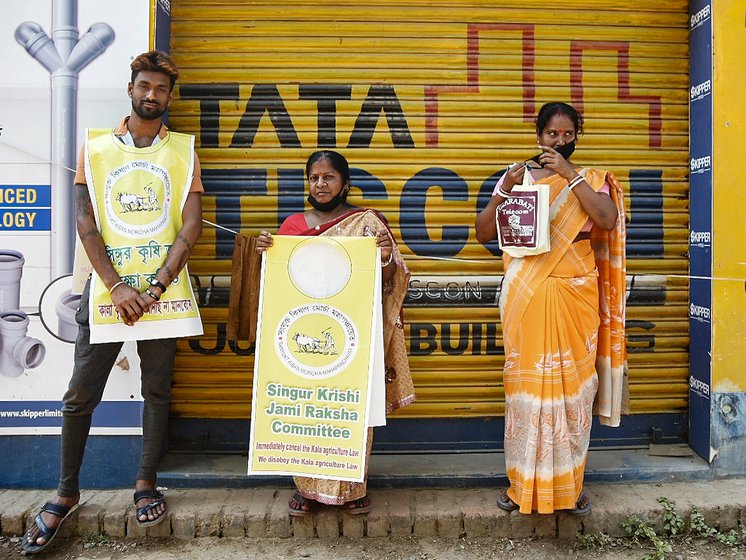 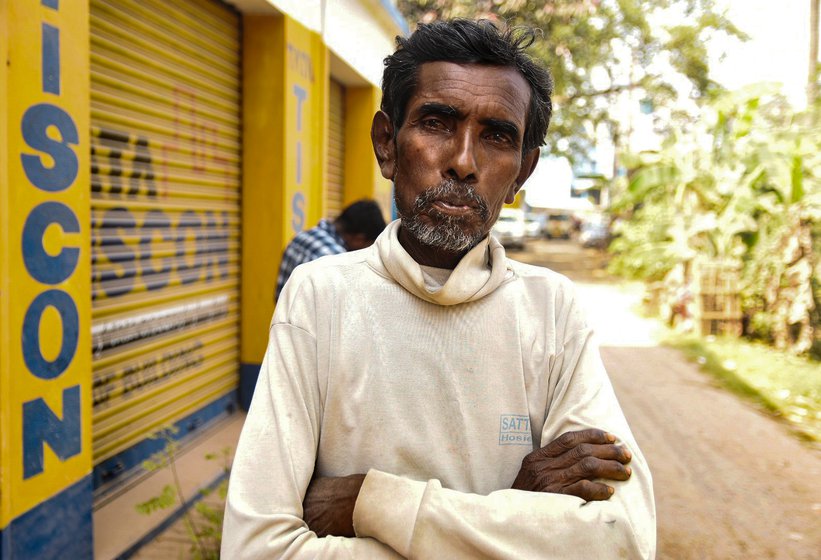 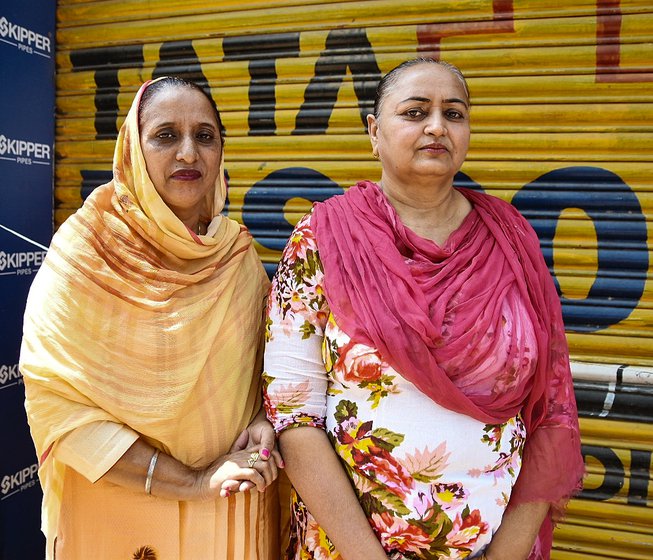 Left: Kalyani Das, Swati Adak and Sontu Das walked to the meeting from Bara Kamalapura, around 10 kilometers away. Middle: Lichu Mahato, a daily wage labourer, said: 'I have come here to know about the farm laws. My life is already in a bad shape and I don't want it to worsen further'. Right: Parminder Kaur and her sister-in-law Manjeet Kaur: 'We haven't come to Singur to support any political party, we have come for our farmers'

"Why aren't they [the government] talking about MSP [minimum support price]?” asked Navjyot Singh, 30, who came to Singur from Bally too, where he is in the restaurant business. His family cultivates paddy and wheat on 10 acres of land in Shekha village of Barnala district in Punjab. “These meetings being organised to make the farmers of Bengal [more] aware of MSP.”

Parminder Kaur, 50, who came here from Serampore town in Hooghly district (listed as Hugli in the Census), said, "If the farm bills are implemented, there will no more be a fixed rate at which we can sell our crops." She is from Ludhiana in Punjab, where some of her family members cultivate mainly paddy and wheat on 10 acres of farmland. Her family is engaged in the transport business in West Bengal. "We haven't come to Singur to support any political party,” she added. “We have come for our farmers.”

Kalyani Das, 42, came walking from Bara Kamalapur, roughly 10 kilometres from Singrur. She cultivates potatoes, okra, paddy and jute on two bighas of land. “The prices of everything have increased,” she said. “Of oil, gas, and the daily items we buy from the  grocery store. We work continuously on our land and sell the crops at the local market, but we are scared that if we don’t get enough money by selling our crops, we will die of hunger eventually.”

Swati Adak, 43, a neighbour of Kalyani, added, "We own three bighas of land. Since the cost of potatoes farming is high, we don't cultivate potatoes much. Many potato farmers have committed suicide because they didn't get enough money after putting in so much of effort.”

Lichu Mahato, 51, also attended the meeting. He works as an agricultural labourer in Singur. He lives in Mahatopara, a village in Balagarh block of Hooghly district, where he cultivates paddy on a tiny patch of land. “I get just 200 rupees a day [as wages],” he said. “If my family asks me to bring some fish for lunch, how can I bring it with that small amount? My son is a hawker in trains, he sells water. I have come here to know about the farm laws. My life is already in a bad shape and I don't want it to worsen further.”