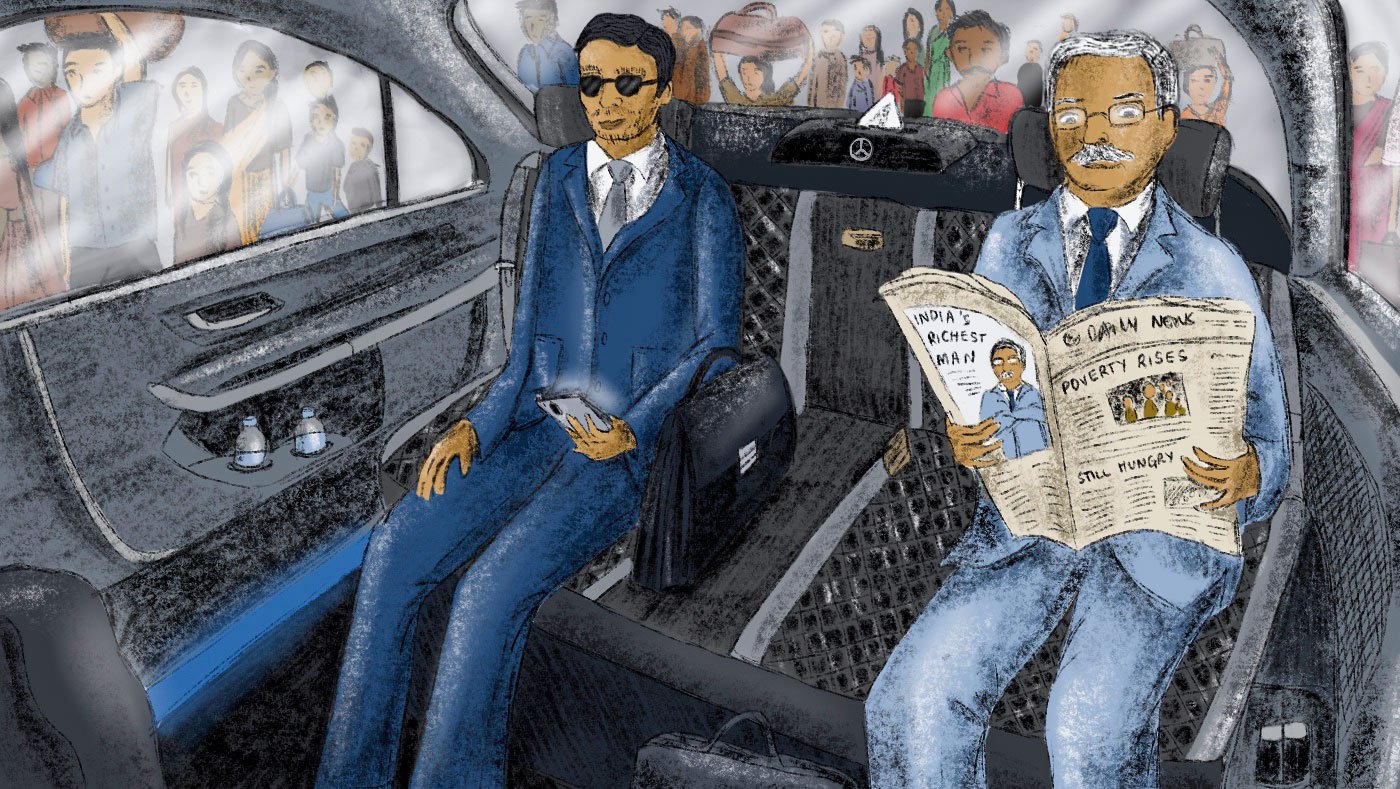 In a year GDP contracted 7.7 per cent, and as we brace for another round of ‘reverse’ migrations, and as the farmers wait unheeded at the gates of Delhi, Indian billionaires reached record levels of wealth

The ranks of Indian Dollar Billionaires swelled from 102 to 140 in 12 months, if the Forbes 2021 List is to be believed (and when it comes to billionaires and their wealth, Forbes is mostly to be believed). Their combined wealth, it notes, has “nearly doubled to $ 596 billion” in just the past year.

This means 140 individuals, or 0.000014 per cent of the population, had a cumulative worth equivalent to 22.7 per cent (or well over a fifth) of our Gross Domestic Product of $ 2.62 trillion, bringing, as they always do, that whole other meaning to the word 'Gross'.

Most major Indian dailies carried the Forbes pronouncement in that approving tone they reserve for such feats – omitting to mention what the Oracle of Pelf says in a more upfront and honest way.

“Another Covid-19 wave,” says Forbes in the first paragraph of its report on this country, “is sweeping across India and total cases now exceed 12 million. But the country’s stock market has shrugged off its pandemic funk to scale new peaks; the benchmark Sensex is up 75% from a year ago. The total number of Indian billionaires rose to 140 from 102 last year; their combined wealth has nearly doubled to $ 596 billion.”

Yup, that combined wealth of these 140 plutocrats went up by 90.4 per cent – in a year when GDP contracted by 7.7 per cent. And the news of these achievements comes in as we watch a second wave of migrant labourers – once again in numbers too large and dispersed to seriously enumerate – leaving the cities for their villages. The resultant job losses won’t do the GDP any good. But mercifully, shouldn’t harm our billionaires too much. We have Forbes’ assurance on that.

Besides, billionaire wealth seems to work in inverse logic to Covid-19. The greater the concentration, the less the chance of any super-spreader effect.

Ambani’s total wealth alone almost equals the GSDP of the state of Punjab. And that’s before the new farm laws take full effect. Once they do, it will swell even more. Meanwhile, do remember that the monthly average per capita income of the Punjab farmer is roughly Rs. 3,450 (NSS 70th Round).

Many newspapers simply carried (or modified) a Press Trust of India report that does not anywhere make the juxtapositions or connections that the Forbes story does. The words covid or coronavirus or pandemic are absent in the PTI story. Nor does it, or any other story, emphasise as the Forbes report does, that “Two of the ten richest Indians get their wealth from healthcare, a sector that’s enjoying a pandemic boost around the world.” The word ‘healthcare’ does not appear in the PTI report or most other stories. Even though Forbes places 24 of our 140 dollar billionaires in the ‘healthcare’ industry.

Within those 24 Indian healthcare billionaires in the Forbes list, the top 10 together added $ 24.9 billion to their wealth in the pandemic year (Rs. 5 billion every day on average), boosting their combined worth by 75 per cent to $ 58.3 billion (Rs. 4.3 trillion). Remember that stuff about Covid-19 being the Great Leveller? 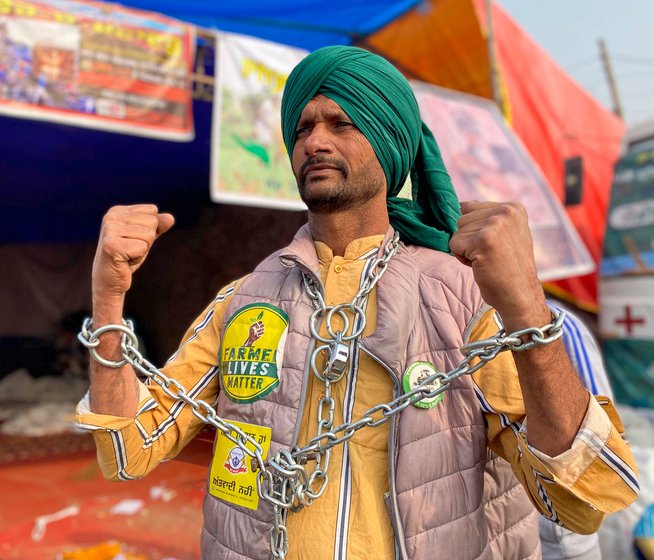 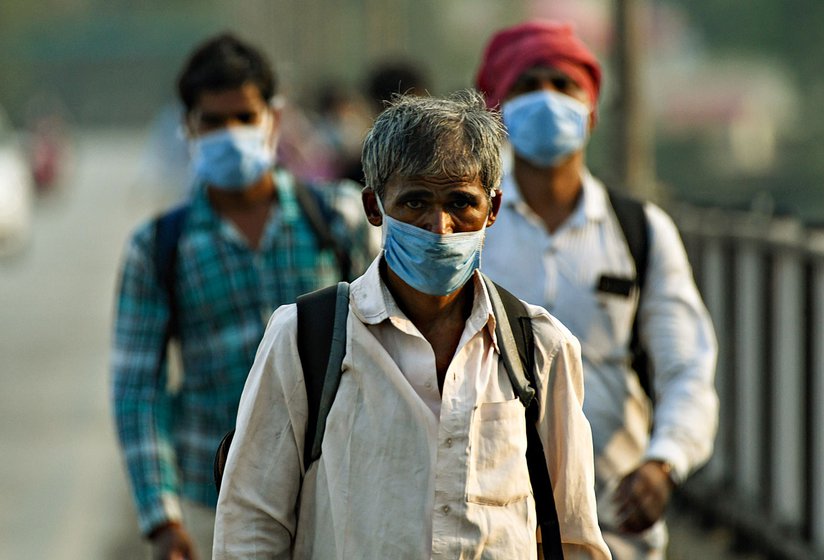 Left: A farmer protesting with chains at Singhu. In the pandemic year, not a paisa's concession was made to farmers by way of guaranteed MSP. Right: Last year, migrants on the outskirts of Nagpur. If India levied wealth tax at just 10 per cent on 140 billionaires, we could run the MGNREGS for six years

Our Make-in-India-Rake-it-in-Anywhere moneybags are right up there on Forbes Peak. Just two places away from the top. Batting on 140 not out, India now has the third highest number of billionaires in the world after the United States and China. There was a time when pretenders like Germany and Russia would nose past us on those lists. But they’ve been shown their place this year.

The $ 596 billion combined wealth of the Indian moneybags, by the way, is roughly Rs. 44.5 trillion. That is equal to a little more than 75 Rafale deals. India has no wealth tax. But if we did, and we levied it at a modest 10 per cent, it would raise Rs. 4.45 trillion – on which we could run the Mahatma Gandhi National Rural Employment Guarantee Scheme or six years, just retaining the current annual allocation of Rs. 73,000 crores (for 2021-22). That could generate almost 16.8 billion persondays of work in rural India in the next six years.

As the second wave of migrants flee the cities and towns – in their saddening but fully justified vote of no confidence in us as a society – we could need those workdays in the MGNREGS more than ever before.

The wondrous 140 did have a little bit of help from their friends. Massive tax reductions for corporates, racing along at break-neck speed for over two decades – accelerated even faster from August 2019.

Consider that in the pandemic year, not a paisa's concession was made to farmers by way of guaranteed MSP; that ordinances were passed allowing workers to be made to do 12 hours labour daily (in some states with no overtime payment for the additional four hours); and ever more natural resources and public wealth were handed over to the corporate super rich. A pandemic year during which foodgrain 'buffer stocks' at one point reached 104 million tons. But all that people were 'granted' was 5 kilograms of wheat or rice, and 1 kg of pulses free for six months. That too, only for those covered by the National Food Security Act, which excludes a significant proportion of the needy. This, in a year when hundreds of millions of Indians were hungrier than they’d been in decades. 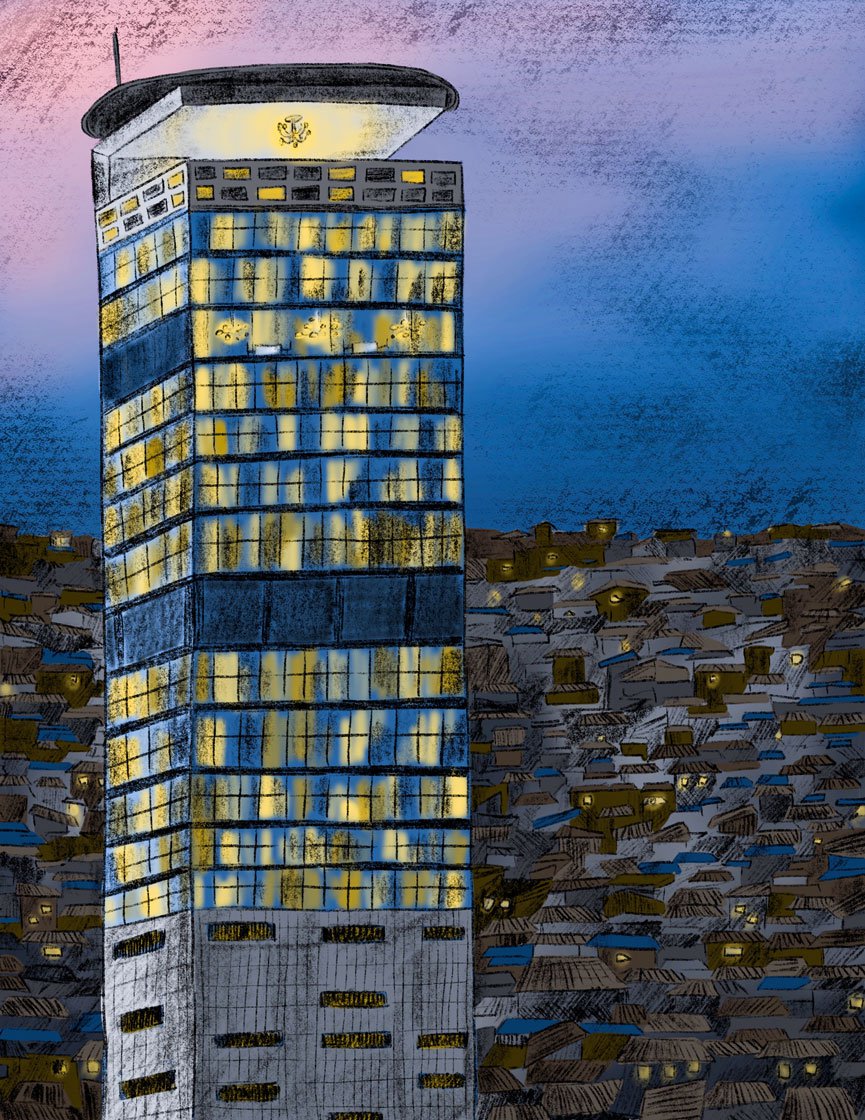 The wealth “surge” as Forbes calls it, has been worldwide. “A new billionaire was minted every 17 hours on average over the past year. Altogether, the world’s wealthiest are $ 5 trillion richer than a year ago.” India’s richest accounted for nearly 12 per cent of that new $ 5 trillion. Which, back home, also means that of all sectors, inequality remained unchallenged as the fastest growing one.

Such a wealth “surge” usually rides on a misery surge. And it isn’t just about pandemics. Disasters are a fabulous business. There is always money to be made in the misery of the many. Unlike what Forbes believes, our guys didn’t “shake off the pandemic funk” – they rode its tidal wave superbly. Forbes is right that healthcare is enjoying that “pandemic boost around the world.” But these boosts and surges could happen with other sectors, depending on the catastrophe involved.

Barely a week after the tsunami in December 2004, there was a stock market boom all around – including in the countries worst affected by it. Millions of homes, boats, and all kinds of assets of the poor had been destroyed. Indonesia, which lost well over 100,000 lives to the tsunami, saw the Jakarta Composite Index break every earlier record and reach an all-time high. Ditto, our own Sensex. Back then, it was the scent of the reconstruction dollar and rupee driving a giant boom in construction and related sectors.

This time, ‘healthcare’ and tech (especially software services) among other sectors, did well for themselves. India’s top 10 tech tycoons in the list together added $ 22.8 billion in 12 months (or Rs. 4.6 billion on average every day), to reach a combined wealth of $ 52.4 billion (Rs. 3.9 trillion). That’s an increase of 77 per cent. And yes, online education – even as tens of millions of poor students in mainly government schools were excluded from any kind of education – did bring benefits to some. Byju Raveendran added 39 per cent to his own wealth to arrive at a net worth of $ 2.5 billion (Rs. 187 billion).

I think it’s fair to say we showed the rest of the world its place. Er…we were shown our place too, on the UN Human Development Index – rank 131 in 189 countries. With El Salvador, Tajikistan, Cabo Verde, Guatemala, Nicaragua, Bhutan and Namibia all ahead of us. I guess we must await the results of a high-level probe into an obvious global conspiracy to shove us down a rung compared to the previous year. Watch this space.

This article was first published in The Wire .