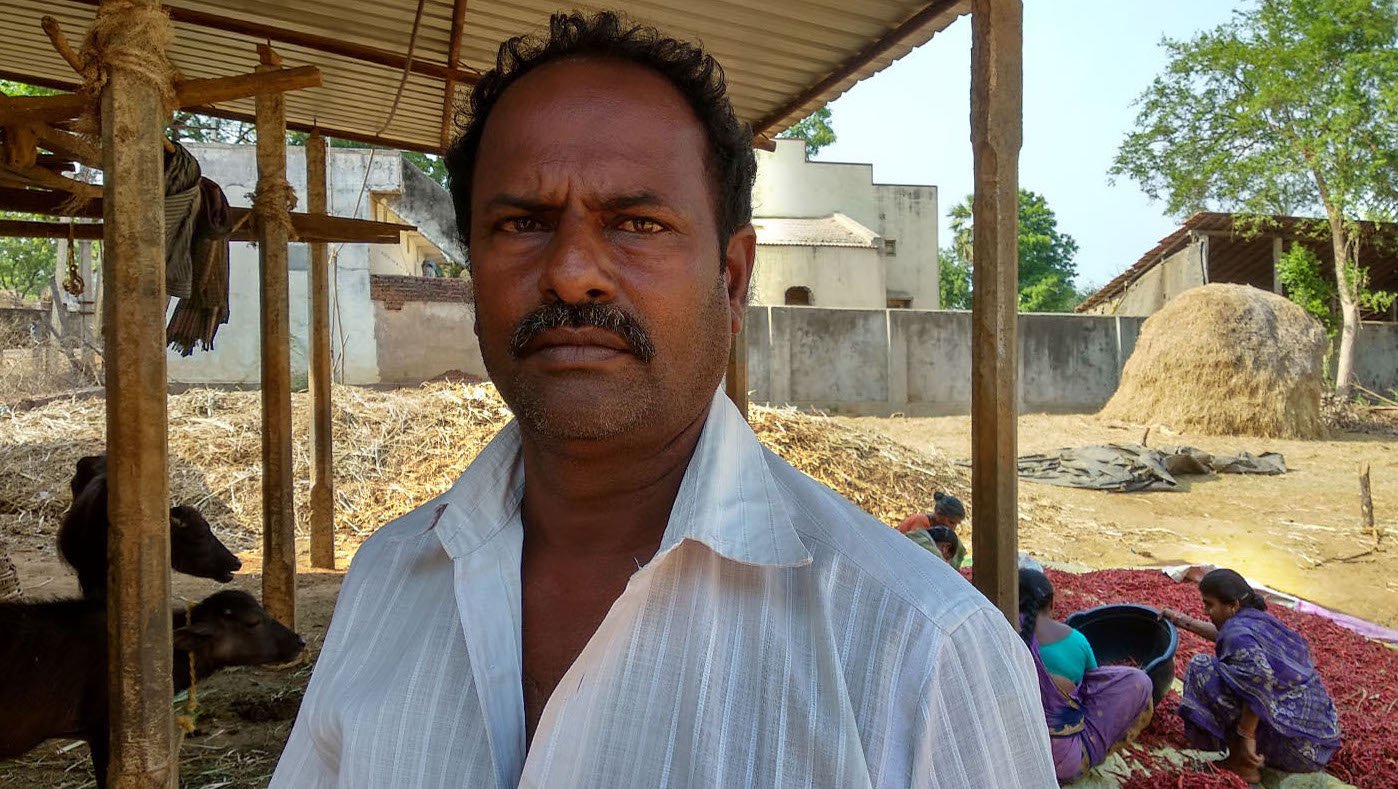 ‘We are slaves to the company’

Maize seed farmers in Krishna district of Andhra Pradesh have been waiting for their dues from a faraway seed company for over a year. Such delays are common, and the farmers’ loans and losses are growing

Ramakrishna Reddy cultivates maize on 2.5 acres of leased land in Vadlamanu village of Krishna district. He and eight other farmers in the village in Agiripalle mandal in Andhra Pradesh planted a total of 30 acres of maize to sell its seeds to the Hyderabad-based IML Seeds Pvt Ltd. “We sowed in September 2016 and sold the seeds [around 80 tonnes] in March 2017. It’s been more than a year and the company still hasn’t paid the over 10 lakh rupees due to the nine of us,” says 45-year-old Ramakrishna.

In this trade, the company gives hybrid seeds to farmers around September every year. The seed farmers grow them and give the multiplied seeds back to the company in March the following year. The company then sells these, at a profit, in the market to cultivator farmers. The seed farmers get some of their payment from the company in the forms of pesticides, insecticides and even loans at an annual interest rate of 24 to 36 per cent. The debt – loan plus interest – is deducted from the final amount the farmers receive.

The company is supposed to make the payments by the end of March, but the money usually come through 2-3 months later. In 2017 though, IML Seeds did not pay the farmers at all.  The unpaid dues, along with prices that have not matched the rising input costs for the last few years, have pushed many maize seed farmers deeper into debt and forced some to leave agriculture.

Pilli Srinivas, 40, one of the nine farmers of Vadlamanu village, who cultivated maize seeds for around 15 years, says, “I have a total debt of 15 lakh [from private moneylenders]. I also pay an annual lease of 15,000 rupees because I don’t own much land. So I decided to leave agriculture and work as an agricultural labourer.” Srinivas now earns a daily wage of Rs. 250-300 and hopes to pay off some of his debt by selling the half-acre he owns. 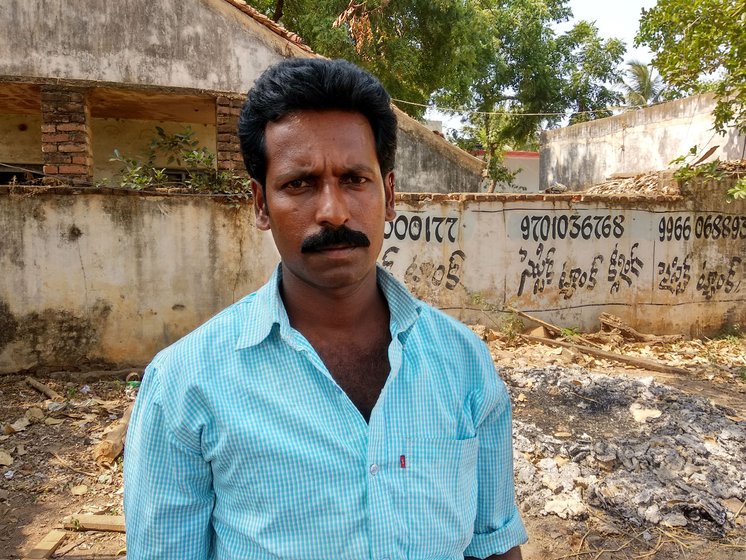 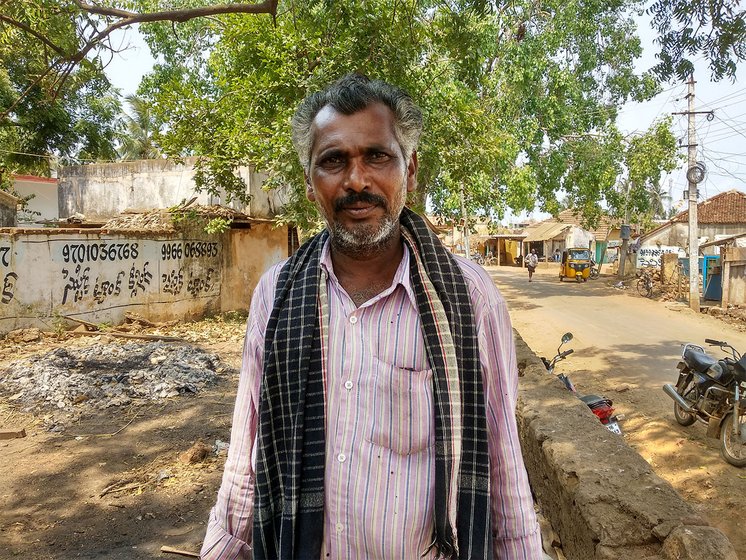 IML Seeds Ltd however denies there is a payment problem. “This set of seeds [cultivated by the farmers] had a 'germination problem' but we will still pay them in 10 days," said Cherukuri Venkata Subba Rao, who handles the company's operations for Krishna district, when I spoke to him in May 2018. The farmers still haven’t got their money. When I phoned him again in mid-July he again said the farmers will be paid in 10 to 15 days.

“The company has been saying that they will pay us since over a year now,” says Ramakrishna. “We grew the same seeds which the company gave us. How are we responsible if their own seeds have germination problems?”

The per-tonne rate paid by seed companies to farmers depends on the grade of the maize seed. However, the prices have not increased much since around 2002-2004 when, the farmers say, maize was first grown for its seeds in the west Krishna region of Nuzvid, Agiripalle, Chatrai and Musunuru mandals .

"Around 4,000 farmers have cultivated maize for seed purpose over an area of 15,887 acres for 20 companies in the district in 2017-18 agricultural season," says Mohan Rao, the joint director, agriculture, of Krishna district. Maize is also grown for its seeds in West Godavari, East Godavari and Prakasam, among other districts of the state

One of the first to start cultivating maize seeds for sale in Chintalavalli village of Musunuru mandal was Peddineni Venkata Srinivasa Rao. He owns 11 acres of land and cultivates maize on 10 acres for Bengaluru-based CP Seeds India, which has a factory in Nuzvid town. “Eight years ago [in 2010], the price per tonne was around 12,000-14000 rupees and this year the price is 16,000-18,000 rupees, while input costs have increased two and three times over,” says 54-year-old Rao.

‘We have never seen the companies or their owners. The companies operate through their organisers which could be why they have never heard our cries for an increase in price’

“And the tenancy rate has increased from 2,000 to 25,000 rupees per acre,” adds Talakonda Srinu, 45, a Chintalavalli farmer who too is cultivating three acres of maize for Bengaluru-based CP Seeds India. “With all this, the investment per acre comes to 75,000 rupees. This company pays 16,000 rupees per tonne. Even if we assume the average yield per acre is 3 tonnes, we only end up earning 48,000 rupees,” says Srinu, who has a debt of Rs. 2 lakhs at an annual interest rate of 36 per cent from private moneylenders, apart from another debt with the company at the same interest rate.

But, Srinu adds, "We [still] cultivate seed for companies even if we end up in losses because we really don't have another option. Commercial maize sells for even less [in the market] and not many other crops don't grow in this region. Besides, how can I work as an [agricultural] labourer after being a farmer till now?"

Most of the maize seed cultivators are tenant farmers who don’t have access to institutional credit in the form of bank loans even though the Andhra Pradesh Licensed Cultivators Act of 2011 entitles tenant farmer to a Loan Eligibility Card and a zero interest bank loan. Most of the seed farmers double up as agricultural labourers and MGNREGA workers.

While the farmers are incurring losses, the seed companies make robust profits. “The companies [through various nurseries] sell a kilo of seeds to cultivator farmers for Rs. 320 and end up with a profit of 7 to 8 lakhs per acre,” estimates Srinu.

In September 2017, some of the group of nine in Vadlamanu village, as well as other farmers, took seeds supplied by Metahelix Life Sciences, a Bengaluru-based agro-biotech company,  and gave the multiplied seeds back to the company in March 2018. The same month, Metahelix paid the farmers Rs. 19, 700 per tonne. IML’s rate (when the payment is made) is Rs. 17,500 per tonne.

But such alternatives are limited, and decided by the ‘organisers’. In the seed-growing areas in each village, one or two persons work as organisers or middlemen between the company and the farmers. They collect the seeds in the village and transport them to the company for a commission of (at present) Rs. 200 per tonne. 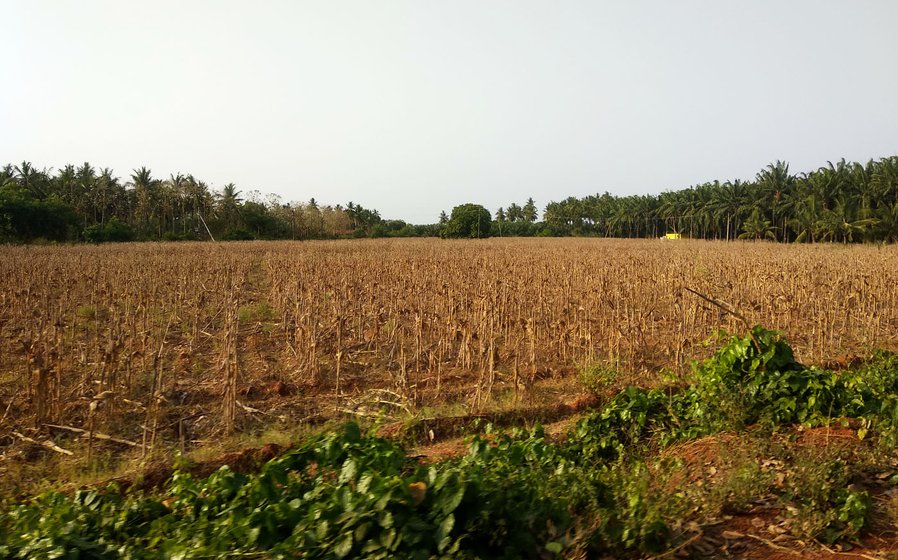 After the farmers give the harvested seeds to the company, payments are usually delayed

“We have never seen the companies or their owners. The companies operate through their organisers, which could be why they have never heard our cries for an increase in price,” says Srinu. “Moreover, once we sell the produce to the organiser, no one is responsible for the money due to us, which is why months after selling [in March 2018], I am still waiting for my money from CP Seeds.”

Some of the farmers don't know which company they are growing the seeds for. All they know is their village’s ‘organiser’. At the Nuzvid branch of CP Seeds, Kumar, a spokesperson, told me, “Our records show that all the payments have been made to the organiser. We are not responsible if he delays the payment to the farmers. We have a legal agreement with the organiser. So please ask him.”

When I contacted Vallabhaneni Murali, the organiser for CP Seeds India in Chintalavalli village, he said, “I am waiting for the money to be disbursed from the company. How can I pay the farmers from my own pocket?” This is a tactic by the companies to hold the organiser responsible and shed itself of any responsibility, allege the farmers.

“The APSSCA [Andhra Pradesh State Seed Certification Authority] is supposed to oversee an agreement between the farmers and the seed companies, but they don't,” says Nimmagadda Narasimha, Krishna district secretary of the All India Kisan Sabha. “The APSSCA should certify the seeds, but it hardly does that, which leads to spurious seeds, like what’s happened in Vadlamanu."

“We are slaves to the company,” says Srinivasa Rao ( in the cover photo on top ) , exasperated. “The seed companies resemble the English rule in India.” What is stopping the farmers from growing commercial maize to sell in the market themselves? “The value of maize in the market today is 11,000 rupees per tonne. Rather than dealing with volatile market prices, it is better for us to sell the maize to companies at 16,000 rupees,” Rao responds.

Seeking alternatives, 44-year-old Sugasani Venkata Nagendrababu of Chintalavalli village stopped growing maize on his 13 acres for the big companies three years ago. “There is no fair price for maize. The fertility of the land is reducing with the excessive use of pesticides and fertilisers,” he says. “I got influenced by natural farming methods and have been growing banana and sugarcane. So the situation is now a little better.”