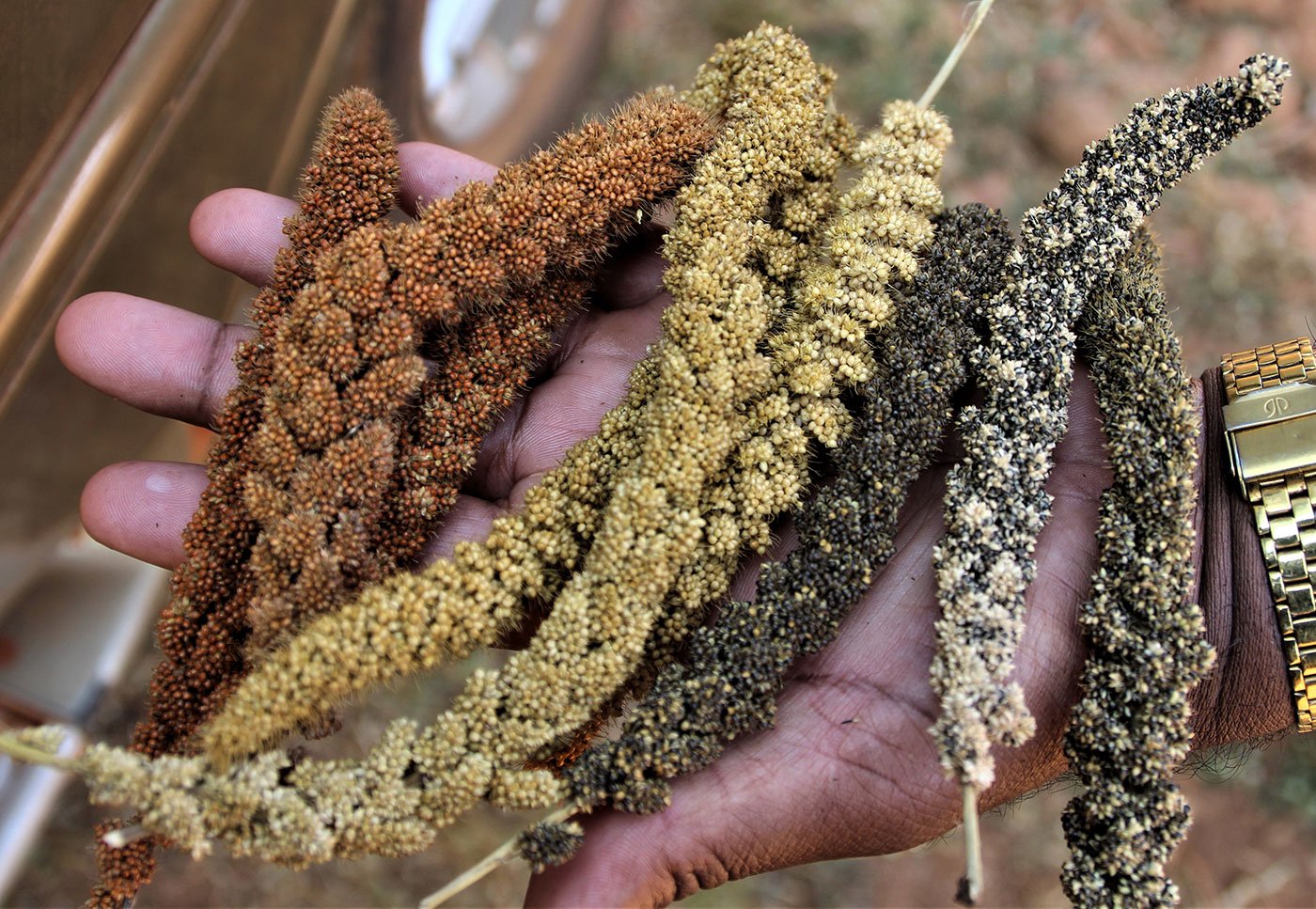 ‘The soil does not need poison to kill pests’

In Kerandiguda village of Odisha, Lokanath Nauri and his son Mahendra don't use any chemical fertlisers or pesticides on their land, and harvest an incredible variety of crops through traditional farming methods

"We don’t use chemicals in our soil. The soil does not need poison to kill pests. If the health of the soil is good, it takes care of everything,” says Mahendra Nauri, whose farm is located around 1.5 kilometres to the east of the Niyamgiri hills. “What you need is a mahua or a sahaj tree on the field bund that provides shelter to the birds, lizards and frogs. They will take care of the pests and insects that harm our crops."

Mahendra’s two-acre land is in Kerandiguda, a village of around 100 people in Bishamakatak block of Rayagada district in southwest Odisha. Most of the families here belong to the Kondh Adivasi community, though the Nauri family is from the Dora community.

On their land, 30-year-old Mahendra and his father, 62-year-old Lokanath, cultivate 34 varieties of crop – and an incredible 72 sub-varieties in total. They do this in rotation on different patches of their farm, and their harvests include little millets (such as su an and sikra ), pulses (including arhar and green gram), oilseeds (such as alsi , sunflower and groundnut), tubers, turmeric, ginger, green vegetables, tomatoes, brinjals and more. “We never depend on the market for food," Mahendra says.

The villagers use water from streams flowing from the Niyamgiri hill. They construct stone bunds to divert water to their fields. “The climate conditions have been adverse here in the past four years,” says Lokanath, “but our crops have sustained us through all adversities. I have never taken a loan from anyone. It is only because of our traditional farming system.” The family is sustained by their own harvests and they sell their surplus produce in the weekly haats at Muniguda and Bishamakatak. 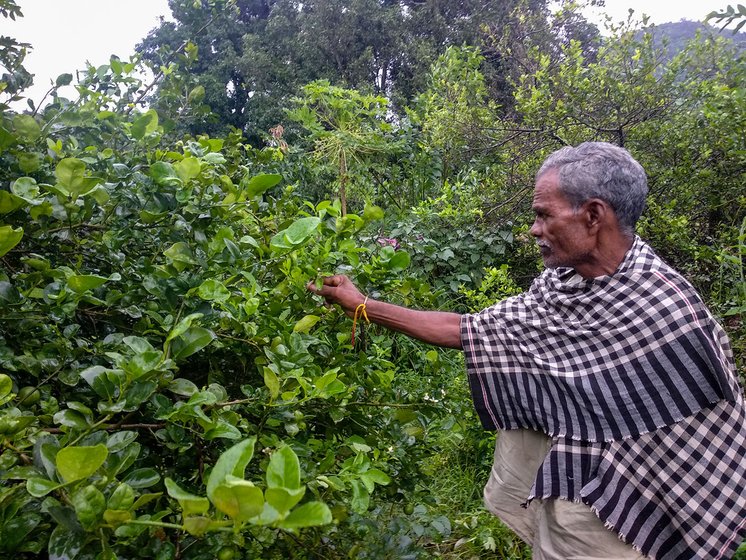 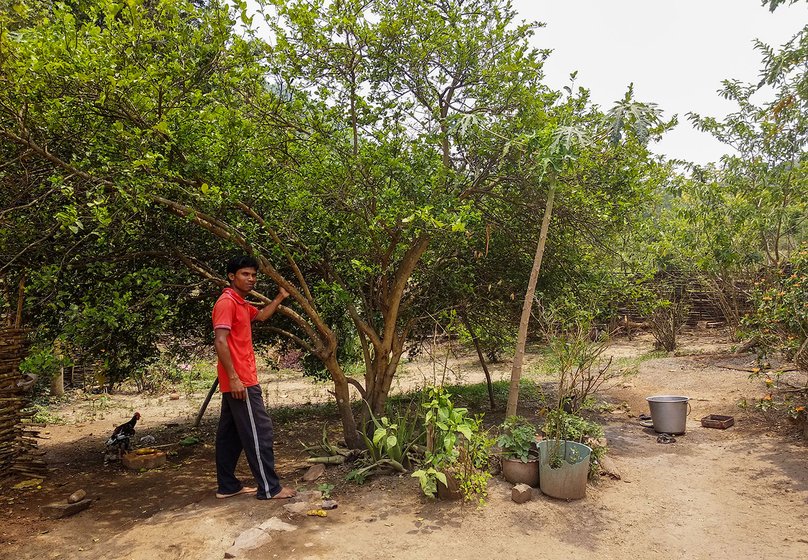 Lokanath Nauri (left): 'Our crops have sustained us through all adversities'. Mahendra (right) and his brother and five sisters all work on the family’s farm

“I have been a farmer for 50 years. I learnt from my father how to prepare the soil for sowing and planting,” says Lokanath, whose father was a landless farm labourer, as was Lokanath for several years. He started conserving seeds after receiving land from the government when he was around 30.

“I am following those practices [learnt from my father] till now and getting the same results,” he adds. “But I have seen the present generation farmers cultivating cotton and destroying the soil. You will not see any earthworms in that soil. They have made the soil hard. Farmers have started replacing their seeds, applying fertilisers and pesticides in rice and vegetables. The products are losing their taste. And they are not getting much as they are spending more and more on fertilisers and pesticides.”

Only four families in Kerandiguda, including Lokanath’s, don’t use any chemical fertilisers or pesticides at all, the Naruris say. These are now used even in the remote tribal villages of this area, Mahandra adds, and some Adivasis families have reportedly started leasing out their lands to traders for cotton and eucalyptus cultivation, using high doses of chemicals and herbicides.

Lokanath and Mahendra also cultivate four traditional varieties of paddy – bahurupi , bhanjibuta , bodhana and lalboro . Lokanath says bodhana was cultivated in the region some 30 years ago, and though many farmers replaced it with other varieties, he managed to conserve it. It is a short duration upland paddy and can be cultivated three times a year. Mahendra collected the other three paddy varieties from Dr. Debal Deb, a reputed rice conservationist, who has lived in Kerandigua since 2011 on a 2.5 acre farm. He works with the Adivasis of this region to revive their traditional knowledge of seeds and conservation. In addition to his own farming, Mahendra works with Dr. Deb on seed conservation, and receives Rs. 3,000 a month as honorarium. 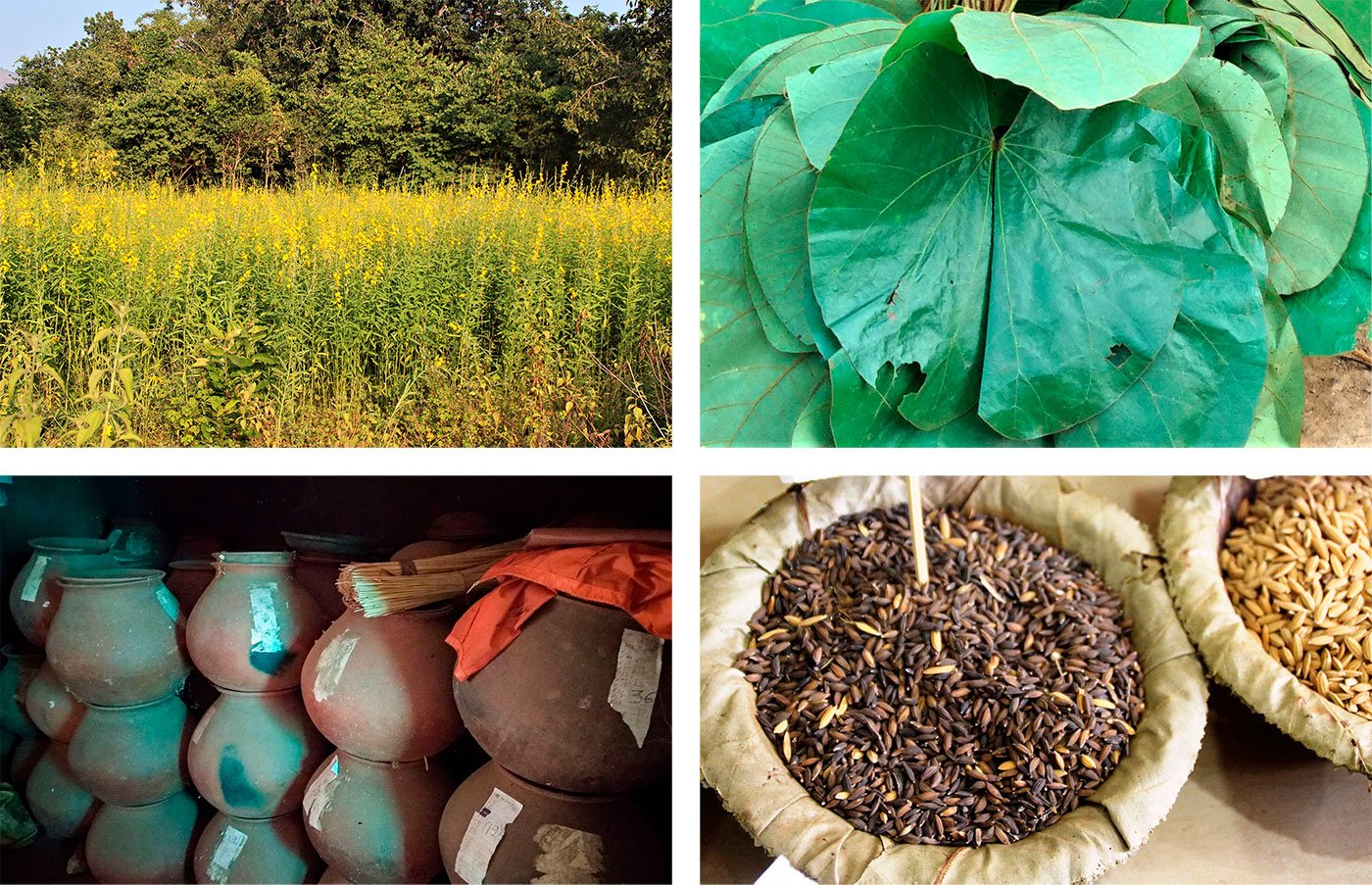 Alsi (an oilseed, top left) and the siali creeper (top right) are among the many crops grown by the Nauri family. Bottom row: Indigenous varieties of stored seeds

He says his father Lokanath is his guide and teacher, who has farmed for decades using traditional techniques such as the use of leaves of wild plants as pest repellent for crop as well as seeds, occasional inter-cropping of vegetables (such as onion) to repel some types of pests and retain soil nitrogen, and mixed cropping (seasonal variations) in the cultivation of millets. Mahendra and his brother and five sisters all work on the family’s farm. “I learnt agriculture from my father and then developed clarity on scientific things from Dr. Deb and Living Farms [an NGO that works with on agriculture and livelihoods with Adivasis in Rayagada and Kalahandi districts],” he says, about technicalities like pollination and documentation of growth patterns of paddy plants.

Mahendra studied through the National Institute for Open Schooling and got a science degree from the Maa Markama College in Bissamcuttack. He then shifted to Ravenshaw University, Cuttack, for a biotechnology degree. But his family’s financial situation did not allow him to complete post-graduation, and he returned to Kerandiguda to work with his father.

Mahendra wants to conserve the biodiversity of the soil and plants in his region. He has converted a small barren plot of revenue department land into a dense natural forest. He started conserving the plants on the plot in 2001. “It needed only protection, there was no need to plant more,” he says. “It was an upland plot without bunding. Such land is usually left fallow for a year or two to keep it fit for cultivation of small millets. I decided to protect it for the growth of trees. We now collect [from this plot] wild tubers, mushrooms, siali leaves [a creeper], mahua flowers, chaar koli [a berry] and more. We are reaping the benefits of this forest…”