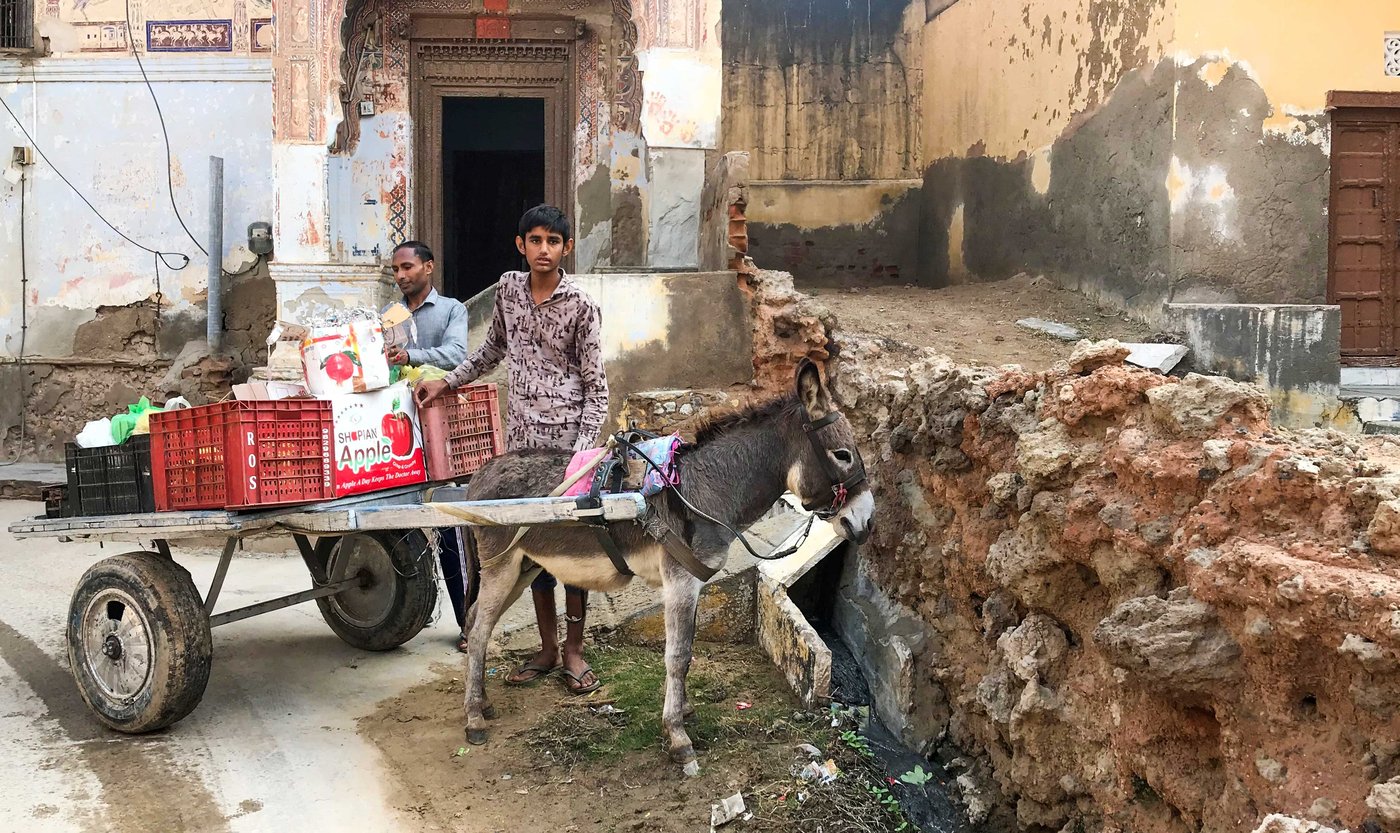 Not too many donkeys' years left

Rajasthan is still home to the greatest number of donkeys, whose population is in decline everywhere

Every morning, Arif (on the left) and Sheru (the donkey) wander around the bylanes of Mandawa selling vegetables and fruits. Sheru pulls along the cart laden with cabbage, cauliflower, bhendi, brinjal, bananas and more, while 40-year-old Arif Mohammed, a former construction worker, and his helper (who refused to give his name), strike bargains with regular customers and new ones in this town in Rajasthan’s Jhunjhunun district. After around eight hours of occasional sales, man and animal stop by 5 p.m., having earned, Arif says, Rs. 300-400 for the day. He hurries on, reluctant to say more, it’s peak sales time and Sheru is impatient too. 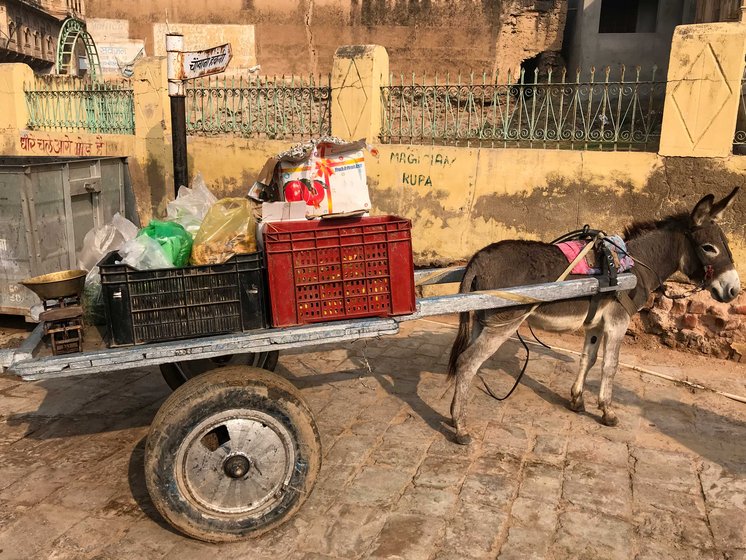 That's bad news for nomadic pastoralists and other groups of the very poor in Rajasthan, for whom the pack animal is an important, if not main, source of livelihood. Donkeys can thrive even in very hot conditions and hold out better than some other animals in situations of fodder scarcity. But they also sometimes suffer ill-treatment through heavy overwork.

A major reason for the decline in their populations seems to be that it less and less sustainable to use them for short-distance transport as carriers or cart-pullers. And with many in the poorest donkey-rearing communities having changed their occupations, they are unable to provide for the donkeys properly any longer.

There may be even fewer donkeys left by the next livestock census. Perhaps Sheru’s impatience suggests he has a sense that time is running out on him and his tribe – more so after the extensive loss of livelihoods during the lockdown.

Sharmila Joshi is Executive Editor at the People's Archive of Rural India, and a writer, researcher and occasional teacher.