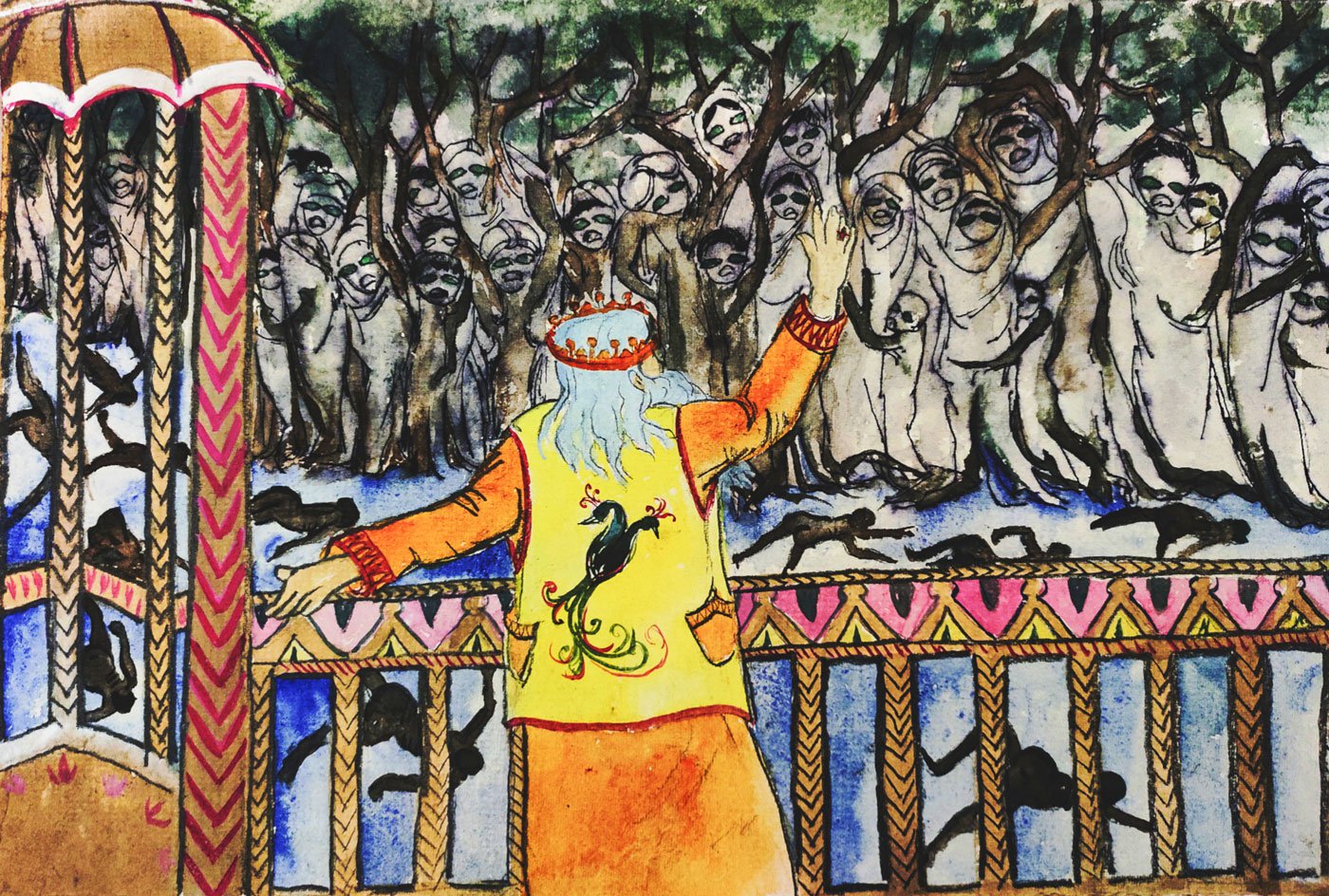 The king and the lone wheel of a tractor

He abhorred those pests getting adept in the dark arts of unity. A poem for the present times

He needed to put those raging beasts back in their cages. Thanks to the god-emperor, the smiling lord of the cloud minār , a new sickness appeared from nowhere and his coffers had begun to overflow from a brisk trade. It was thinning the herd. “ Azaadi! Azaadi !” He held the elixir, the only cure for the miasma, firmly in his hands. How ridiculous of those insects to demand this panacea for free?

Night had fallen on his kingdom and from his window he longingly looked at the dome of his new palace. “Azaadi! Azaadi!” Damned be these voices, damned be those fingers that turn mud greener than emerald. Hush! Something rustled near the window. A strange vine crept and slithered up, with nails for leaves and crimson cadavers for flowers.

Two moons rose outside his bay-window. One was the sickle of our banished Ramadān, the other a lone wheel of a tractor.

Sickle of our banished Ramadān 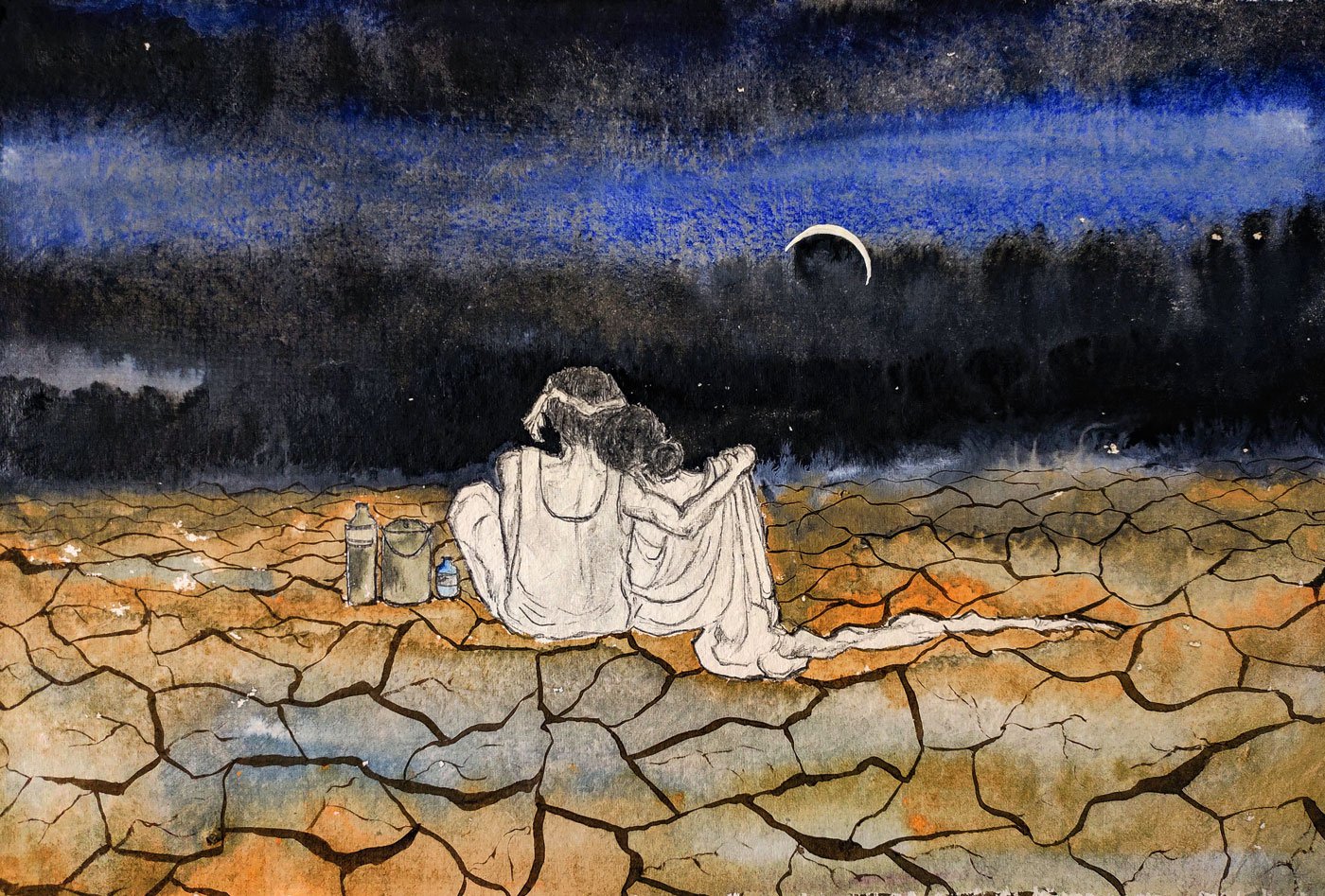 Her eyes,
her eyes,
like a guillotine sighs,
or a darvīsh drenched in a bourbon moon. 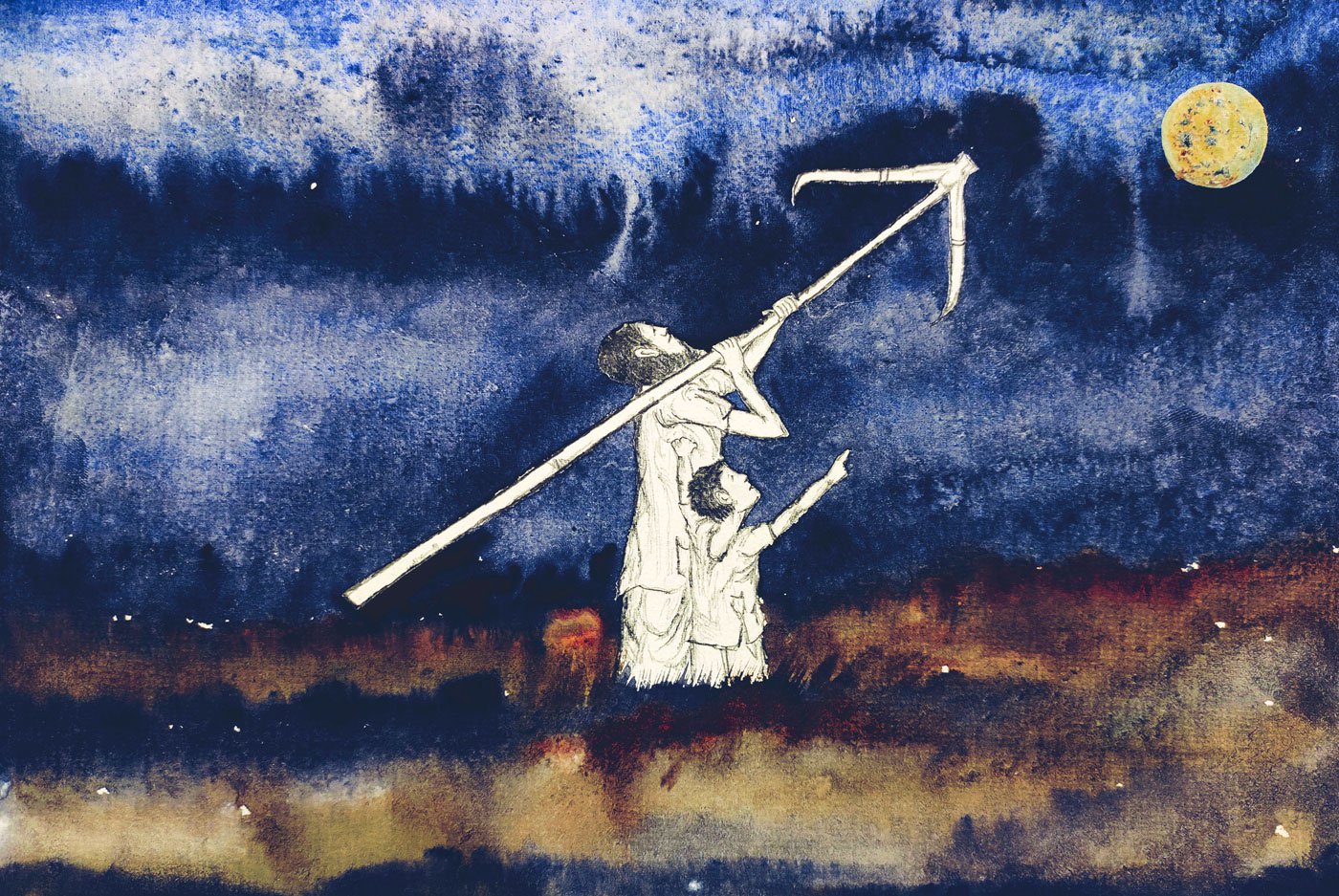 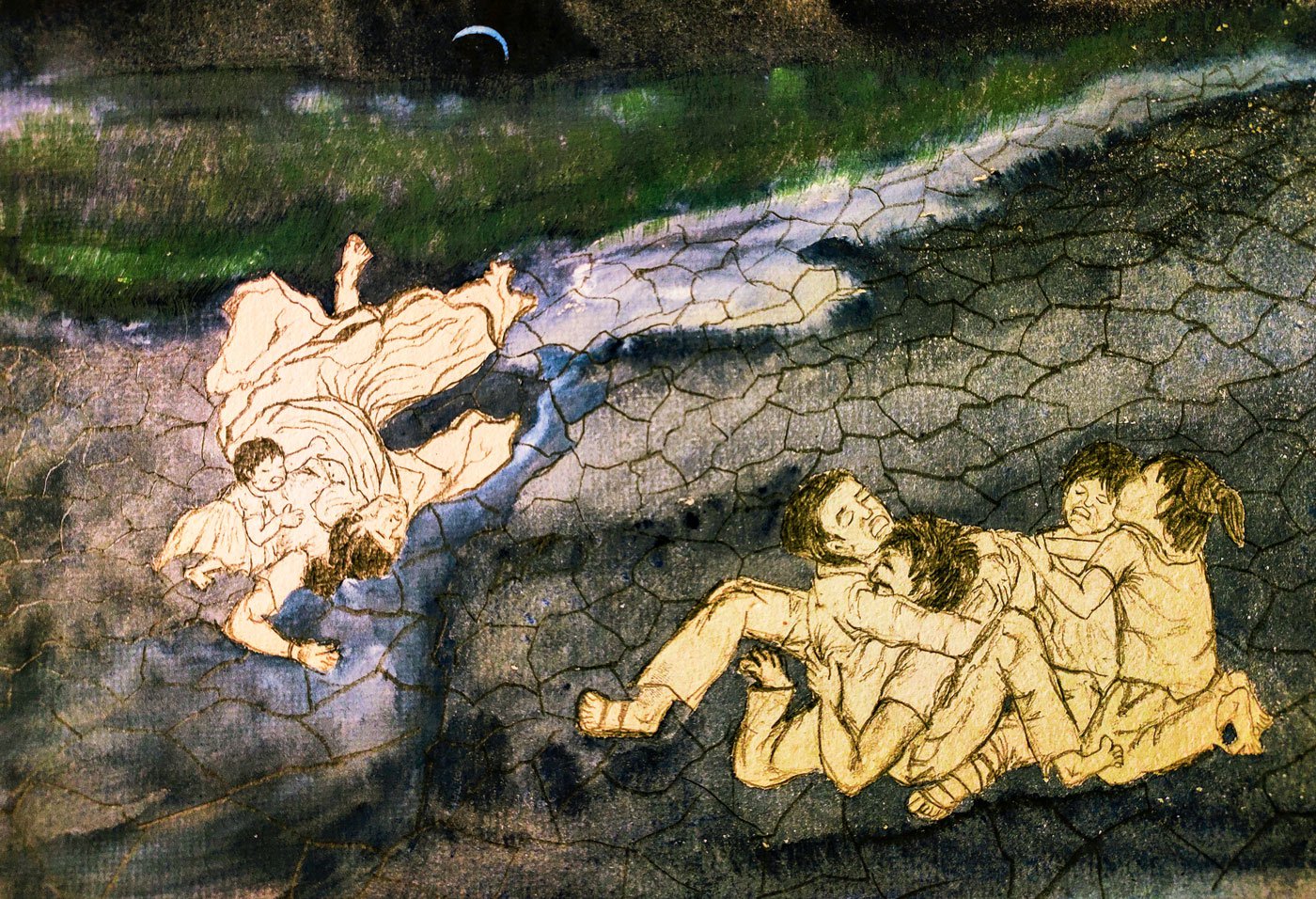 How do you spell shame,
is it with a sigh?
Is it with a bullet in a labourer's eye? 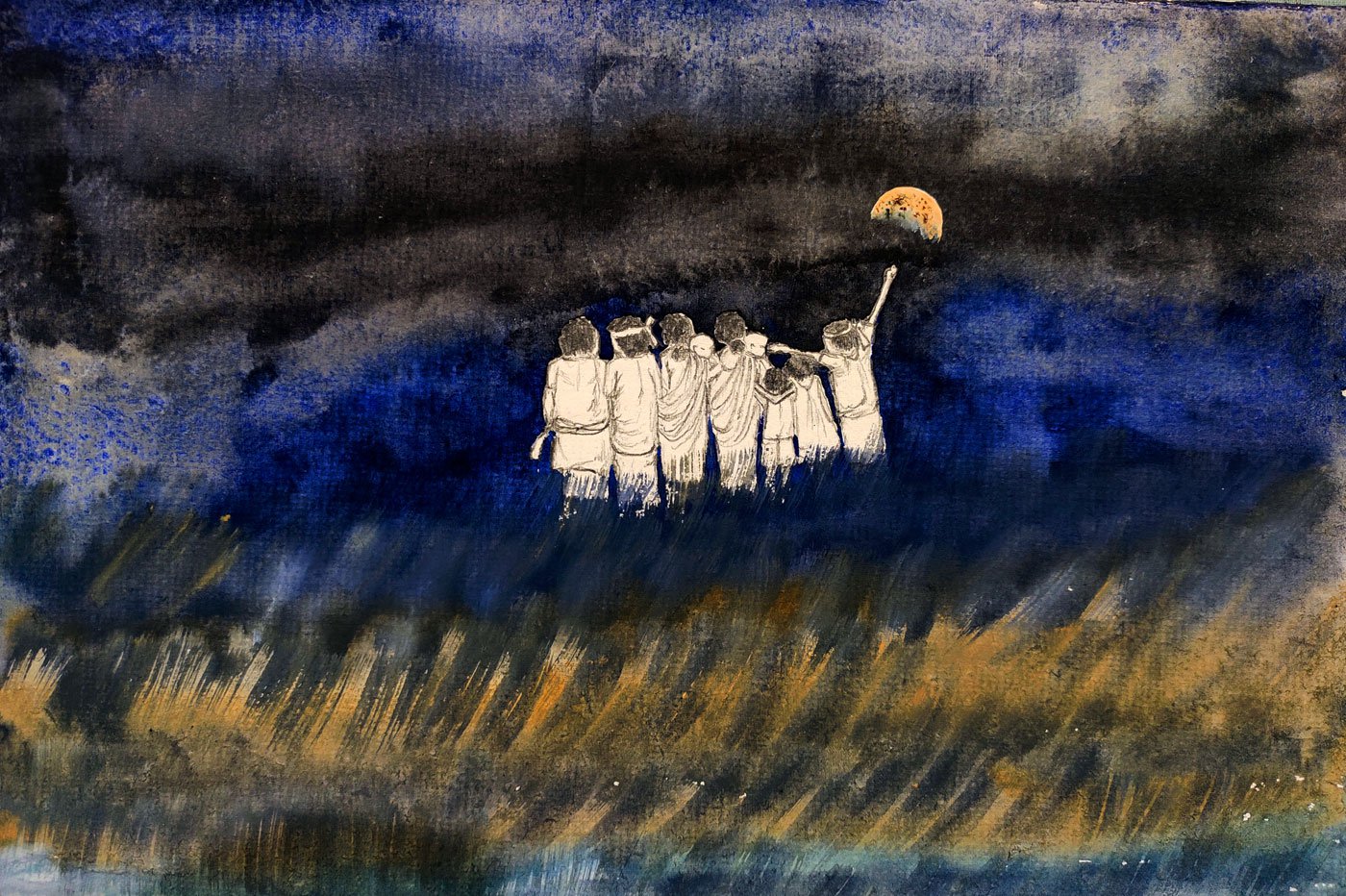 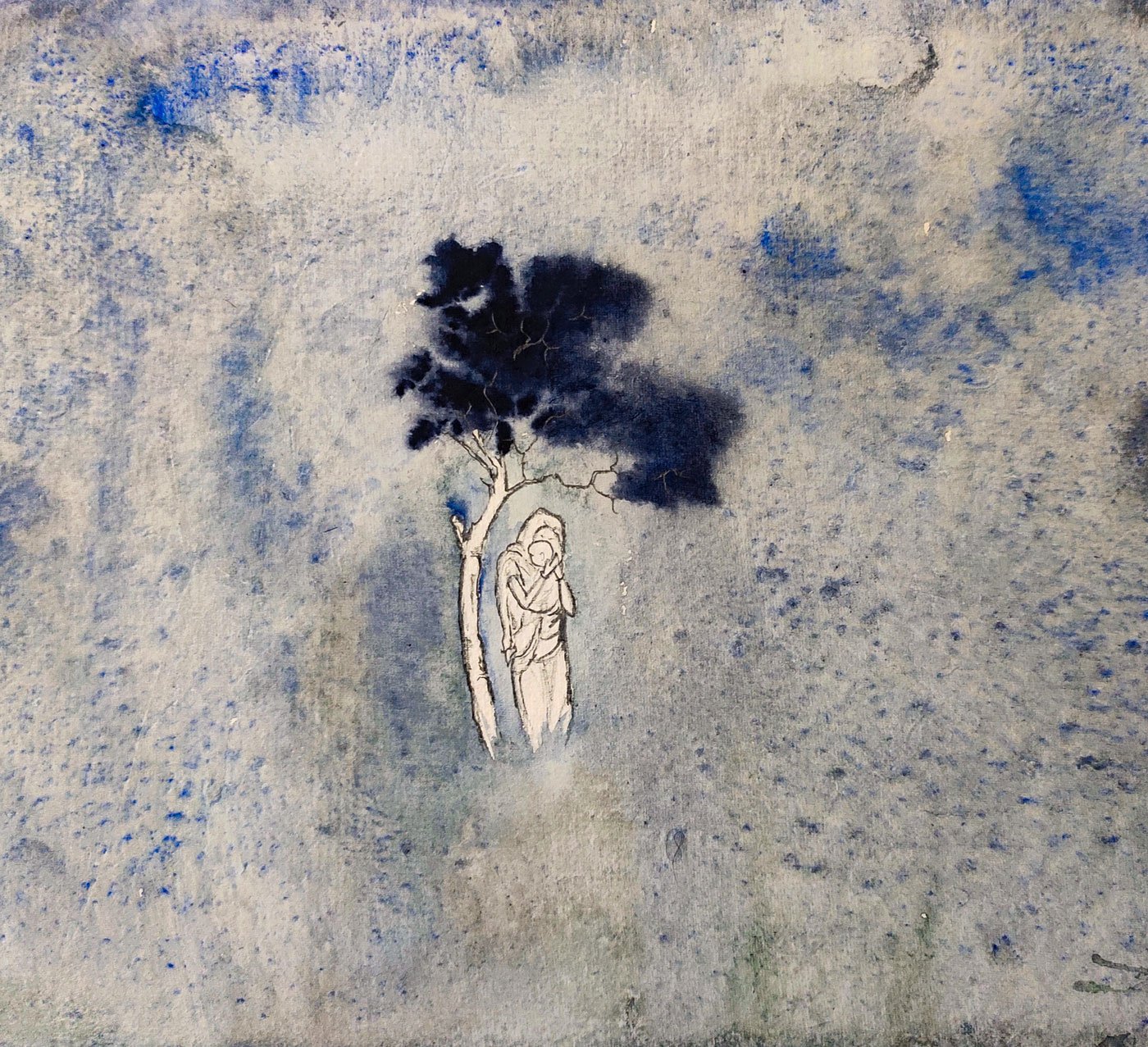 Her pain,
her pain
is a Vaisākhi rain.
Ever under the sands of a Buddha again –
unaware that her plough
is a bridge to the sea. 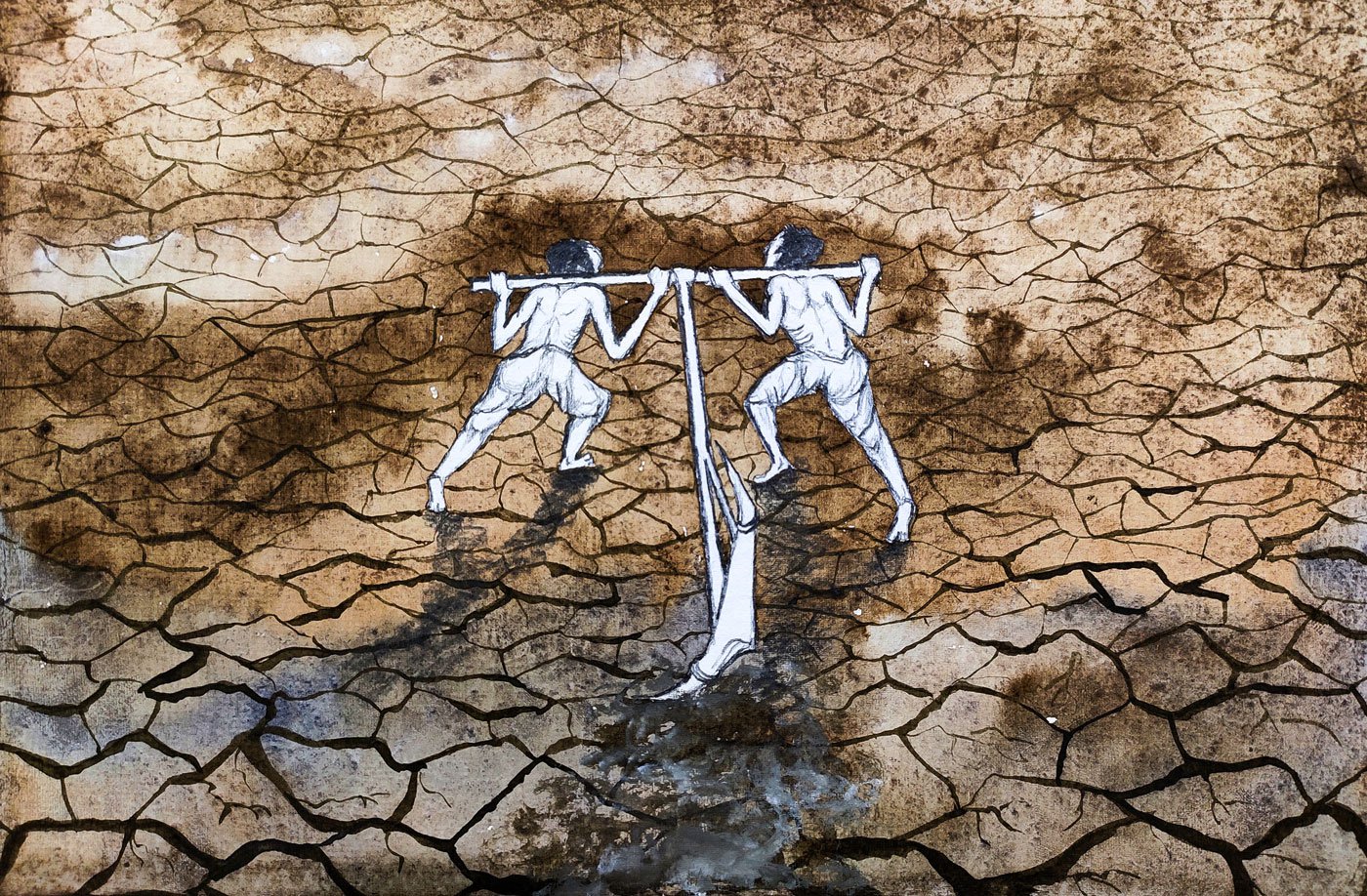 Just a sip of a
thirsty pin will hammer the
clouds of porcelain. 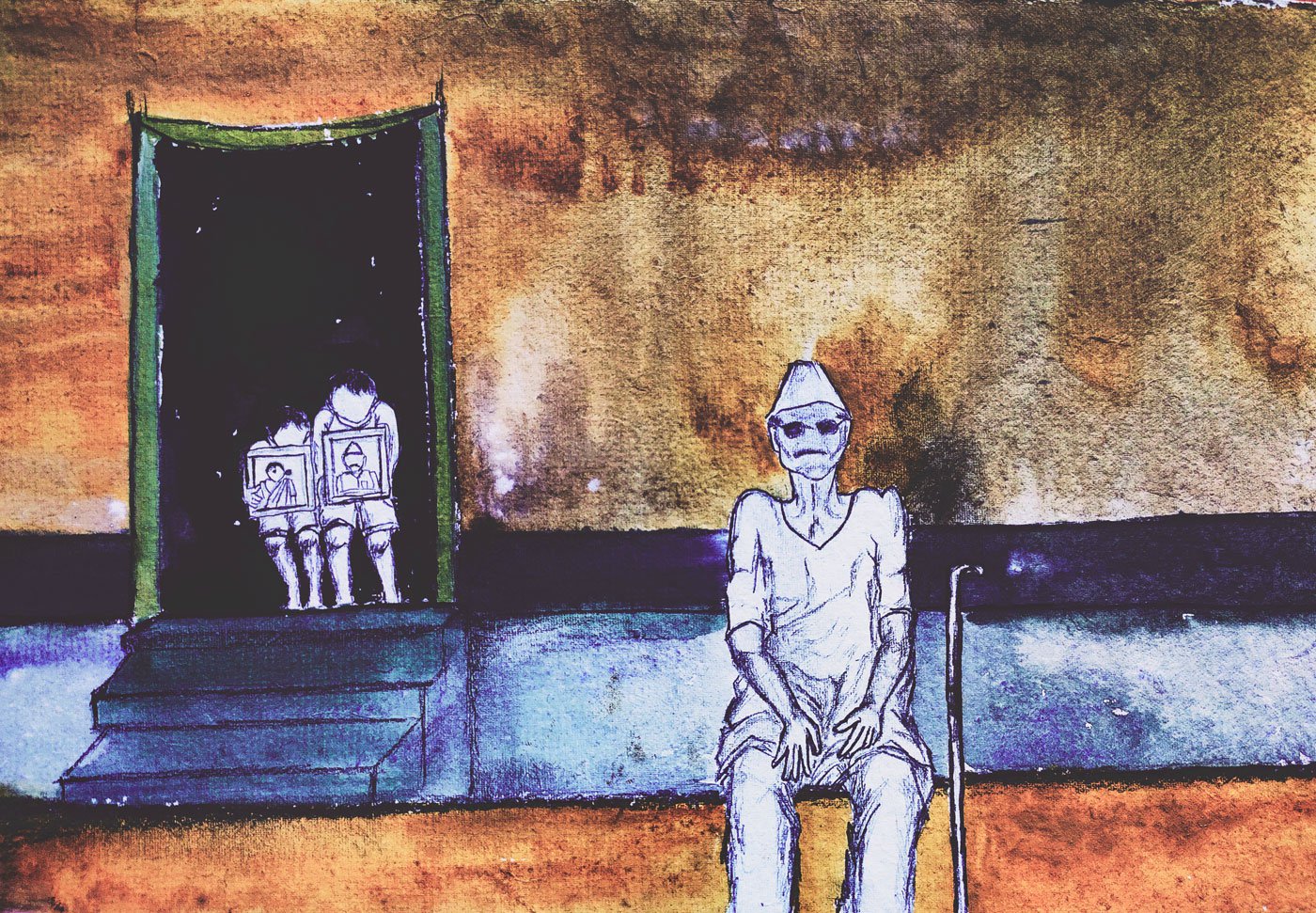 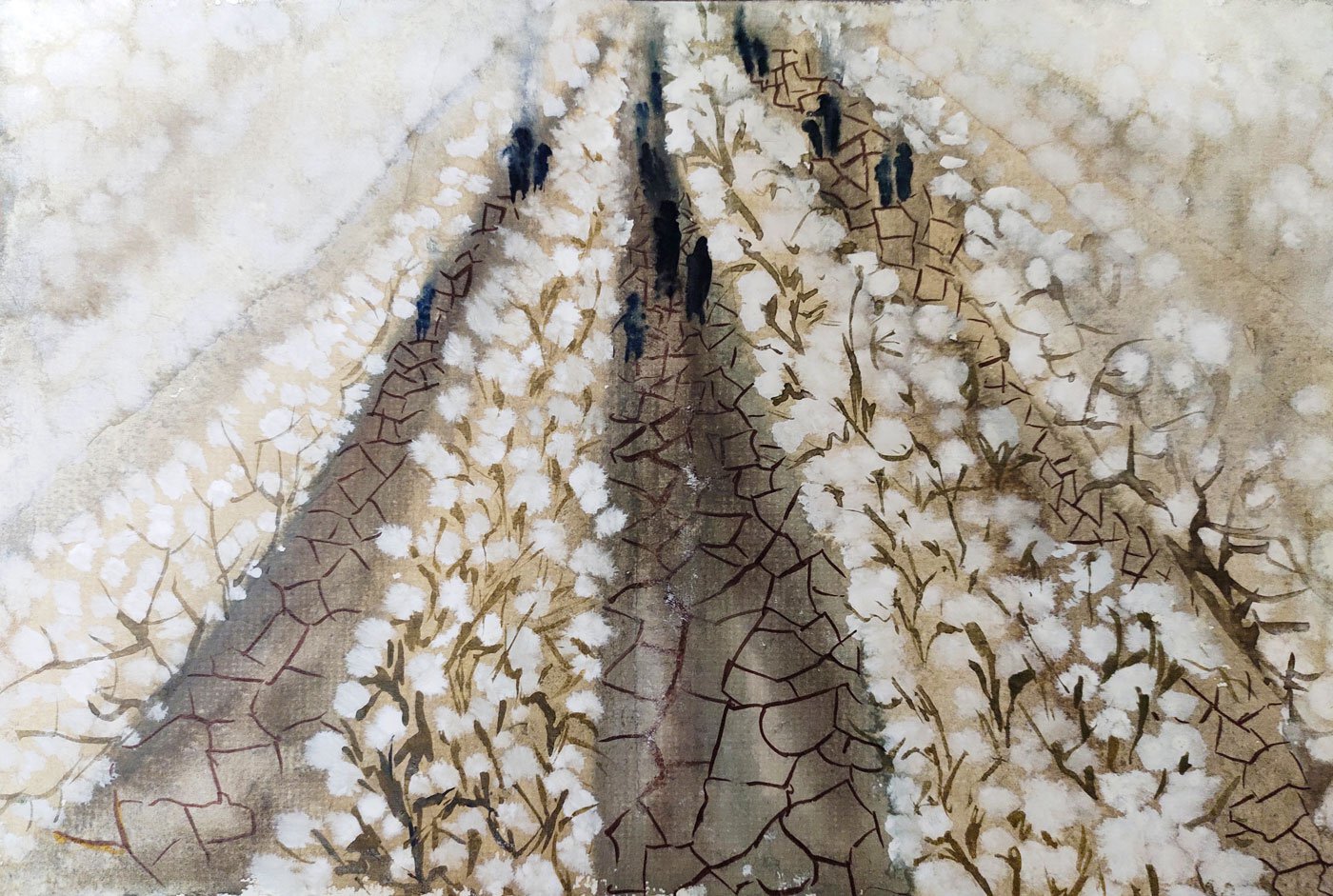 A heart has four chambers,
hunger has none.
One for a Lohri, three for a gun. 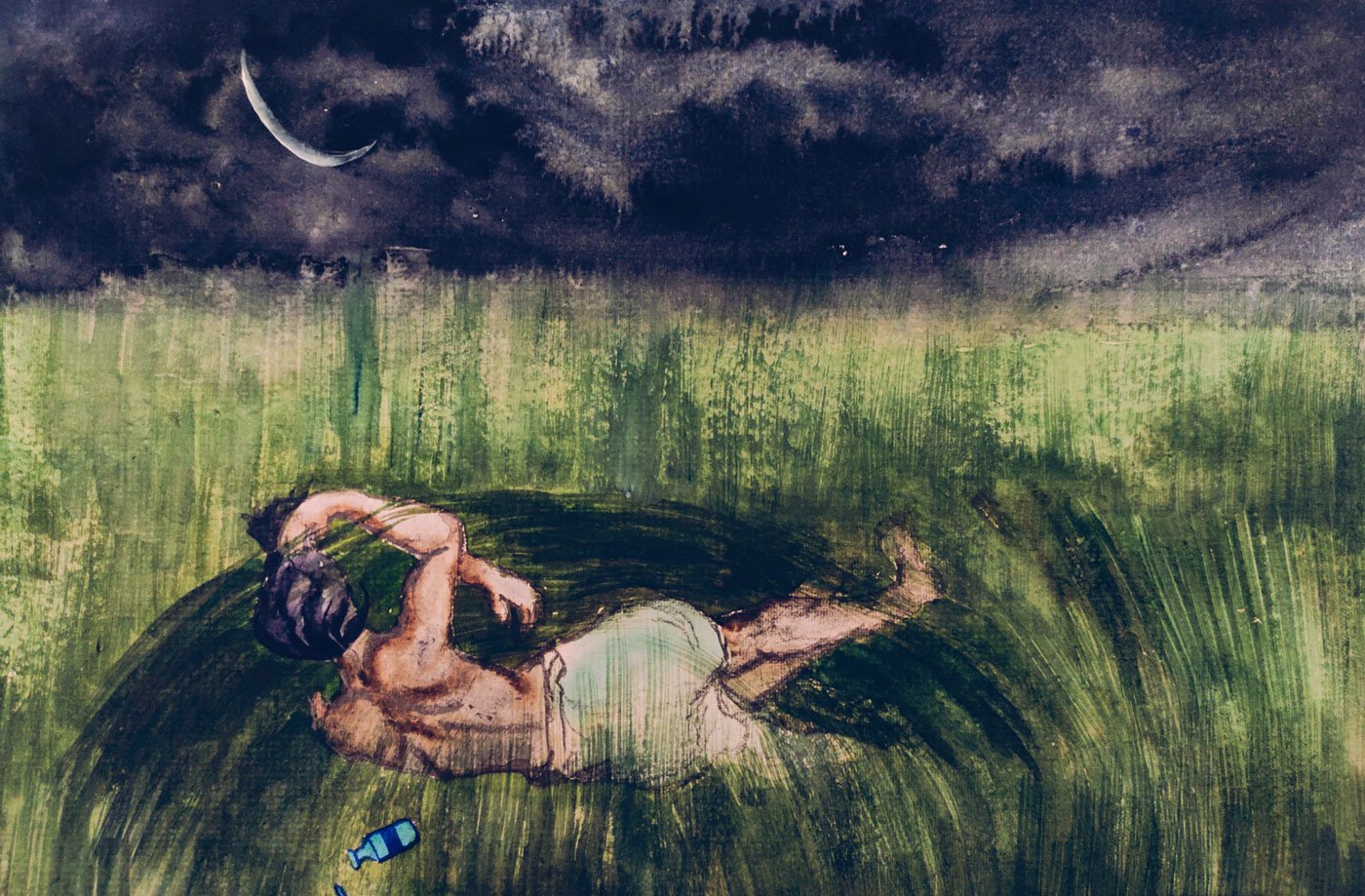 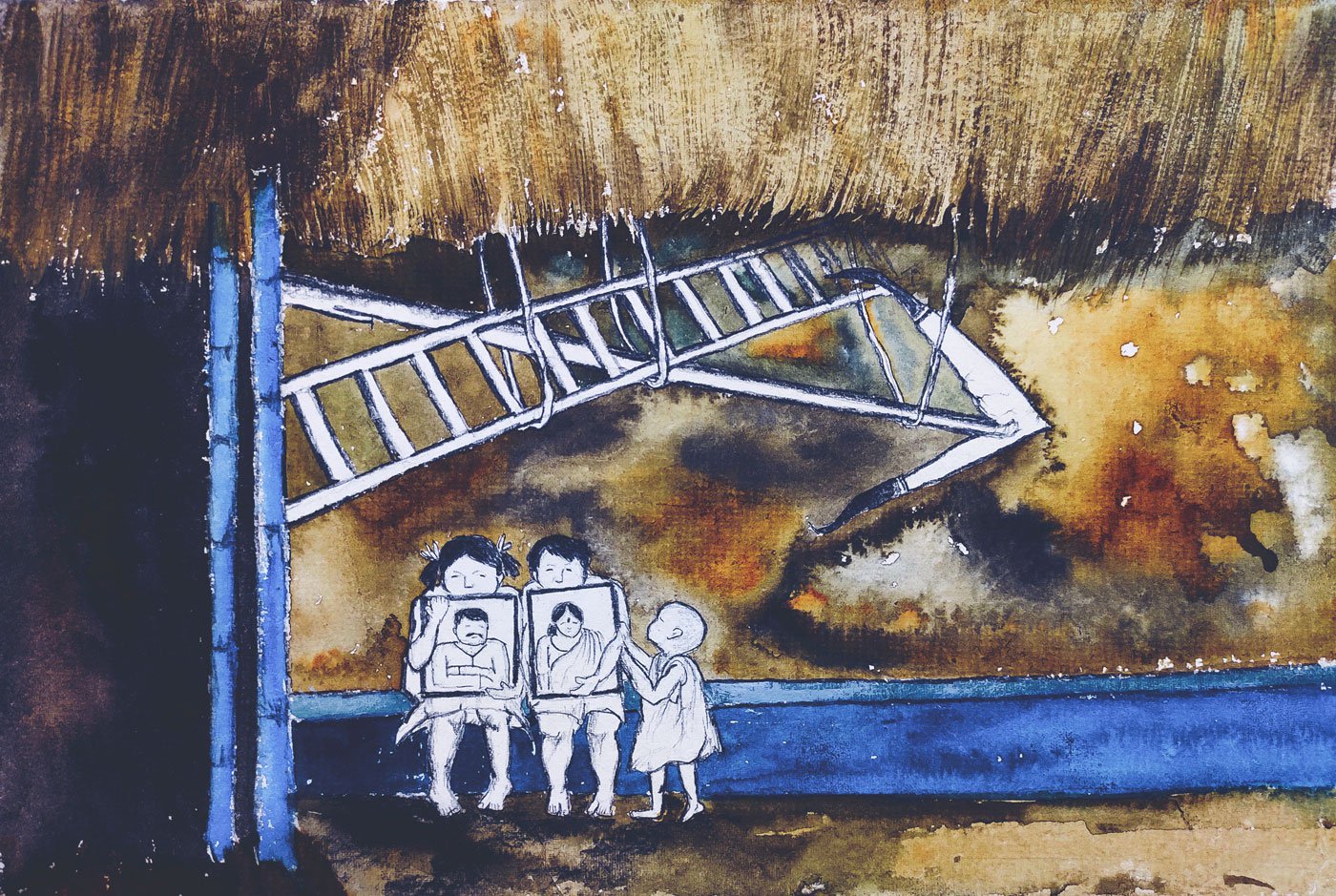 Lilacs at our windowsill.
They drip, they drown,
they dream until
the children of our eventide
in driftwood shall a phoenix hide.

(Sudhanva Deshpande is an actor and director with Jana Natya Manch, and an editor with LeftWord Books.)

chaudhvin : the 14th day of a lunar phase, generally marked by religious fasting (mainly by women in Hindu communities)
darvīsh : a Sufi mendicant
dastak : a knock on the door
Folidol: an insecticide
Lohri : a Punjabi festival to mark the passing of winter solstice.
minār : minaret, a slender tower
nargis : the flower narcissus poeticus or poet’s daffodil
Vaisākhi ( also Baisakhi): the spring harvest festival mainly in Punjab, but also some other parts of the north

We thank Smita Khator for her significant contribution to this team effort.