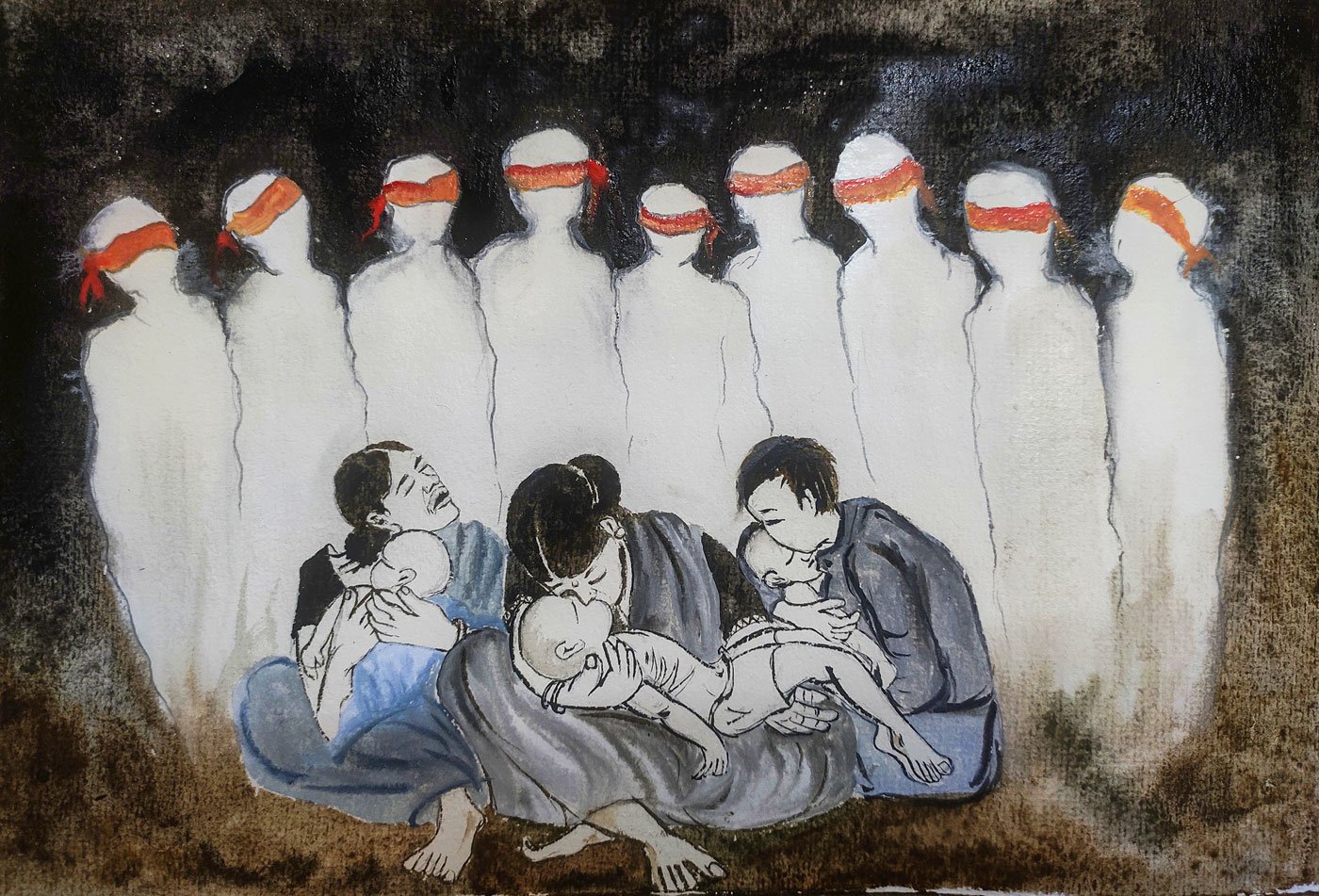 Of Gods, an orphaned public and lost children

A Gorakhpur poet speaks out in anguish as he watches children in large numbers succumb to a deadly fever across UP’s Gorakhpur, Mathura and Firozabad districts amidst a public health system collapse 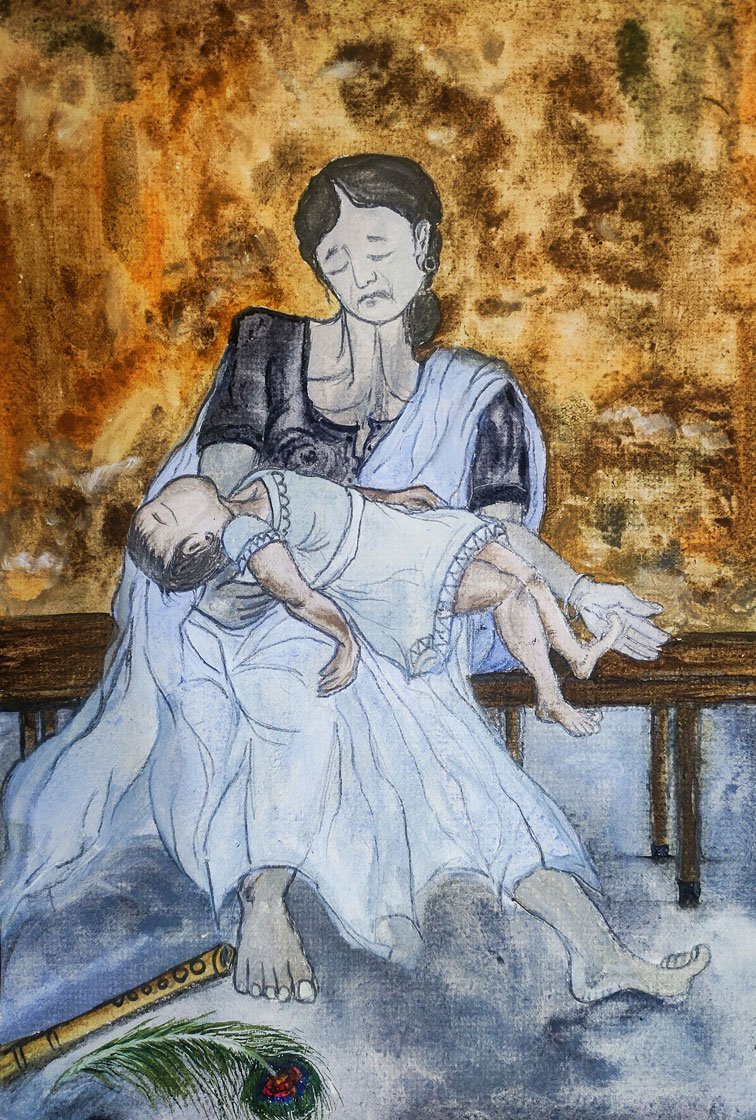 It was the eve of Janmashtami . Krishna had heard that the people of Aryavarta celebrate the occasion of his birth with much pomp and spectacle. Children dressed in holy yellow, colourful processions in the streets, kolams in courtyards, Krishna -lilas in temples, breaking of dahi-handis , joyous dance-performances, all festivities lasting till midnight. This day, he wanted to be a part of it all.

He descended to earth in disguise and walked around familiar places, enjoying the festive sights and sounds. When, suddenly, nearing the city of Gorakh he heard someone moaning in agony. Reaching the source of that horrible sound he saw a man, a little corpse in his arms, trudging across a hospital compound. Krishna’s heart broke. “Oh dear! Who are you in such pain?” he asked, “and who is this child in your arms?" With a thousand-yard-stare the man replied, "You arrived too late, my Lord! My son just died."

Overcome by guilt, Krishna decided to stay with the bereaved father and accompanied him to the burning ghat . A grislier sight awaited him there – hundreds and thousands of dead bodies of children in little heaps of white lined up the ghat. The inconsolable wails of mothers, the seething pain of fathers thumping their chests. He wasn’t prepared for it.

Where were the fancy yellow dresses? What macabre festival was this? Which Kansa condemned these young ones to such an ungodly fate? Whose curse was this? Whose kingdom? Whose orphaned people?

Listen to Devesh recite the poem in Hindi

Listen to Pratishtha Pandya reading the poem in English

Are the children of this city orphans?

Look at the calendar,
August comes and goes…

For some it flows, like tears from the eyes
For some it falls from their trembling hands and breaks
An obstruction in the nose,
it suffocates and kills.

For some a nightmare,
For some a noose,
For mothers of Gorakhpur
it’s fear in the womb
For August is one long year
with no end near.

The mothers’ fears are wrong, they say.
The fathers are liars, they say.

The talk of no oxygen in the hospitals
was a conspiracy of the Mughals.
In truth there is such an abundance of oxygen
at every street corner, at every lane;
Gaumata breathes and exhales oxygen.

In fact it is the excess that kills.
The very word suffocates.

Whose children are they?
From which world do they come?
Whose slums aren’t included in the floats
from another world?
In whose homes does Krishna not incarnate himself
in the middle of the night
but just tumbles into the world.

And they ask for oxygen
and a hospital bed?

The land of Gorakh is about to explode.
Kabir is marooned by sadness.
The shores of Rapti are engulfed in flames.
The city that should have howled
lies in stunned silence

Aryavarta : A term that has been used differently in the Indian context at different points in history and has expanded to the entire subcontinent. It represents the land of Vedic culture, of Ramayana and Mahabharata, as well as of Buddha and Mahavira

dahi-handis : Earthen pots filled with Krishna’s favourite yogurt. On the day of Krishna Janmashtami these pots are hung from a  height and young boys and girls form human pyramids and break them as a way of celebration

Kansa : Lord Krishna’s uncle and the ruler of Mathura, who killed many infants, including the children of his own sister, to protect himself

Gorakh : A 13th century leader and founder of a monastic sect known as ‘Nathas’. Poems attributed to him have come to be known as ‘Gorakh Bani’

Rapti : A river in the eastern region of Uttar Pradesh on the banks of which Gorakhpur is situated

Kabir : A mystic poet-saint from the 15th century

We thank Smita Khator for her significant contribution to this team effort.

Devesh is a poet, journalist, filmmaker and translator. He is the Translations Editor, Hindi, at the People’s Archive of Rural India.

Other stories by Joshua Bodhinetra