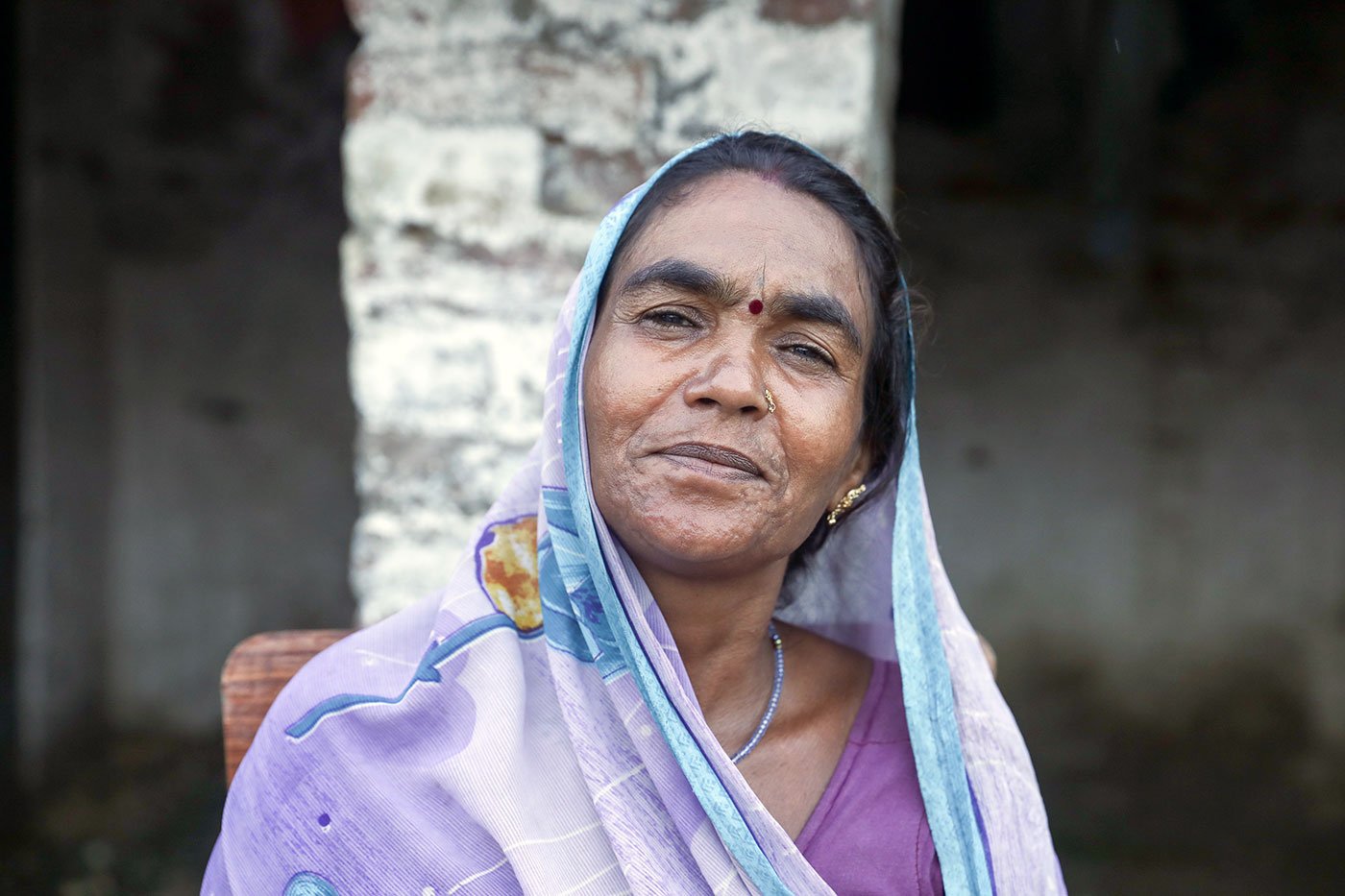 ‘People in the village laughed at my sadness’

Kala-azar, caused by the bite of a sandfly, is a killer disease. A non-fatal strain can cause disfigurement, and brings women stigma, even abandonment – as it did for Vidyapati and Lalmati of Bihar’s Saran district

It began six months before her wedding. But the fever, body ache, weakness and weight loss that plagued Vidyapati Bhagat’s health were never considered serious enough to seek treatment. Not surprising in a country that spends just 1.02 per cent of its GDP on health. And she was a woman – in a society where families are far quicker to seek medical care for men.

“The marriage, in 2013, couldn’t be postponed. One month after my wedding, I was diagnosed with kala-azar. My in-laws insisted that my husband re-marry,” says Vidyapati. She is now 25 and living, for the past two years, at her parents’ home in Bela village of Dariapur block in Bihar’s Saran district. 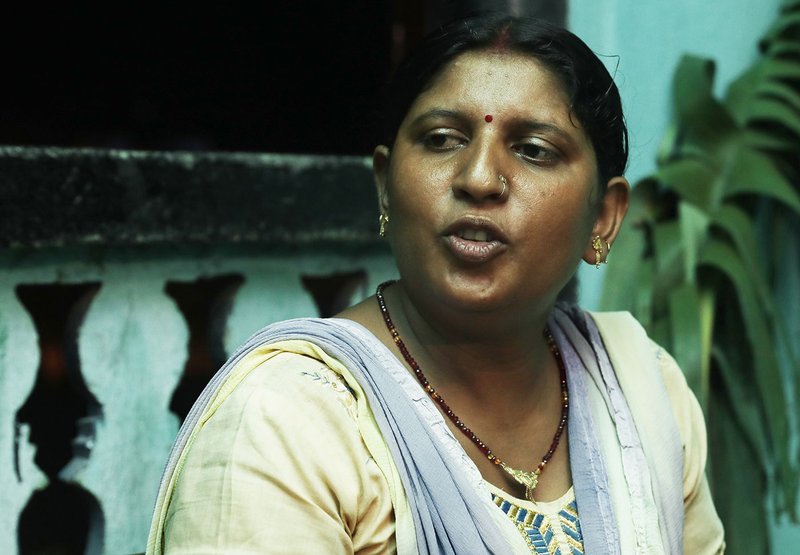 'My face became black, then my chin, then the neck', says Vidyapati

Vidyapati’s disease, scientifically termed visceral leishmaniasis (VL) is a vector-borne illness, caused by the bite of a sandfly. That’s a creature just one-third the size of a mosquito. It thrives in poor housing, moist, cool temperatures, and abundant vegetation. Though the disease begins by affecting the bone marrow, spleen and liver, it might manifest itself some months or a few years later in the more visible form of skin lesions. A recent study by the Drugs for Neglected Diseases Initiative (DNDi), a global organisation, indicates that 5 to 10 per cent of all those who have suffered VL in Asia will develop these lesions.

Worldwide, says the global humanitarian NGO Doctors Without Borders , “Kala-azar is the second largest parasitic killer in the world…only malaria is more deadly.” Though its incidence in India has declined over decades, the country has missed several deadlines – 2010, 2015 and 2017 – for its ‘elimination’.

While untreated VL is almost always deadly, its non-fatal skin manifestation (Post Kala-azar Dermal Leishmaniasis, or PKDL) causes acute disfigurement. That in turn attracts stigma, shame and even abandonment – as they did for Vidyapati.

“My face became black, then my chin, and then the neck,” she says at her parents’ home in Saran – the district which reports most of the state’s kala-azar cases.

Her husband Raju Bhagat, a mason who seasonally migrates to Bengaluru for work, assured her that he would not leave her despite his parents’ insistence. Yet, he neither took her to Bengaluru nor let her stay at his parents’ home in Bihar. “Who will look after you? Go to your mother till you are healthier,” he reasoned. Yet every time he came home on a break, he summoned her to stay with him. The union resulted in two pregnancies. The first, a boy, was still-born. The second, a girl, lived for just a few hours, a possible fallout of the treatment Vidyapati had received for her ailments. 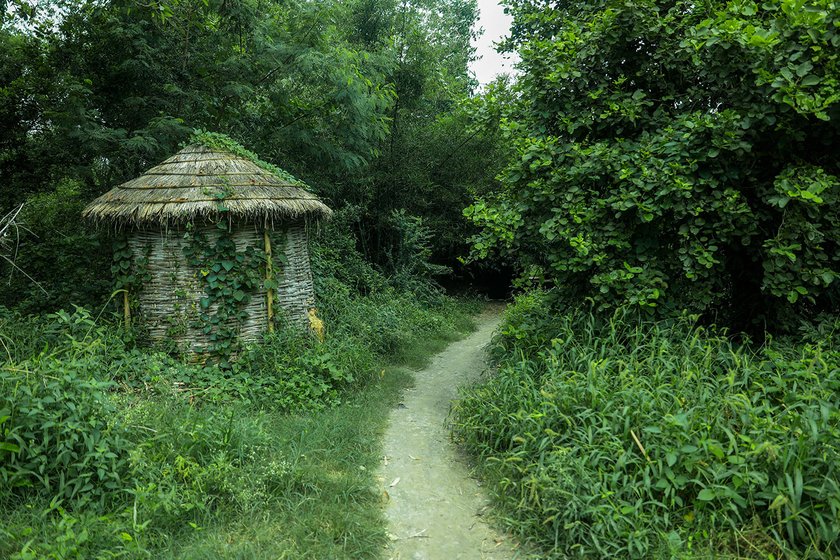 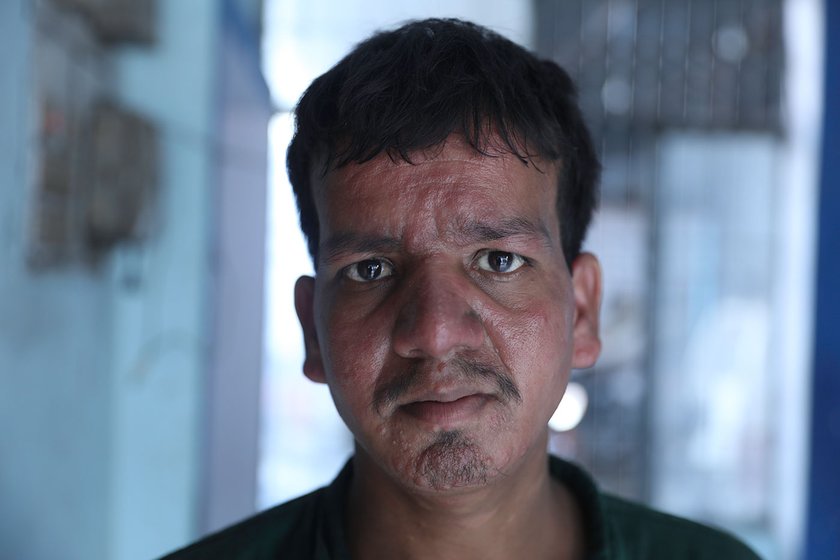 The sandfly ,which causes kala-azar ,thrives in dense vegetation and moist temperatures. Asmat Ali (right) has lived with the PKDL strain for nine years; the lesions on his face are numerous and deep, but he is nonchalant

Yet Bhagat, abused by her husband, scorned by her elder sister-in-law and often referred to as ‘cursed’, believes that a child could still heal her scars. “What can an uneducated woman like me do? But if there was a child, it would be alright,” she whispers.

Bihar is the country’s flash point for kala-azar. According to the latest numbers from the National Vector Borne Disease Control Programme, of the 3,837 such reported cases in the country in 2018, almost four in five were from this state. Bihar also reports some of the country’s worst socio-economic indicators, and the disease of the state’s poor deserves little attention.  Women bear the brunt of its PKDL manifestation.

Asmat Ali, 19, a tempo driver in the village of Mobarakpur in Revelganj block – where Vidaypati’s husband’s home is – displays none of her insecurities. The lesions on his face are numerous and deeper than those afflicting Vidyapati. He says he has lived with them for nine years, yet treatment has not figured in his list of priorities. “There is work to be done,” he says nonchalantly. But he also narrates the tale of a girl in his neighbourhood who suffered like him and sought treatment. “Who would want to marry such a girl?” he asks.

Married, or not, gender inequalities and prejudices make it far more difficult for women to seek and sustain treatment. 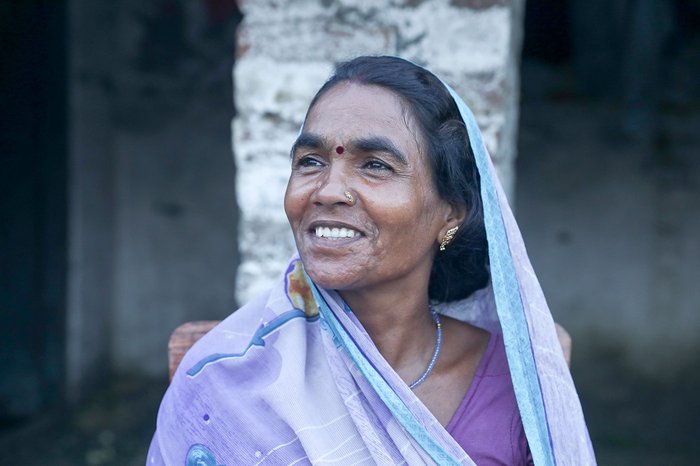 'It started from my face, then spread...', says Lalmati Devi

Bihar is the country’s flash point for kala-azar. According to the National Vector Borne Disease Control Programme, of the 3,837 such reported cases in the country in 2018, almost four in five were from this state

Thirty years of marriage and four children, for instance, have not translated into a right to good health for 51-year-old Lalmati Devi ( in the cover photo on top ), who lives in Bheldi village of Parsa block in Saran district. Six months ago, she began experiencing recurring bouts of fever. Her husband Rajdev Ray says he was too busy with work (he does not specify what kind) to take her to a doctor. She was left to seek opinion from quacks and self-proclaimed health specialists in the village.

“Some said it was an allergy that would fall off on its own. It started from my face, then spread to my legs and stomach. People in the village laughed at my sadness,” she says, after much coaxing. Lalmati’s family though is no stranger to kala-azar. Her youngest son experienced it four years ago. “I took him to the doctor. He is now cured,” declares Rajdev proudly. Yet, when his wife’s condition was finally diagnosed and the treatment left her so restless that she discontinued it, he wasn’t unduly concerned. “She’ll grow out of it and take the medicine.” he shrugs, unconcerned. That the long, toxic and physically discomforting PKDL treatment might require family support to get through, doesn’t seem to have occurred to him.

Bihar has promised to root out kala-azar by 2020. “Special interventions to reach out to vulnerable groups like women and children will definitely help reaching the elimination targets,” says Suman Rijal, director, DNDi India. That is the path the state of Bihar needs to tread if it intends to make good on its promise. The battle against discrimination, neglect and apathy towards women’s health cannot be left to women alone.