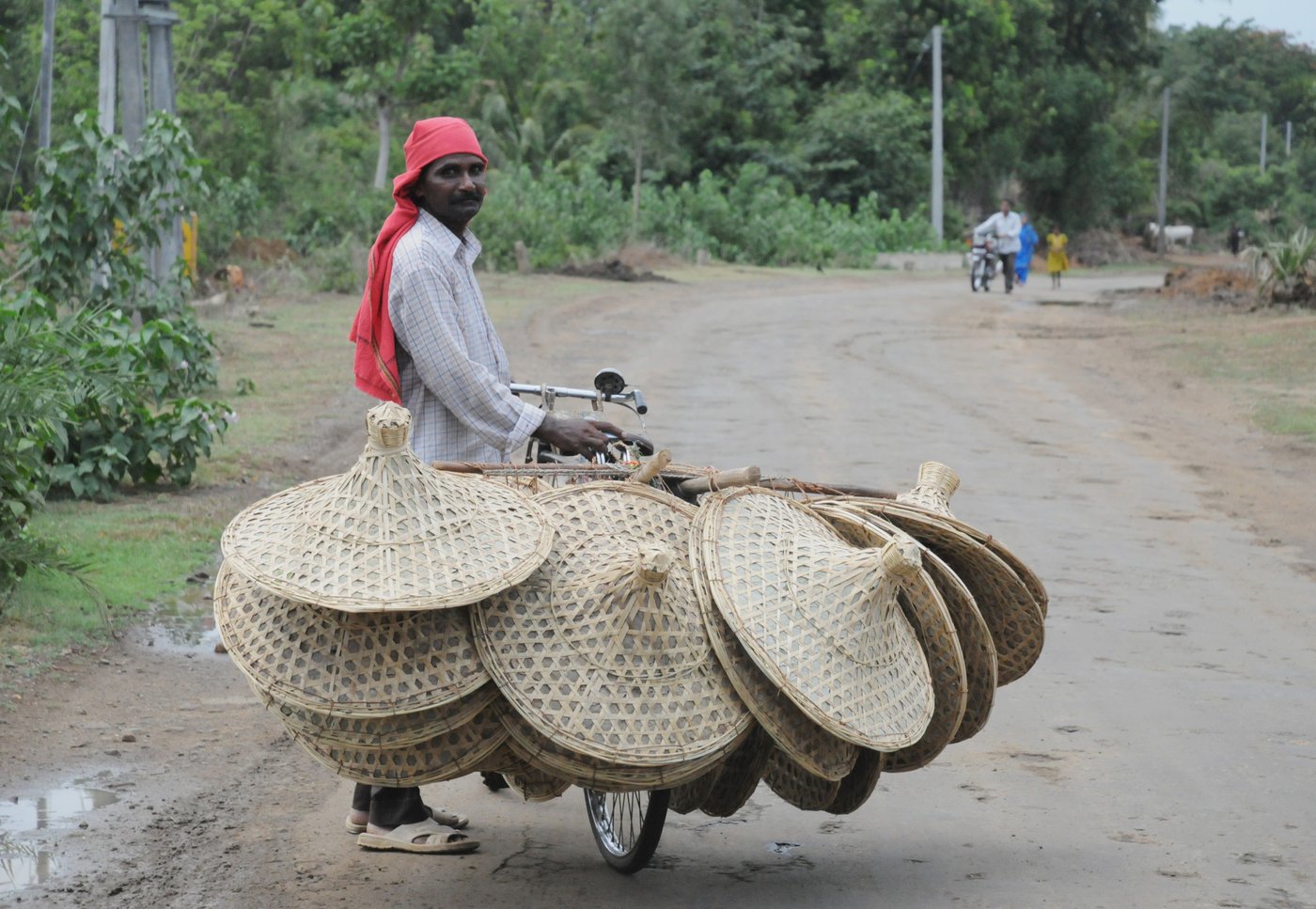 Make in India – with bamboos and leaves

Farmers, labourers and shepherds in rural Odisha wear delicately woven ‘rain hats’ while working. Made by Adivasis, they’re sold by small vendors, who carry them on bicycles across long distances

He was selling those ‘rain hats’ for just Rs. 60 a piece. No, he said, he hadn’t made them. He was only a small vendor who had bought the headgear and perhaps other goods from their actual creators – Adivasis up in the hills. This was along the borders of Ganjam and Kandhamal districts in Odisha – we ran into him in June 2009, just as the rains began.  Each hat – a delicately interlaced mesh of bamboo and leaves –was a work of art. If he was covering large distances on his cycle to sell them for 60 rupees, he had probably bought them for much less from the Adivasis.

You can find variations of these hats – called palari in Ganjam (and chhatur in Kalahandi) across eastern India and in some East Asian countries too. We saw people in Odisha wearing them while working in the fields during the early showers, but they are also worn in other seasons.  Mostly, farmers in the fields, labourers, cowherds and shepherds wear these at work.  My friend and fellow traveller Purusottam Thakur said these were “the umbrellas of the poor.” They did have the contours of umbrellas of a bygone era. Whatever their purpose and seasonality, they were beautifully made.