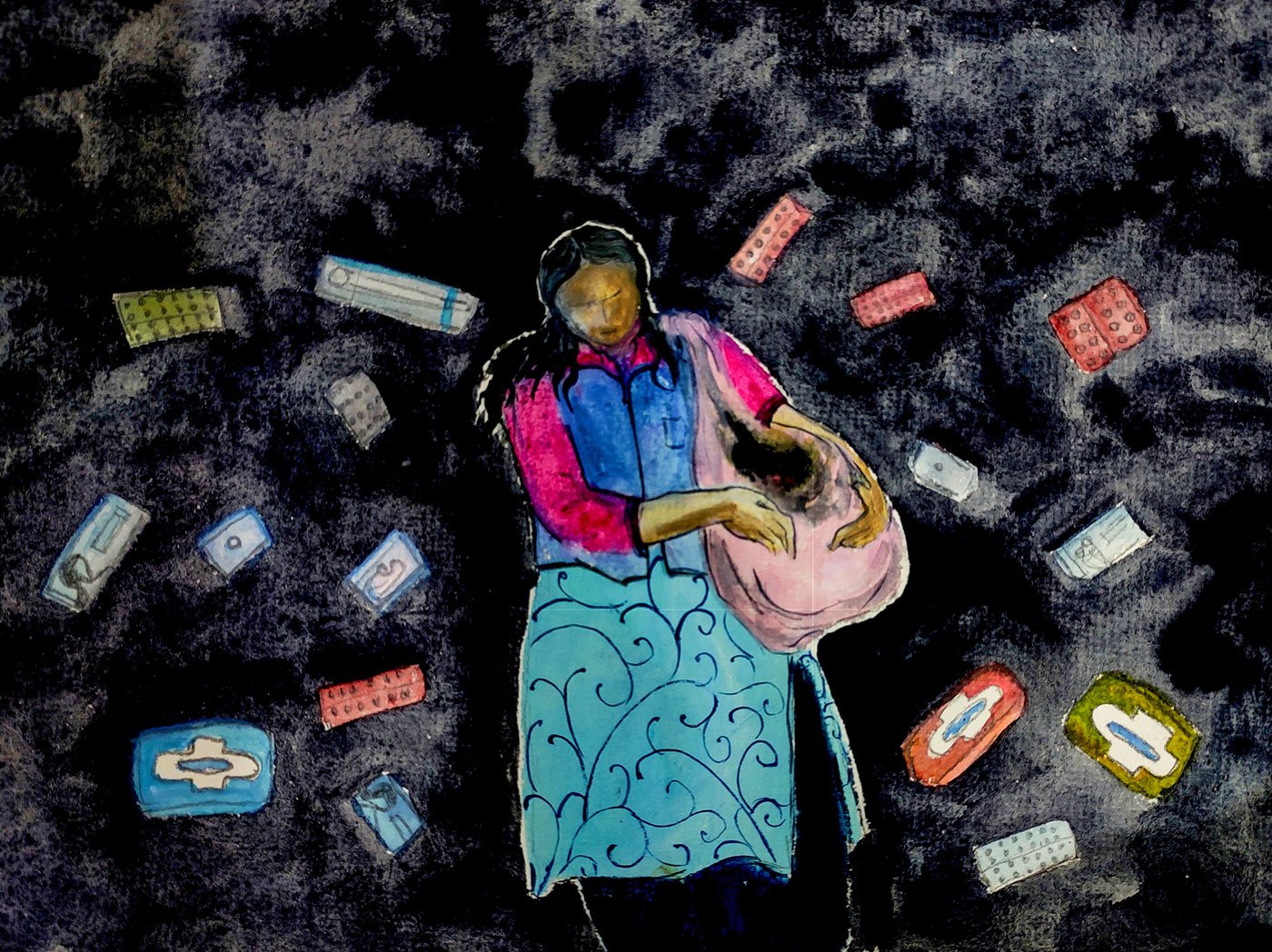 In Tikari: a depot holder of stories and secrets

Armed with a bag of contraceptives and condoms, Kalavati Soni is a trusted friend to women of Tikari village in Amethi district. Her informal conversations keep the message of reproductive rights alive here

“Sometimes, a woman will call me or send a male relative to my house at night to fetch a packet of condoms,” says Kalavati Soni. The late hours don’t bother this 54-year-old ‘depot didi ’ in Tikari village, who supplies essentials to women. “I am open even at night,” she says jokingly, sitting on a charpoy in the veranda of her small house in the village, in Uttar Pradesh’s Amethi district. “Itni koi badi baat nahi hai [It isn’t such a big deal],” Kalavati says about her work.

We have landed up in her house out of curiosity, having heard about ‘depot didi ’ from a non-governmental organisation operating in the village. “Hey, go get that bag,” Kalavati calls out to her grandson. Within seconds, the little fellow comes running with a bulging plastic pouch from inside the two storeyed pucca house. A medley of condoms, sanitary napkins, contraceptive pills, oral rehydration packets tumble out of the bag. She lines them up, as if on display, on the charpoy.

“Itni koi badi baat nahi hai,” she says it like a refrain. “First I used to talk about small matters of the household. We would discuss their home situation, complaints about mothers-in-law, a little bit about children. I used to listen patiently. Slowly, through these conversations – I am quite talkative, you see – I began to realise that all women face the same issues. Then why not help one another? That is all,” she says, by way of explaining how she came to don the role of Tikari’s ‘depot didi ’.

The moniker comes from ‘depot holder’, a health sector term for women from the community who distribute essential provisions and promote good health practices. But Kalavati is not an anganwadi worker or accredited social health activist (ASHA), who formally function as depot holders in villages. Neither is she a jhola chaap (unlicensed medical practitioner). She stocks almost everything women may need for basic reproductive healthcare needs, and also speaks to them about their sexual and reproductive concerns. 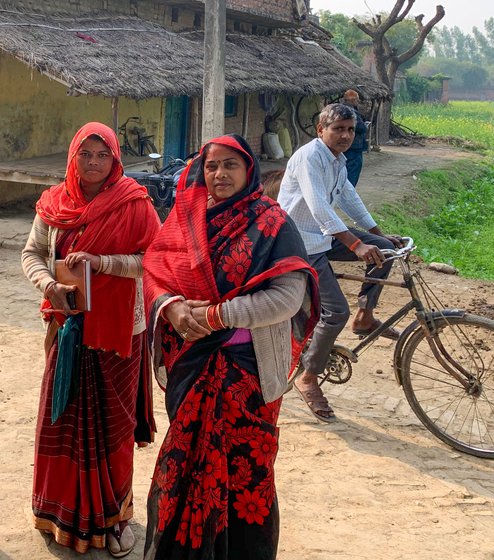 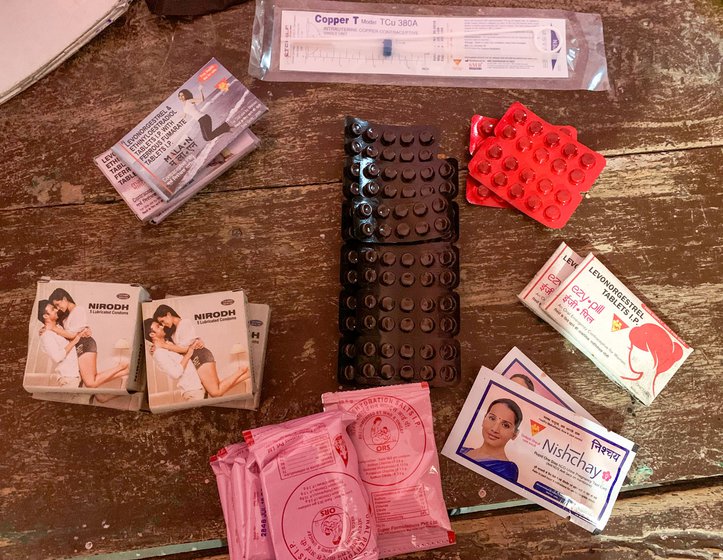 “In these 15 years [of this work] I have seen ASHAs work hard and become increasingly tired. I remember once when one of them could not meet a pregnant woman to give her some iron tablets, I told her to leave the pills with me. And I would make sure, I told her, that she understands the dosage. That’s how it had all begun,” Kalavati says, unsure of the exact date when she started actively helping women in the village.

Working with young brides as well as elders in the family, and commanding goodwill across generations, she has filled an important and intimate space. A flurry of questions unleashes in my mind: how do the women talk about desire and fulfilment, their relationships with spouses and family members, pregnancy and contraceptives? Are they shy and hesitant, or open and upfront? Where are these conversations held? How does Kalavati enable the space for women to find camaraderie, solace, and perhaps information about their own bodies?

“Ten years ago, it took time and effort to speak about these things,” she says. “The elderly in the house [women and men] did not encourage conversations around spacing [births], birth control, or grandchildren. They would say ‘bigaadne aa gayi humari bahu ko’ [‘she’s come to ruin our daughter-in-law’]. But now things are different. The young brides are more aware, curious, and will ask if they want a condom,” says Kalavati. Her informal conversations keep the message of reproductive rights alive. In a friendly banter over a cup of tea with young brides Kalavati drops in bits of information. “I tell them if they want to live a healthy life, they should have a three-year gap between children,” she says.

“Mothers-in-law have also improved,” she smiles, remembering her own, who passed away in February 2020. When Kalavati first started storing these items at home, she used to hide the condoms and pills. Her mother-in-law disapproved of what she was doing and felt there was no need to meddle in other people’s bedrooms and interfere with their future planning. In her final years, though, she had come to support Kalavati. 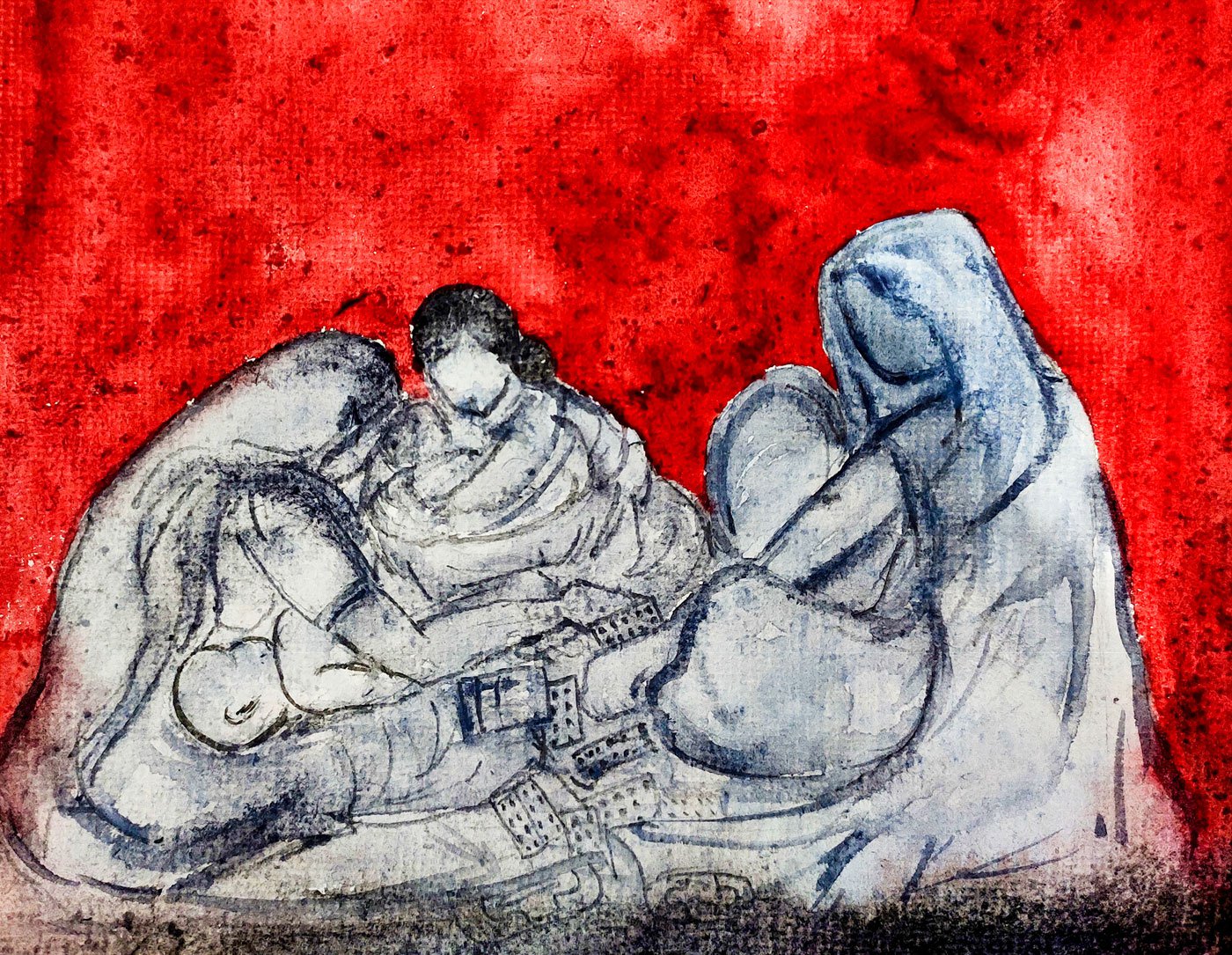 “She felt this was unnecessary, not good work in a sense. When I was still newly married, I had my children in quick succession – twin boys first, and then a girl. Soon I was pregnant a third time. There were complications and pain for days. I wish someone had offered a little advice or guidance on what I could do. I had felt helpless. I lost the baby and it made me very angry,” she says, recounting her own experiences to clarify why she offers her services without even a basic remuneration. “I do it this way because that’s what I think we all need, like advice from a saheli [friend],” she says. And she gets to do it without the pressure and targets of an ASHA worker, she reminds us.

Her approach is informal compared to that of public health workers and NGO employees, who mostly engage with issues of reproductive rights in purely clinical terms. But Kalavati knows well the limitations of the role she has carved for herself. “When a woman is in pain, or if it’s an emergency, they won’t call me,” she says.  They go to an ASHA worker, or visit the public health centre at such times.

Today, she continues to work with ASHA workers, helping with the distribution of condoms, pills and other essentials. Once every fortnight, she goes and collects contraceptives from the health centre in Bhetua block, a 25-minute walk from her house, and stocks it at home for anyone who might need them. They come in handy when women in the village find it difficult to visit the health centre. People come to her seeking condoms and Saheli goli (birth control pill). “I always have them at my house. But I also go and give it to them, making a bahana [pretext] if needed,” Kalavati says.

The pills she gets from the health centre are free. However, she gets the condoms and sanitary napkins to distribute from an NGO working in the area, or purchases it from a local pharmacy with her own money. 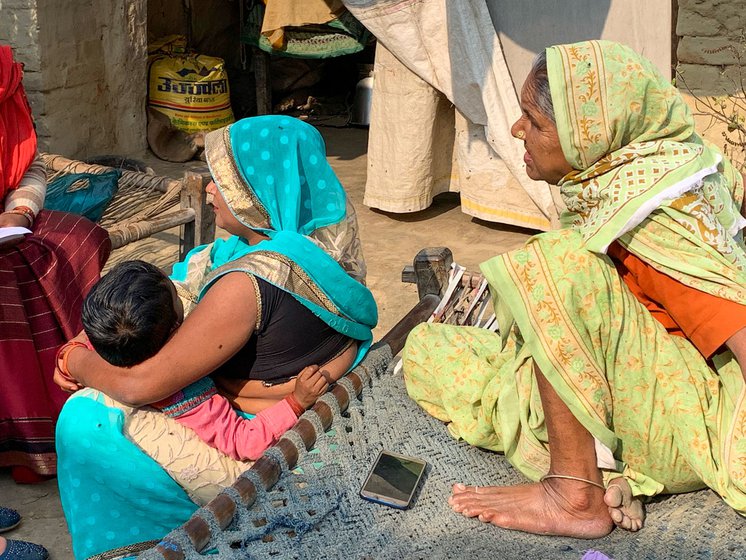 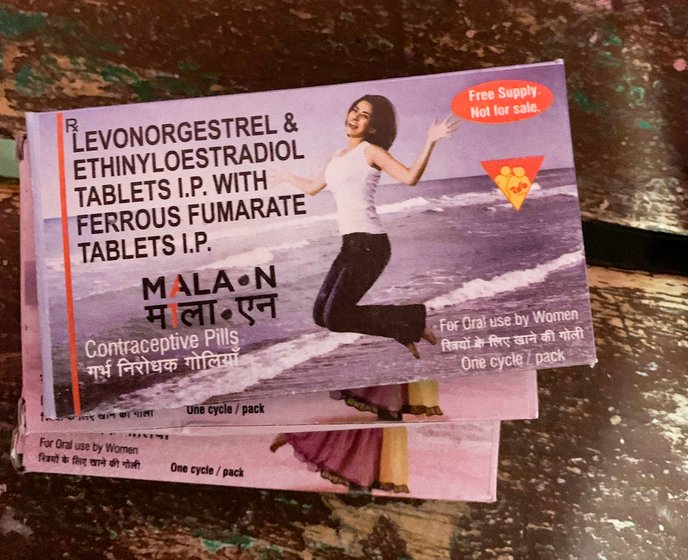 Left: Women of family in Tikari speaking to ‘depot didi ’ Kalavati Soni and ASHA worker Vinita Soni. Right: During the lockdowns in 2020, Kalavati used to meet women secretly and give them contraceptive pills like Mala-N and Saheli, and condoms as well

The lockdown months of 2020 were a big challenge for her. Restrictions on stepping out meant Kalavati was getting five-odd calls daily from women only for contraceptives. “Men were not going out for anything; there was no work and women feared they would get pregnant. Many did. I used to meet them outside secretly, in the fields, and give them condoms and Saheli goli – until I had the supplies,” says Kalavati. Women also have desires and “there is no fixed no timetable for when desire will strike,” she adds.

“I had to ration. The demand was increasing and I could not get anything. What was I to do? Seven women from the village, who I know did not want to get pregnant, did during the lockdown. What can you do?” she asks. When they put the country under lockdown, the authorities hardly thought of women, she feels. “Kaun sochta hai in sab cheezon ke baare mein, ki yeh bhi zaroori hai [Who thinks about these things, that they would be so important]?” says Kalavati.

Over the years, women across age groups have opened up to Kalavati about their lives, goals, and challenges. They have grown to trust her. “I am also a depot holder of all stories and secrets,” she laughs.