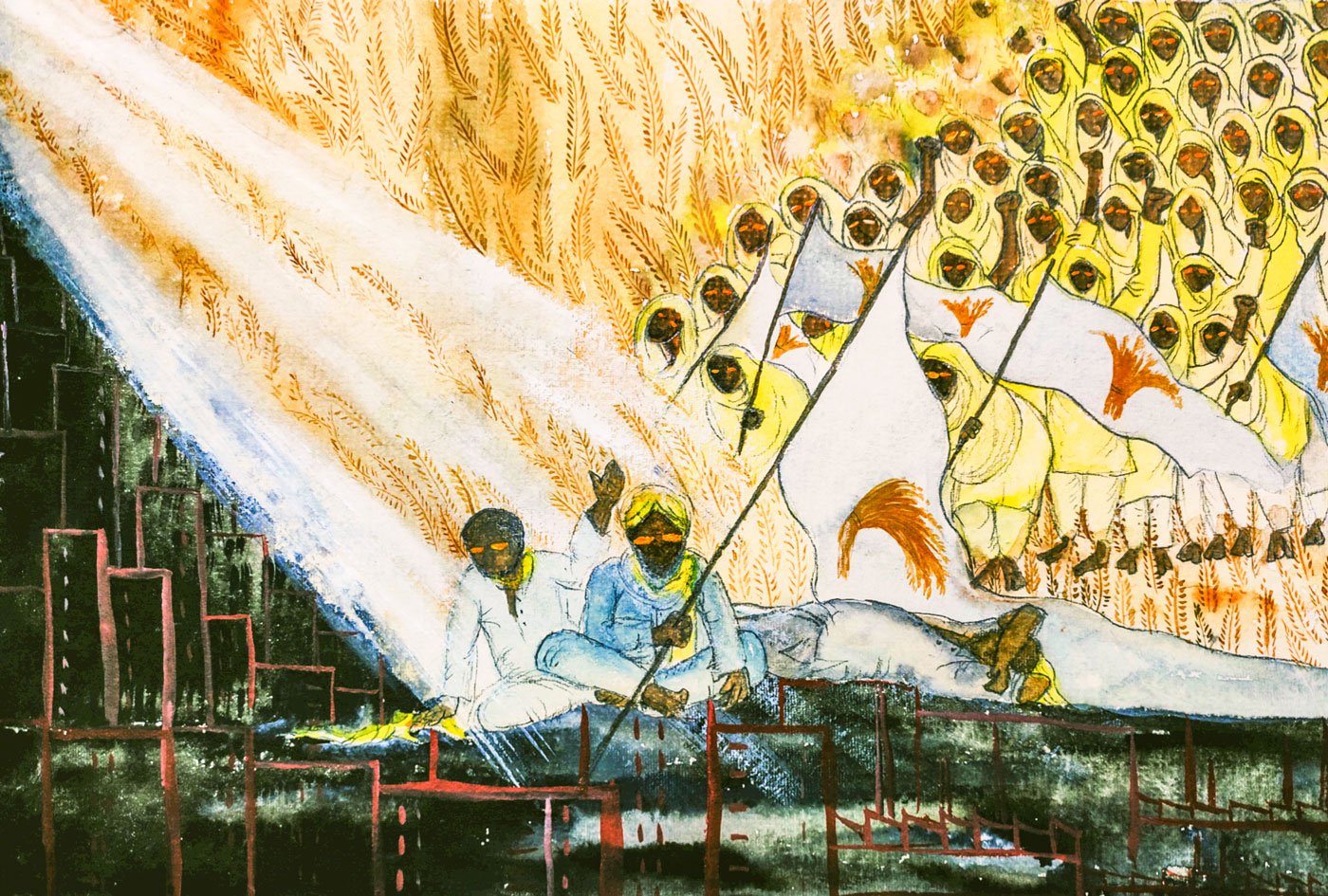 The sultan and the locust plague

It’s nearly 60 days since tens of thousands of farmers protesting against three laws affecting them swarmed to the gates of Delhi. This is a poem inspired by the official response to their protest

The royal flag over the palace was flapping as vigorously as the heart of the new sultan lying wide awake that afternoon on his palatial bed. He had dealt with one rebellious uprising after another since he came to power, putting an end to the despotic rule of a dynasty. He was confident of his prowess, had been to battlefields without armour, flaunting his bare chest, had massacred entire armies of predatory animals single-handed, almost. These were mere insects he had thought, but the pests had turned out to be more untameable than he had assumed. He indeed had a very vivid imagination. It had helped him crush their menace each time. But the December winds were cruel.

What was needed this time was a massive stock of metarhizium anisopliae . That parasitic fungus which grows naturally in soils across the world and destroys insects. A committee of top experts had declared it would be cheaper, more effective and longer lasting to have them killed by that parasitic fungi, a force eating them up from inside. The storage was already arranged by the rich allies. The challenge was to find bands of young ones and hit them hard with biopesticides.

It was already evening, and he was tired. He wished his mind would just rest, stop racing about. It was not just the incessant noise of protesting locusts that had come to occupy the air and make things so unbearable. There was something else tormenting him, from within. Was this his ego? Was he really afraid? Or was he anxious about what might descend in the night? Had he just begun to sense the waning of his powers? This self-interrogation was painful. He let his mind escape through the window with a casual glance outside. The setting sun on the dark horizon looked ominous. 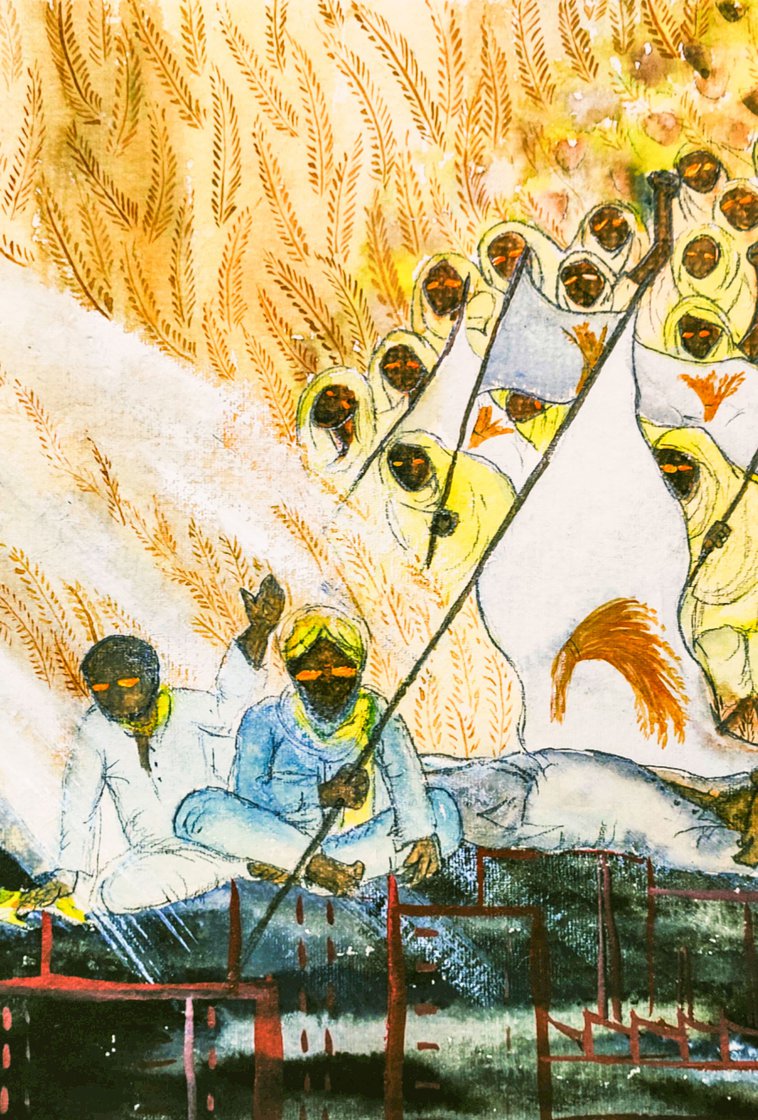 llustration: Labani Jangi, originally from a small town of West Bengal's Nadia district, is working towards a PhD degree on Bengali labour migration at the Centre for Studies in Social Sciences, Kolkata. She is a self-taught painter and loves to travel.

What locusts are these?
What swelling swarms
colouring the skies wheat-gold,
over the sultanate,
marching the long roads to hope!
They fly through snares
of stifling barbed wires
Their short-horned hopes
break the barricades
escape the trenches
meant to trap and bury.

Their fragile chests
face the torrential rain
gushing from water cannons
They wait
in the biting cold air
on foggy winter evenings
That smell of dewdrops gone sour
They wait
for the morning upsurge of light
revolutionary embers
glowing in their eyes.

Neither the drumbeats
nor firecrackers
nor burning of leaves of neem
can scare or distract
this swelling swarms of locusts.
In the long night
rising songs of protest
under their wings
agitate the air
make tiny holes
in tarpaulin sheets
that cover the streets
and rooftops of palaces
before the locust plague
hits the sultanate.