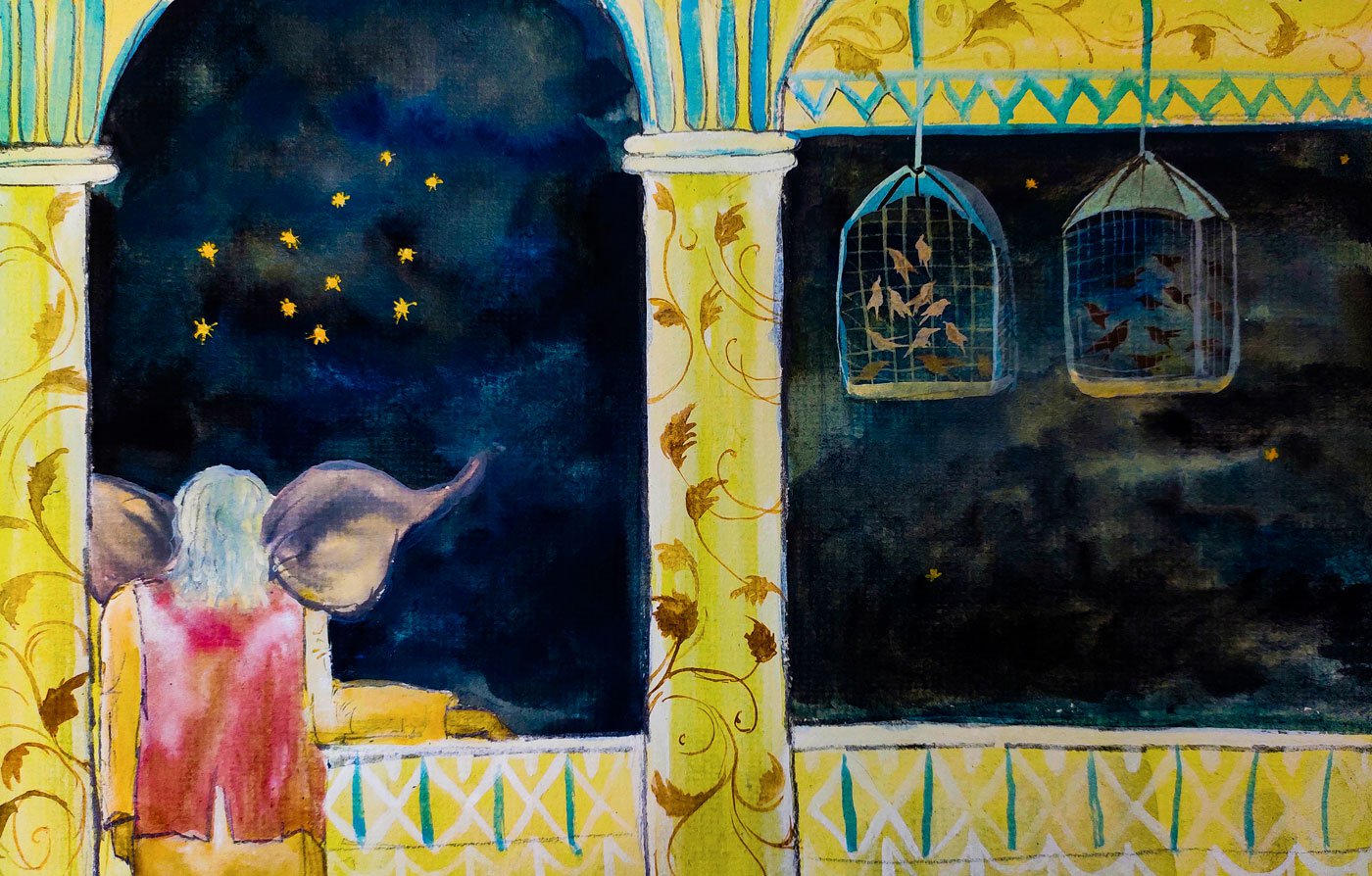 The King and his very secret elephantine ears

A mother remembers a folktale she heard from her mother and writes a little verse about it. Any resemblances to people living or dead are entirely figments of the reader’s own imagination

‘Raja Supadkanno’ – the king with elephantine ears, in Gujarati – was one of my most loved childhood stories. I first heard it from my mother, early on. Later, I heard several versions of it, even reading one of those myself in Gijubhai Badheka’s book of short stories for children. Badheka’s volume had many adapted folktales from across the world, like the one on King Midas’ donkey ears which was perhaps the inspiration for Raja Supadkanno.

It was the story of a king who once, lost and hungry in the forest, had wrung the neck of a sparrow and eaten it. That earned him a curse which left the king with giant, elephantine ears. Back in his palace, he spent the rest of his days hiding his ears, under a variety of headgear and scarves, from the scrutinising gaze of his subjects. But the time came when he had to call in a barber to trim his now out of control locks and unwieldy beard.

The barber was shocked to see the King’s ears. And so the shameful secret of his oversized auricles was now in danger of spilling out. The powerful ruler threatened the humble barber and forbade him from talking about it to anyone. But barbers, chatty by occupational nature, are not the best keepers of secrets. And the king’s hairdresser, struggling with the monarch’s secret, went and whispered it to a tree in the jungle.

The tree, confronted by a woodcutter, burst into a song about the secret of the king’s elephantine ears. The woodcutter sold the magic wood to a drum-maker, who made a drum out of it that sang the same song whenever played. And a man seen playing the drum in the streets was straightaway hauled before the ruler himself… The story, I remember, went on for a while until the king learned that one way of absolving himself of his sins was to set up a bird sanctuary in his kingdom.

Listen to Pratishtha Pandya recite the poem in Gujarati

Listen to Pratishtha Pandya recite the poem in English 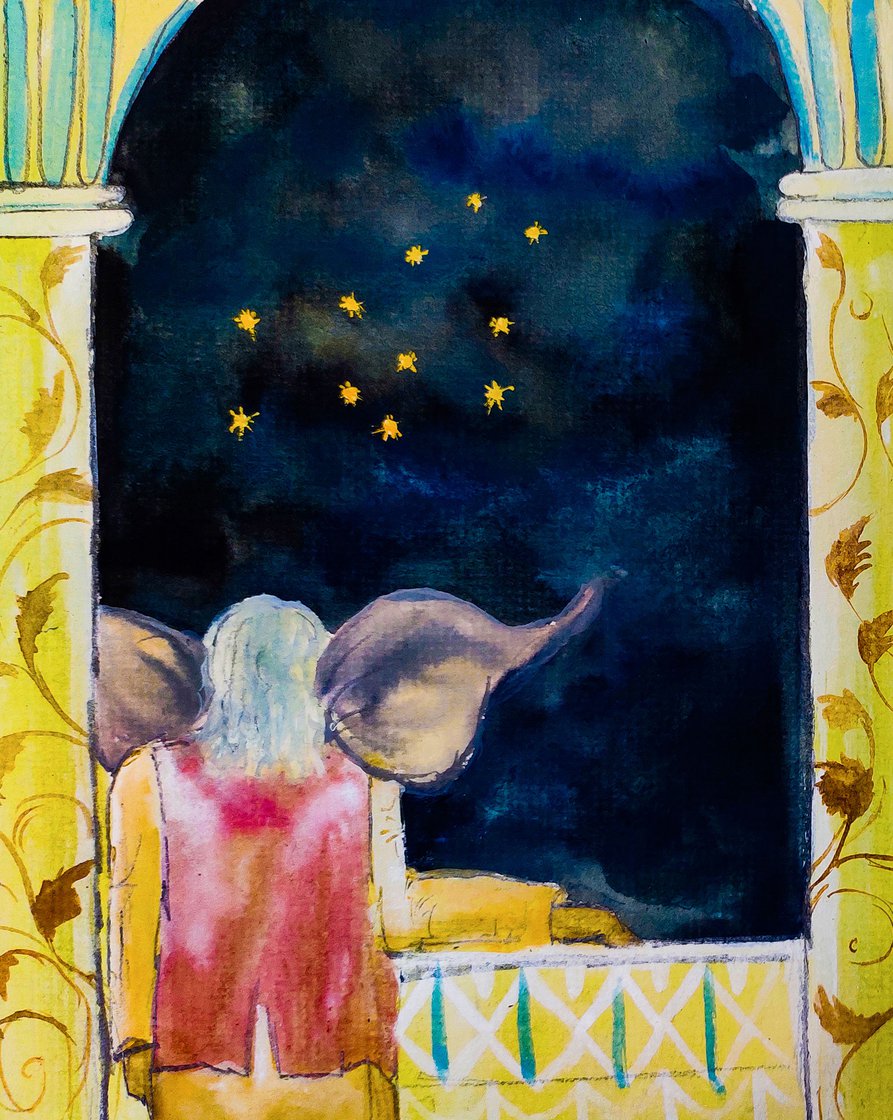 The King has elephantine ears

Where are the starlings gone;
I had spotted them once
and not before too long?
Who spread the secret net?
Who laid the seeds' trap?
Stop suspecting foul play,
conspiracies all the way –
that the king has elephantine ears.

If you were to exile the starlings
chase them from their nests,
the trees, the woods, the fields and the rest,
then would they still have the rights
to their lives, their songs, their singing,
and the right to the flapping of their wings at will?
Stop asking questions that stir the pot.
What are starlings in front of a King?
Silence empty slogans –
Chidiyan bachao, raja hatao –
that the king has elephantine ears.

The leaf says, 'I am the witness,
trust me or go ask the sky.
It is the king who killed the starlings.'
Believe me, says the wind,
I have heard them
in his stomach the starlings do sing.
But you don't listen to all that people say,
don’t believe what your eyes see
and if you have to believe, so be it
but you dare not think twice –
that the king has elephantine ears.

What a king, and what a country!
Who dresses like a god,
and devours the hungry?
Don’t get into such useless gossip, I pray.
Don’t fight with your soul all day.
If you see a wall
Of course you will find fissures.
But don’t delve deep
in every fissure, every hole.
The truth you will find
at every other village square
speaking in a thousand different tongues.
Don’t you go on that insane chase.
Don't even talk to a dumb little plant.
You don’t need to sing it,
nor drum it around –
that the king has elephantine ears.

Translated from the original Gujarati by the poet.