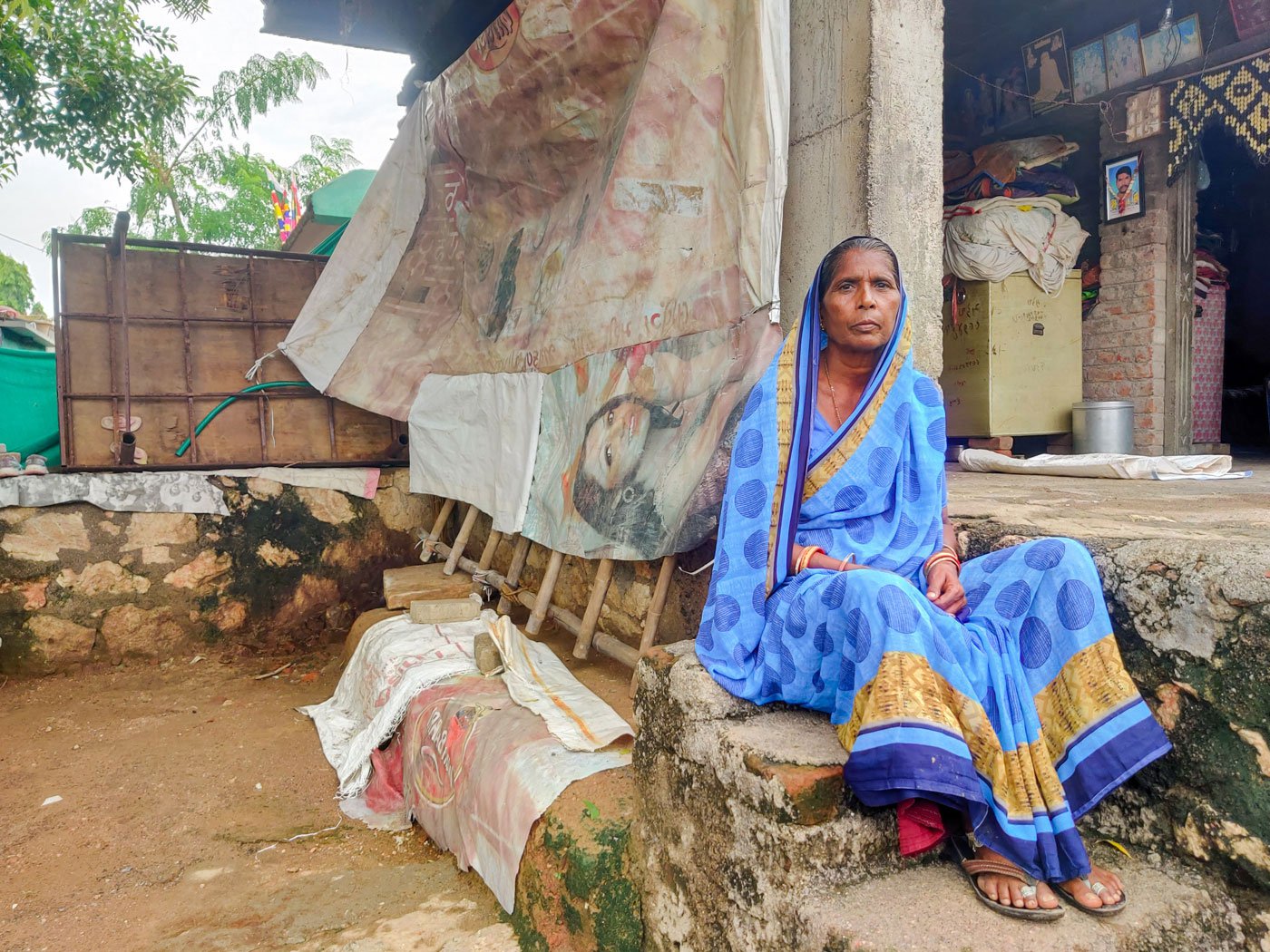 In Gujarat: ‘Everyone drinks, only the poor die’

The bitterness and sarcasm is dripping in Gauri Parmar’s voice when she says, “Where is the ban on alcohol?”

“It is either a fraud or maybe my village is not in Gujarat,” adds Gauri. “The men in my village have been getting drunk for years.” Her village, Rojid, is in Gujarat's Botad district.

Gujarat is one of three ‘dry’ states in India where citizens cannot purchase or consume alcohol. Its manufacture and sale could land a person in prison for up to 10 years, under the Gujarat Prohibition (Amendment) Act, 2017.

But Gauri, 50, has seen the rule flouted with impunity ever since she arrived in Rojid as a bride more than 30 years ago. She has seen alcohol being brewed locally and sold in polythene pouches to willing customers.

The dangers of making such alcohol are far-reaching – and fatal. Bootleggers use toxic additives sometimes to speed up the process.“They mix liquid sanitiser, urea and methanol,” Gauri says.

In July 2022, such illegally produced hooch killed 42 people in Gujarat; nearly 100 were hospitalised in Ahmedabad, Bhavnagar and Botad districts. And of those who died, 11 from one village, Rojid, in Botad’s Barwala taluka . 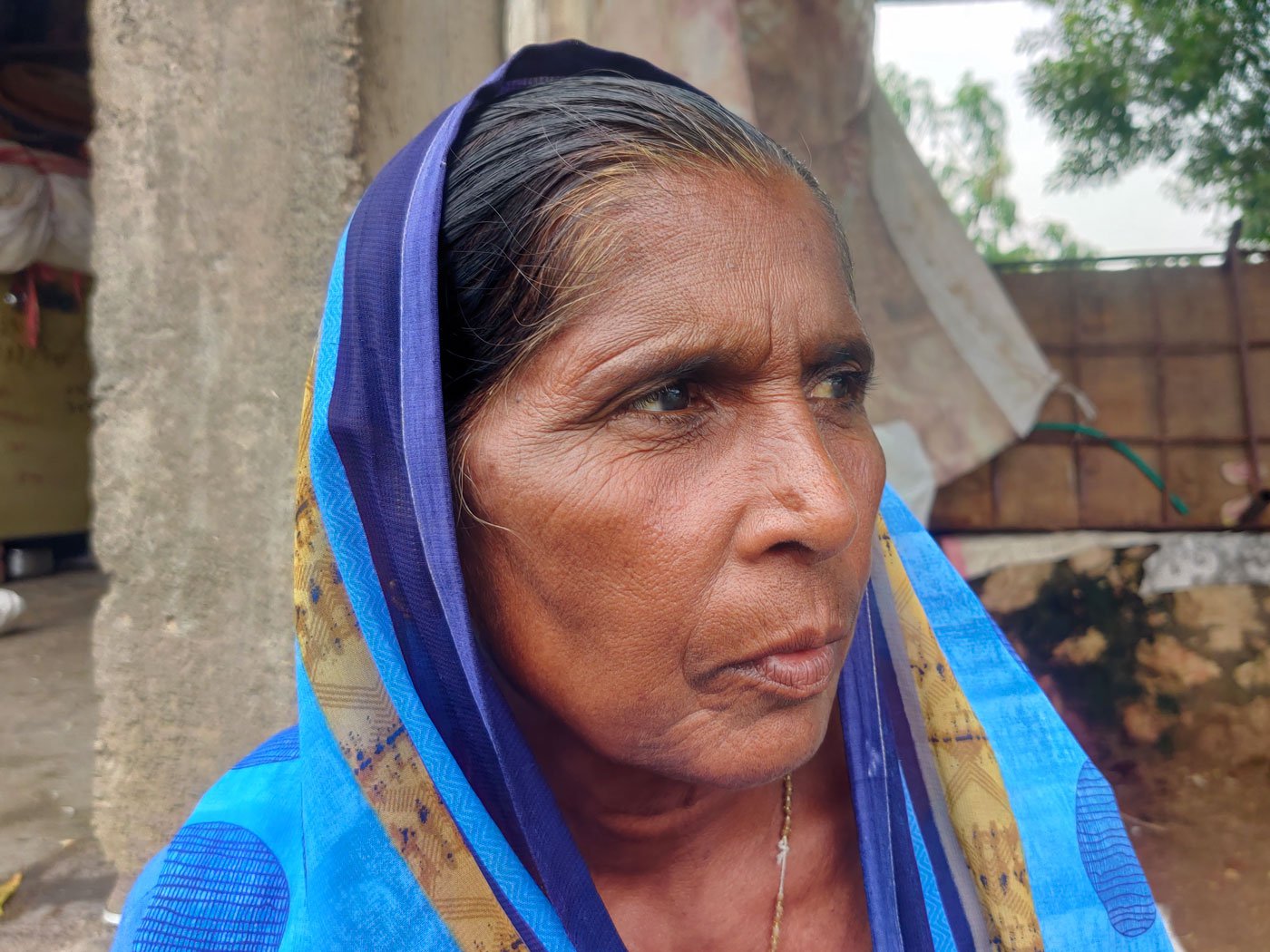 Gauri Parmar lost her son, Vasram, to methanol-poisoned alcohol that killed 42 people in Gujarat in July 2022

“My son, Vasram, was one of them,” says Gauri. Vasram, 30, was the sole earner of the household, which includes his wife and two children, 4 and 2 years old. The family belongs to the Valmiki community, a Scheduled Caste in Gujarat.

Gauri remembers the morning of July 25, 2022. Vasram was feeling uneasy and short of breath. The family took him to a private clinic in Barwala, where the doctor told them that he did not have the required treatment facilities. Vasram was then taken to the community health centre in Barwala. “There the doctors gave him an injection and put him on saline drip for a while,” says Gauri. “At 12:30 in the afternoon, they asked us to take him to the district hospital in Botad.”

The hospital was 45 minutes away, and Vasram complained of chest pain throughout the journey. “He said he had difficulty breathing,” says Gauri. “He had been vomiting too.”

At the Botad District Hospital, the doctors wouldn’t tell her what was wrong. There was no communication, says Gauri. When she asked them, she was told to leave the ward.

Gauri helplessly watched the doctors pump her son’s chest. She knew that alcohol had brought him to this state, but she didn’t know the extent of the damage it was causing him. “I kept asking them what was wrong, but they didn’t tell me anything. When your son is in hospital, you want the doctors to talk to you, even if it is bad news,” she says.

The dismissive attitude of doctors towards patients and their relatives – especially people living in poverty and from marginalised communities – is not uncommon. “No one pays attention to the poor anyway,” Gauri says.

It is also why the Charter of Patients’ Rights and Responsibilities (approved by National Council for Clinical Establishments in August 2021) says that a patient or their representative has the right to receive “adequate relevant information about the nature, cause of illness.” The charter also says there can be no discrimination in treatment on the basis of social origins (such as economic status or caste). 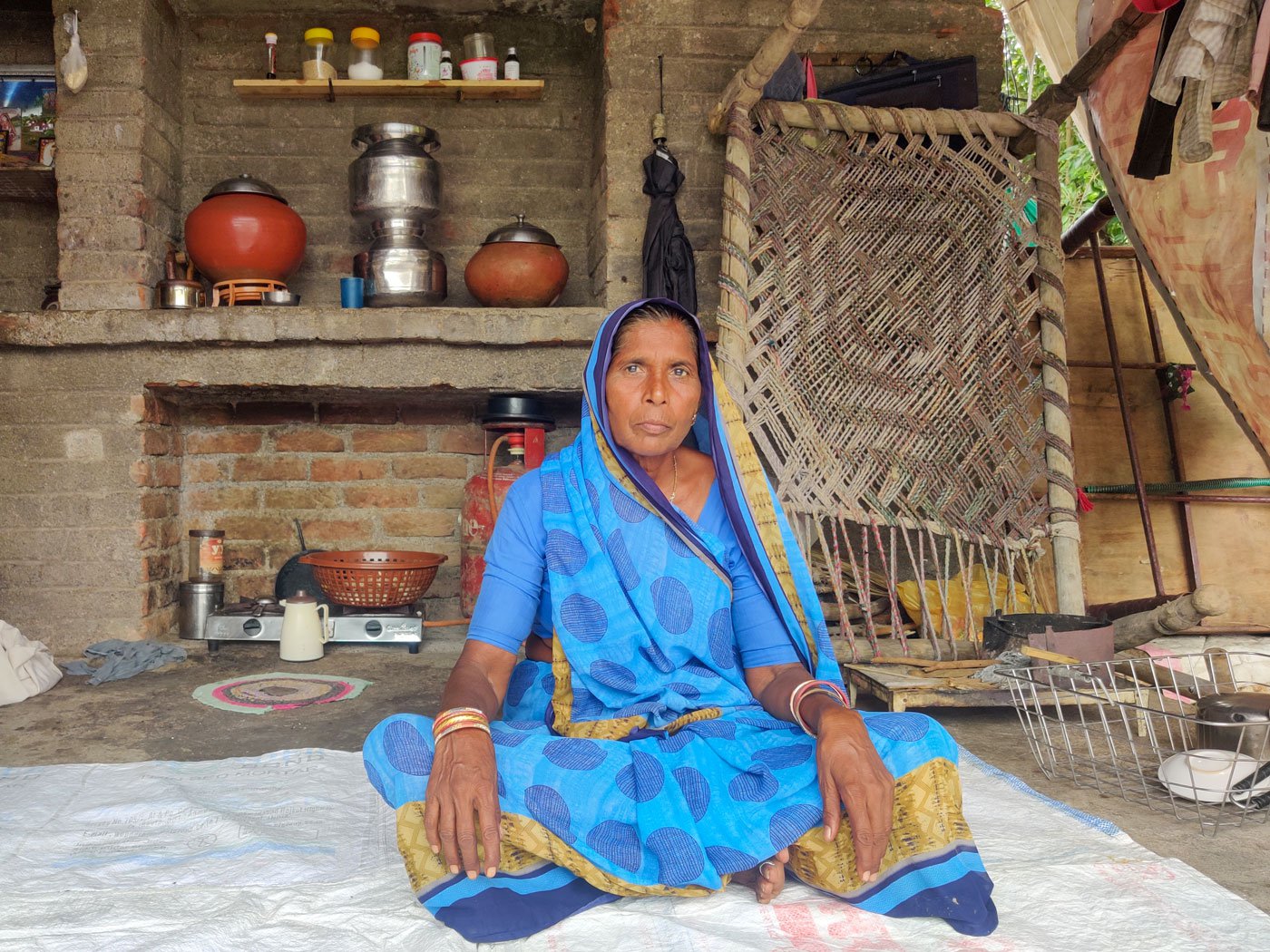 Gauri in her hut in Rojid village of Botad district. From her village alone, 11 people died in the hooch tragedy last year

A few hours after Gauri was told to leave the ward, the district hospital doctors referred Vasram to a private hospital in Botad – without telling his family why. Vasram, who was shifted there, died at 6:30 that evening.

“The alcohol ban is a joke,” Gauri repeats. “Everyone in Gujarat drinks. But only poor people die from it.”

Alcohol poisoning has been a public health problem in Gujarat for more than four decades. Consumption of toxic alcohol has killed hundreds over the years. The worst of the hooch tragedies took place in July 2009, when 150 people died in Ahmedabad district. Two decades before, in March 1989, 135 had died in Vadodara district. Mass deaths first occurred in 1977 in Ahmedabad – 101 people were killed in the city's Sarangpur Daulatkhana locality. In every one of these cases, high concentration of methyl alcohol (methanol), was identified as the cause.

There are no standard specifications for making the alcohol. Country liquor is usually manufactured by fermentation and distillation of molasses or plant extracts. But when the demand is high, bootleggers resort to adding industrial ethyl alcohol, which is present in hand sanitisers too, and even the highly toxic methanol.

It is just the tip of the iceberg, say observers.

The circulation of alcohol is a business in which both police and politicians (besides bootleggers) are involved, says Ghanshyam Shah, a senior sociologist based in Ahmedabad.

Successive government inquiry commissions set up to investigate and prevent hooch tragedies, including the Laththa (Hooch) Commission of Inquiry chaired by Justice K.M. Mehta after the 2009 incident, have highlighted the ineffective implementation of prohibition policy. 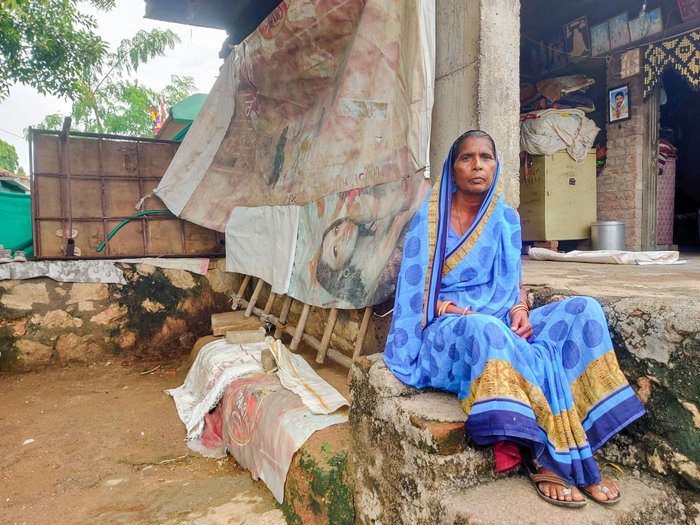 Alcohol poisoning has been a public health problem in Gujarat for more than four decades. Consumption of toxic alcohol has killed hundreds over the years. The worst of the hooch tragedies took place in July 2009

Liquor consumption is permitted only on health grounds in Gujarat, and that too if a doctor prescribes it. Alcohol is however available to out-of-state visitors, who can get a temporary permit to purchase it at authorised shops.

“For the middle class and upper middle class, alcohol is available at marked-up rates,” Shah says. “The poor can’t afford it so they go for the cheap liquor made in villages.”

Doctors say that even if spurious alcohol does not kill the consumer immediately, it could impair vision, cause seizures and permanent damage to the brain and liver.

Unfortunately, public medical infrastructure in Gujarat is not equipped to deal with this health concern.

To begin with, the district hospitals – emergency care centres for people in rural areas – are not equipped with enough beds. A 2021 report by NITI Aayog on the performance of district hospitals in the country says that Gujarat has an average of 19 beds for every 1 lakh population. It is less than the national average of 24.

And there is a lack of doctors at the district and sub-district hospitals, of which there are a total 74 in rural Gujarat. According to Rural Health Statistics (2020-21), only 588 doctors are in position in them, when there should be 799.

At the 333 community health centres (CHCs) in rural areas of the state, there is a shortfall of 1,197 specialist doctors: surgeons, obstetricians-gynaecologists, physicians and paediatricians. 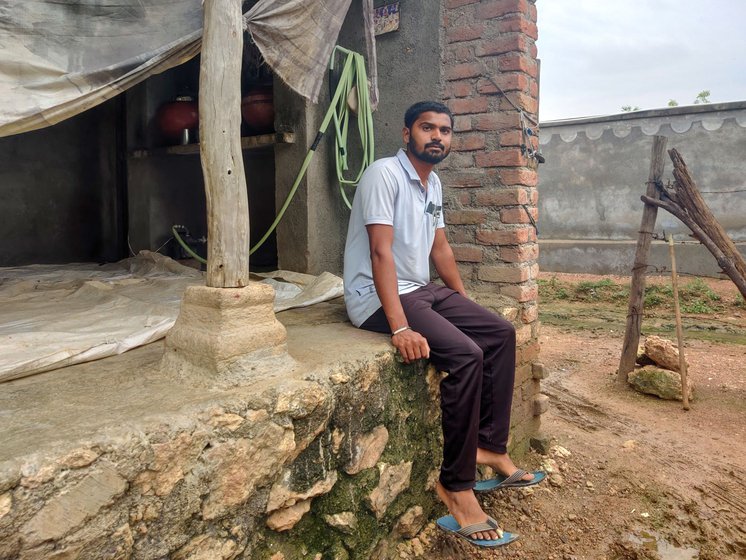 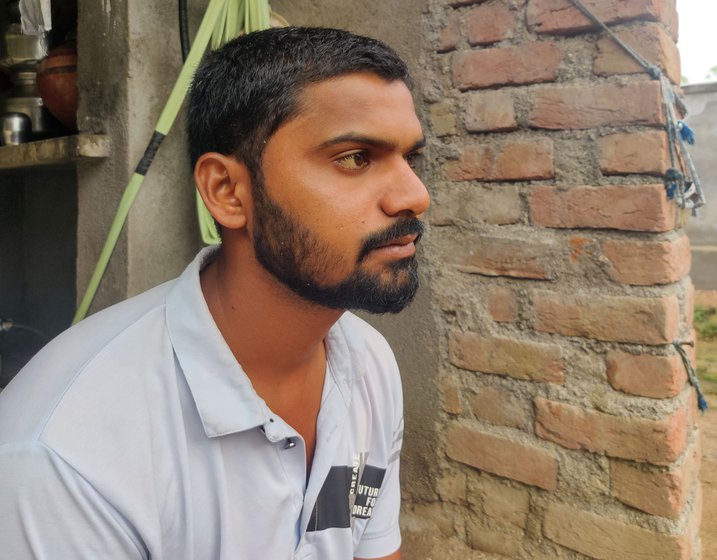 Karan Veergama in his home in Rojid. He is yet to come to terms with losing his father, Bhupadbhai

It was overworked staff that met Karan Veergama, a 24-year-old daily wage labourer and farm worker, when he took his father to Sir T Hospital, the civil hospital in Bhavnagar on July 26, 2022. “The hospital was so crowded that we couldn’t figure out where to go,” he says. “The staff was busy and nobody knew what to do.”

The report of the Laththa Commision of Inquiry had noted that there had been no emergency preparedness, especially during the initial hours of the tragedy, to deal with the alcohol-related deaths in 2009. The commission also highlighted the lack of a treatment protocol for methanol poisoning.

Karan’s 45-year-old father, Bhupadbhai, who was a farm worker too, had consumed the same batch of alcohol that had sent many others in Rojid to hospital. At 6 a.m. that morning, he had started to feel uneasy and had trouble breathing.

When Karan took him to CHC Barwala, the staff didn’t even look at Bhupadbhai and referred him to the Bhavnagar hospital straight away. They knew that a batch of alcohol was making people sick. “They knew what was wrong,” says Karan. “Instead of wasting time, the CHC asked us to go to Bhavnagar. It is the best option for us from here in terms of facilities.”

But the hospital, about 80 kilometres away, is a two-hour drive. “The road from Rojid to Bhavnagar is not great. That is why it takes two hours,” says Paresh Dulera, who drives the 108 ambulance in the area.

Dulera recalls that when he picked up Bhupadbhai, the patient didn’t need a stretcher. “He stepped inside the ambulance without much help.”

The ambulance service, which operates under the public-private-partnership model, gives pre-hospital care during an emergency. Dulera says an auxiliary nurse midwife and a general nurse midwife are attached to it, and the vehicle is stocked with an oxygen cylinder, saline bottles and injections. 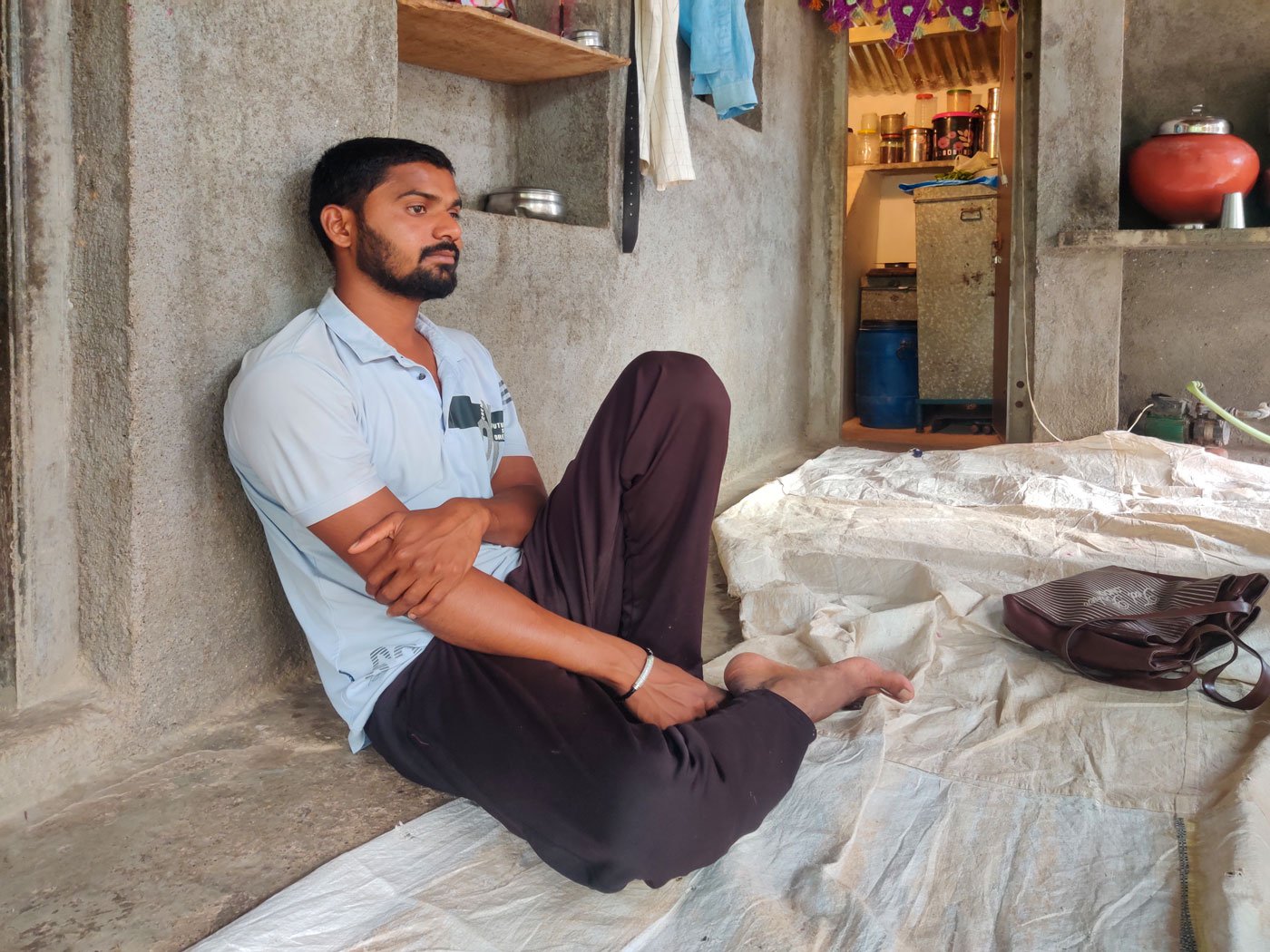 ‘I need to know how or why his [Bhupadbhai's] health deteriorated so rapidly,’ says Karan

Amidst the chaos in the hospital, Bhupadbhai was admitted to the intensive care unit. “The staff took him in, but we couldn’t even ask any questions because of the overcrowding,” says Karan. “An hour later, we were told he had passed away. We couldn’t believe it,” he says, repeating over and over again that his father was all right when he entered the ambulance.

“I know he is gone,” Karan says. “But I need to know how or why his health deteriorated so rapidly. We [the family] need some explanation, some closure.” The reason for the deadly outcome was not explained to him.

By July 27, 2022, the police had held 15 persons on charges ranging from acquiring methanol to making and selling the spurious liquor. A massive police crackdown against bootleggers across the state, reported on July 29, led to over 2,400 arrests and seizure of illicit liquor worth Rs. 1.5 crores.

The fallout of police action has been swift in Botad: the pouch of homemade alcohol that sold at Rs. 20 is now going for Rs. 100.