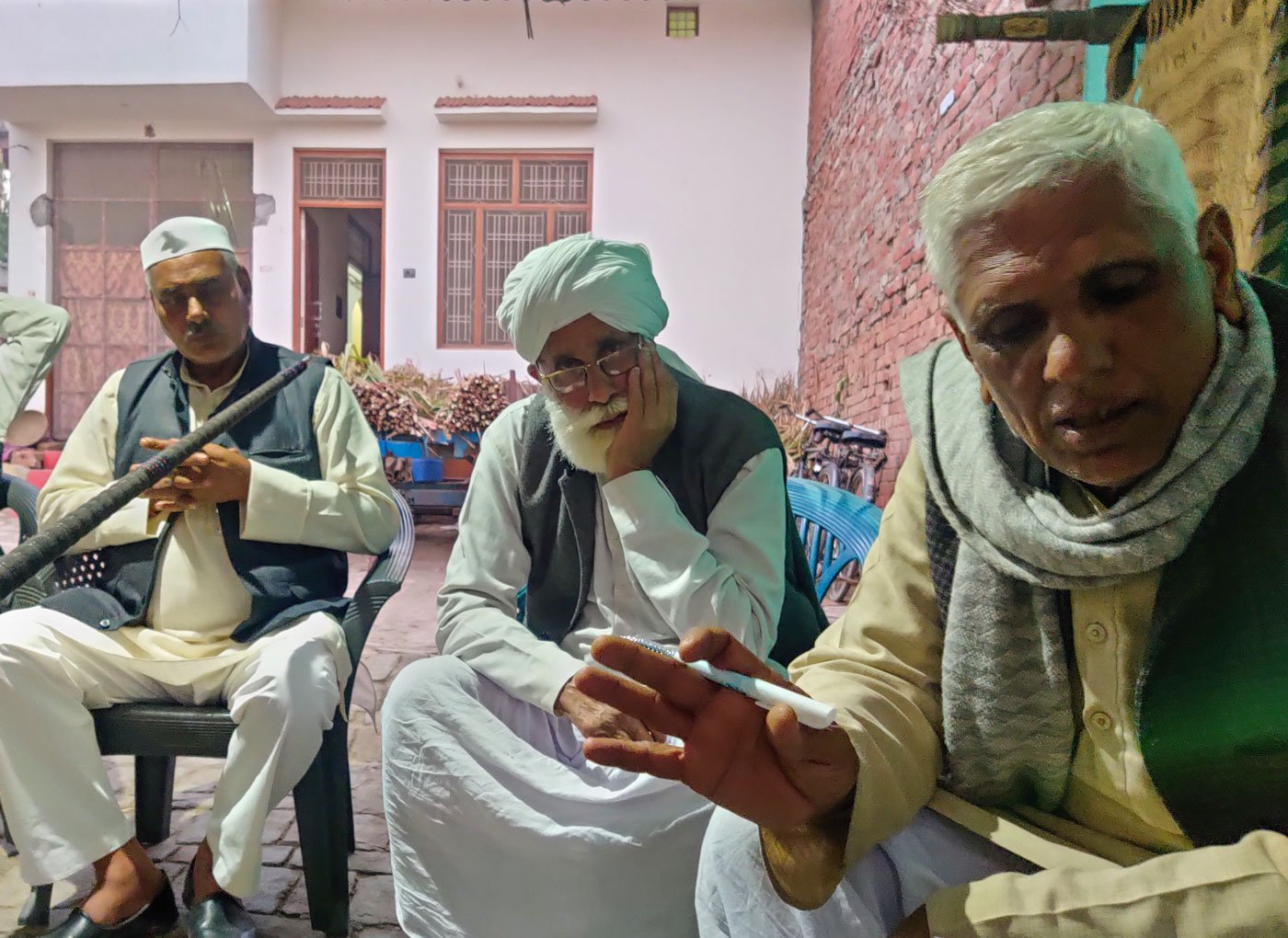 Baghpat farmers: ‘How long will the lies work?’

Farmers' protests have been on at sites beyond Delhi’s borders. One in Uttar Pradesh was dismantled by a late-night crackdown – with some leaders dubbed ‘suspects’ in the Republic Day violence in the capital

If it weren’t for the violent blows of police lathi s, the farmers protesting in Uttar Pradesh’s Baghpat district would not have left their protest site on January 27. “The protest had been going on for 40 days,” says Brijpal Singh, 52, a sugarcane farmer from Baraut town, where the sit-in was held.

“It was not even a rasta-roko . We were peaceful, and exercising our democratic right. On the night of January 27, the police suddenly started beating us up. They tore our tents, and took our vessels and clothes. They didn’t even care for the elders and children,” added Brijpal, who owns five acres of farmland in Baraut.

Until that January night, about 200 farmers from all over the district had been staging a protest on the Baghpat-Saharanpur highway in Baraut, against the new farm laws. They are among lakhs of farmers across the country who have been protesting ever since the central government introduced three new farm laws in September 2020.

Farmers in Baghpat and other parts of western Uttar Pradesh (UP) have also been demonstrating their support for those famers – mainly from Punjab and Haryana – agitating at the borders of Delhi since November 26, 2020, demanding a repeal of the laws.

“We received threats, phone calls,” says Brijpal, who is also the local leader of the Desh khap – the all-male council of the Tomar clan in Baghpat region. “The [district] administration threatened to fill up our farms with water. When nothing worked, the police lathi -charged in the night when we were sleeping. We were caught by surprise.” 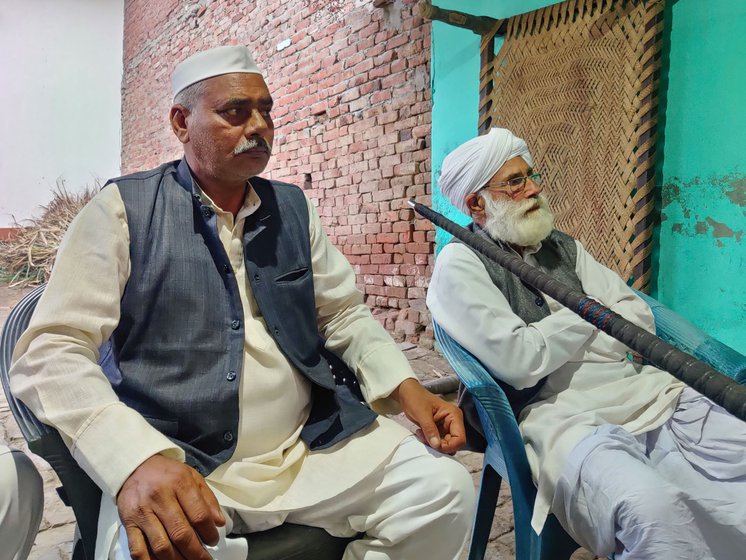 Before his bruises could heal, Brijpal received another shock – a notice from Delhi Police informing him to appear at Seemapuri police station in Delhi’s Shahdara district on February 10. The notice said that he would be questioned about the violent events in the national capital on January 26, during the farmers’ Republic Day tractor rally.

“I was not even in Delhi,” says Brijpal. “I was at the dharna [in Baraut]. The violence happened 70 kilometres from here.” So he didn’t respond to the police notice.

The farmers’ protest in Baraut had been going on until the night of January 27, confirms Baghpat’s Additional District Magistrate, Amit Kumar Singh.

Eight other farmers who protested in Baraut also received notices from Delhi Police. “I didn’t go,” says 78-year-old Baljor Singh Arya, a former sepoy of the Indian Army. His notice said that he had to appear on February 6 at the Pandav Nagar police station in East Delhi district. “I have no clue why I am being dragged into it. I was in Baghpat,” says Baljor, who farms on his two-acre plot of land in Malakpur village.

The Baghpat farmers are “suspects” in the Delhi incidents, said Sub-Inspector Niraj Kumar from Pandav Nagar station. “The investigation is going on,” he told me on February 10. The reason for sending the notices cannot be disclosed, said Inspector Prashant Anand from Seemapuri. “We will see whether they were in Delhi or not. We have some inputs. That is why we sent the notices.”

The notices sent to Brijpal and Baljor cited the first information reports (FIR) registered at the Delhi police stations. The FIRs listed various sections of the Indian Penal Code pertaining to rioting, unlawful assembly, assault on a public servant, dacoity and attempt to murder, among others. Sections of laws such as the Prevention of Damage to Public Property Act, the Epidemic Diseases Act and the Disaster Management Act were also included.

But the farmers were only demanding their rights, says Vikram Arya, a 68-year-old sugarcane farmer from Khwaja Nagla village, eight kilometers from Baraut. “Ours is a land of agitation and protest. Every peaceful protest has Gandhi in it. We are protesting for our rights,” says Vikram, who was at the Baraut protest. The regime at the Centre, he says, “wants to eliminate everything that Gandhi stood for.”

The three laws that farmers across the country have been opposing are: The Farmers’ Produce Trade and Commerce (Promotion and Facilitation) Act, 2020 ; The Farmers (Empowerment and Protection) Agreement on Price Assurance and Farm Services Act, 2020 ; and The Essential Commodities (Amendment) Act, 2020 .

The farmers see these laws as devastating to their livelihoods because they expand the space for large corporates to have even greater power over farmers and farming. The new laws also undermine the main forms of support to the cultivator, including the minimum support price (MSP), the agricultural produce marketing committees (APMC), state procurement and more. They have also been criticised as affecting every Indian as they disable the right to legal recourse of all citizens, undermining Article 32 of the Indian Constitution. 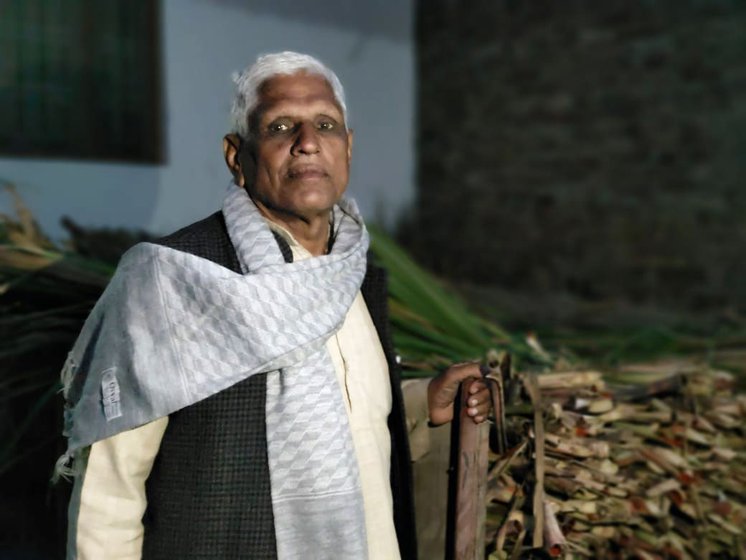 Vikram doesn’t believe the government’s claim that MSP will continue even after the new laws take full effect. “What happened to BSNL after the private companies came in? What is the state of our public schools and hospitals? That is exactly what the state mandis would be reduced to. They will die a slow death,” he says.

Apart from worrying about the state-regulated mandis (APMCs) becoming redundant, farmers like Vikram and Baljor also fear the presence of corporate entities in agriculture. “The companies will have a monopoly over our produce and they will dictate terms to the farmers,” says Vikram. “Do private companies think anything else apart from profits? How can we trust them to treat us fairly?”

Farmers in western UP, who mainly cultivate sugarcane, know what it’s like to deal with private corporations, says Baljor. “We have a contract with sugarcane factories,” he explains. “The prices are decided by the state [state advisory price]. According to the law [UP Sugarcane Act], we are supposed to receive our payments within 14 days. It has been 14 months but we still haven’t received payment for the sugarcane we sold the previous season. The state government has hardly done anything about it.”

Baljor, who served in the army in 1966-73, is also angry that soldiers have been pitted against the farmers by the government. “They have sold false nationalism by using the army. As someone who has been in the army, I detest that,” he says.

“The media is busy telling the country that opposition parties are politicising the farmers’ agitation,” says Vikram. “If political parties don’t get involved in politics, then who will? The agitation has woken up the farmers," he adds. “We are present in 70 per cent of the country. How long will the lies work?”