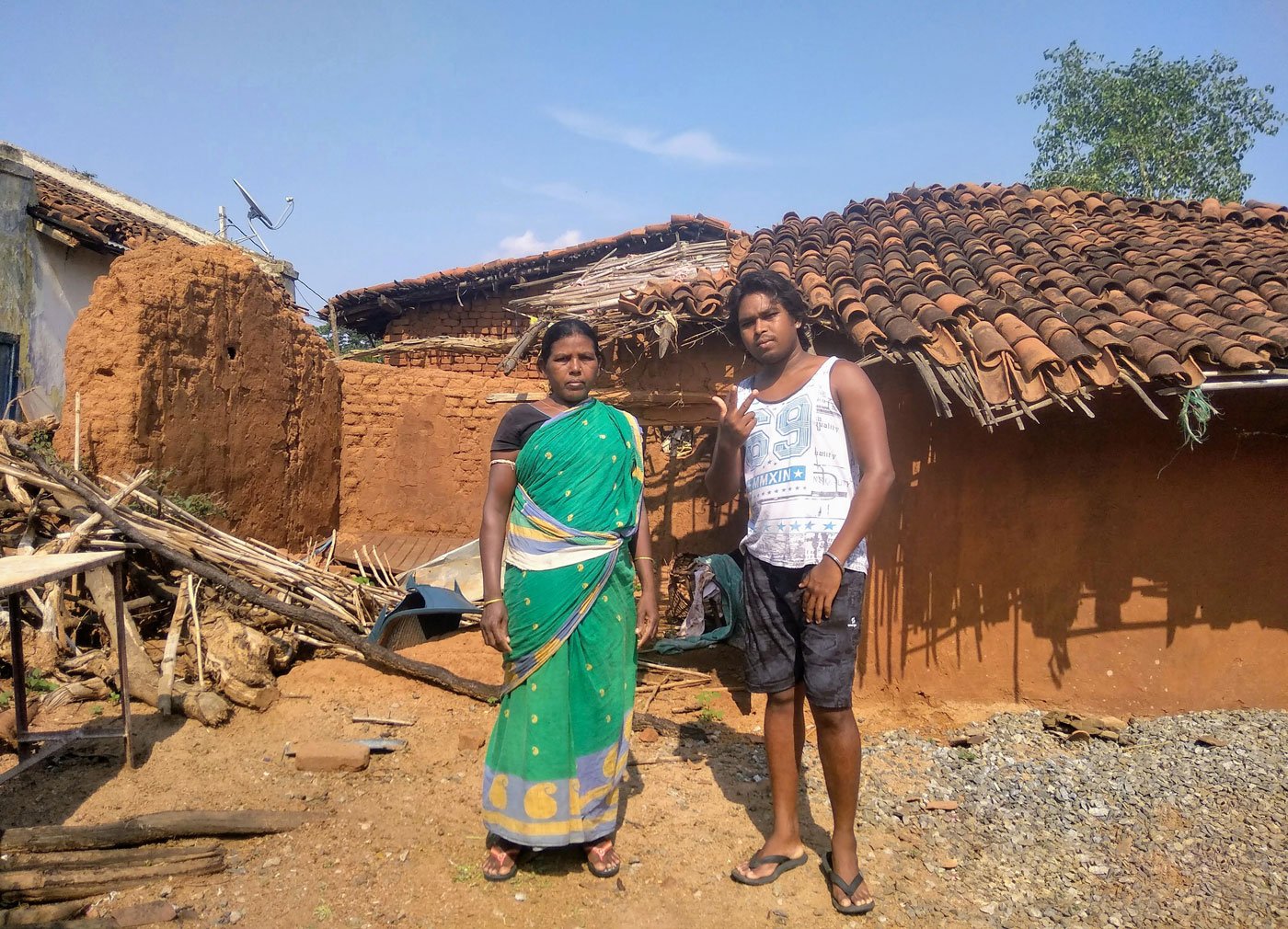 Government, answer this!
Oh government! Answer this!
Answer this!
Why is the pregnant woman returning,
Walking thousands of kilometres
Step by step, barefoot


With a baby in her womb?

That’s Duleshwar Tandi’s singing. “I expressed my anguish and anger through my rap,” he says, about why he wrote and sang ‘Sarkar, tui jabab de’.

“When the lockdown was imposed in India, the poor of the country began suffering,” he adds. “Labourers lost their jobs, became homeless, and were starving for days. Thousands were forced to walk to their villages barefoot under a scorching sun. It’s not as if the government is not capable of stopping all this and providing help to the people – instead, they abandoned the poor of India. I am saddened and shocked to see all these. And I think we must question the government…”

This song is in the Kosli (or Sambalpuri) language. Duleshwar – known to his listeners as Rapper Dule Rocker – also sings in Hindi and English. But it’s mainly his Kosli rap that is attracting a young audience in Odisha.

Duleshwar, 27, is from Borda village in Kalahandi district. He has a BSc degree from Government College in Bhawanipatna town, around 45 kilometres from his village. His family belong to the Dom community, a Scheduled Caste. At home, it’s only Duleshwar and his mother Pramila. She is a farmer and firewood collector, and gets a monthly senior citizen pension of rs. 500. His father, Nilamani Tandi, a farmer and local police station assistant, passed away around three years ago.

The family has two acres of land, says Duleshwar, but it was mortgaged with a bank for Rs. 50, 000 in the year 2014, when his mother had to undergo a surgery in a hospital in Visakhapatnam. The amount with interest, he says, has now grown to Rs. 1 lakh.

“The land is mortgaged, but still we are cultivating paddy on it. We have a BPL [Below Poverty Line] ration card,” he adds. To earn an income, Duleshwar gives tuitions in Borda and works at nearby constructions sites.

His turn to rap started during his years in college. “I participated in competitions for poems and stories,” he says. “What I wrote was appreciated by all, people said my writing is very down to earth. This encouraged me, and I kept writing. I was happy when my poems and stories were published in magazines. I also participated in drama and in entertaining people. And I started singing rap songs.” 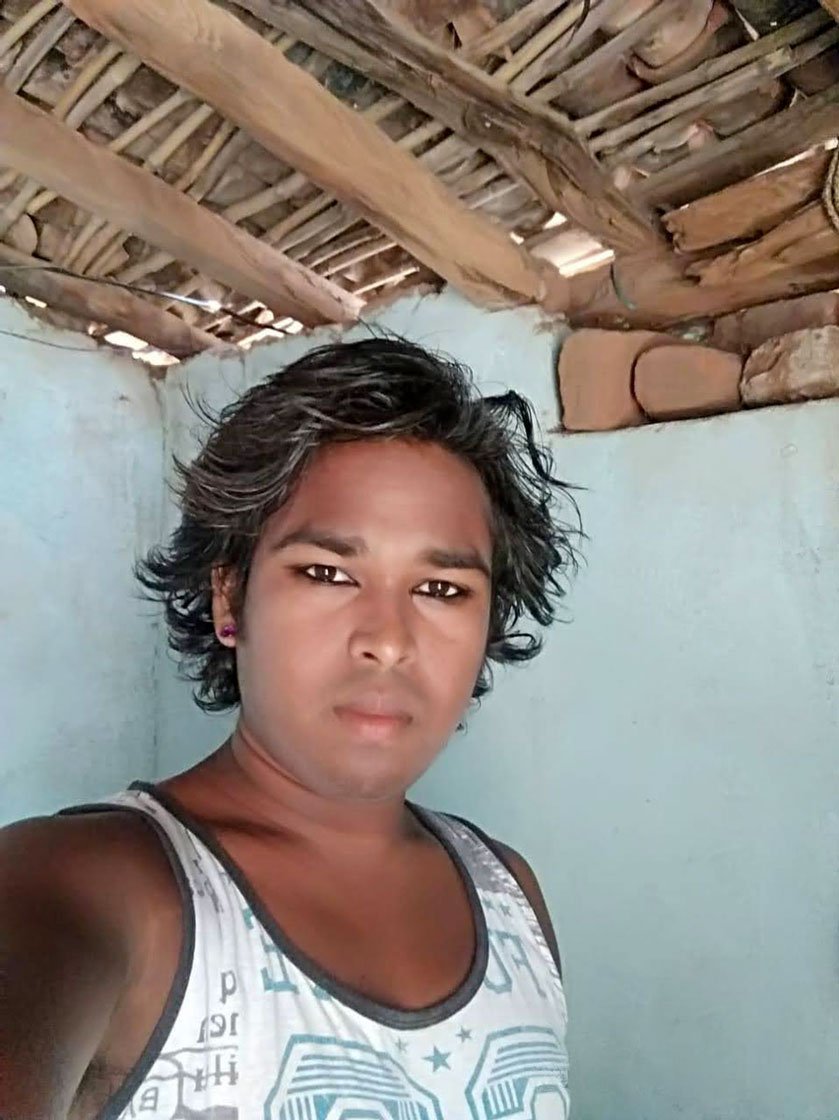 Rapper Duleshwar Tandi: ''Many have liked my songs'

Duleshwar himself has also moved about as a migrant worker. After he graduated, he went to Raipur in 2013. “Some friends were already working there, so I too started working in restaurants as a table cleaner [earning around Rs. 3,000 a month]. We were provided with food and shelter after the restaurant closed, so it was fine for migrants like me. I also delivered newspapers for a while.”

While doing other work, he adds, “I never gave up my passion– rap. I kept practicing whenever I got the time and opportunity. I began uploading videos of my songs and people began watching them. One day [in 2014] I got a call from Chandigarh, inviting me [for a rap singing event]. It was a very new experience for me. There, we were a group of rappers, we performed in different places, participated in competitions – and I learnt a lot.”

In 2015, Duleshwar went to Bhubaneswar to try his luck. “I visited studios, channels and met various people – but was rejected,” he says. In 2019, he returned to his village. There, he now spends his spare time writing and singing rap songs.

“After the lockdown was imposed, when I saw the plight of the migrants, as a migrant worker myself, I wrote and sang this song and posted it on Facebook [on May 21], where I also do live chats with people,” he says. “Many have liked my songs and are asking me to do more. Besides Odisha, people are also connecting with me from Chhattisgarh, West Bengal and other states.” Duleshwar has also recently started uploading his music on YouTube.

“Maybe the government does not want to provide relief – let the poor remain poor, otherwise no one will support the government,” he says. “But we have to raise a voice against the powerful. This is about poverty, which is part of our life.”

Recently, some local studios have called Duleshwar, expressing an interest in recording his music. “I hope this will be done after the lockdown…” he says.