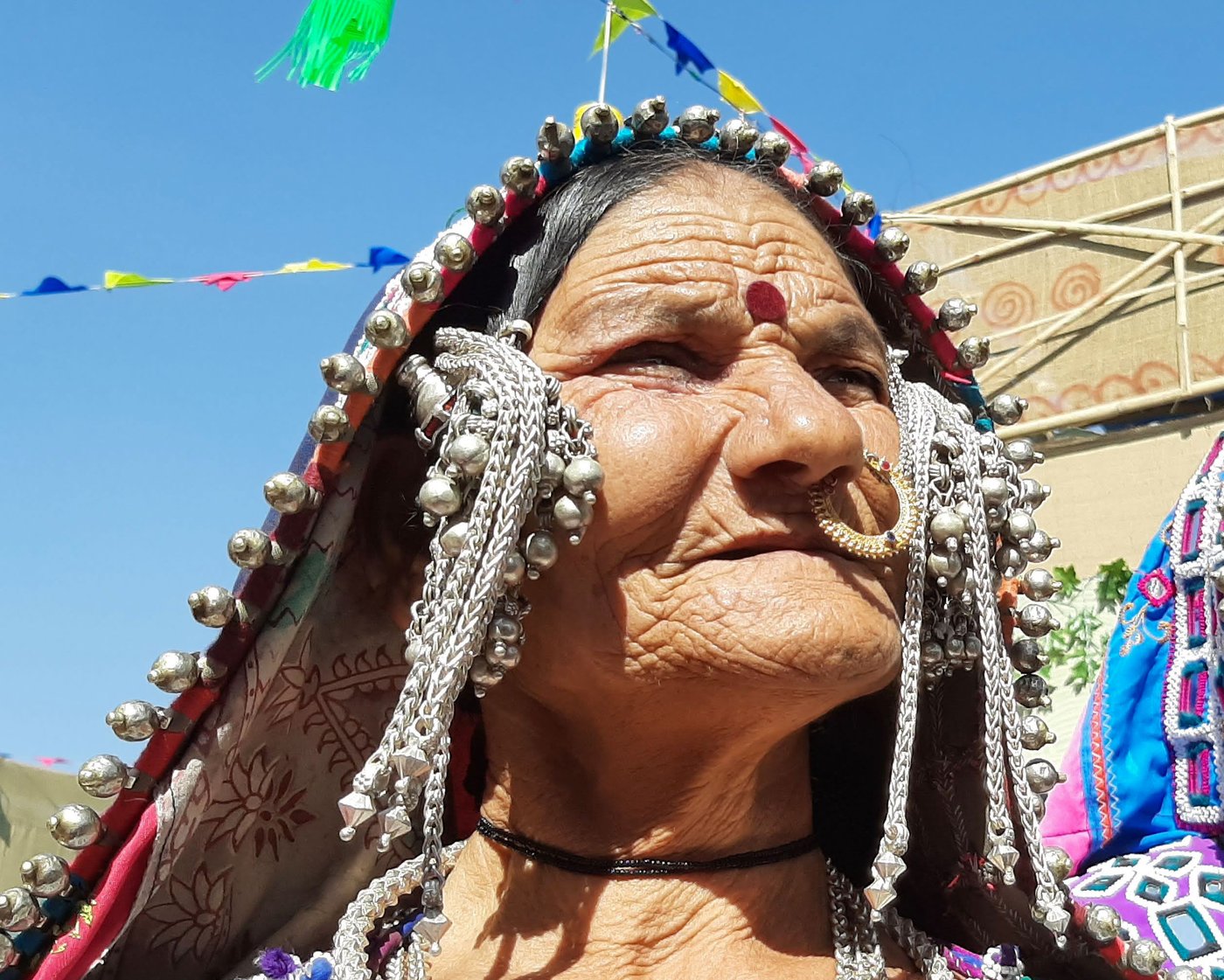 Pikauli makes a song and dance of it in Raipur

Listen to Lambadi women from Nalgonda singing at a recent festival

She was probably around 70 but it didn’t show in either the vigour of her dance or in her singing. Pikauli Valli, a Banjara (or Lambadi) Adivasi from Telangana, was one of the oldest performers at the National Tribal Dance Festival in Raipur – capital of Chhattisgarh state – in December 2019.

The Banjaras always attract a lot of attention – the extraordinarily colourful dresses of the women, so poorly replicated as ‘tribal’ in Bollywood films, ensure that. There's also the striking jewellery and white bangles (once made from animal bones, but which have since given way to plastic ones).

And then there’s the fact that they are brilliant performers.

Pikauli Valli was the seniormost member of the troupe that performed in Raipur. Bhujji, Valli and Sarada joined her in singing a song for us – in their language, Gor Boli. Most of the troupe members are from an Adivasi hamlet, Negudu, in Devarakonda mandal of Telangana’s Nalgonda district.

Pikauli Valli – who has two sons and five daughters and several grandchildren – farms two acres back in Nalgonda.

Lambadi women usually dance to the rhythm of drums played by men in the community. The singers offer their gratitude to their gods and goddesses for a good harvest.

Watch video:  Pikauli Valli and other Lambadi women singing in the Gor-bol language