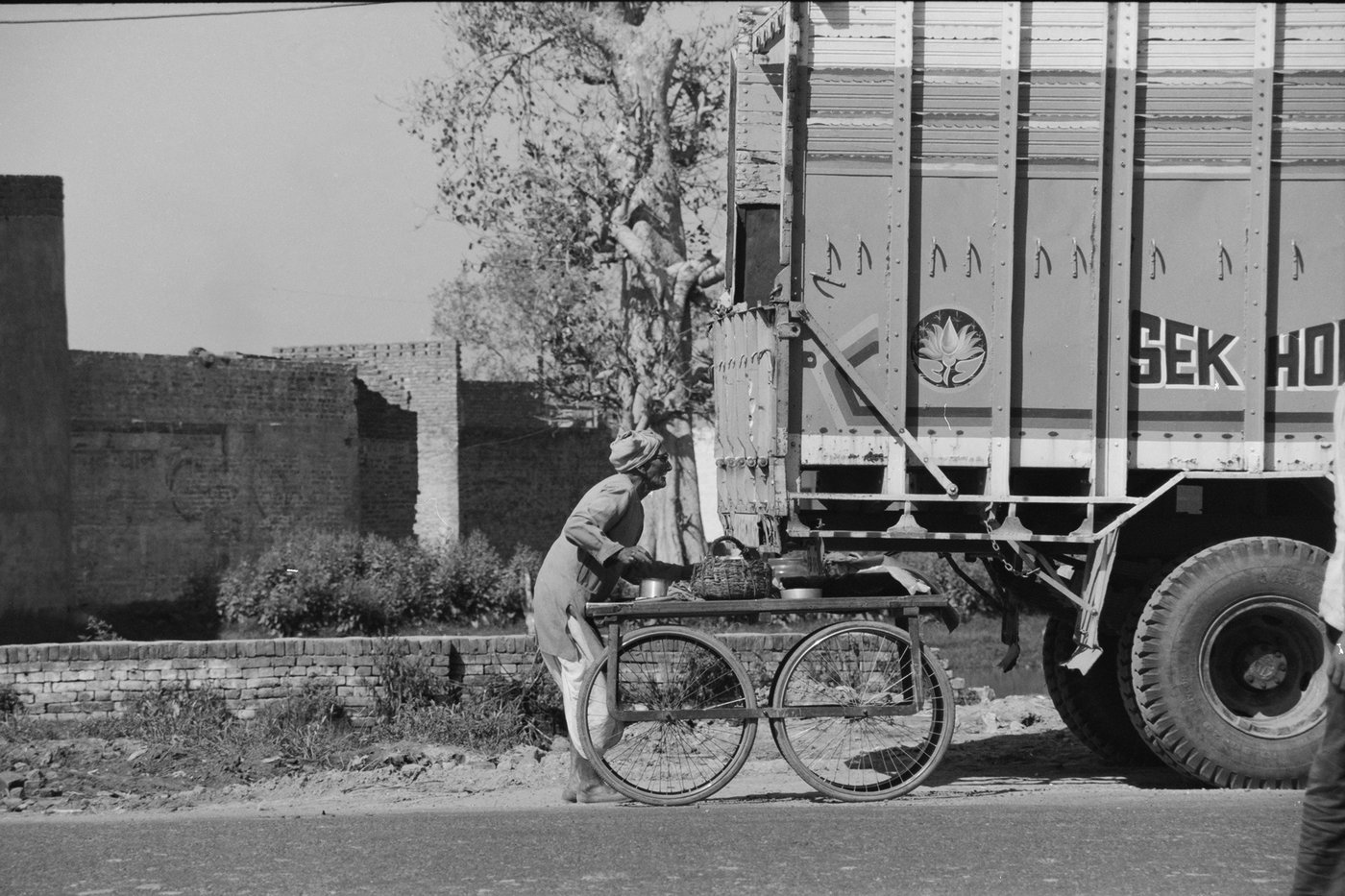 When push came to shove on Kishanji’s cart

Small pushcart vendors everywhere, like this one in Moradabad, get shoved around by bigger vehicles

Nope, Kishanji wasn’t trying to peer through the holes in the lorry’s back door or gate – whatever that portion is called. The lorry was quite empty anyway, having delivered its load at some godown in this small basti just outside Moradabad city in Uttar Pradesh.

Kishanji, in his mid-70s, was a little street vendor selling peanuts and a few home-made munchies on his small pushcart. “I just went back to my home to pick up something I’d forgotten,” he told us. “And I return to find this great big lorry sitting on half my cart.”

What had happened was that the lorry driver had parked the vehicle here, backing into – and over – Kishanji’s precious possession, without bothering to check if he was getting too close to the tiny cart. And then the driver and his assistant had disappeared, calling on friends – or simply getting out for lunch. The upper half of the rear door of the lorry had jammed into and was in fact sitting on his cart and he was trying to dislodge it from that. A short-sighted Kishanji was peering at the lorry to figure out where the heck the obstruction or bottle neck was.

We wondered where the driver and his assistant had gone. Kishanji, too, didn’t know where they were or who they were, but had some ideas about their ancestry which he freely expressed. Age had not robbed him of, nor diminished, his colourful vocabulary.

Kishanji was one of those countless thousands of small vendors plying their stuff from push carts. No authentic estimate exists of how many Kishanjis there are in this country. Certainly, no figure that I know of for 1998 when this photo was taken. “I am not in a condition to walk too far with the cart, so I operate within 3-4 bastis ,” he said. He felt that “if I make 80 rupees today – it would be a good day for me.”

We helped him dislodge the cart from its jammed position. And watched him push it off into the distance, hoping he’d have an 80-rupee good day.