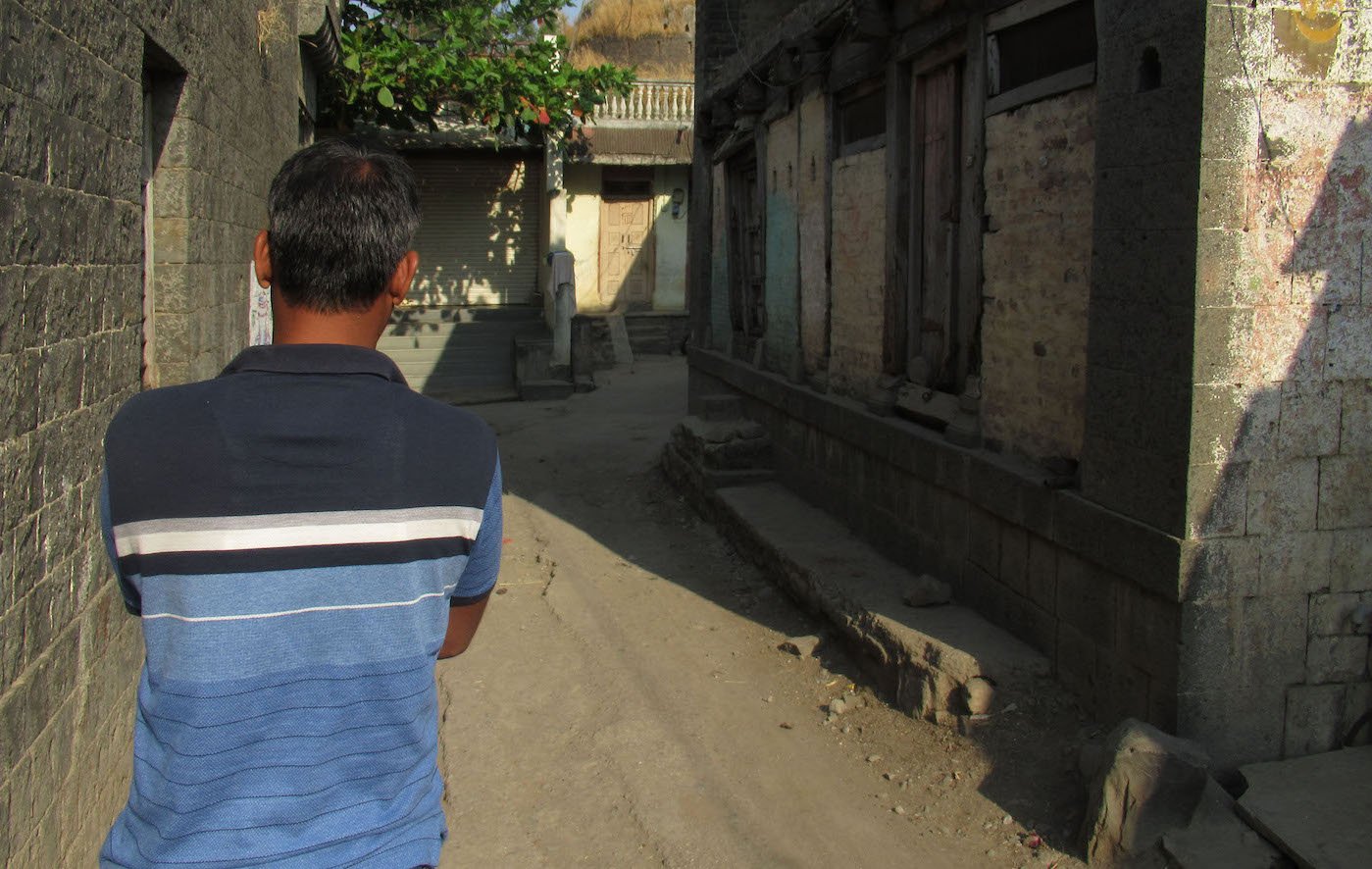 A farmer was once sought-after as a groom in Marathwada, but the growing uncertainty in agriculture has changed that. Many farm families now spend years, facing several rejections, looking for a bride for their son

Pandharinath and Kaushalya Shelke finalised their son Ranjit’s marriage in February after trying very hard for three years. “The humiliation of rejection cannot be described in words,” says 52-year-old Pandharinath. “The first question we would be asked was, ‘Is there any source of income [for the groom] apart from farming?’ ”

Ranjit is 26, and cultivates soyabean, gram and jowar on the family’s four acres in Khamaswadi village of Maharashtra’s Osmanabad district. Pandharinath works as a clerk at the village post office, earning Rs. 10,000 per month.  For a while, Ranjit too tried looking for a job, but with no success – farming is his only source of income.

“Nobody wants their daughter to marry a farmer,” says Kaushalya, a farm labourer. “Farmers in particular are reluctant to do so. They will pay a hefty dowry by borrowing money from private moneylenders at exorbitant interest rates to get their daughters married to someone with a job. But not into a farm household.”

There was a time when a farmer was sought-after as a groom in Marathwada. But the growing uncertainty in agriculture has changed that. With rising input costs, unsustainable market prices, erratic weather patterns and a dismantling of rural credit systems, among other reasons, many farmers in Marathwada are deep in debt. 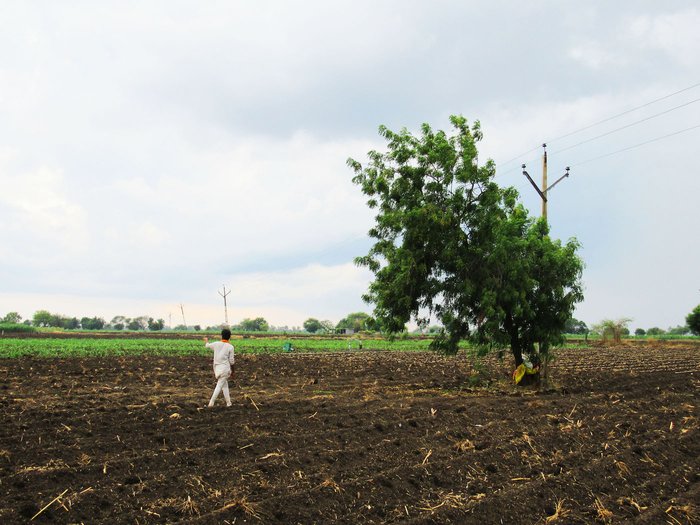 Khamaswadi's Shelke family struggled for years to find a bride

'Nobody wants their daughter to marry a farmer', says Kaushalya. '...They will pay a hefty dowry by borrowing money at exorbitant interest rates to get their daughters married to someone with a job. But not into a farm household'

The times have changed, observes Babasaheb Patil, 65, a veteran farmer in Khamaswadi. “In my 20s, a farmer would be preferred even over a government servant.” The occupation had social status and a reasonably stable income.  “Farmers with a son would set the terms of the marriage, including dowry and gifts.”

But now, adds Hanumant Jagtap, “there is no future in farming." Jagtap has run a marriage bureau in Latur town, around 65 kilometres from Khamaswadi, since 1997. The parents of girls now usually ask him to look at potential matches away from the village. “It is assumed that if the boy is living in a town or city, he is likely to have a job that doesn’t involve farming,” he says. “For parents looking for a groom, education and salaries come later [the boy’s occupation is the priority].”

Jagtap says he has been noticing this change since around a decade. "Earlier, it would take me 15 days to find a match on an average, or two months in exceptional cases. But these days, six months is the minimum. It even goes up to a year. Most of my contacts are in towns like Latur and in villages. I don't know many people in Aurangabad or Pune or Mumbai, where many parents now want their daughters to go [after marriage]."

This means that many boys who are farmers remain unmarried even till their late 20s and early 30s, well past the usual marriage age in rural areas, says Pandharinath, though “we  start looking by 23-24.” 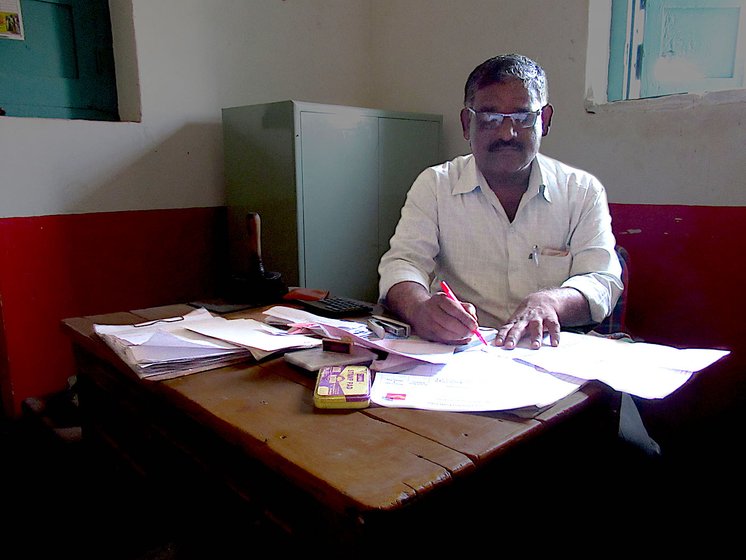 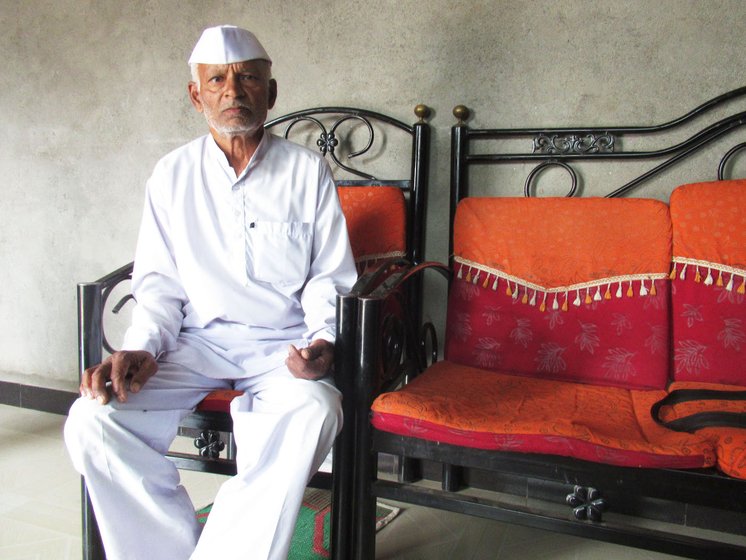 'If I had a daughter, I would have done the same', says Pandharinath Shelke (left) while Babasaheb Patil (right) speaks of how times have changed

In February this year, Pandharinath and Kaushalya finally found a bride for their son – the girl who will marry Ranjit is the fifth daughter from a farm household in a nearby village. “The father has married four daughters and that has left him in a situation where he cannot borrow even a paisa from anyone,” says Kaushalya. “We said we don’t want anything, just your daughter. We were desperate and he had no choice. It turned out to be a good match. But I wonder if my younger son will ever get married…”

“Even though we suffered, I don’t blame anyone,” adds Pandharinath. “If I had a daughter, I would have done the same. A farmer knows the life of a farm household. If the harvest is good, rates crash. If the rates go up, the monsoon deserts us. Banks treat us with contempt. Every farmer has a debt. Why would anyone want that life for their daughter?”

About 70 kilometres from Khamaswadi, in Girwli village in Beed district’s Ambejogai taluka , Digambar Jhirmile echoes the sentiment. “I have a 19-year old daughter,” he says. “I will start looking for a groom in two years for her. And I have decided it will not be a farmer.”

'I have seen cases where men pretend to have a job in towns by producing fake documents until they get married,' Apet says. 'After the marriage, the mask comes off'

Digambar, 44, cultivates soyabean on his two acres and doubles up as an agricultural labourer. He has a loan of Rs. 2 lakhs from a private moneylender and is willing to borrow more for dowry, if needed. “Even if it [the loan] multiplies, it hardly matters. At least my daughter will not have to bear the crisis of agriculture. Otherwise, I will save money [on dowry], and push her into misery for the rest of her life [by marrying her to a farmer]. Even if her husband earns 15,000 rupees in a job, it is an assured income. You can't make such calculations if you are a farmer because the only thing certain in farming is uncertainty.”

The reluctance of families to arrange their daughters’ marriages into farm households has made it difficult for marriage brokers in Girwli, like Sanjay Apet, to find matches. “I recently fixed the wedding of a 33-year-old man after a lot of effort,” he says. “His is a story you could have written. But I cannot tell you his name. Because he is actually 37.”

Apet says the subterfuge takes on many other forms. “I have seen cases where men pretend to have a job in towns by producing fake documents until they get married,” he says. “After the marriage, the mask comes off. Fudging your age is also dishonest, but pretending to have a job can devastate the life of the woman.”

In some instances, Apet says, he has been trying to find brides for farmer grooms for more than two years. “Earlier, the discussions would start with what the dowry amount would be and what is the family like. Today, they only talk further if the groom doesn't belong to a farm household.”

Radha Shinde’s experience speaks of this. She got married three years ago into a farm household in Mudegaon village of Ambejogai taluka . "My parents looked for a groom for two years," says 26-year-old Radha. "The priority was to not marry a farmer. My husband’s family has an 18-acre farmland which my in-laws look after. My husband does not do farming. Just when we got married, he started a jewellery shop in Latur. My parents agreed only when he told them about his plan to start the shop."

“There are several boys in our villages who I think might never get married,” Apet adds. “And the constant rejections have contributed to their frustration, along with the agrarian crisis and debt." 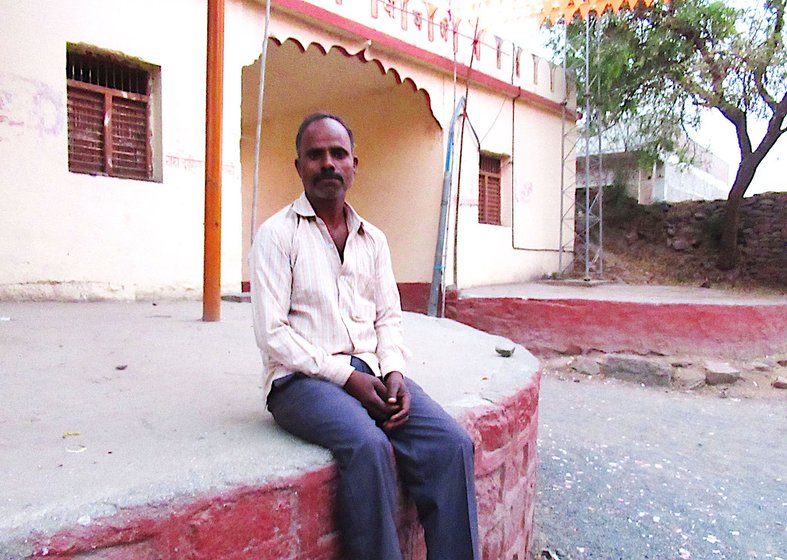 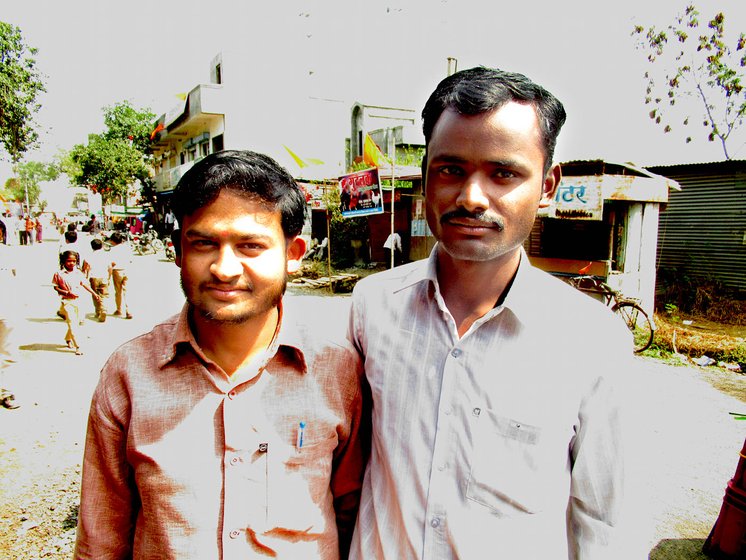 Left: Digambar Jhirmile: '...the only thing certain in farming is uncertainty'. Right: Sandeep Bidve (on the right), among the few willing to be photographed

Though the long search for a bride continues in many farm families in the village, not many are willing to open up, let alone be photographed. Questions about the impediments to finding a match are met with shrugs and embarrassed giggles. Sandeep Bidve, 26, who has a 20-acre farmland, says, “Nobody will tell you they are being rejected, though that is the reality.”

Bidve, himself a bachelor looking for a bride, says farming does not command any respect. “I am not shy to admit it,” he says. “People with a salary of 10,000 rupees are getting married, but those with 10 acres of farmland are struggling. The girl’s father asks: what do you do? Upon learning the answer, he says I will get back to you. If he can’t find a better match, he will respond after months. That is how confident they are of our [persisting] singlehood.”

While I am talking to Sanjay, a policeman from a nearby village comes along.  Requesting anonymity, he says his father had demanded, and received, Rs. 15 lakhs as dowry when he got married three years ago. “I have a government job,” he says. “But my brother is a farmer. And we are looking for a bride [for him]. You cannot imagine the difference between my father’s attitude then and now.”

Looking on, Babasaheb Jadhav, 45, says he can understand this difference in  attitude. He is a farmer with six acres of land and a 27-year-old son, Vishal. “He has been rejected several times,” he says. “A few days back, I took him to a  gathering  in the taluka where boys and girls who want to get married gather to seek matches. Girls are asked what kind of a groom they would prefer. I left after two of them said, ‘Anyone but a farmer’.”