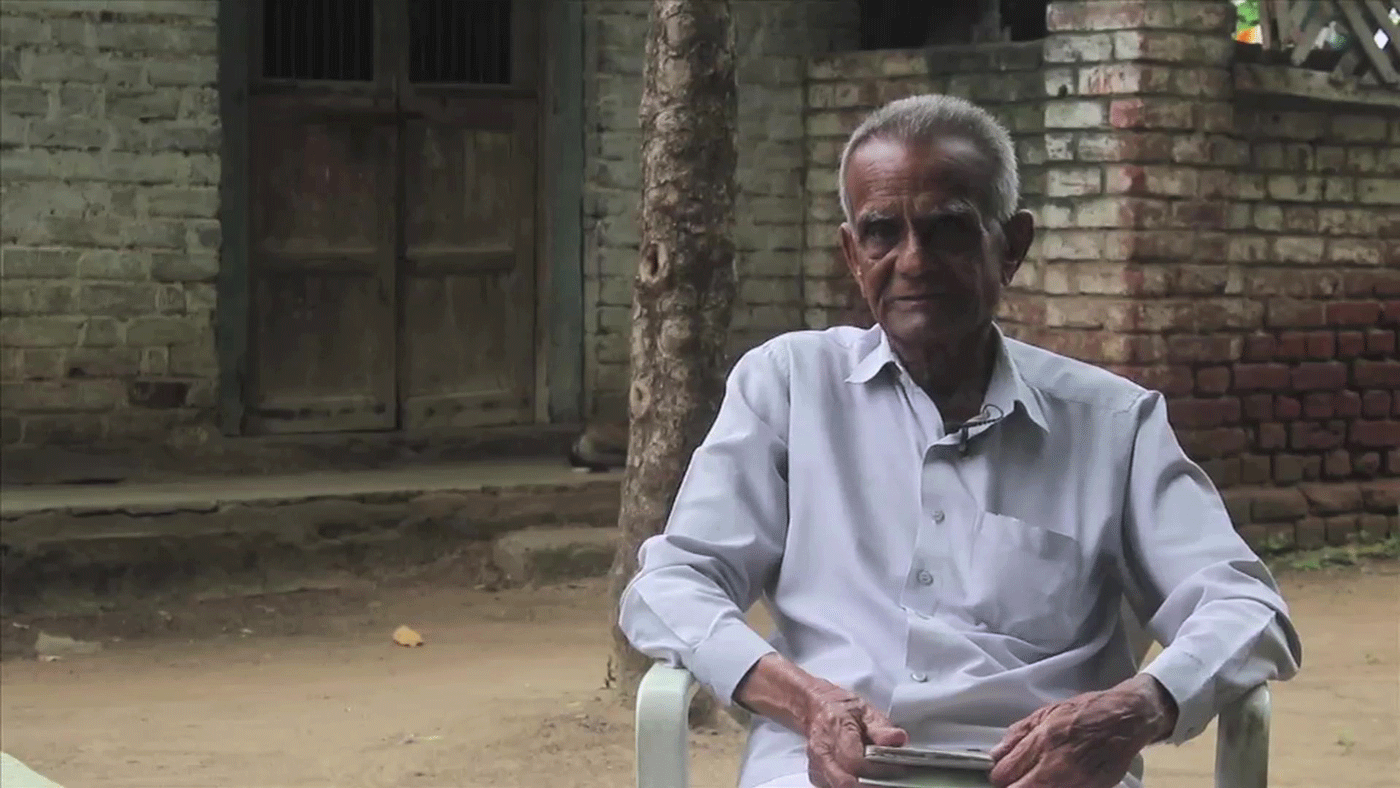 Trying hard to dodge this bullet

Rameshbhai Patel of Gujarat’s Kheda district might soon have to give up some of his land for the Ahmedabad-Mumbai bullet train. He and many others are strongly opposed to the project

Rameshbhai Manubhai Patel is sitting gingerly on his charpoy in the front yard of his ancestral house in Dantali village in Nadiad taluka of Gujarat’s Kheda district. The house is rundown, its walls are peeling, uncovering discoloured bricks.

The elderly farmer points a shaky finger towards one room. It is special for him – he was born there, 82 years ago. Rameshbhai is emotionally attached to the house, especially to that particular room.

But the room, the entire house and large chunks of the surrounding farmland, on which the family cultivates paddy and green vegetables, might be torn down to make way for a bullet train project.

The high-speed train will cover a distance of 508 kilometres in roughly three hours – 350 kilometres in Gujarat, 2 kilometres in Dadra & Nagar Haveli and 155 kilometres in Maharashtra. The train will run between Bandra Kurla Complex in Mumbai and Sabarmati Railway Station in Ahmedabad, says the website of the National High Speed Rail Corporation Limited. 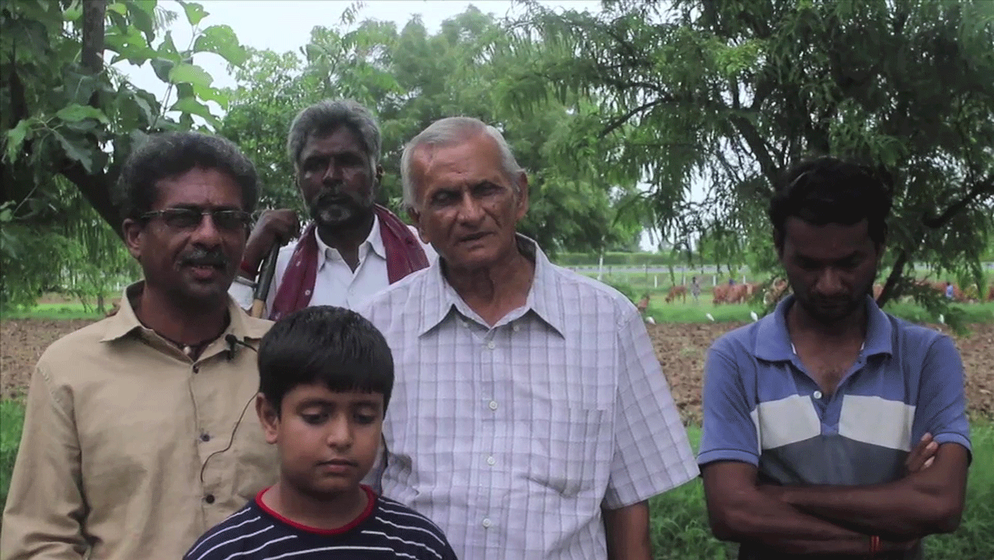 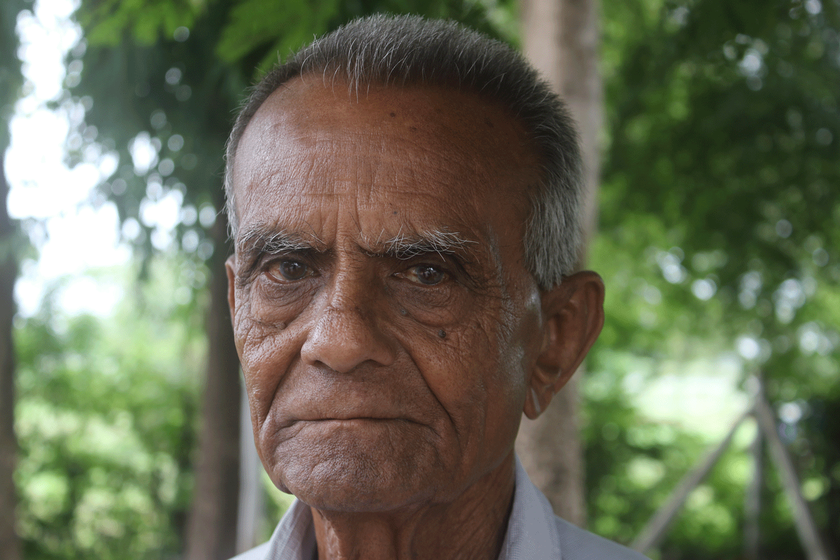 Left: Hiteshkumar Patel (far left) of Davda village says, 'They are taking away my roti. What will we do with the bullet train?' Right: Rameshbhai has lost his land thrice already. 'How many [more] times, tell me?' he asks

The project involves the state governments of Gujarat and Maharashtra, as well as the government of Japan, which will fund 81 per cent of the project cost of Rs. 1.10 lakh crores. The foundation stone was placed in Ahmedabad on September 14, 2017, by Prime Minister Narendra Modi and Japan’s Prime Minister Shinzo Abe. The Indian government has said that the bullet train will start running by August 2022.

Rameshbhai’s  is one of around 14,884 households to be impacted by the project, which spans 296 villages in Gujarat, Maharashtra and Dadra & Nagar Haveli. Along with the loss of their houses, the displaced families will have to let go of their sources of livelihood. The project will reportedly take over more than 1434.28 hectares  of land and impact around 37,394 trees. 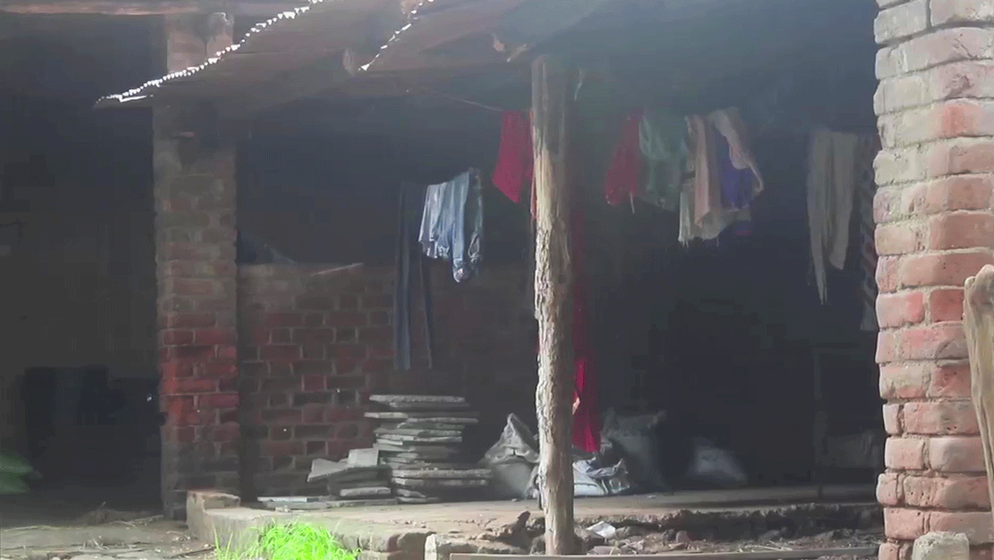 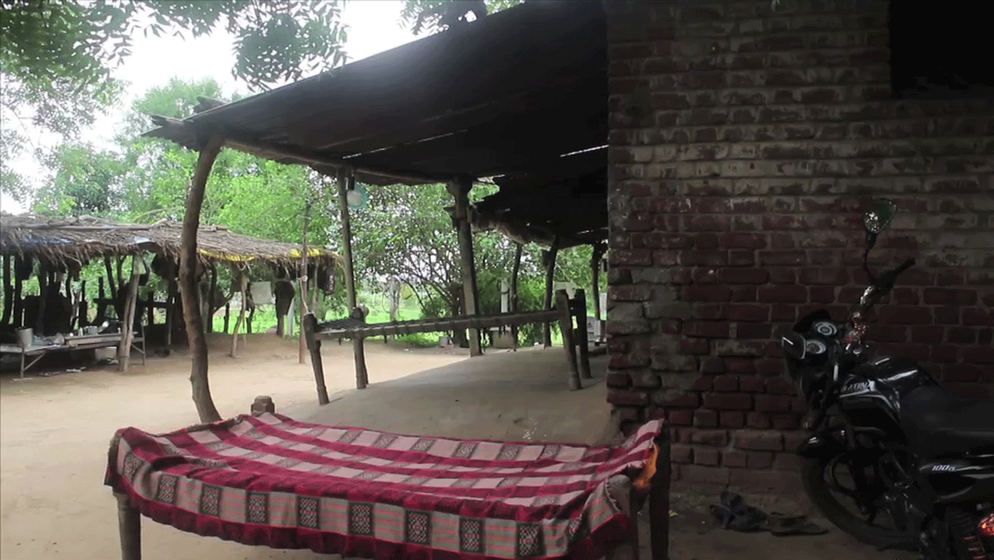 The bullet train project is estimated to impact 296 villages in Gujarat, Maharashtra and Dadra & Nagar Haveli

But Rameshbhai and others have refused to hand over their land. “I am not interested in compensation, the land is more precious to me,” he says.

For Rameshbhai, the bullet train will be an addition to a series of agonising losses he has suffered. In 2015, the Gujarat government took away 46 guntha of his landholdings (1 acre is 40 guntha ; he own a total of around five acres) to build a freight corridor. “The market price of the land at that time was Rs. 3 lakhs per guntha ,” he insists. “But the state government gave me only Rs. 12,500 per guntha , I appealed to them for better compensation, but I have not received any response so far.

“How many times [will my land be taken me without my consent], tell me?” he laments. “The government has taken my land three times. First, it was for a railway line construction. Next, it was for building an expressway. Third time, it was for the six-lane freight corridor. And now, for the bullet train again they are about to take away my land.”

The distress of losing his land has impacted Rameshbhai so deeply that he is consulting a doctor in Ahmedabad city, which is around 50 kilometres from his village. “I am experiencing huge tension, what to do,” he exclaims. “I told the doctor what’s bothering me. If I keep losing my land again and again, how can I live without fear and tension? In fact, my doctor told me that he himself will have to forgo his house because of the bullet train project.” 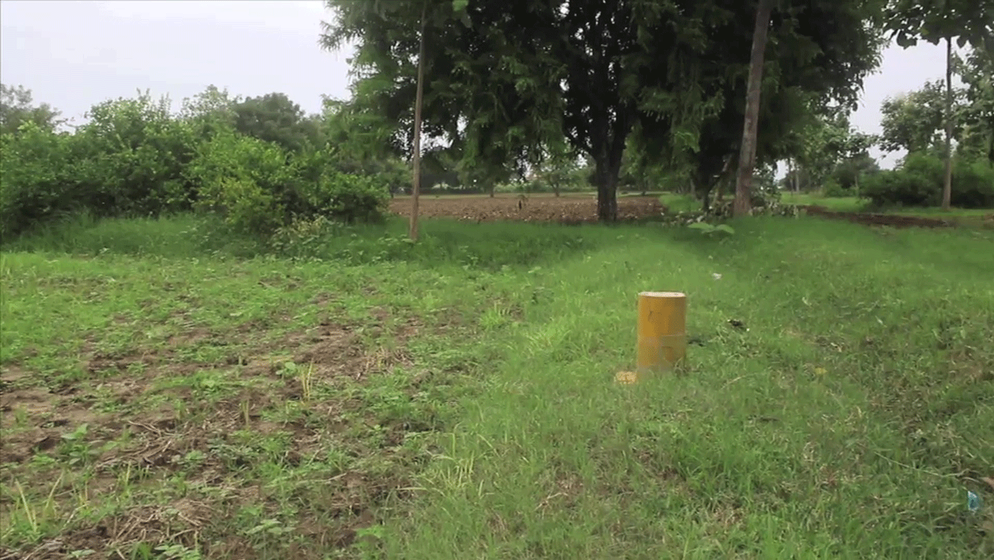 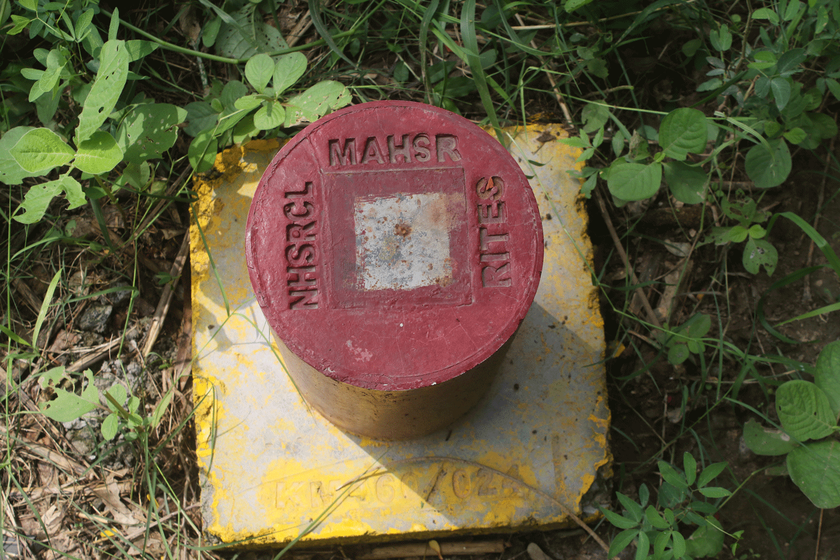 In mid 2018, the project’s surveyors reached Zarol, Davda and other villages in Gujarat. 'They planted stone markings on my farmland and went away', Hiteshkumar says

There have been numerous protests and petitions against the bullet train project. Among the protesters is the Gujarat Khedut Samaj, a state-wide farmers’ association, which has filed a writ petition in the Gujarat High Court questioning the necessity and feasibility of the project.

Hiteshkumar Narsibhai Patel of Davda village (around 75 kilometres from Dantali) in Nadiad taluka of Gujarat’s Kheda district is also set to lose 10 bigha of land (1 acre is 6.25 bigha ; he owns a total or around 25 bigha ). “They are taking away my roti ,” he says. “What will we do with the bullet train? It’s of no use to farmers like me. For us, it’s convenient to travel using the existing train network. We always reach our destination on time. This bullet train is actually only for businessmen, not for us.”

In May-June 2018, the project’s surveyors reached Davda without any notification, villagers say. “They planted stone markings on my farmland and went away,” Hiteshkumar, around 52, says, “They didn’t say a word about why they were here. Much later, I got to know that a rail line will be built over my land. I was never consulted. I don’t have any idea how much they will pay me as compensation.” 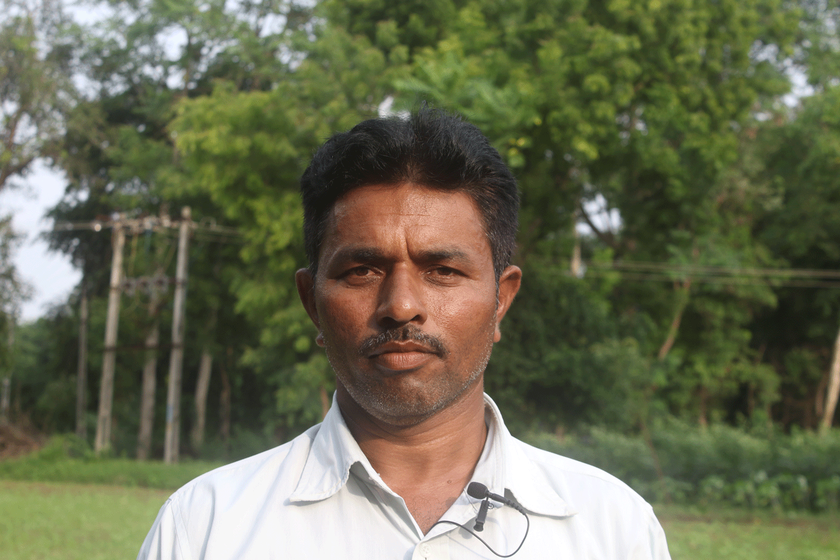 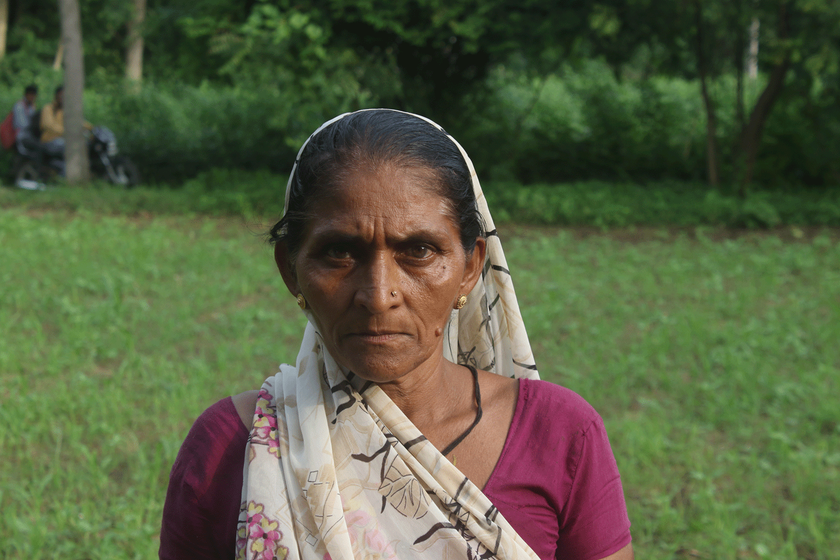 Govardhanbhai Jadav and his mother Jasodaben of Chaklasi village, who says, 'They are going to snatch away our land, our only source of survival. Where will we go?'

After the surveyor visits, some of the villagers teamed up and met the district collector, making clear their opposition to the project. Some farmers from Kheda district even tried to halt the survey process. Among them was Govardhanbhai Jadav, who lives in Chaklasi village. When the surveyors arrived at his farmland to map the area and to plant the markings, none of his 30 family members could make sense of why they had come.

“We found out about this bullet train project from neighbouring villagers, not from official sources,” says Govardhanbhai, livid. “The government didn’t bother to tell us anything. We didn’t even sow seeds this year because we found out that the government will take away this farmland, where I am standing right now. [All]… my land [10 bigha ] will go if the project moves ahead.”

When the surveyors came a second time, they faced the village’s anger. “When they came again, this time with some policemen, all the women here, including me, chased them away with hammer and stones in hand,” says Jasodaben, Govardhanbhai 's mother. “They are going to snatch away our land, our only source of survival. Where will we go? We don’t want the bullet train. You have to kill us to take our land.”

Ratna is a journalist, author, documentary filmmaker, amateur photographer and a traveller based in Delhi-NCR.