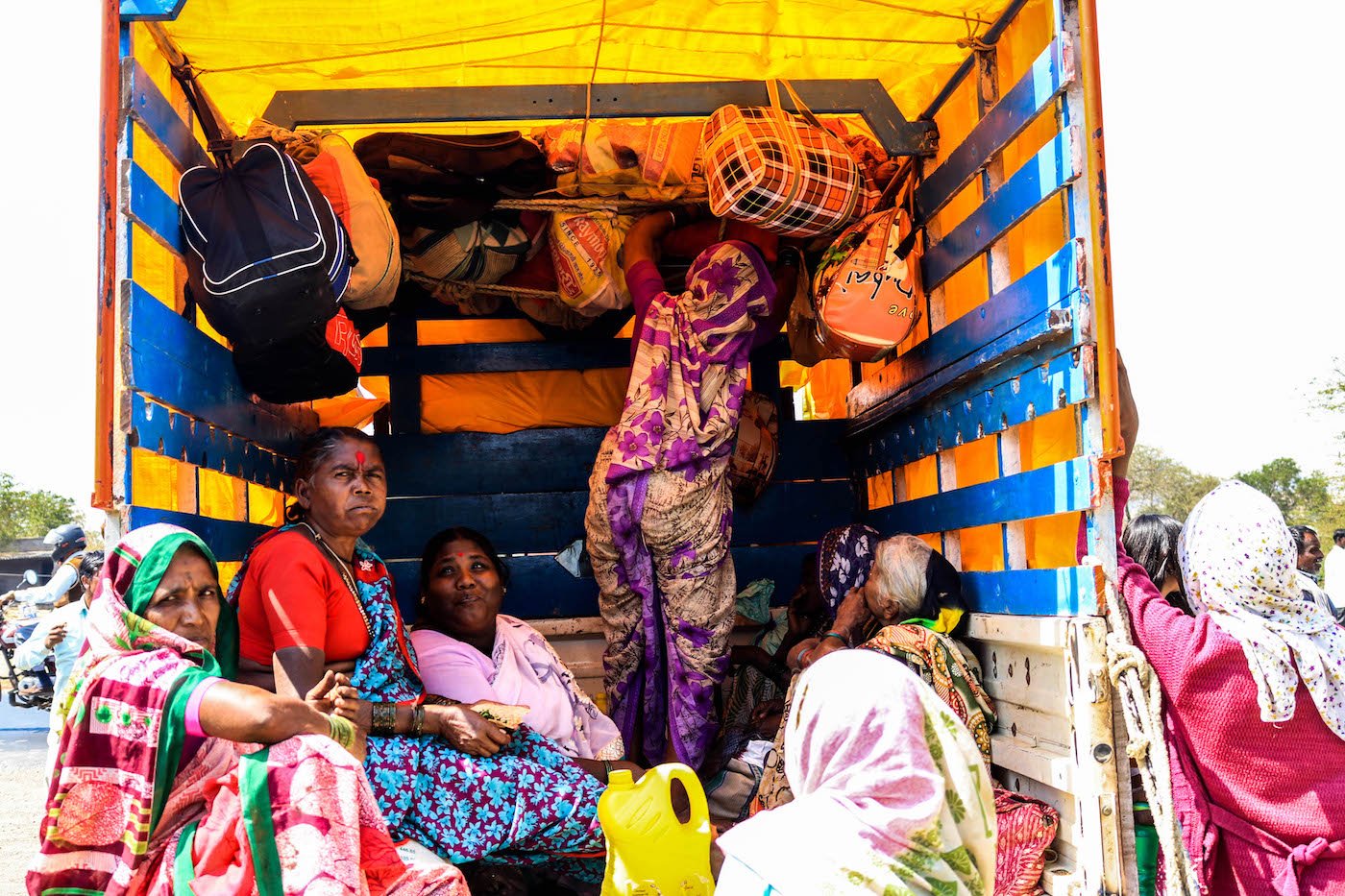 They marched then, they’re marching now

Farmers from Dindori taluka reached Nashik yesterday for another march to Mumbai, along with thousands from nearly 20 districts, all demanding the government fulfil the promises made after last year's Long March

A 150 kilo sack of rice, a 100 kilo sack of wheat flour, 30 kilos of potatoes and 50 kilos of onions have been collected at Kamal Shinde’s two-room house.“This food is for everyone,” 55-year-old Kamal says. “Each person is carrying their day’s meal and the rest of the days we will make food on the way [by the side of the road].”

Around 30-40 farmers from her village have contributed to these collective supplies, which will be used to prepare their meals during the march that they embarked on yesterday, February 20, says Appa Vatane, Dindori taluka coordinator of the All India Kisan Sabha, which is the main organiser of the protest. 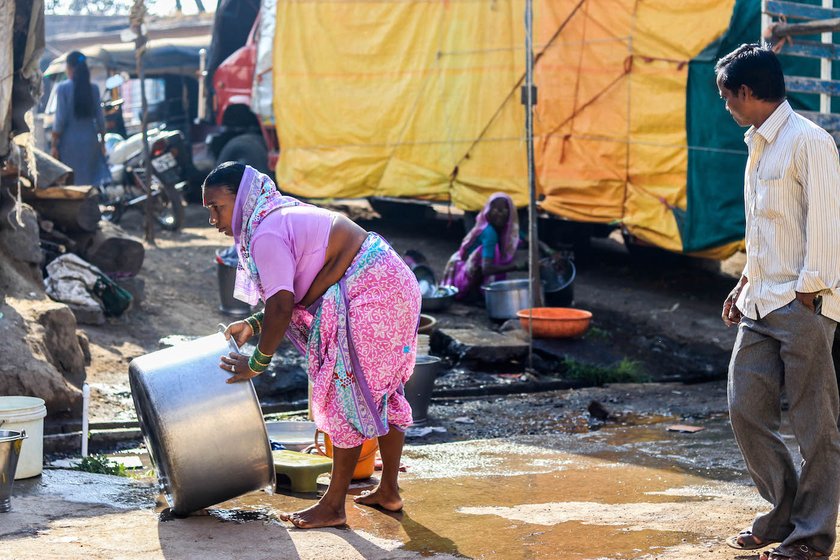 left: Kamal Shinde washing the utensils to take along for the march. Right: Farmers pooling in grains and flour for the  days of protest

Large utensils for cooking, water storage drums, wood, tarpaulin sheets and mattresses to sleep on have also been collected by the organisers and marchers. The farmers of Dindori, a village of around 18,000 people in Dindori taluka of Nashik district, have been making these preparations for the march for a month.

Among them is 58-year-old Lilabai Waghe. At around 10 a.m.yesterday, she too packed 30 chapattis in a cloth along with khurasani chutney. This will be her lunch and dinner for the next two days, while she marches from Nashik to Mumbai. 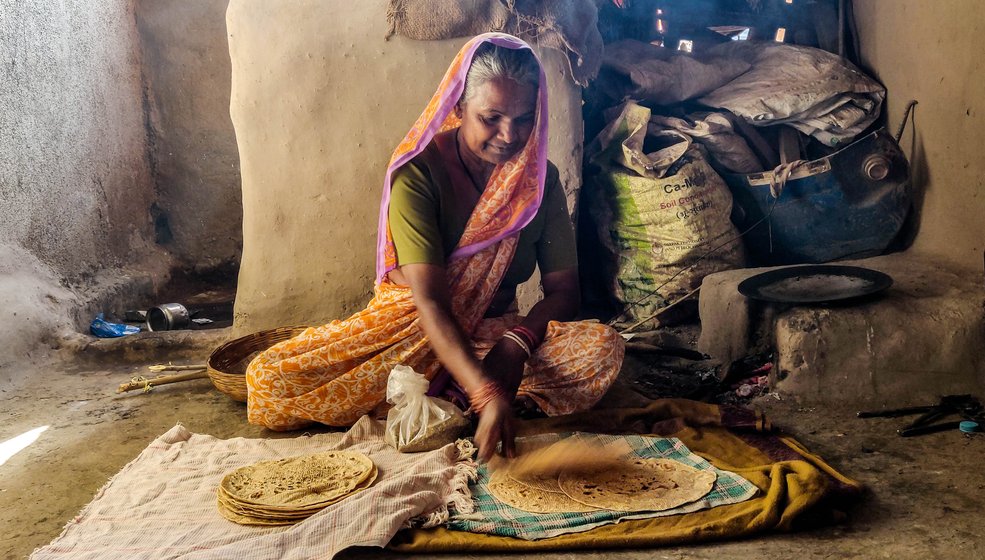 Lilabai's chapatti and chutney for the march

Her demands – and those of the other farmers in her village – include land rights, a minimum support price for crops, irrigation facilities, provision of pension to farmers and a loan waiver. Lilabai was at the farmers’ Long March between the same two cities last year – with the same demands, which have not yet been fully implemented by the state government despite assurances.

“We are going to halt there [in Mumbai]. We won’t move until the government meets our demands. I had participated last year too, but the government hasn’t fulfilled our demands,” Lilabai says, tightening the cloth bundle of c hapattis , sitting on the floor beside an earthern chulha in her two-room hut in Dindori. 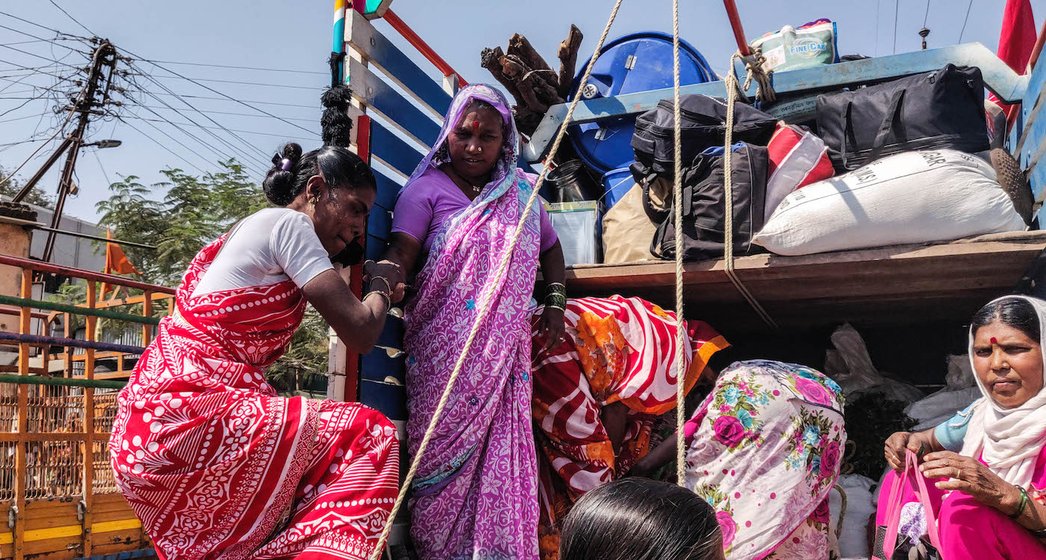 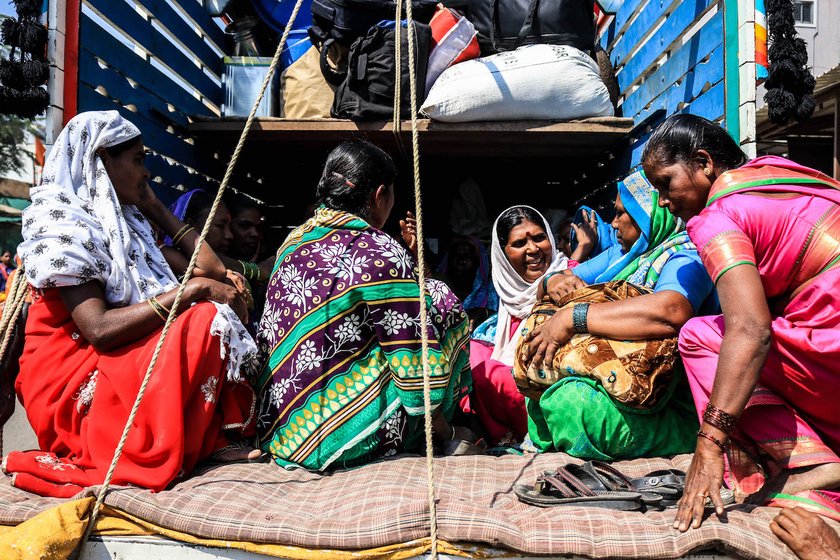 Farmers from Dindori village on their way to Nashik

Lilabai belongs to the Mahadev Koli community, a Scheduled Tribe. In 2018, she cultivated groundnut on an acre of forest department land. And then lost the entire crop due to poor rain.

“I have been cultivating this land for many years. We small farmers should get the full rights to the land. How will we survive? The government should think about us,” she says. Most of the farmers in Dindori village are from the Mahadev Koli community, who cultivate wheat, millet, onion and tomato on forest land. They have for long demanded land rights under the Forest Rights Act of 2006 . 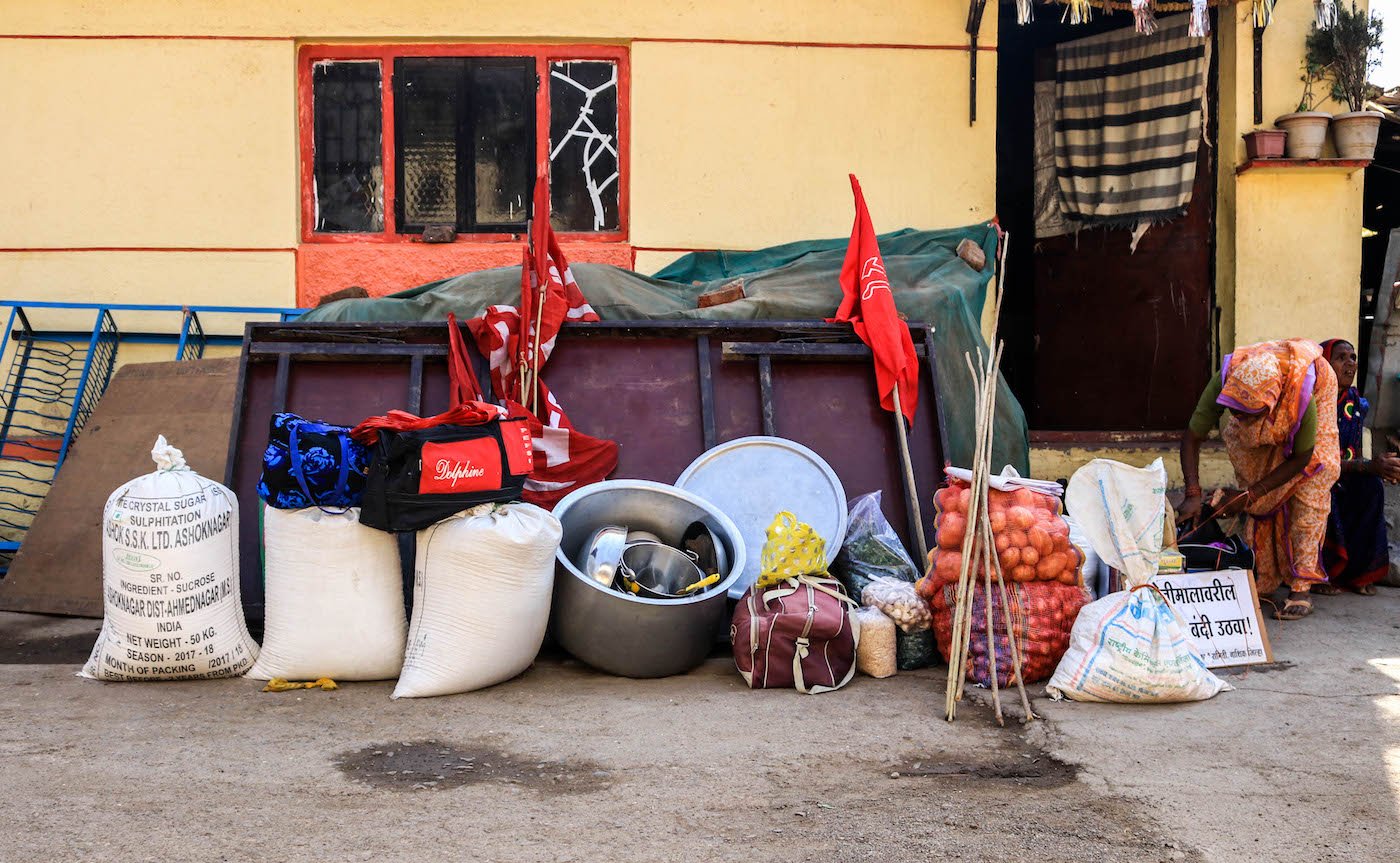 Farmers from Dindori contributed to these collective supplies for their village, which will be used for their meals during the march

Around noon on February 20, the farmers of Dindori village loaded the sacks of grains, utensils and their luggage in a tempo. Then they left, some in the same tempo, others in shared taxis or state transport buses, for Dhakambe toll naka , 13 kilometres away. Farmers from several villages of Dindori taluka gathered at the naka before starting on the first leg of the march to Nashik, around 15 kilometres away, at 2 p.m.

“If the government doesn’t let us march, we will sit there [in Nashik] and protest till the state meets our demands,” says a determined Kamal, who also participated in the 2018 Long March. Her family cultivates five acres of forest land, of which only one acre has been transferred to their name.

Lilabai and Kamal are among an estimated 50,000 farmers from nearly 20 districts of Maharashtra who will walk this week to Azad Maidan in south Mumbai (though permission for the march remains uncertain), hoping that this time the state will actually act on its assurances.

'Discipline is our strength and our march has never inconvenienced anyone', say the women farmers of Dindori

Jyoti Shinoli is a Senior Reporter at the People’s Archive of Rural India; she has previously worked with news channels like ‘Mi Marathi’ and ‘Maharashtra1’. Sanket Jain is a journalist based in Kolhapur, Maharashtra, and a 2019 PARI Fellow.