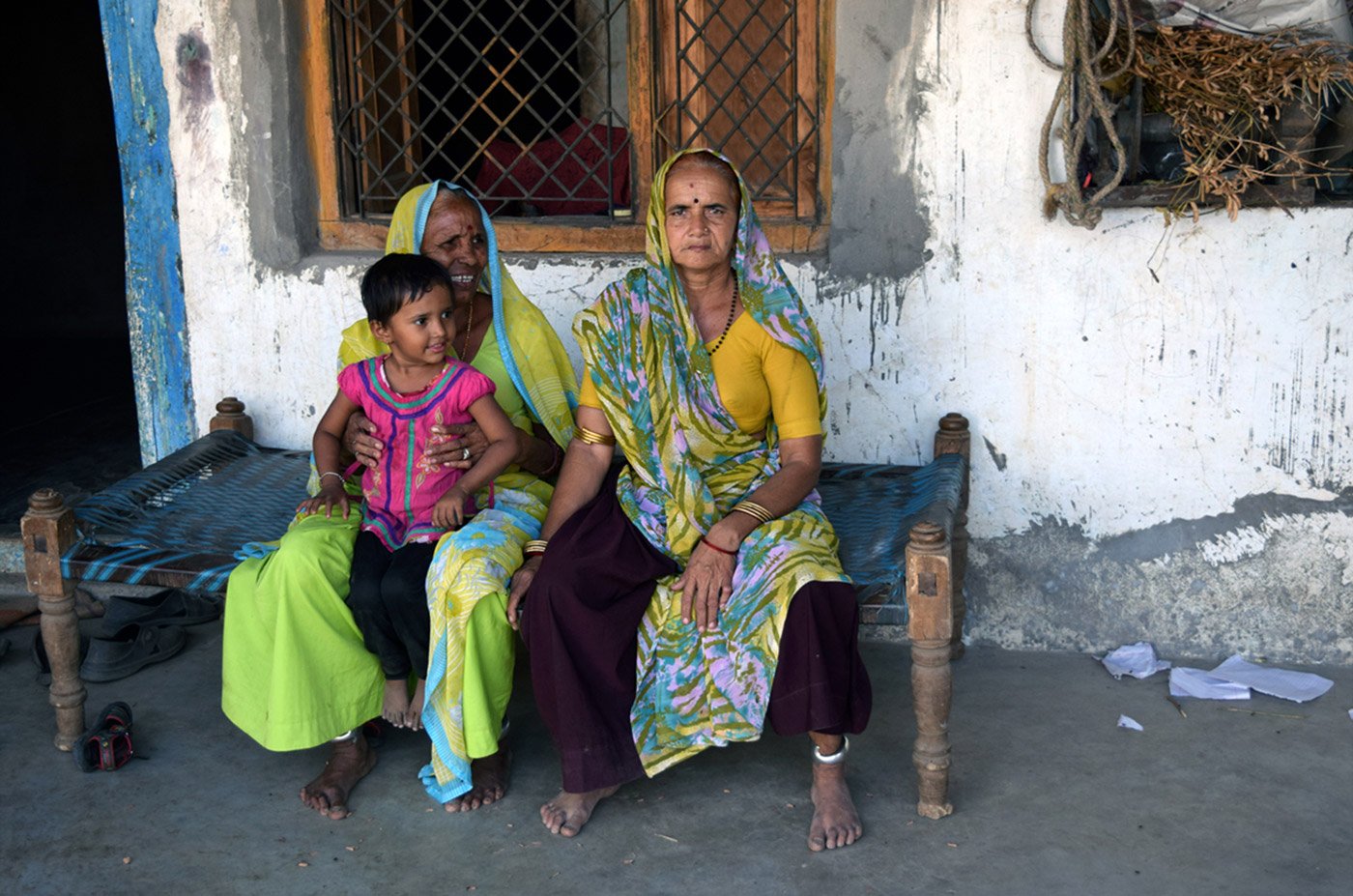 The temporary ‘chairwomen’ of Banswara

In many villages of Rajasthan and across India, women are custom-bound to sit on the ground. It took some persuasion to photograph them in three villages of Banswara district sitting on chairs or cots, and allowing themselves a symbolic elevation

‘ Hoon jano, hoon khabar?’ (‘How do I know what it is?’ in the local Waaghri dialect)

In the villages of Bori, Kharveda and Semalia in Banswara district of Rajasthan, while interacting with the women, I noticed that most of them sit on the ground, either on a mat or without one. The men and elders always sit up – on chairs, on cots – though in the presence of men, elderly women sit on the ground, even if they are ailing. This is true for children too – boys sit up, the girls don’t.

Most of the people of Kharveda and Semalia are farmers. They were traditionally weavers, but it’s been a few generation since they stopped weaving. In Bori, some of the women are also dairy farmers.

When asked, they all said it was the custom for women to sit on the ground. Once married, the daughter of the family may sit up when she visits her parents’ home, but the daughter-in-law must sit on the floor.

The women sit on the floor not only when they are in the same space as men and village elders, but also when visitors like me are around – that is, whoever they perceive as more powerful or privileged than themselves in any way.

We gradually began discussing this in a self-help group. They were cautious about not offending their elders and in-laws. Some wanted the practice to change, some wanted it to remain.

Over time, they all agreed to be photographed sitting on a chair, a cot or a raised platform. They would often insist that I take the photographs indoors, or in their backyards, or with their sons on their lap.

A few were lighthearted about this, for many it took a lot of preparation to allow themselves this momentary symbolic elevation. 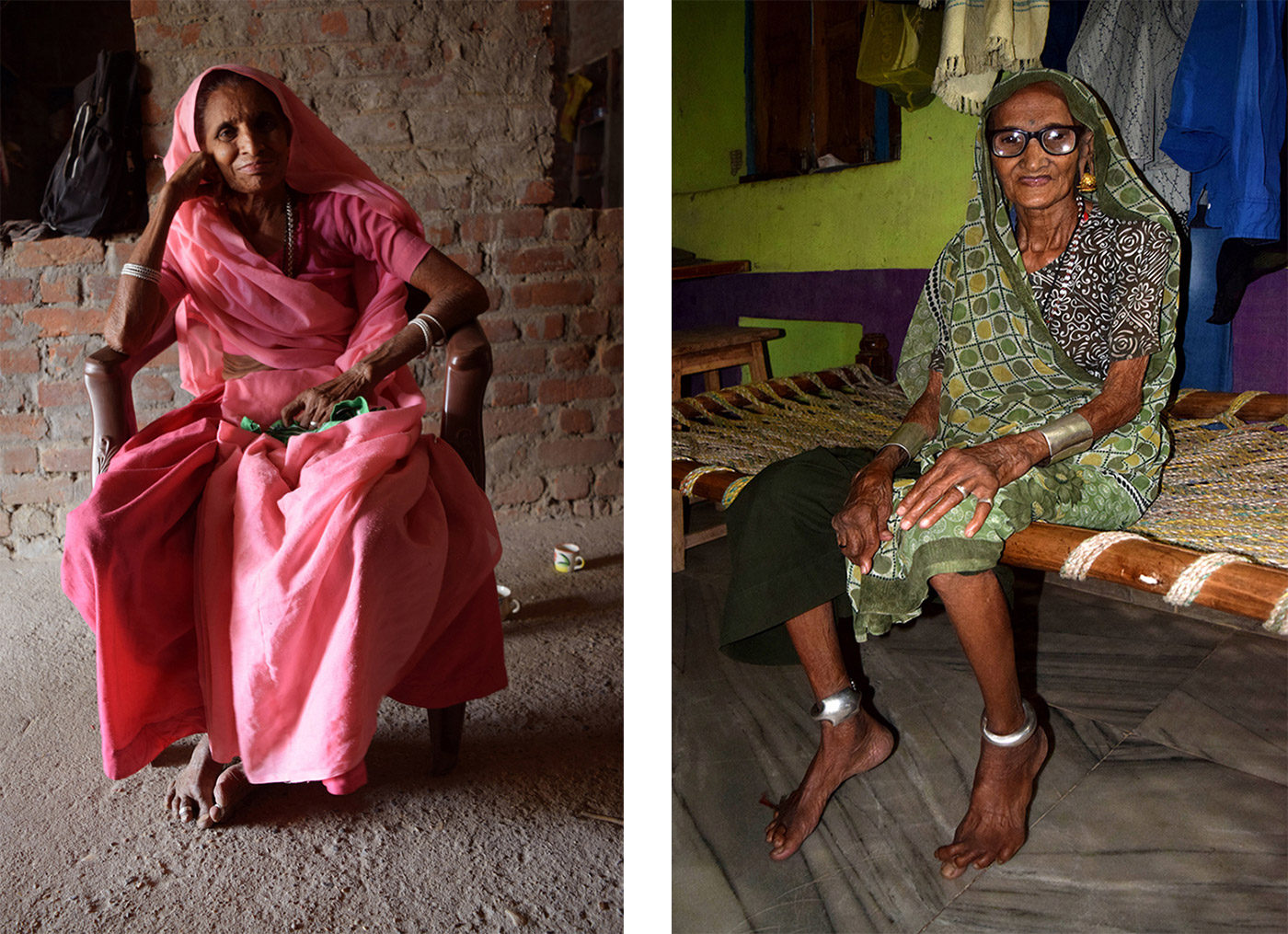 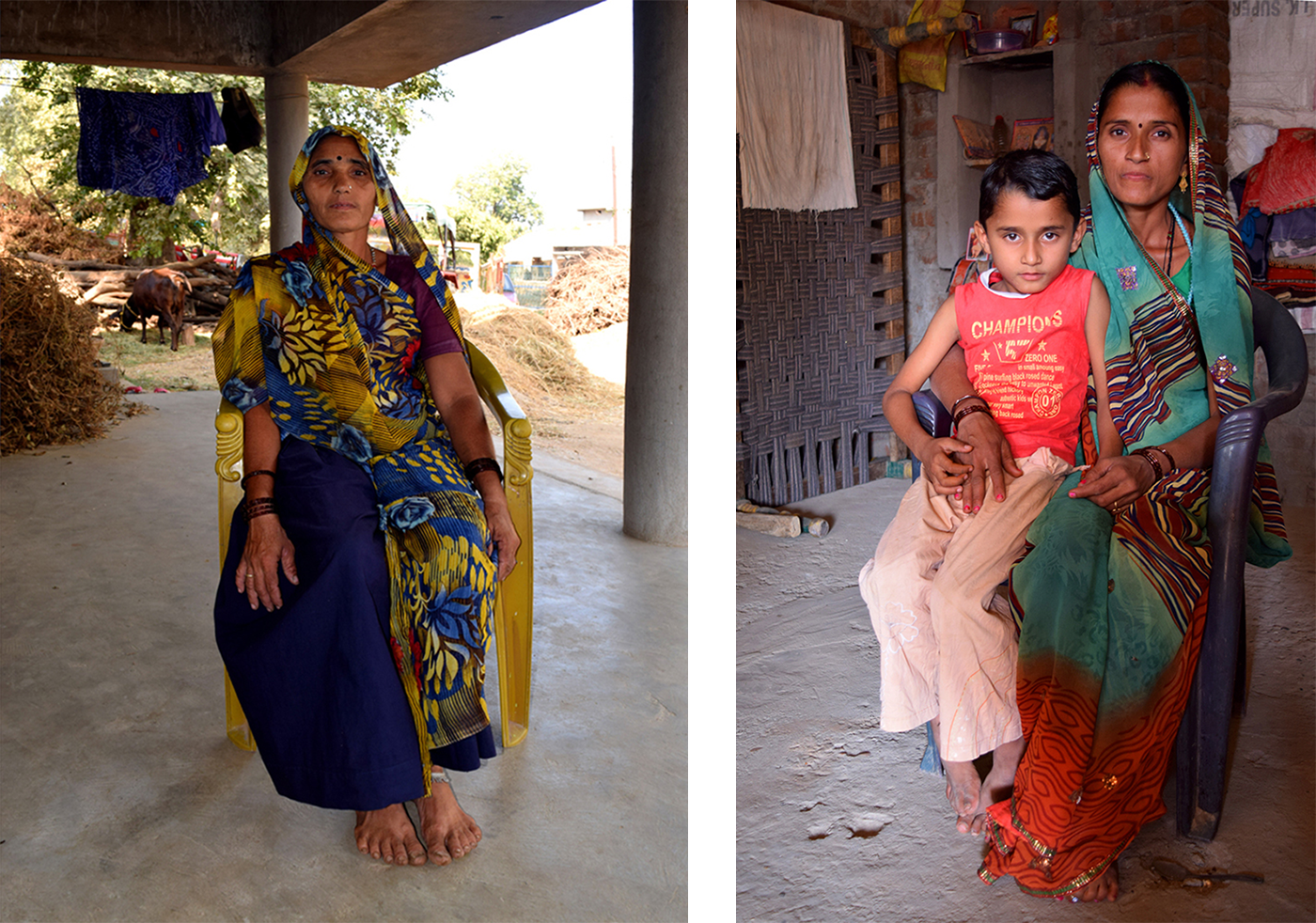 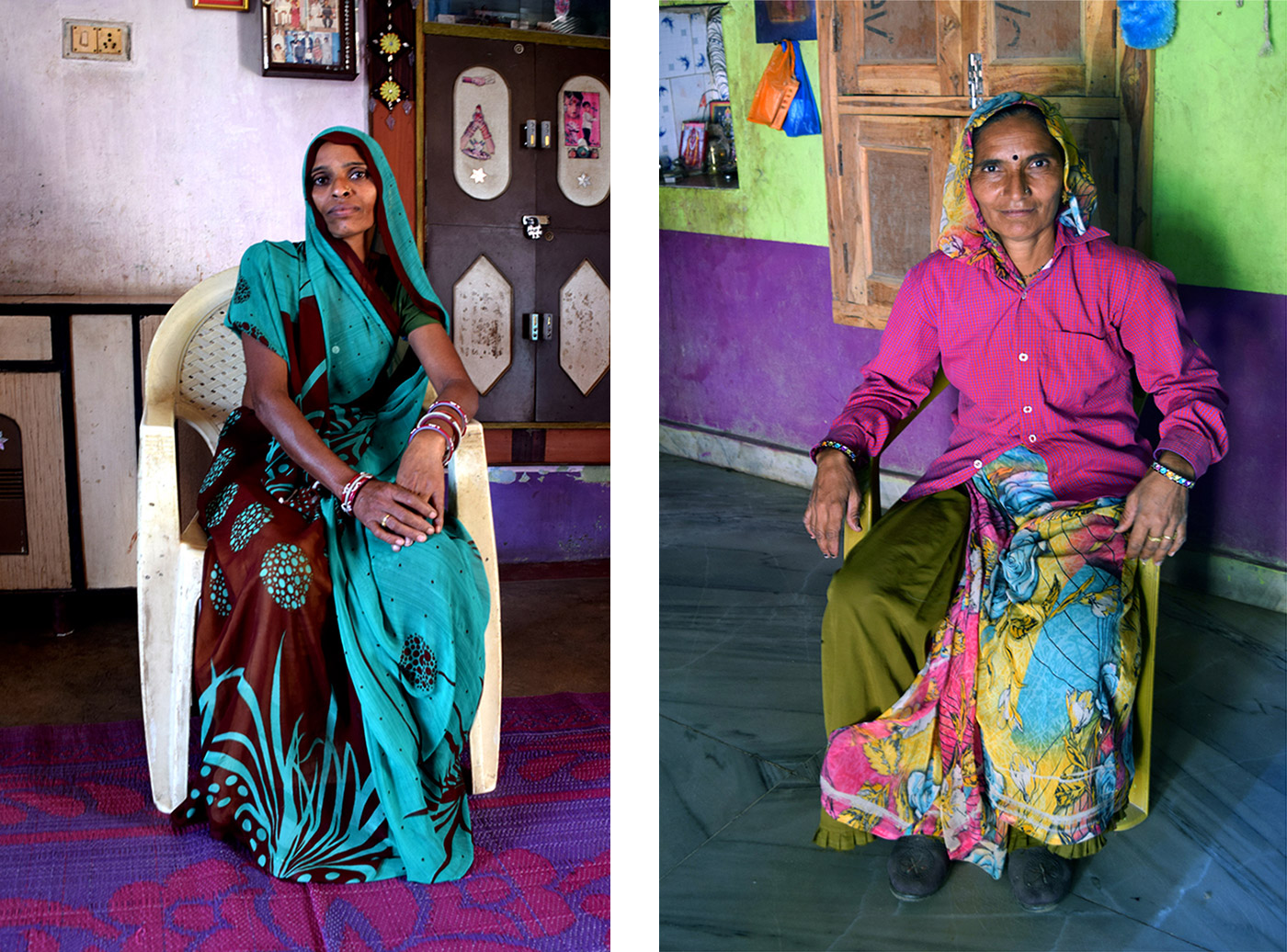 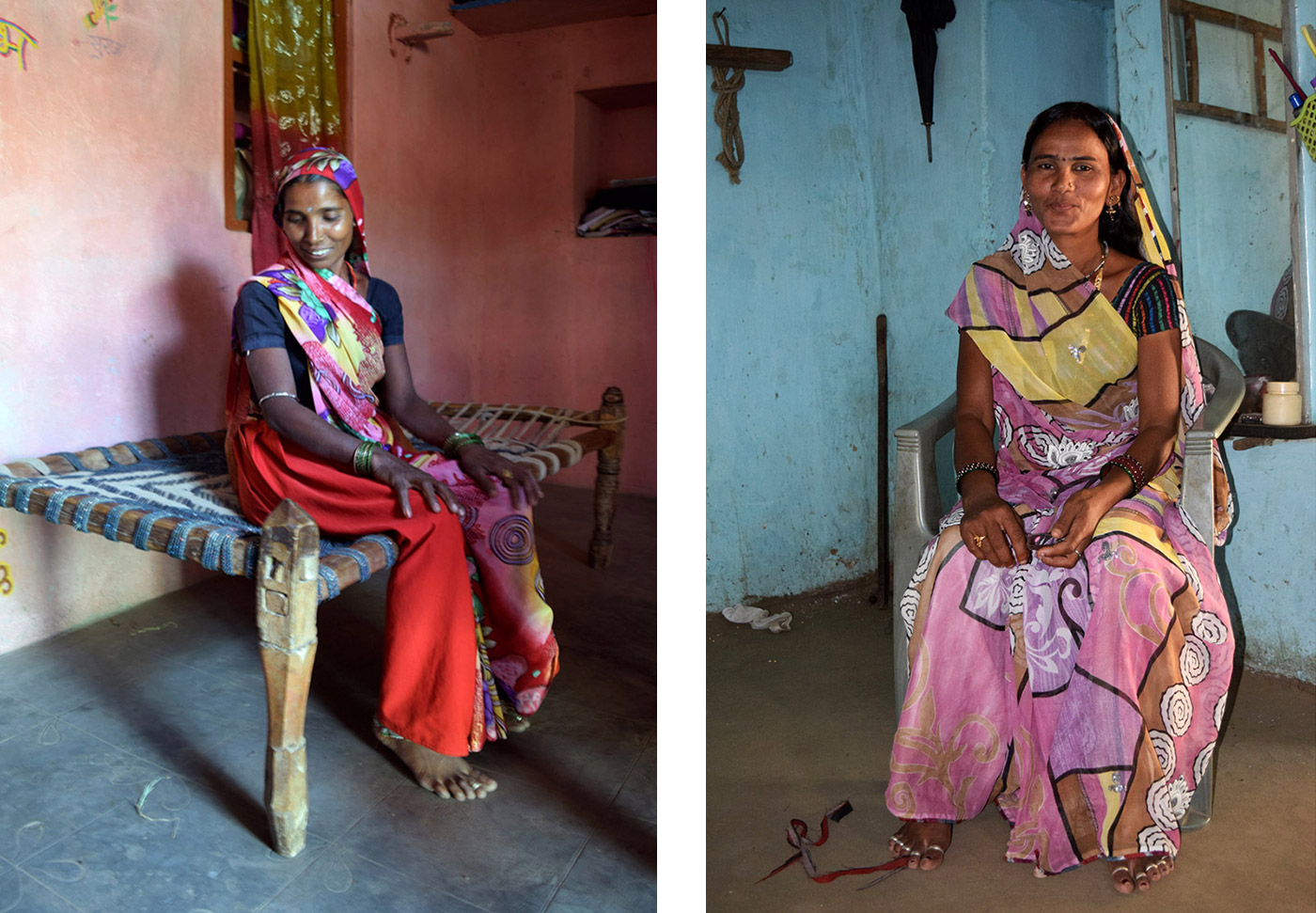 Nilanjana Nandy is a Delhi-based visual artist and educator. She has participated in several art exhibitions, and has recieved a scholarship from the Pont-Aven School of Art, France, among others. She has a master’s degree in Painting from the Faculty of Fine Arts, Maharaja Sayajirao University of Baroda. The photographs featured here were taken during an artist in residency programme in Rajasthan called ‘Equilibrium’.

Other stories by Nilanjana Nandy