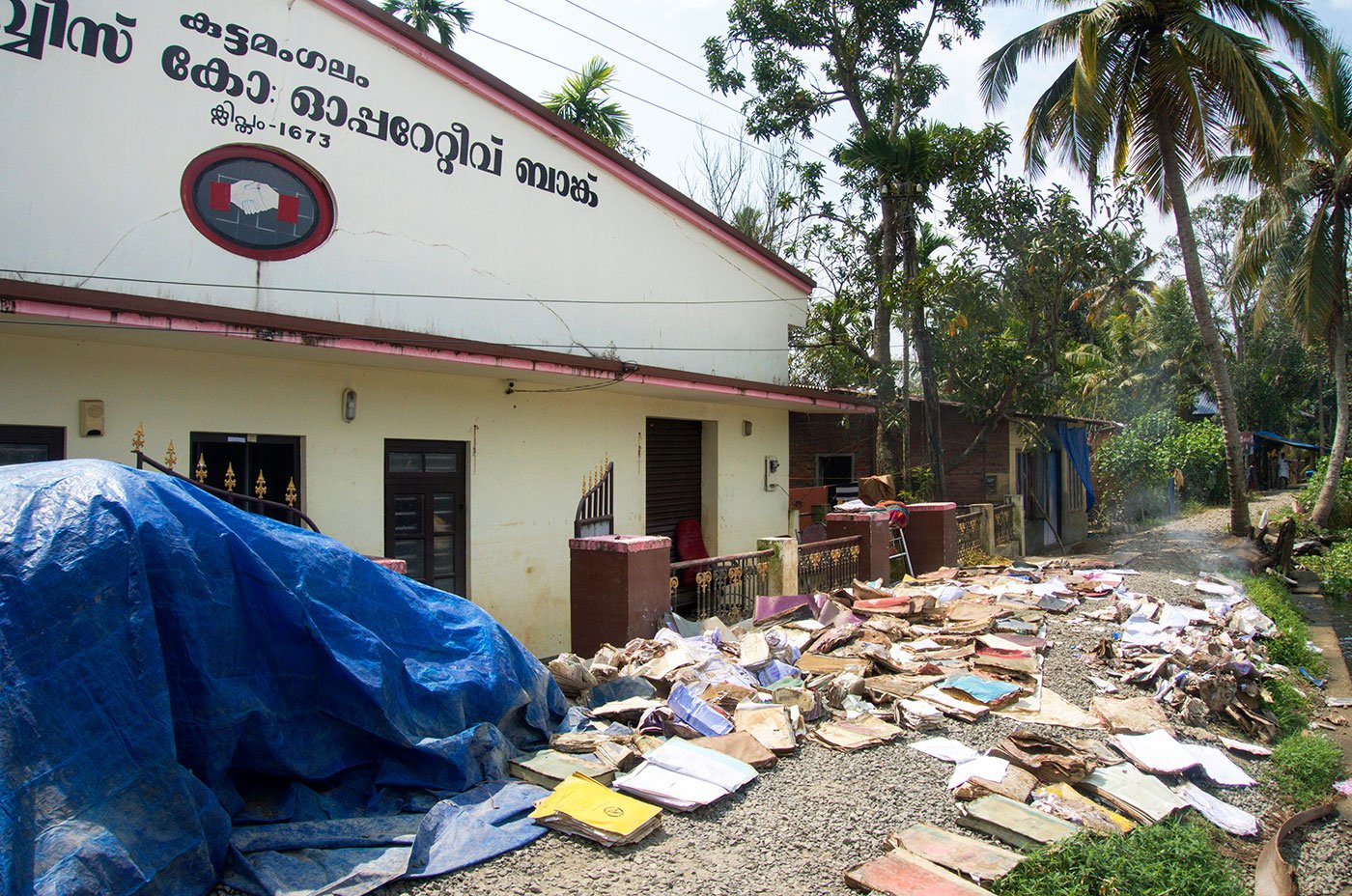 The bank that went under – almost

After the floods in Kerala, the clean up underway requires retrieving and rescuing countless thousands of valuable records and deeds, without which many activities could be paralysed for a long time

Chaotic, messed up, bewildering – all sorts of things lie drying out on the banks of the Kuppapuram lake. Even banks.

The Kuttamangalam Service Cooperative Bank, standing barely 8-10 feet from the lake, is still recovering from the devastation of the August floods in Kerala. It has heaps of material lying out alongside the very water body that flooded this branch. So does everyone else in Kainakary panchayat – there is no other place to dry your stuff. Except that with a bank, that stuff includes ledgers, files, deeds, vital documents.

As we look around, we’re hoping all the bank’s records have been computerised. The sight of computers also drying out and being cleaned up isn’t reassuring.  This part of Lower Kuttanad region in Alappuzha district lies mostly below sea level. Flooding from the rains and rampaging rivers in August meant tens of thousands had to be evacuated to relief camps elsewhere. Most returned to devastated homes two weeks, or more, later. Only to find many of their houses still under water.

“The waters rose to the level of the front door of our building,” explains bank cashier Girish Kumar H.  And in so doing, swept over and submerged all within. That the bank’s vault is at a lower level, something like a half-basement, made things worse. The vault door seems immovably jammed – mercifully in a half-open position. Inside, two old fashioned-looking cast-iron safes bear the rust, corrosion and marks wrought by the waters that engulfed them.

Along the narrow banks of Kainakary village’s canals, we’re gingerly stepping around what people have laid out to clean and dry. Furniture, mattresses, refrigerators, school books, children’s homework, blankets and clothes. Here a Bible, there a Bhagavad Gita – even a Kisan Credit Card.

But there’s a resilient response to the chaos. Everyone is pitching in to sort out the mess and get on with life. Inside the bank, its staff must have slaved endless hours to get things back into some order. They’ve cleaned the water out of the vault level, dried out several ledgers and records, and reorganised the office. Well, as best they could in these circumstances. It’s a tough fight. Many files and ledgers smell of, and are visibly affected by, fungus and mould.

Still, through the flooding period, the bank’s staff salvaged all they could. They managed to shift 5.5 kilograms of gold, quite some cash, and title deeds of various properties to their district headquarters in Alappuzha town. The president of the bank, P.G. Sanal Kumar, told my colleague (and PARI Fellow) Sasikumar V. on the phone that all their accounts and the most valuable documents were backed up and safely stored in a server in Bengaluru.

That’s good to know. Especially when the threat of another round of heavy rains looms over Kerala. 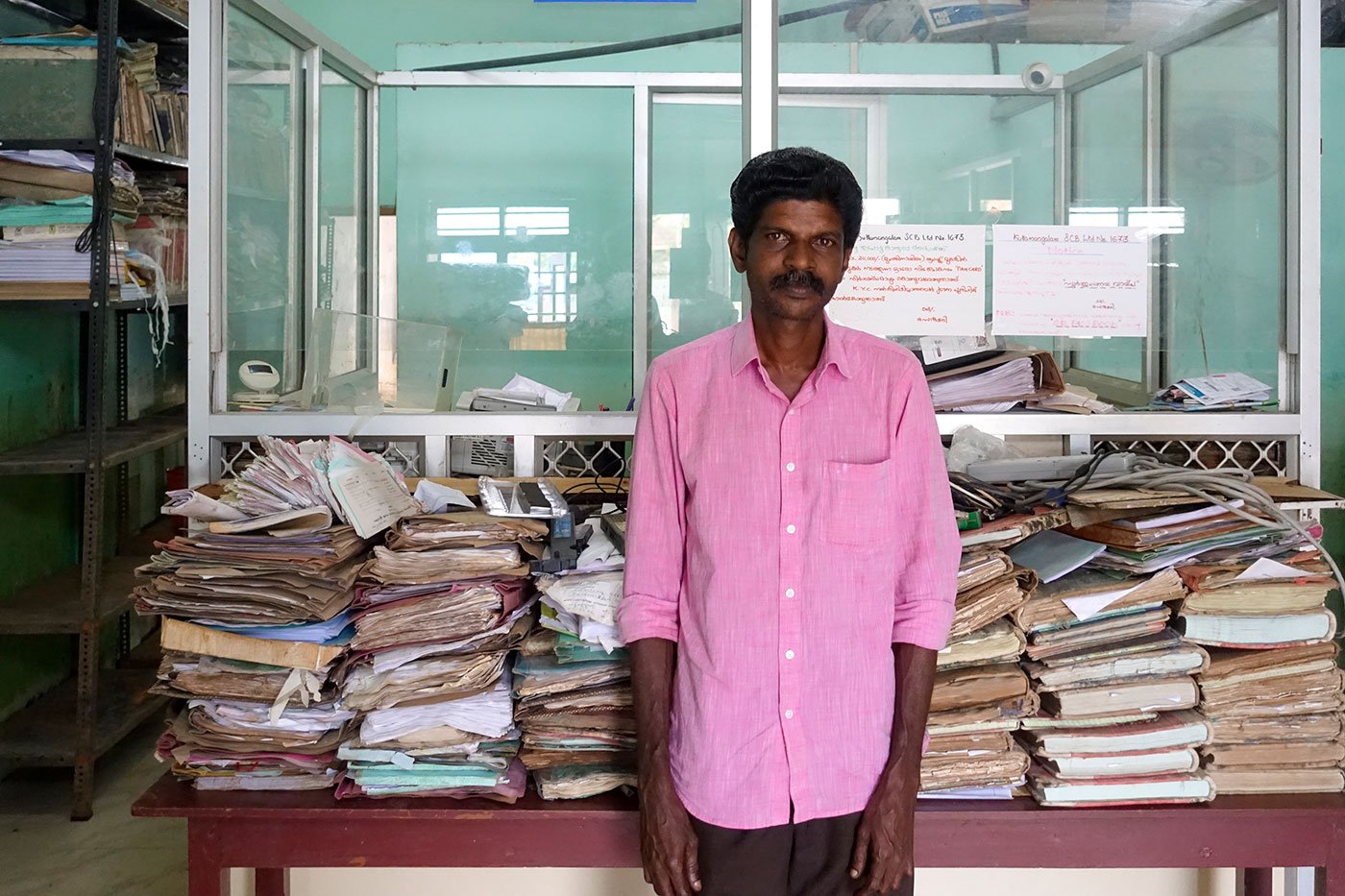 Girish Kumar, a cashier at t he Kuttamangalam Service Cooperative Bank, was among those doing the daunting clean up job after the floods 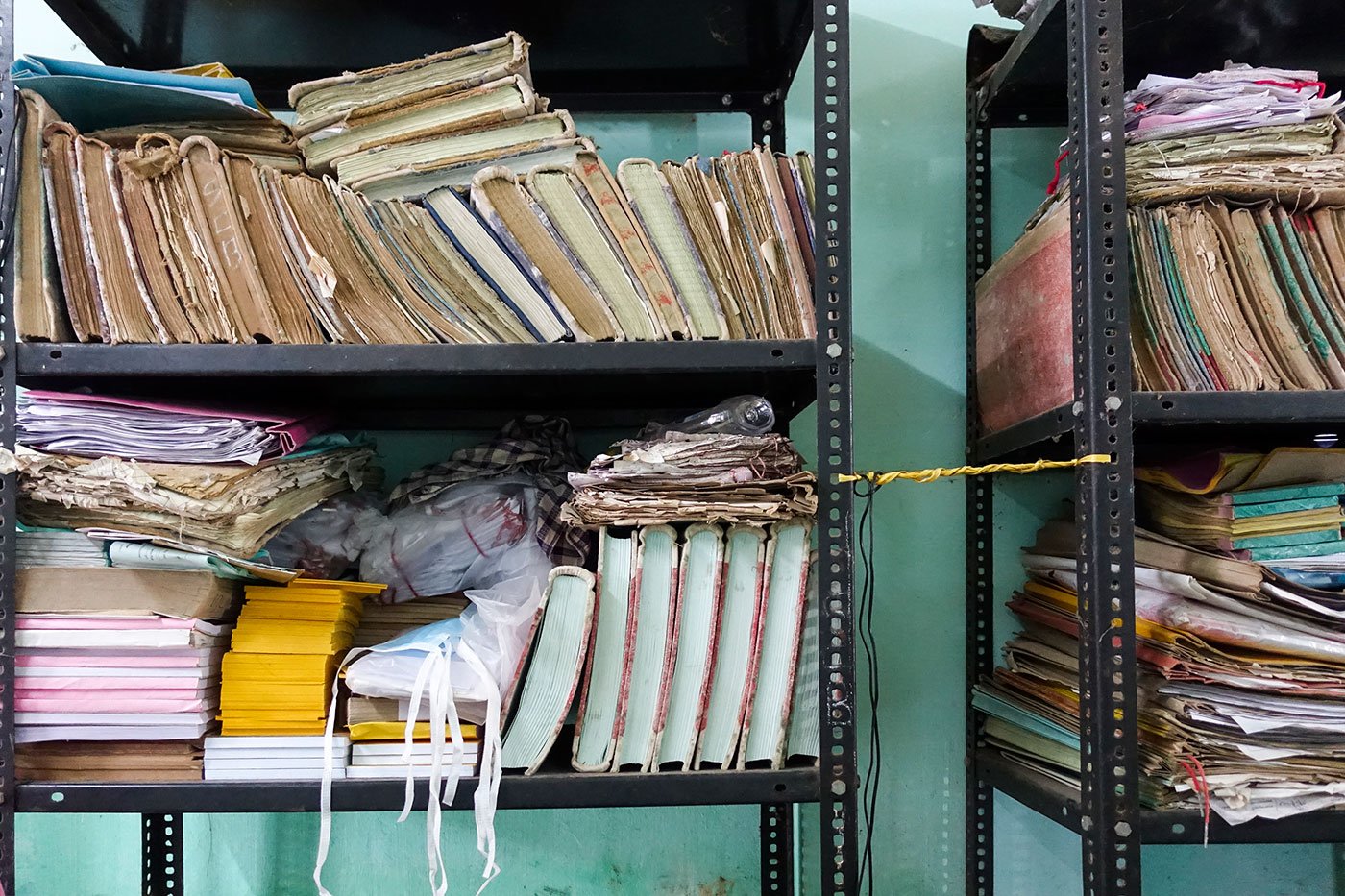 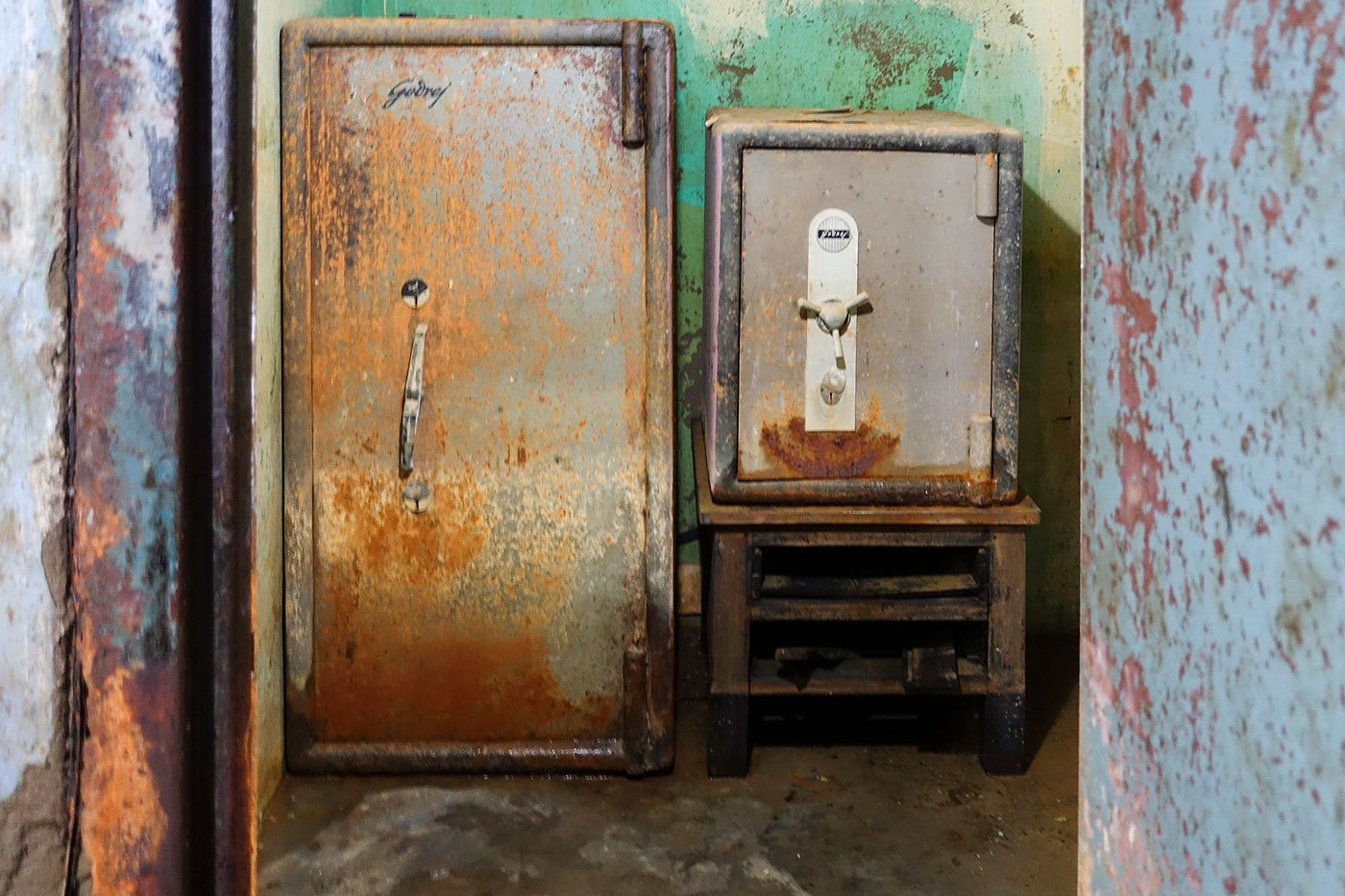 These two iron safes, in the bank’s vault, display visible effects of their days under water 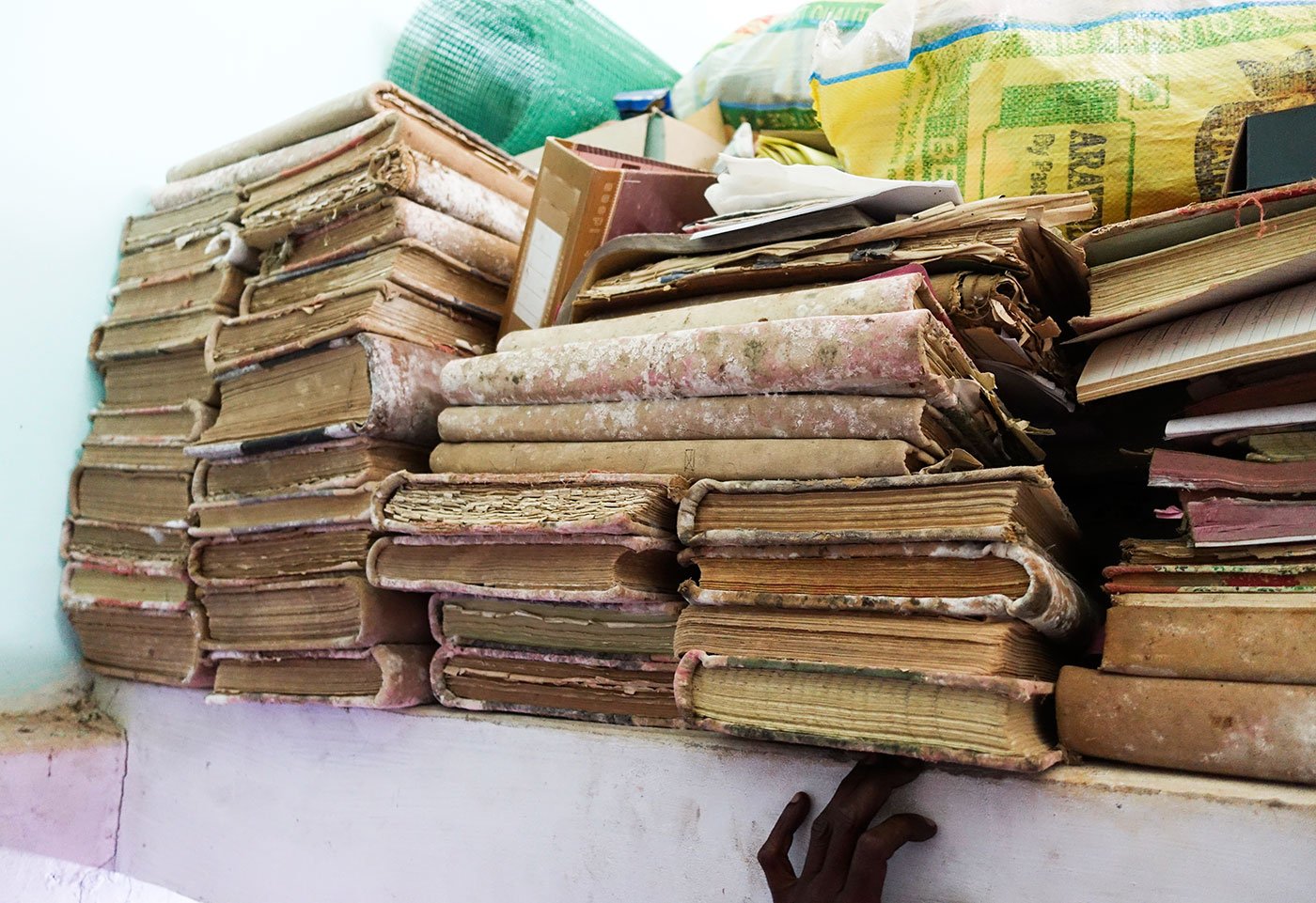 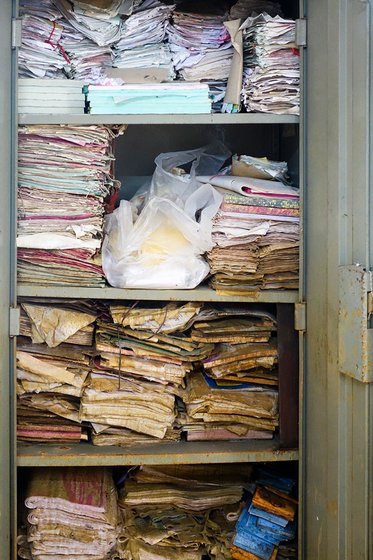 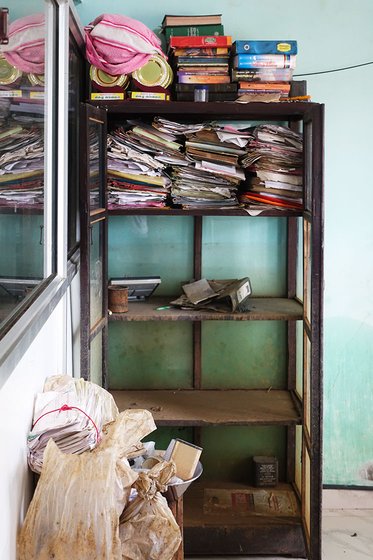 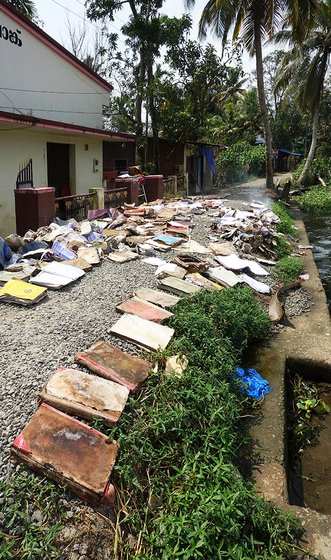 Documents, files, books and records, stuffed in steel bureaus, on top of racks and drying outside the bank, barely a few feet from the lake 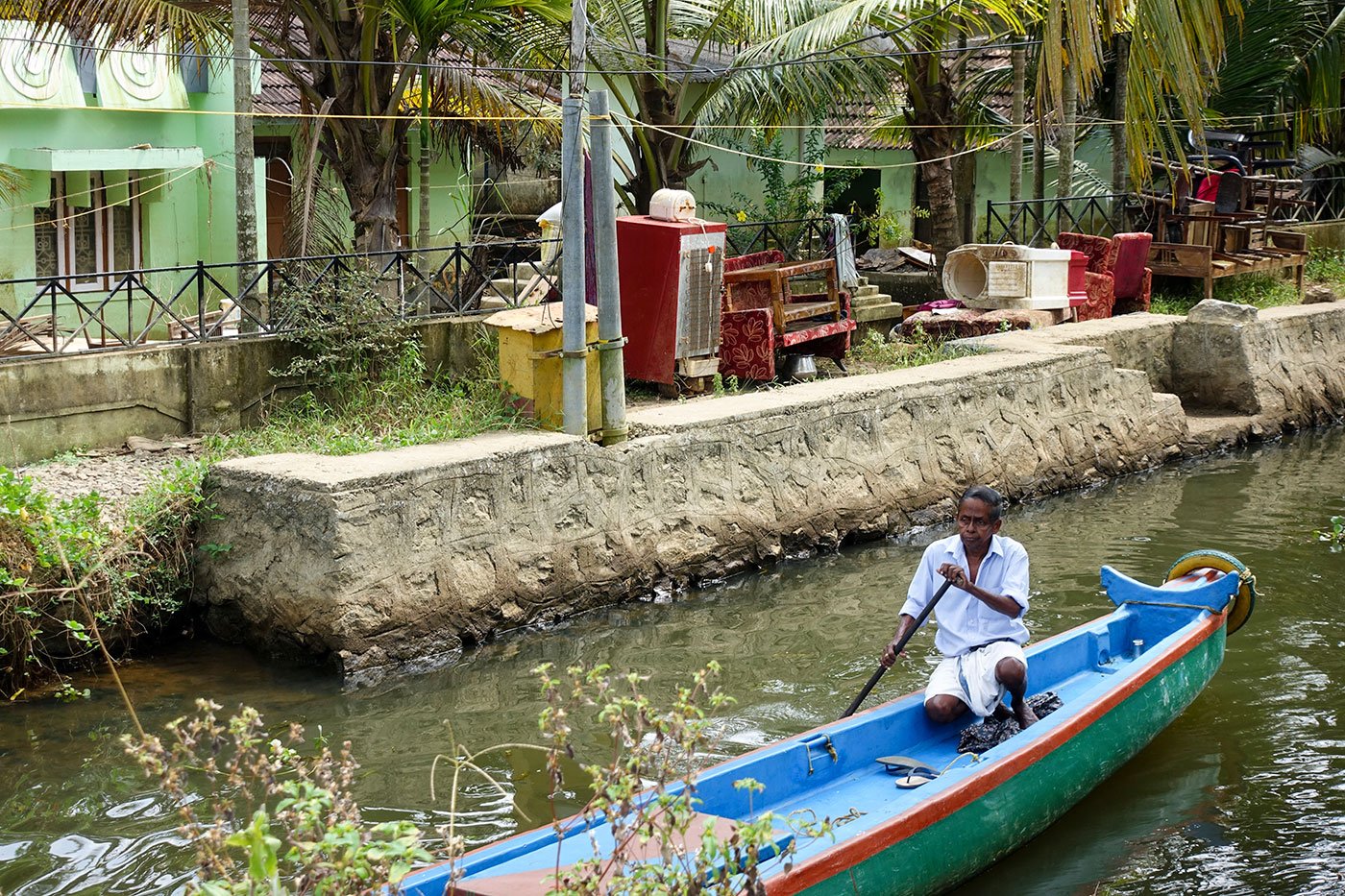 A resident of Kainakary paddles stoically past the mess of household stuff piled along the banks of the canals, not far from the bank 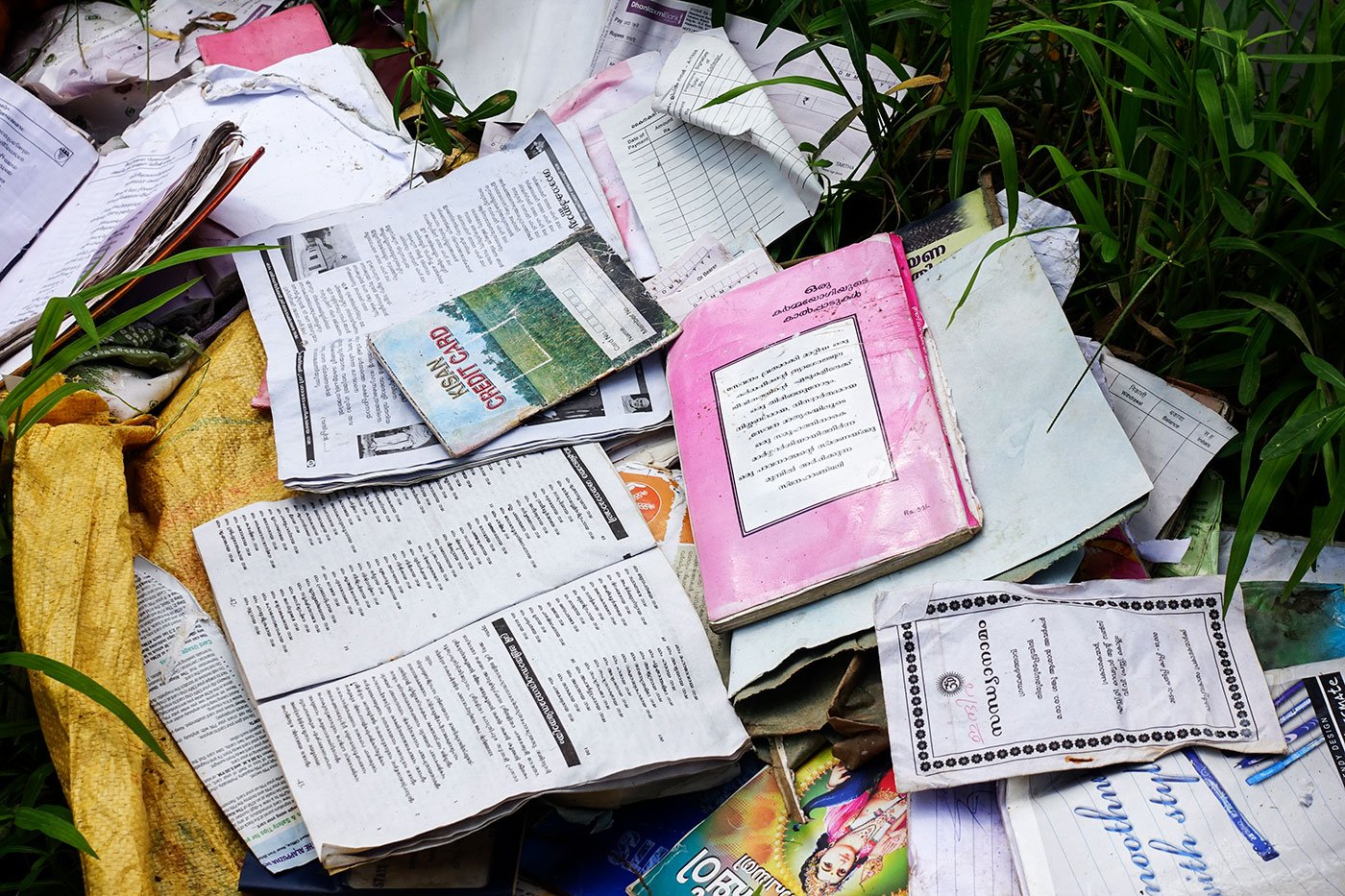 A Kisan Credit Card passbook has its day in the sun. Nearby are a Bible and a Bhagavad Gita doing the same 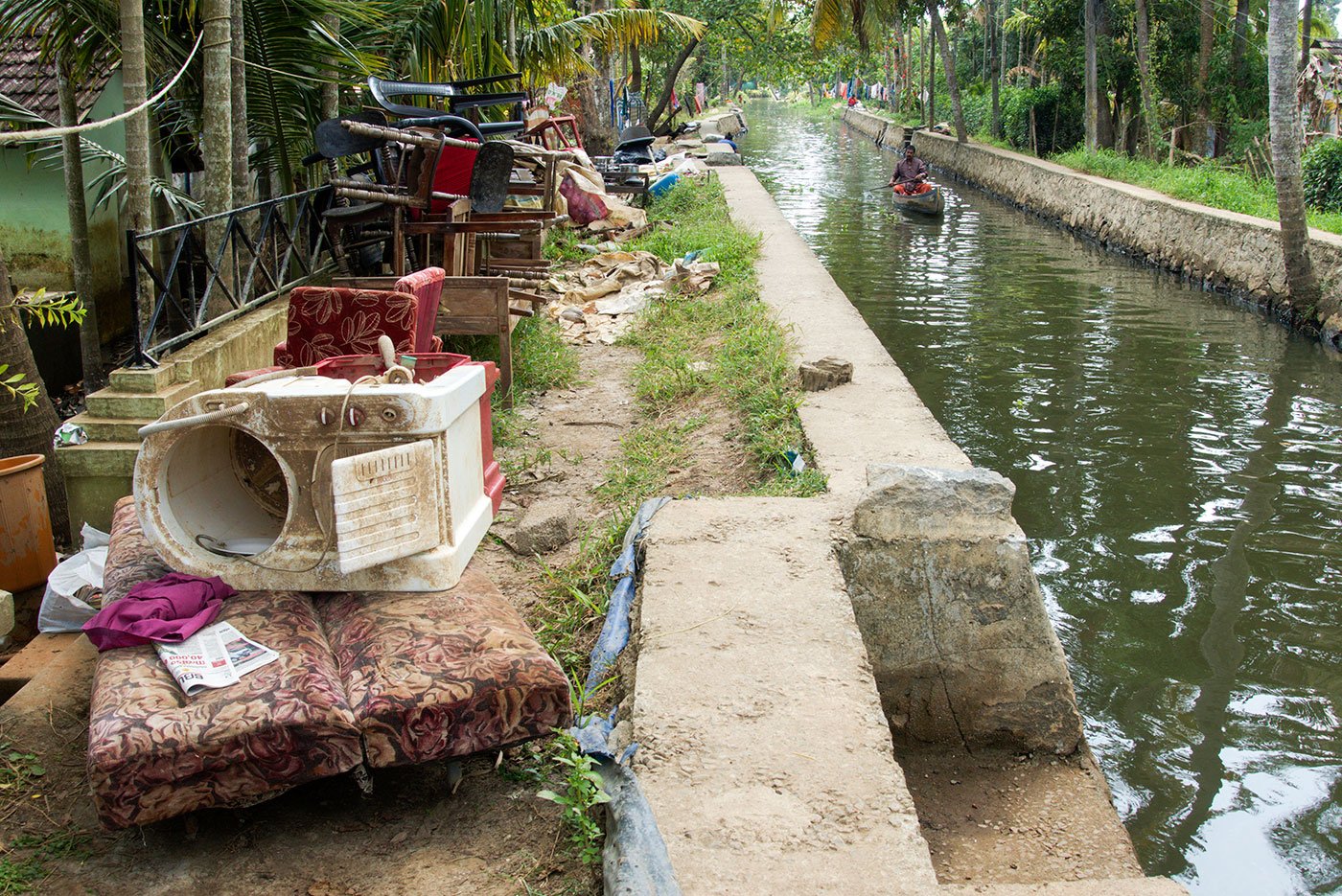